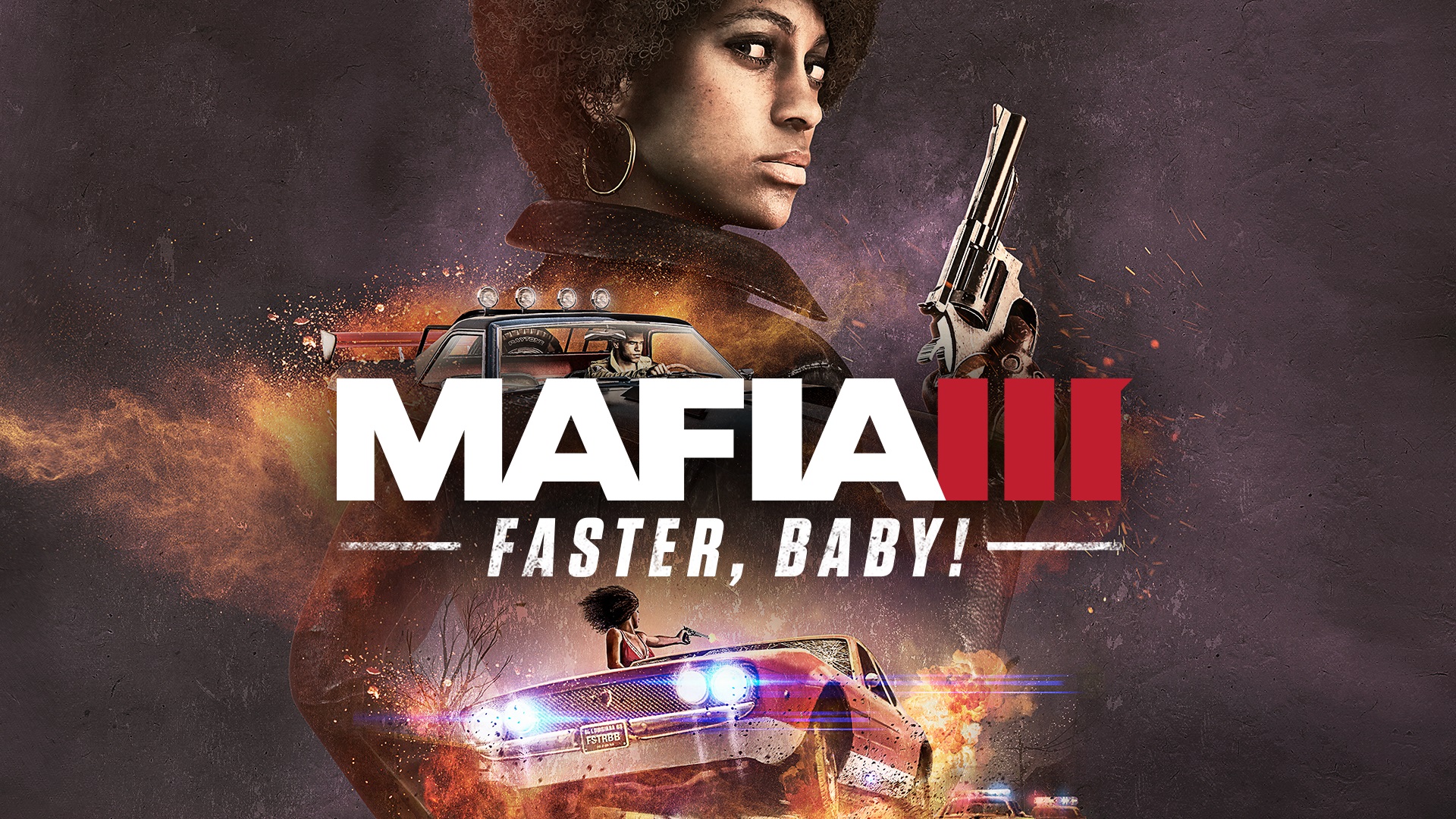 A racist small town sheriff is keeping his town white by force, a sundown town. Evidences have been gathered against him in a file that he manages to steal from a human rights movement activist after murdering him. It’s up to the player to help the african-american community of Sinclair Parish, bring the sheriff to justice and grow some naturally relaxing herbs for the resident of New Bordeaux!

It’s clear already that Mafia III does have problems, a lot of them. Story hasn’t ever been one of the problems on any Mafia game, even when this third one is different from a new developer, i still liked the main story. Even though i could only enjoy it here and there between many repetitive missions, i got what i hoped for. So i was hopeful when i was going back to New Bordeaux with some more story, and a completely new district. New mission popped up instantly when i loaded my save, and i started driving towards it. After a brief intro that showed me the racist nature of the sheriff and set up the plot, i was instructed to set my course towards the town of Sinclair Parish with a completely new character named Roxy, who reminded me quite much of Cassandra from the main game. It was near, but still felt like it was far. There was a road that took a few turns, giving the illusion that it’s a good drive away from New Bordeaux, instead of being another district of it. Exactly like it was meant to be, just a small town.

Roxy acted as angry, voice was similar (to my memory) and everything about her brought Cassandra to my mind. I was sure the feeling would go away once i saw more of her and learned about her story/personality, as we got into a car and started driving.The story missions start right away, the first patrol you encounter started chasing me for being a suspicious person. I was hoping to explore the new area a bit first, but i saw only glimpses of the area when we were flying through cornfields with the law on my back, Roxy hanging out the window shooting the deputies. 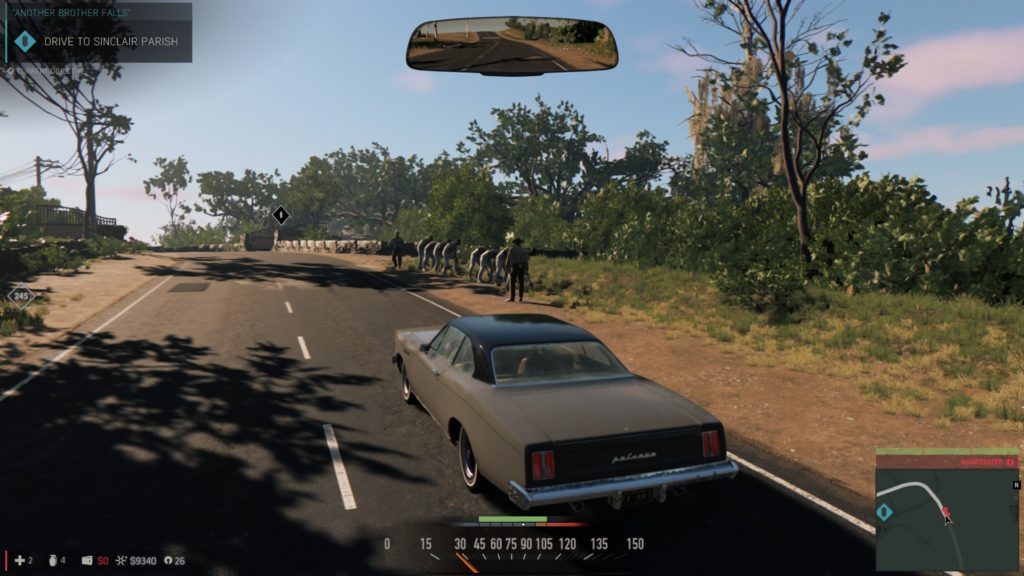 The people you meet…

DLC features three new major characters: The sheriff Walter “Slim” Beaumont, Roxy and her veteran hippie friend called MJ that seems to run quite a successful weed business on the side while helping to fight the racism. Characters are well written, but i would have wished a bit more edge to the sheriff.

He does bad things, but is still missing something to really make the player despise himself. He is clearly the weakest written character of the three, and his screentime is also the shortest. A bit longer story would have fleshed him out more, since the dialogue painted a picture of him being a real racist bastard using violence and intimidation to keep his town white. When you really hate the villain, it makes you enjoy the story much more. He wasn’t a disappointment, but had a lot of unused potential.

I already mentioned Roxy being similar to Cassandra, and my mind didn’t change over the course of the dlc. I could very well imagine Cassandra acting the way Roxy does, saying the same things, thinking the same way. I did like her as well, but the similarity disturbed a bit. She was Cassandra to me in my mind, maybe in her youth years when she was making name for herself and taking care of business.

MJ is the good white-guy helping us to bring Sheriff to justice, he is the stereotypic hippie we’ve seen countless times. They rarely offer anything new, always growing weed and have decently funny lines to say, but i still like them whenever i encounter them.

This dlc is short. It really is, takes about an 1,5 hours to complete all the missions. MJ is responsible for the “end-game” content: weed growing. You can upgrade your growhouse when you get better and more successful, and MJ says he has a “special prize” in store for you when you reach max level. Even though the plot is enjoyable from beginning to end, it feels rushed. Like something was cut from the middle, everything just suddenly escalates to an all out fight. A couple more scenes would have been nice to see, there are locations on the district that weren’t used in the story, but could very well have been. Maybe fixing the problems this game has faced took time out from dlc development?

Missions itself are fun, they are varied unlike in the main game. We have sneaking, car chases, causing havoc in town by driving through shops and destroying stuff. That’s the upside of the short playtime this dlc offers, it won’t get repetitive at all. I finished this on one sitting, and had fun all the way through. There was also new feature added to the car chases: There was a truck full of logs here and there that i could shoot and let the logs roll to the road, preventing my pursuers from following me. Interaction is always great, especially on open world games. 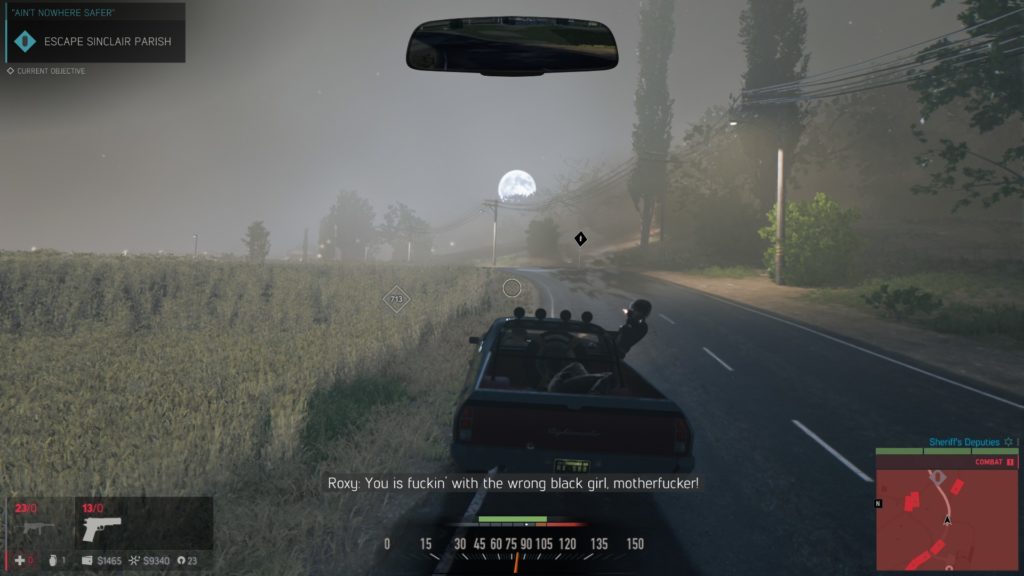 One thing that was promised to us was a lot of jumping points with cars and utilize them in the missions. This isn’t exactly true on the mission part, there were few jumps but nothing really special: The usual jumping through bulletin boards, or to buildings second floors. Some of them seemed to be scripted when you just ride onto the ramp. There were times when i didn’t have much speed while entering the ramp, but i still jumped far. This felt quite strange and broke the immersion a lot. While free-roaming, jumping points are plenty all around Sinclair Parish, driving around is fun, jumping over rocks, and houses while keeping the speed up afterwards until next jump did feel good and entertaining. Especially with the awesome car we get after finishing the story, handling is great and compared to the normal slow and cumbersome cars, this one feels great to control in high speeds. I actually even ventured outside the dlc area just to drive around with it. I can see myself using this car in the future dlc’s when driving around.

After the sheriff has been dealt with, what’s left? Nothing much really except the weed growing. New district is a small area so it’s quickly explored. I could see myself sometimes coming here to drive around, it really was fun, but other than that, i probably won’t visit Sinclair much. The weed growing didn’t yet strike to me as a reason to start up the game or keep it hogging up a massive amount of space on my SSD. It would have been a great feature to have in the base game, since it involves driving around hunting for new plants and growing them takes time. Now after everything else has been done, you’re left in an empty world just to spend time until you can harvest your crops. It’s interesting with assigning the delivery districts where you’re going to sell it, all the upgrades in your growhouse, but not interesting enough to keep playing if it’s the only thing left anymore in the game. It seems to be a pretty big minigame, i haven’t yet finished it, and most likely won’t before the next dlc comes when i have other stuff to do also on the side. 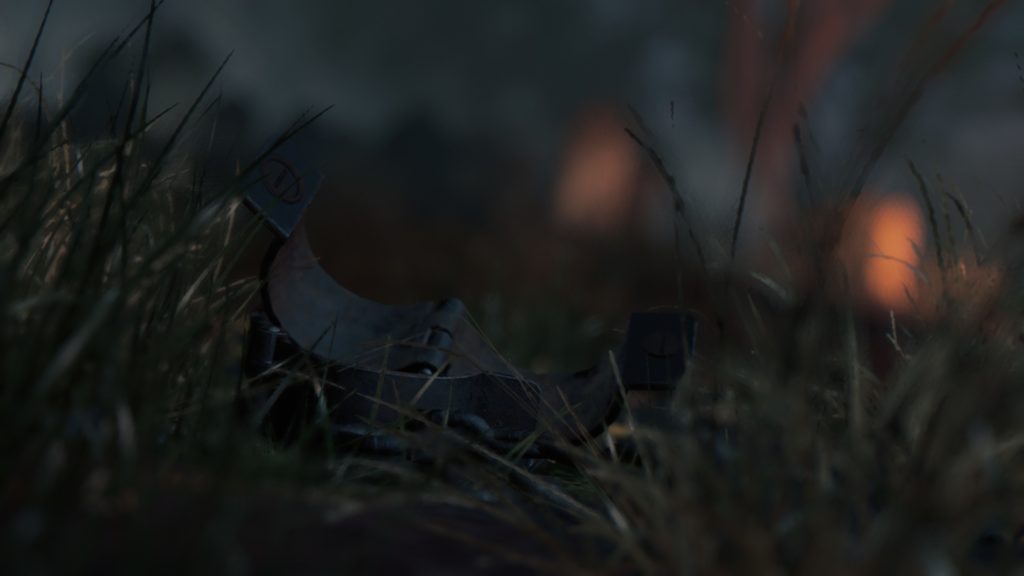 It stands at 14.99 euros at steam store, i wouldn’t recommend it for that price, especially if you’ve already done everything else in the game. It offers very little content for the money in the end. If you’ve got the season pass, or find it cheaper then do play it. Solid, but overpriced dlc. It’s a step in the right direction considering the main game’s problems with it’s empty world, shame that the weed growing mini-game is behind a paywall. It’s great and should have been in the base game ages ago.