Captain Lycop: Invasion of the Heters is a 2D twin-stick shooter space adventure. It’s one of those games that are in the same vein as the old-school “Asteroids” title. The player takes control of Captain Lycop, who pilots a battleship and carries out missions for the greater good. Most of these missions involve taking out other battleships in a bullet hell-y style combat system. The game was developed by French indie studio; Aéronie, and it seems to be their first title on Steam.

Although the graphics look dated, they also seem to be intended that way. The style choice invokes nostalgic memories of older similar games, and even the cut scenes that include rough shapes and polygons are reminiscent of older space titles. Specifically from the early Nintendo and PlayStation era. That being said, the character design lacks more detail than it should, the faces are basically pixels thrown together, though they aren’t seen often enough to consider it a major issue. The animation quality and particle effects are very standard, but they get the job done. These aspects are important in games such as these due to dodging, and differentiating attack types. The game offers a few different locations to explore, though the terrain does not change that much graphically. The game is not demanding at all and can run perfectly fine on any low to mid-tier set up. 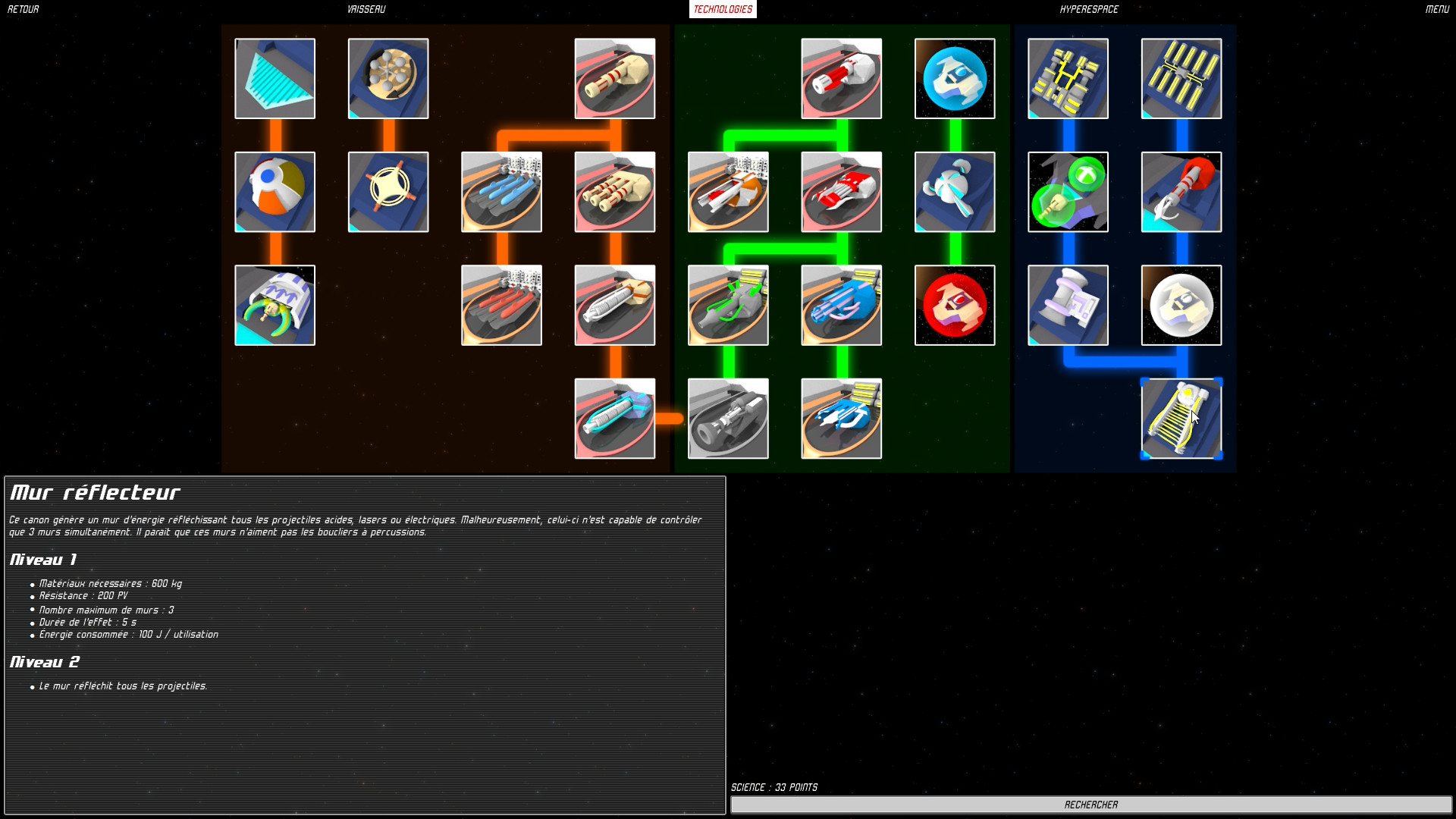 The game’s soundtrack is actually quite decent. The music will often match the situation within the game, and during combat. There are a few tracks that will play consistently throughout stages and may not stick out during moments of intense concentration or battle. Other than the soundtrack, the rest of the sound assets throughout the game are very generic space themed noises, which is fine as it fits in with the game’s motif. 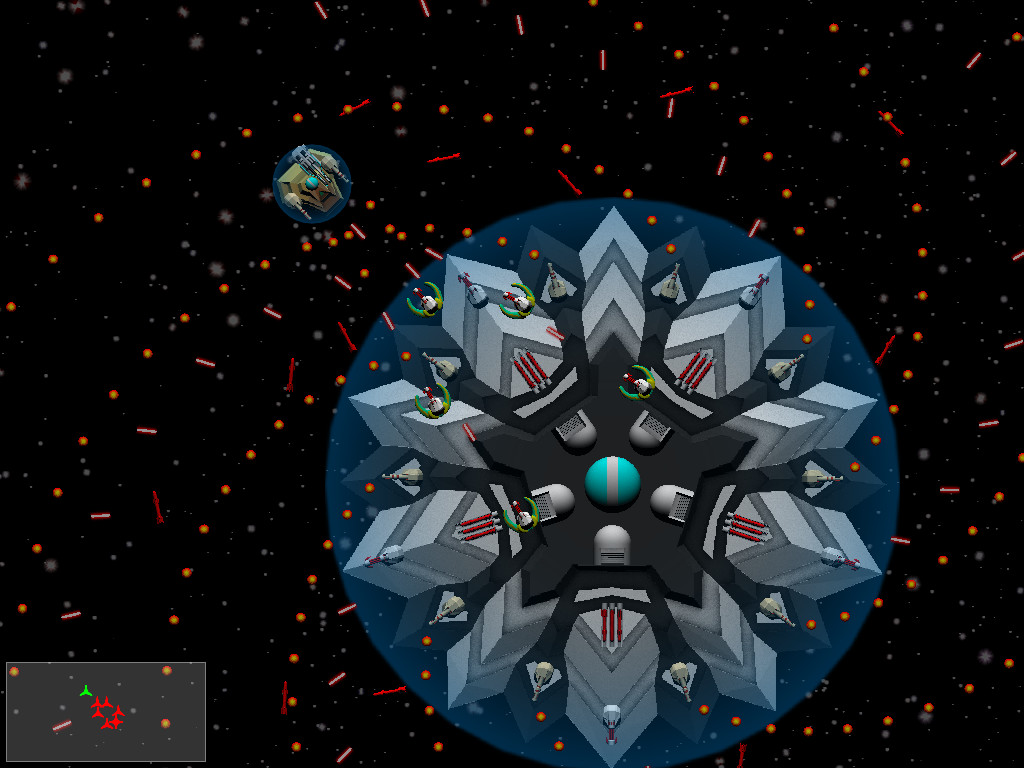 The game-play is very solid. The player pilots a ship through various stages trying to defeat enemies as well as manoeuvring around any environmental obstacles in the way. When the ship’s hit points reach zero, it will explode and the player will have to restart from a previous checkpoint. The battles are difficult and are meant to be so.

There are a few abilities that the game will provide in order to assist with battling enemies. Players can fit their ships with different weapons that can be crafted with accumulated scrap metal. This metal can be obtained from destroying enemy vessels or terrain. There is a skill tree system which allows the player to research certain upgrades and technologies. This can give the player various upgrades to their ship, as well as new weaponry.

The player is also given a few default skills that can aid them in combat. There is a speed boost key that allows the ships to move more quickly and an ability that even fire weapons a little faster. The shield regeneration ability is also available for use in situations where the ship’s shield is down or has taken heavy damage. 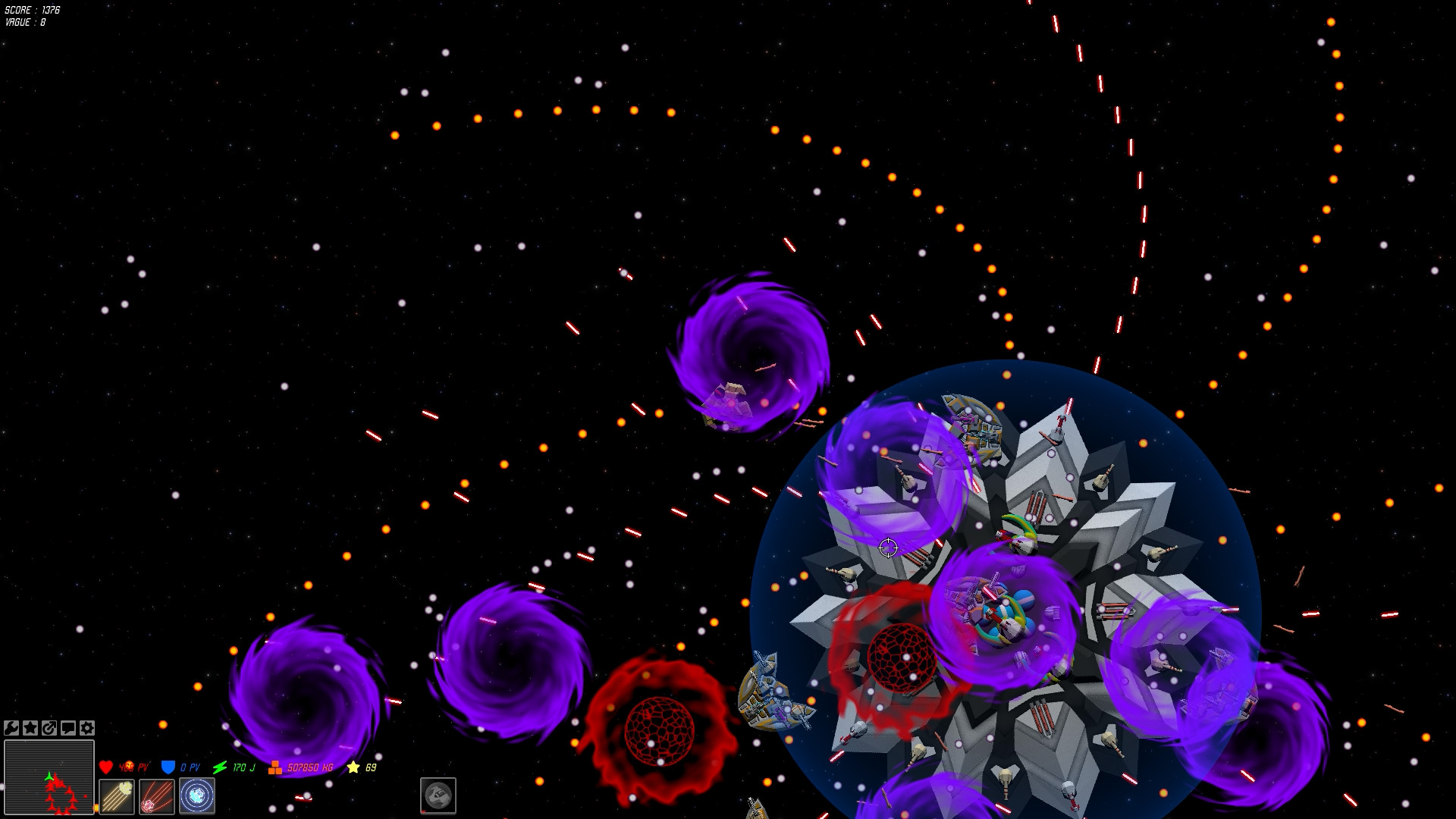 The game is incredibly difficult. I spent about 20 minutes on the first stage alone, which is more like the tutorial. I know the game can be played with a game-pad though I found the controls to be a little difficult to grasp. I encountered the same issue with the keyboard and mouse controls, though eventually I was able to get used to them.

I do feel that the game lacks a save feature, as it only saves your game after hitting certain checkpoints, which are pretty spread apart. Though I guess that also adds to the challenge of the game (albeit making things a bit repetitive). [There has been a new difficulty mode added since this review was drafted, adding more frequent checkpoints].

I understand this game is supposed to be difficult, and targets an audience that enjoys that kind of difficulty. So although this game wasn’t something that I personally enjoy, I can see how others might. I