Small European village is consumed by a mysterious green fog emerging from the darkness that sucks out the life from everyone that wanders in the darkness. Inquisitor’s exorcisms have failed to dispose the threat in time, and the resident have also met the worst fate. You are alone, sent for some reason that you can’t remember, into Greenwood Valley trying to break the curse and find out what has really happened. 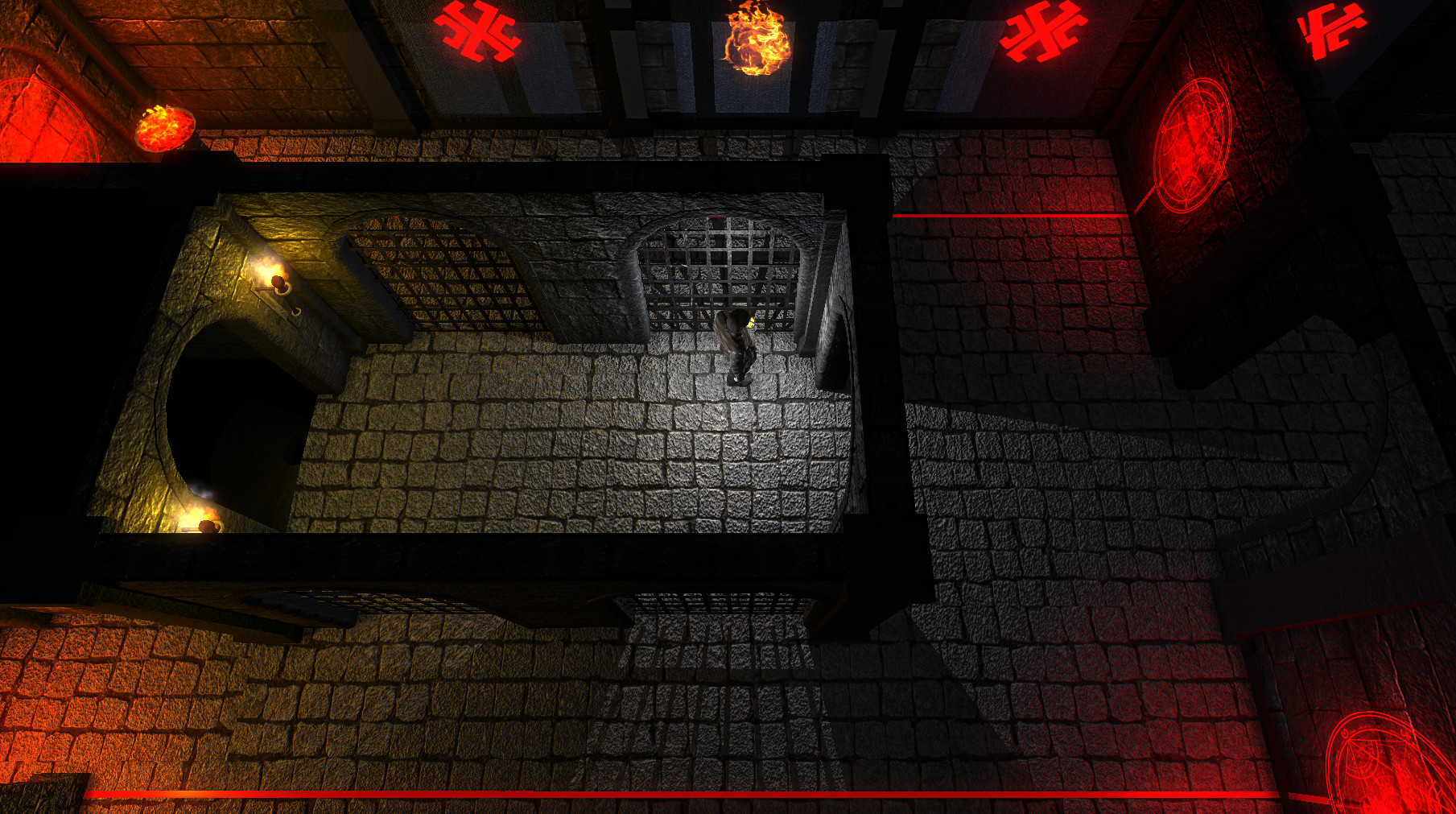 There was a small settings window when starting the game, and highest resolution was 1680 x 1050, graphical setting were automatically chosen as ”Fantastic”. I was able to check my controls at the same window and everything seemed cool. W-A-S-D seemed to be there, but strangely labeled. It was called for example ”Horizontal (+)” and offered two values, either D or right arrow button. I presumed it meant moving the character and clicked play. Fire on mouse buttons etc. Everything seemed pretty straightforward and what we are used to as players so i clicked play.
When clicking new game on the main menu, game loaded pretty long. I had it installed on my SSD, but it was still a long loading time, other part in the game when changing areas for example seem to load just fine, so it was just the first time when starting/loading the game for the first time. 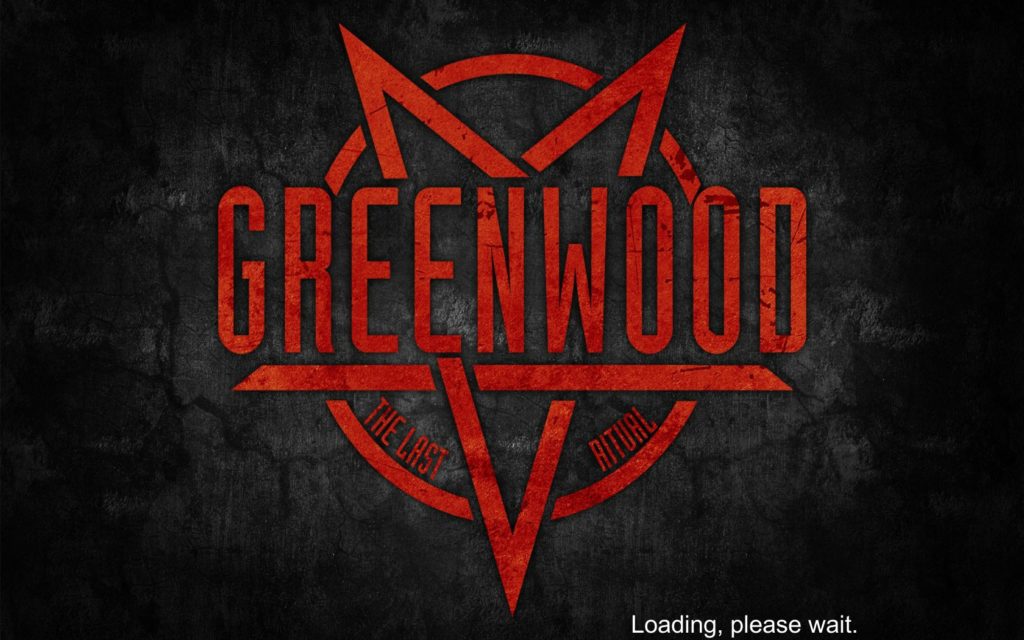 The controls take some time to get used to. WASD didn’t work, the only movement that the game instructs me to do is by clicking with a mouse. And being this top-down adventure game that this is, it’s an annoying feature since we really have to click, we can’t just hold down the mouse button. The screen space isn’t big, camera is fixed pretty near our head so you will be clicking around a lot. Would have been more user-friendly to let us keep holding the mouse button down and our man would have walked around endlessly until released. Double-clicking makes you run, but again, the resolution forces us to a small screen area so even more clicking. My girlfriend even asked me once what on earth am i playing since she heard just continuous clicking. Letting us control the camera zooming would have also helped on this matter

Notes that are scattered pretty much everywhere in the game world, containing hints and opening up the story. Camera can be freely moved around, and sometimes it’s even necessary to view for example bookshelves from the right angle to be able to read the book/note on it. This brings us to another annoyance in the controls, turning the camera: It’s slow, it’s very slow and i didn’t find any settings to speed it up a bit. Even though our mouse cursor moves from the edge of the screen to another, camera doesn’t turn much. So it’s kinda of a hassle. It’s easy to miss important things in this game, and with a camera control like this, it makes it even harder. With Q and E buttons for example bound to turning the camera, that would have been much more enjoyable process of searching around for clues. 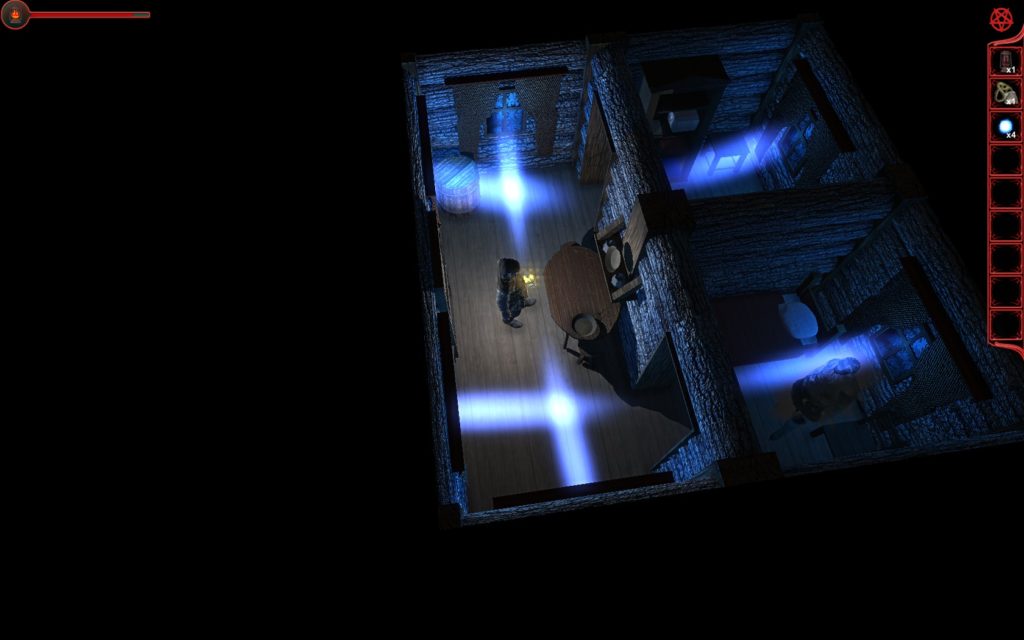 What else does this game offer than bad controls? Quite a lot actually for an indie game. The story is well thought out, there’s a lot of ”unnecessary” lore scattered on the books, notes, ghosts that tell you their stories. It isn’t especially original, but it’s entertaining, dark and twisted, maintaining the same quality all the way. If you’re a horror fan, this is a solid story. If you’re looking especially for something new, this game won’t offer you that.
Most areas are pretty big ones and we don’t have a map, so it’s up to you to memorize the places and navigate to them. Game is semi-linear thankfully. There is some back-tracking to be done, and you can reach some areas where you shouldn’t be yet. I liked this feature personally since the world is interesting to explore. Even though i have to admit, there were couple moments where i would’ve wished i had a map. All the camera turning and a new big area messed up my sense of direction. But thankfully, those moments were far and between. Locations itself are detailed and there’s a lot of them. Houses in the woods off the beaten path, ghosts scattered in the woods. Game encourages you to explore. I really liked the world that this game offers. It was right up my alley.

Some paths are blocked so that you don’t venture out way too far, but this creates one illogical mechanic that i will talk a bit later after telling about the pentagrams/quick events since it’s directly related to them.
Being an exorcist, we have an arsenal of pentagrams for banishing evils, conjuring up souls etc. Once learned we have to draw them by dragging the correct pieces on the screen. Every pentagram is compromised of 3 individual pieces, player can refer to the book of pentagrams whenever needed. The pentagrams are quickly memorized and they’re in order. Three separate bars for symbols. 1st slot of every bar is always first pentagram, second slot is another pentagram etc. I wish they would have mixed the symbols in the bars, that would have engaged the player a lot more. You would have needed to actually think about what to put and where. Now it’s just seeing the situation, remembering was it the first, second, third… pentagram and dragging all the symbols from the corresponding slots. All the combat is done like this, so it’s a game fit for the most casual of players looking for slow-paced horror/mystery adventure. 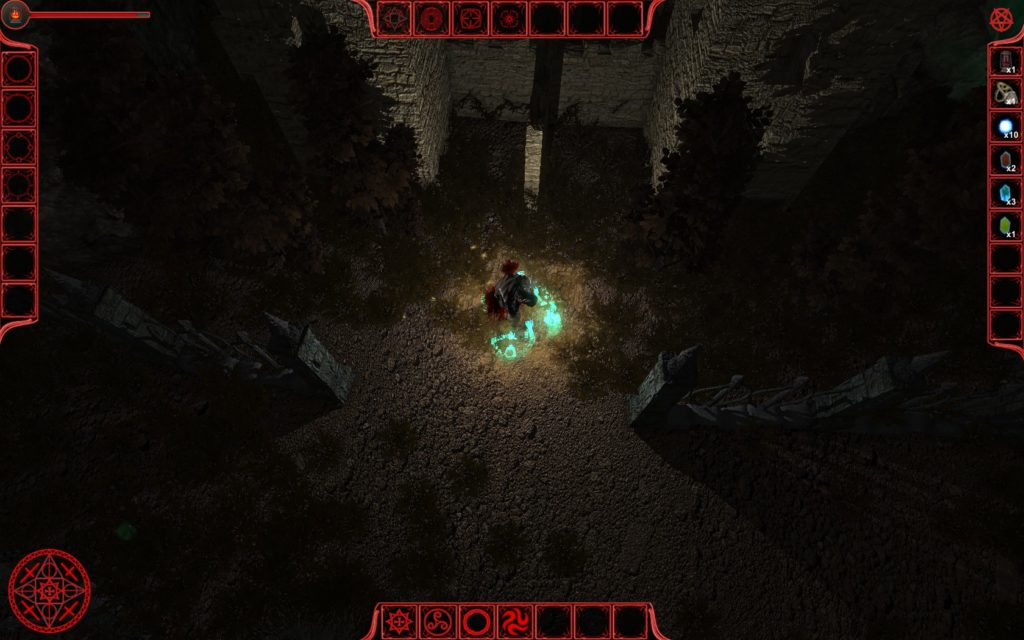 Now this illogical thing that prevents us from advancing on certain spots: There are hands/ghosts that rise from the ground in the middle of a doorway, and our character refuses to go near them because they’re dangerous and he needs to find a way to get rid of them. But we already have a way, we have a pentagram that we use on the same hands-from-ground ”monster” that we encounter at other places in the game. That seemed quite odd to my eye, i just had banished those hands/ghosts from a few metres away, and now i can’t. When i have solved a puzzle somewhere, they have mysteriously disappeared, allowing me to progress. It does help since you can’t wander too far, but still it feels wrong. It should be something else blocking your path than what we have banished many times before. The same hands/ghosts also appear as an quicktime-event every once in a while and again, our pentagram works perfectly.

Game doesn’t feature much music, which fits the overall atmosphere, i found it easier to immerse when just hearing the sounds of nature, rain, water fountains and whatever i came across to. There were some moments that i heard some easy-going ambient style music. But i can’t recall hearing it often at all. When you’re nearing ghosts/mental marks you hear this inaudible chattering. I started playing this in the middle of the night, headphones on and when i came across the first ghost, it was great and just enough creepy.

Maybe. If you can look past the annoying controls, and aren’t expecting an original horror story, this is a solid experience. At the time of writing the game stands at 7 euros, i’m kind of mixed about the price is it right or not. I’ve had fun with this game. These days with all the bundles and sales, make 7 euros look like a lot of money for a game, and since this offers nothing groundbreaking + features a bit tedious movement system, i think i am leaning towards that 7 euros is a bit too much. As a part of a bundle/sale, yes, do grab it. It’s a decent game that’s fun to explore.