A seemingly interesting 3D Abstract game that is hampered by poor level design and control glitches.

General Impression
I’m usually a fan of abstract games since they always have a story to tell, no matter how distorted it may appear at first glance. Laraan proved to me that even a gaming genre that’s not as clearly defined as the others, can be a hit-and-miss. It is the dev team’s second Steam project and just as their first release, Laraan also uses a low polygon count visual style. 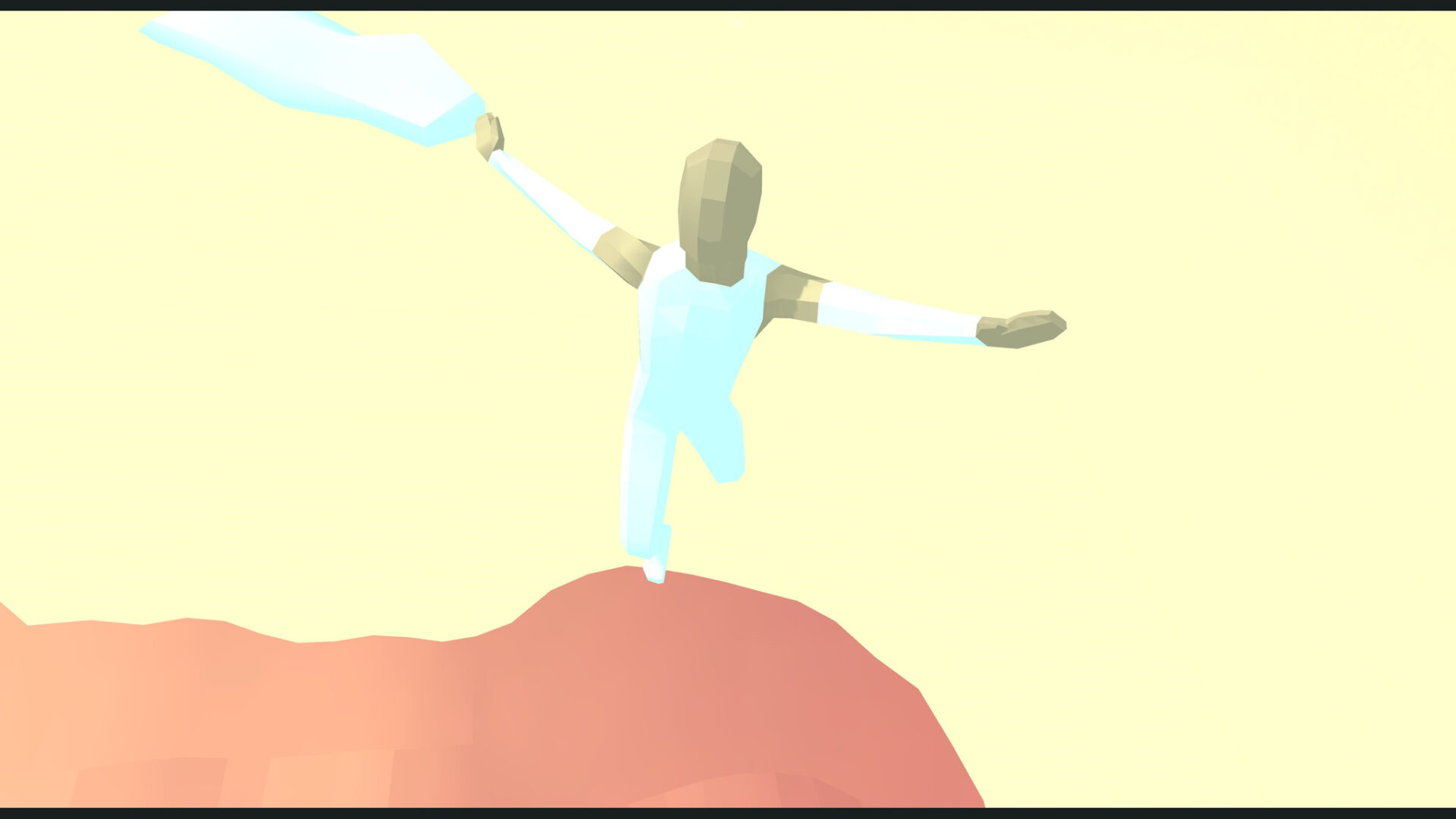 I definitely didn’t mind the looks since not all games require crisp textures in order to unravel their tales. Also since it’s Unity Engine, I knew that the asset database was sufficiently large for any skilled developer to use to their heart’s desire. I’m not saying Flynns Arcade didn’t create a convincing game world, but when you offer zero explanation, context or objectives, things take a turn for the worse. Hitting the New Game button from the Main Menu, begins the “opening cutscene”, which is in fact composed of 13 sentences of quasi-religious irrelevance. It appears that the silent protagonist you control is named Zoah, but that is about all I could understand. Players get thrown into the middle of the action, right away. An almost zero gravity planet in which bunny hopping seems to allow you to travel more efficiently than sprinting. 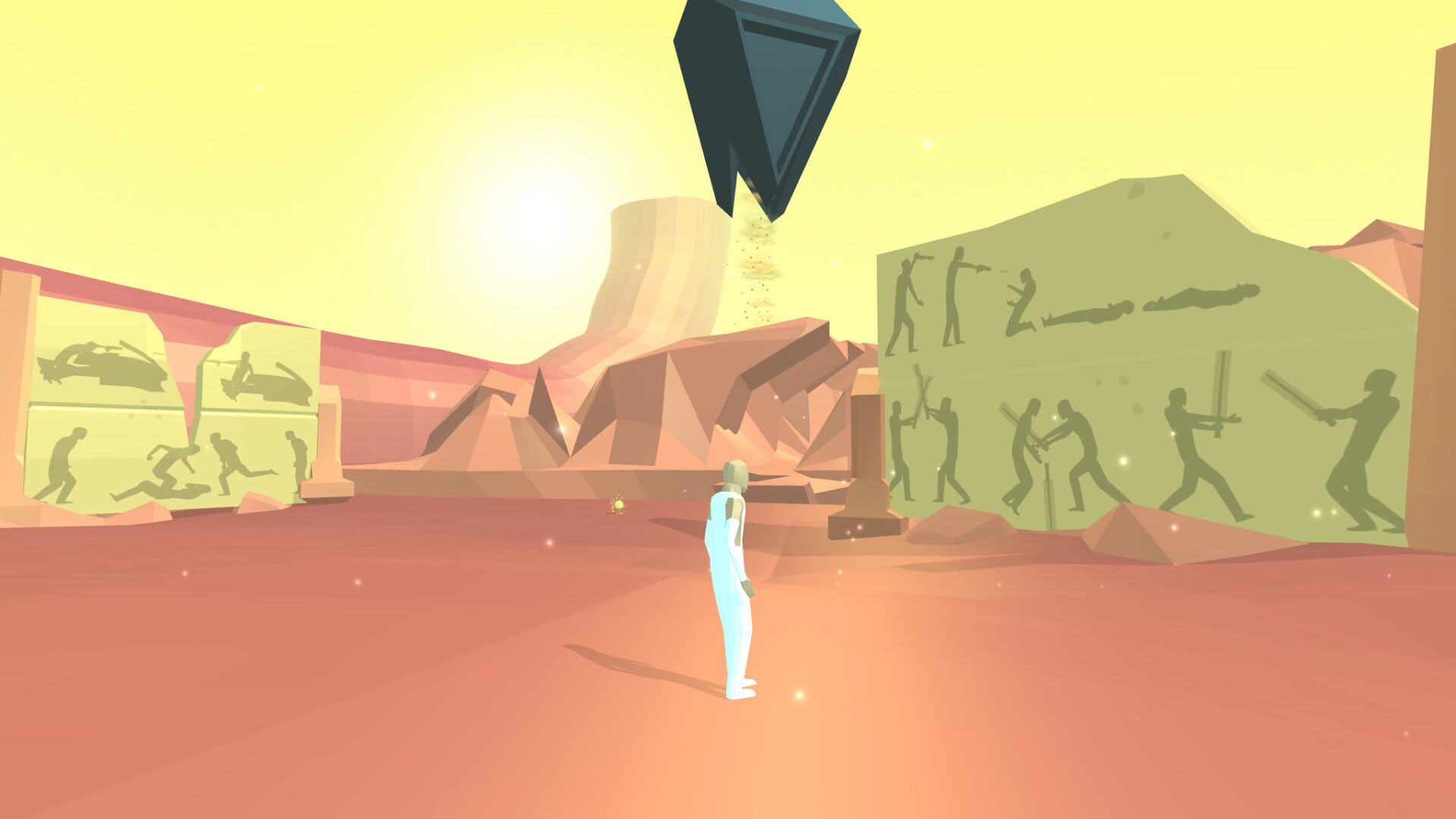 Laraan can be categorized as a platformer as well, since the first few levels will have you jumping from one floating rock to another. A checkpoint system in the form of levitating red squares marks the places you can restart from, should you miss a jump. And you will, quite frequently. It is no exaggeration on my part, the lack of control responsiveness within this title. From the spacebar used for jumping and even the screenshot button, they all need to be pressed several times before a single command gets registered. And no, my keyboard is working fine. Even after I remapped the assigned screenshot key, the results were still the same. A game that doesn’t allow me to take screenshots at will definitely has a big issue in my book. 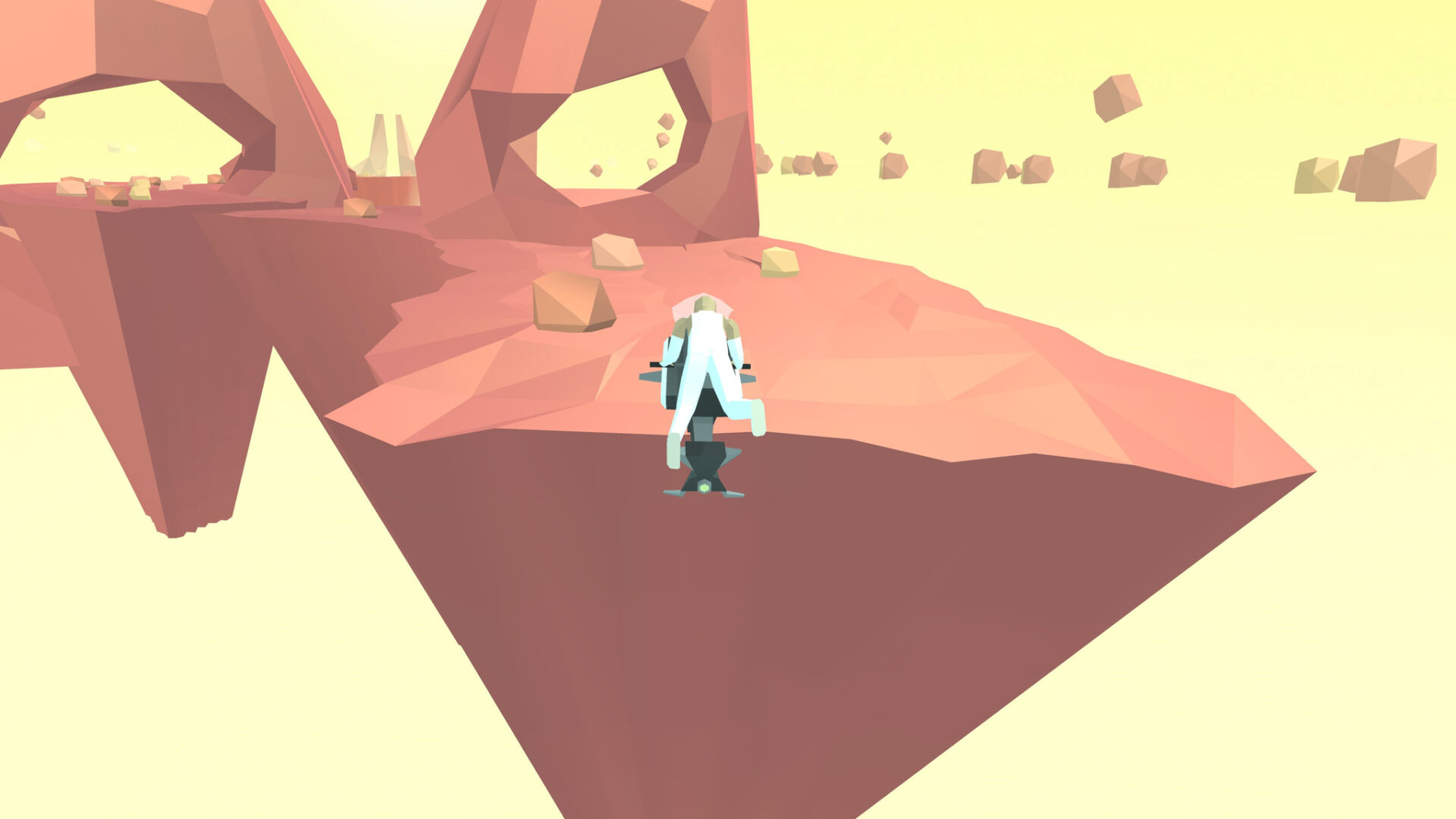 No matter if I’d try to overlook that and remain calm, the speeder bike sections which have you traverse the maps at reasonable velocity seem to neglect object placement. You would randomly run through rocks but explode upon impact in other cases. A major level design flaw which doesn’t improve the already clunky controls. I get it, it’s not a racing game. At least learn from Ubisoft’s “brilliant” car maneuvering in Watch Dogs 1: stick to what you know best. If walking is that certain aspect that you can develop in a proper way, no need to add the equivalent of a flying refrigerator too just for diversity’s sake. 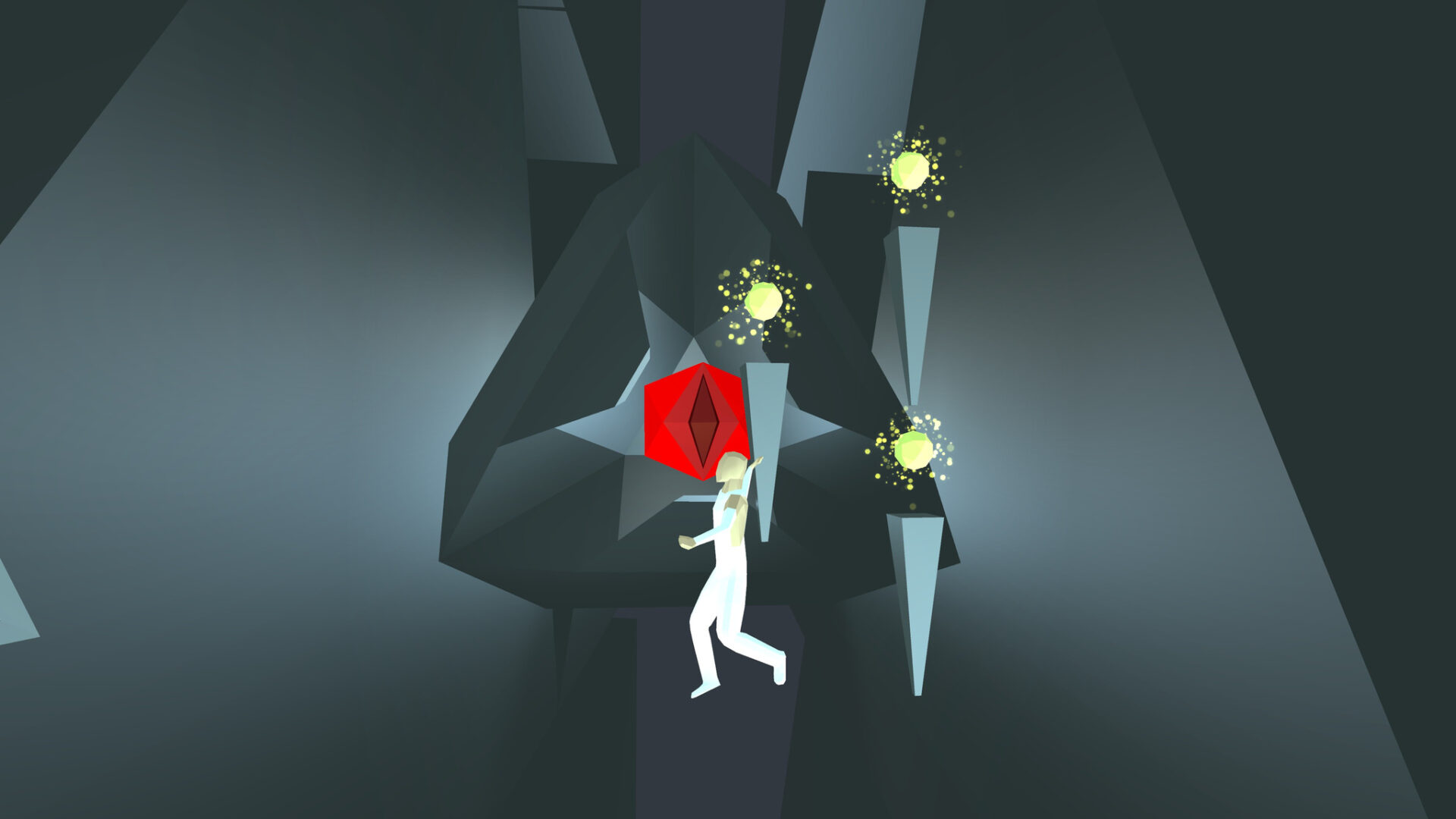 When he’s not jumping from one rock to another or crashing into them with his speeder, Zoah prefers to duel in melee combat or escape deadly traps. Taking a good look at him now, I’m starting to think the dev team drew inspiration from another Ubisoft title, this time a real classic. 1989’s Prince of Persia also featured a mute guy dressed in white and with no distinguishable facial features. Also having a penchant for single combat and surviving moving spike traps and walls/floors. Too bad that merely getting close to these obstacles causes an instant death in Laraan’s case. Patience is paramount, should you wish to ever complete this game. I’ve had my fill though. So while I can be quite understanding with an indie project and developer who’s just getting started, the lack of general polish exhibited from a title without an Early Access label is something you can’t just overlook even if the game is affordable to say the least. Perhaps an update or two may fix some of the issues I mentioned above, but I won’t hold my breath on that. Purchase Laraan during Steam Sales or a bundle and you won’t regret it. Probably. 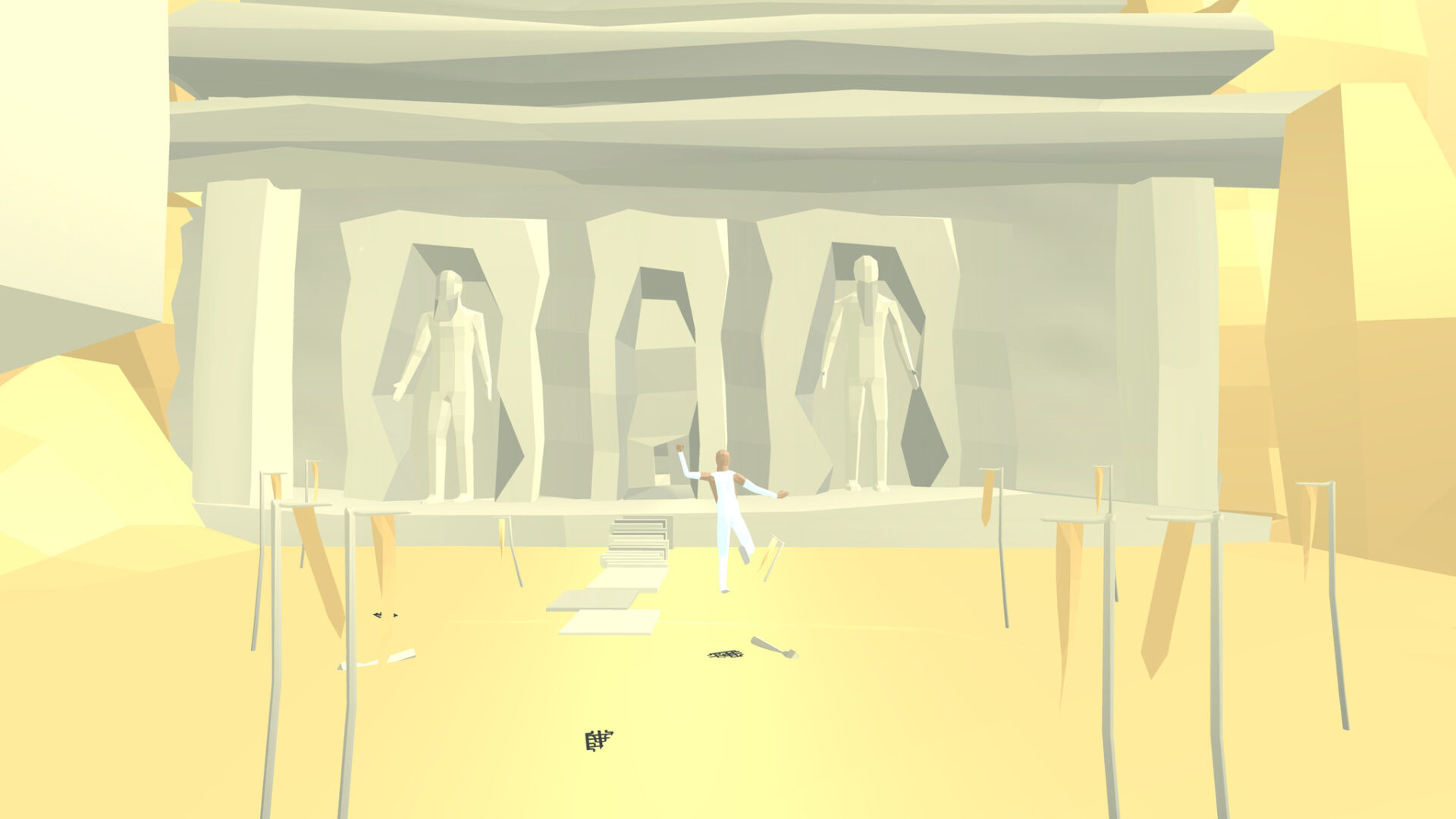 Weak Points
– No coherence, objectives or aim.
– Faulty object collision and other glitches.
– Controls are randomly non-responsive.
– No Steam Achievements.

(click on the image to see the rating image)