REVIEW: TYPOMAN REVISED – USING SOME OF THE POWER OF LETTERS
Add comment
Share:TwitterFacebookRedditPinterestWhatsAppEmail

REVIEW: TYPOMAN REVISED – USING SOME OF THE POWER OF LETTERS

Unless you’ve been watching something like Wheel of Fortune on repeat for the last 25 years, you’re bound to run into a little bit of frustration while playing Typoman: Revised. This unique puzzle-platformer has a really smooth atmosphere and plenty of originality, but it suffers from a lack of direction in its core gameplay that leads to some very frustrating puzzles at times. 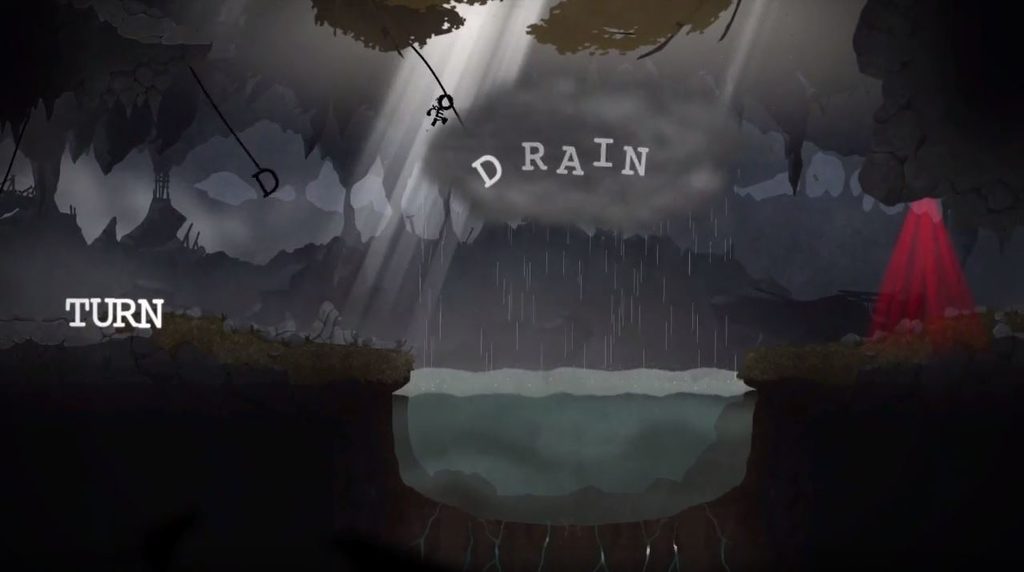 Typoman: Revised is the story of a small man made of letters trying to make his way through a dark, seemingly post-apocalyptic world in order to get back his arm by using the power of letters to create words and move forward. The story of Typoman is actually quite compelling despite the inherent lack of dialogue. The dreary and brooding atmosphere is very reminiscent of Limbo, so it’s almost impossible not to draw at least a few comparisons, as it’s very similar in style and presentation. However, the central theme is very different. Typoman: Revised focuses on the power of letters, and how these letters combine to make words to affect the objects around you. Letters are scattered all over the levels, and the letters can be moved to form words that affect the environment. For example, forming the word “down” can cause objects to drop down in the affected area, such as a ladder. I can honestly admit that I’ve never played anything like this game. 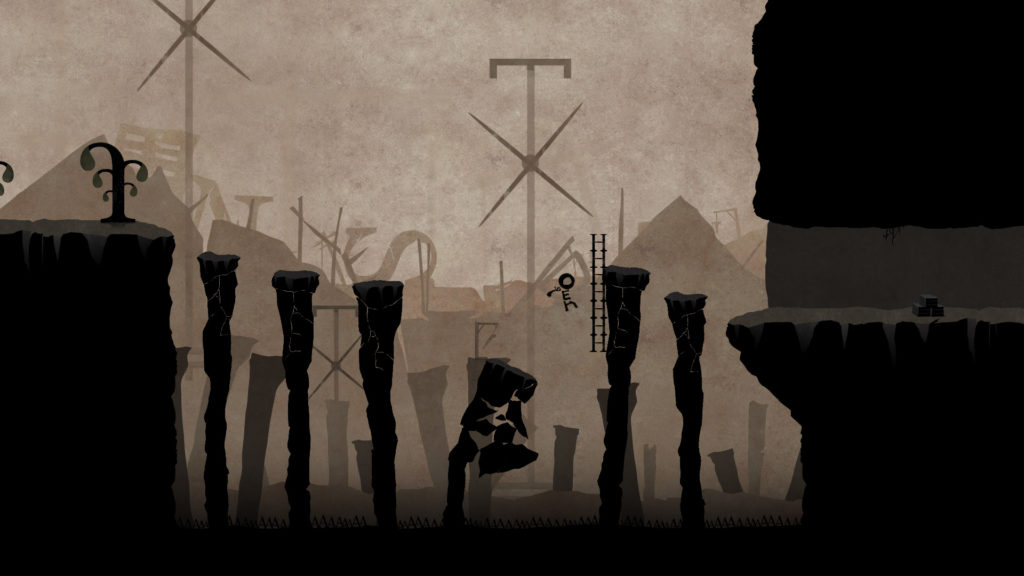 Unfortunately, originality isn’t enough to keep Typoman’s feet on the ground. While Typoman: Revised is a puzzle-platformer, the actual areas where you would be platforming are quite few and far between. The total amount of pure platforming sections could be counted on one hand, and they aren’t very challenging or engaging. Instead, Typoman chooses to focus more on its puzzles, which require the player to re-arrange letters to form words that allow them to move forward. I will say that a lot of the puzzles are not very intuitive. In other words, there’s almost no direction or even clues on what words would be helpful to solve most puzzles. You pretty much just throw letters together until something works. This would be okay if most of the puzzles consisted of re-arranging one or two four letter words, like the first couple of puzzles that you encounter, but the real frustration sets in when you’re given more than ten letters and are expected to somehow divine what word best fits the situation. It’s even more aggravating since you don’t even have to use all of the letters you are given, making the total number of possible words more than a couple hundred. 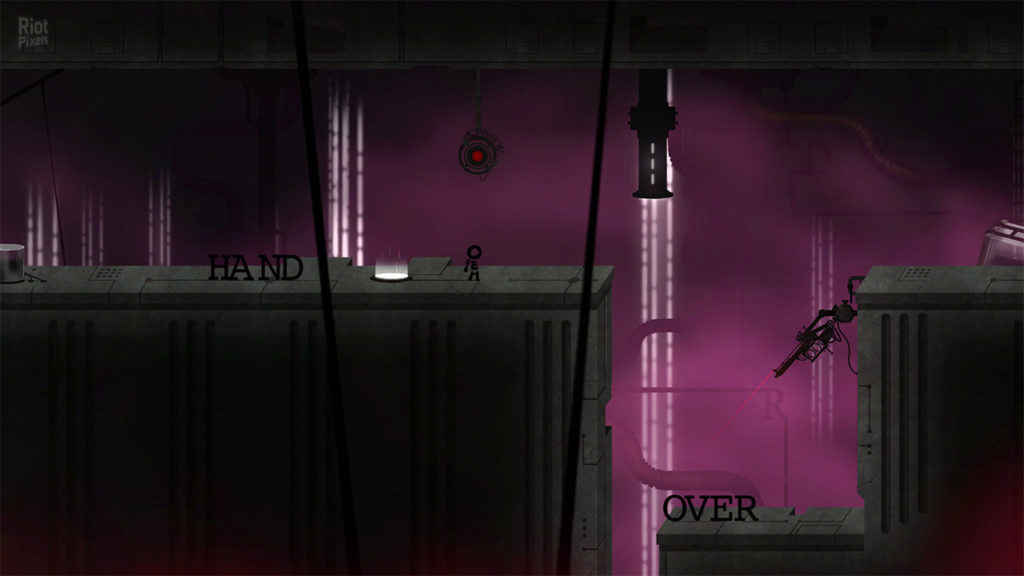 On the subject of the story, there still isn’t much that’s overt. I did enjoy the subtle narrative of censorship and the power of words told through the surroundings and quotations that can be collected. These elements give you something to ponder in between monster chases and the puzzles. While the quotes aren’t by anyone in particular, they are brief thoughts that let you pause and contemplate themes like wisdom vs. propaganda and good vs. evil.

However, with all said and done the ending fell flat for me. The game built up plenty of tension through all of your encounters with the forces of evil hounding you – word monsters like DOOM and FEAR – combining this with the foreboding atmosphere worked to give the game a sense of dread. It was this cool twist on standard storytelling that actually compelled me to move forward through all of the mediocre puzzles. But then near the end it tried to go in way too many directions to resolve that tension. It felt like three or four endings back-to-back instead of one clear, concise ending, so the final moments were conceptually confusing and whiplash-inducing. 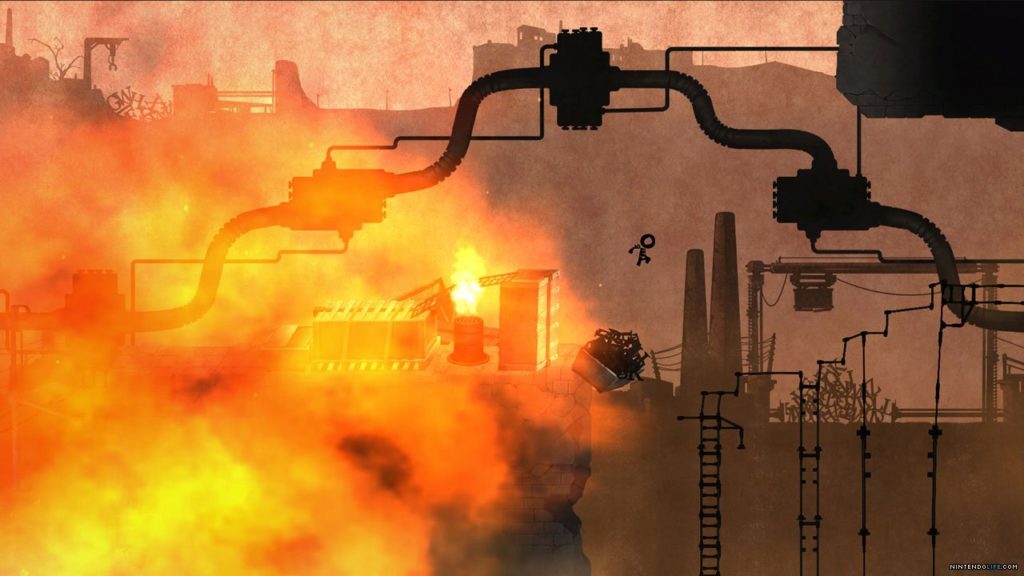 The concept behind Typoman: Revised is an interesting one, but the game fumbles a lot on its implementation. Overall I enjoyed the game, but it wasn’t quite as thought-provoking or awe-inspiring as I’d hoped. While the first few puzzles in Typoman: Revised are simple and satisfying, most of the puzzles that follow are frustrating. You can tell that it’s been polished from the first version, but the story is still too vague to leave much of an impact. It was a short experience; only a few hours, and that was taking my time on puzzles and seeking out quotations. I can’t help but think that additional cutscenes, further quotations, and a more focused ending would’ve made this game feel fully realized.

(Click on the image to see the rating explanation)