Imprint-X is a clicking game. Left mouse is all you need, but with that single button the game manages to incorporate an incredible array of gameplay modes: logic puzzles, spatial awareness, reflex trials, rhythm-based levels, memory tests, you name it! 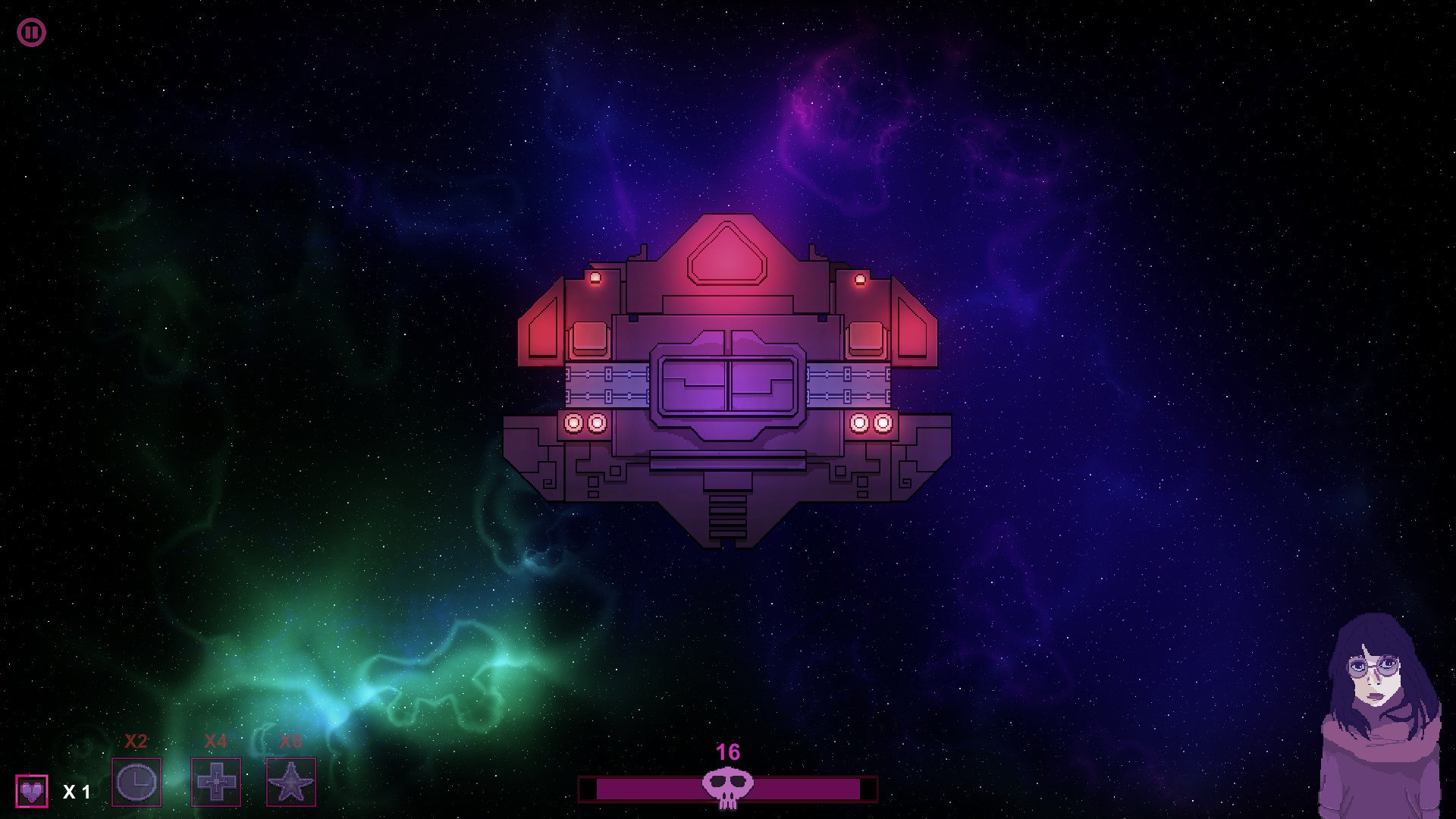 There is no dialog in the game at all, it’s 100% visual. A large part of the challenge is to work out how the levels work and what you’re supposed to do. Since the game keeps changing from section to section there is a fair amount of head-scratching before you even start solving the levels. A puzzle within a puzzle. It does make you feel clever when you crack the conundrum though.

The main level overview has a tree structure, with new multi-twig branches opening up as you progress, so there are always a few different unbeaten levels to choose from, giving you a variety of puzzles to be stuck on rather than only one.

There are 6 ‘worlds’ and each requires a certain number of points to unlock, which you collect each time you beat a level. There is a 3-lights rating system based on the number of clicks used, so you can replay some of the easier levels in a world for a better score and more points instead of struggling to beat a harder level. It’s not always necessary to beat all levels in one world to unlock the next. Sometimes you will see a heart floating around the screen briefly and you can grab an extra click or two by catching it. 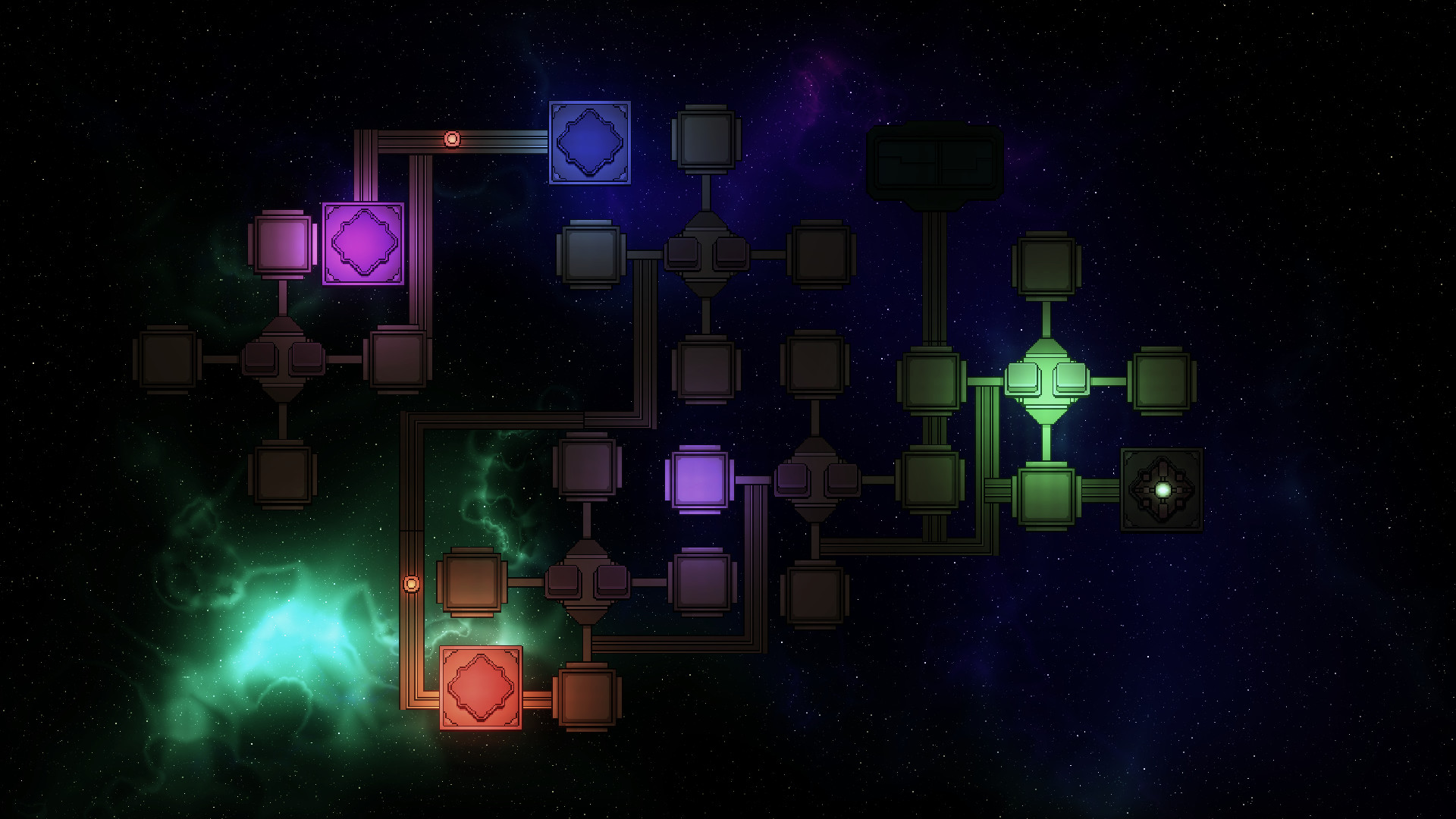 It’s a story about space, aliens, cryo-sleep and mind control and is not just your average generic trash shoehorned into the game just for the sake of it. This has certainly had some thought put into it, enough that I’m actually interested in the outcome. Rare for a game of this type. Not to mention the fact that it’s told entirely by wordless cutscenes and I can still understand it. Nice work.

The artwork is not spectacular but it does look hand drawn and unique, and gives the game a distinct style of its own. The level designs are elegant but sharp and illustrative, which is what you need for clarity in this type of game.

One minor criticism I would make is that sometimes the buttons can be hard to see because they have dark colours and blend into the background too much. This can have a critical effect on the gameplay because buttons are always the main focus of the level, and if you can’t see them properly then you’re going to have trouble solving the level.

Background music is a relaxing electro beat interspersed with the sound of a giggling girl as you complete a level, another nice little personality quirk of the game. 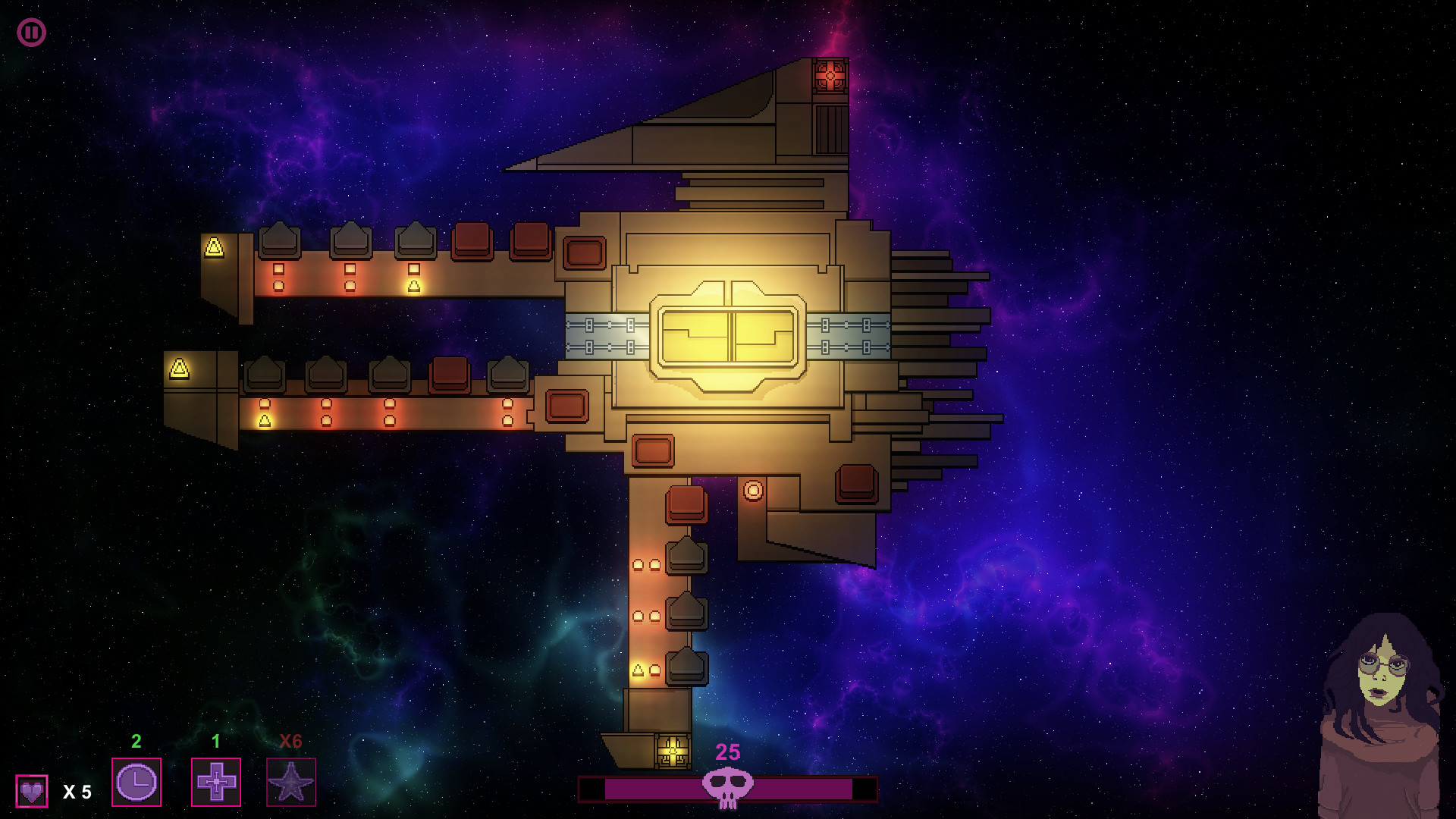 At time of writing I’m about halfway through the game. The difficulty has been gradually increasing and I’d say I’m now starting to struggle, so it has a good overall balance.

Fully cross-platform (which gets a big thumbs-up from me); no glitches found; seems to be well optimised – reflex/rhythm levels are smooth and responsive, no problems.

I’d say they’ve given it the correct price. 100 levels, 700 buttons and plenty of replay value. I’d be happy to pay full price for it.

29 achievements which are well thought out and require you to play the game thoroughly. Trading cards and Steam Cloud also included.

I’ve never played anything quite like this before. Who knew there could be so much challenge and variety in a clicker game?