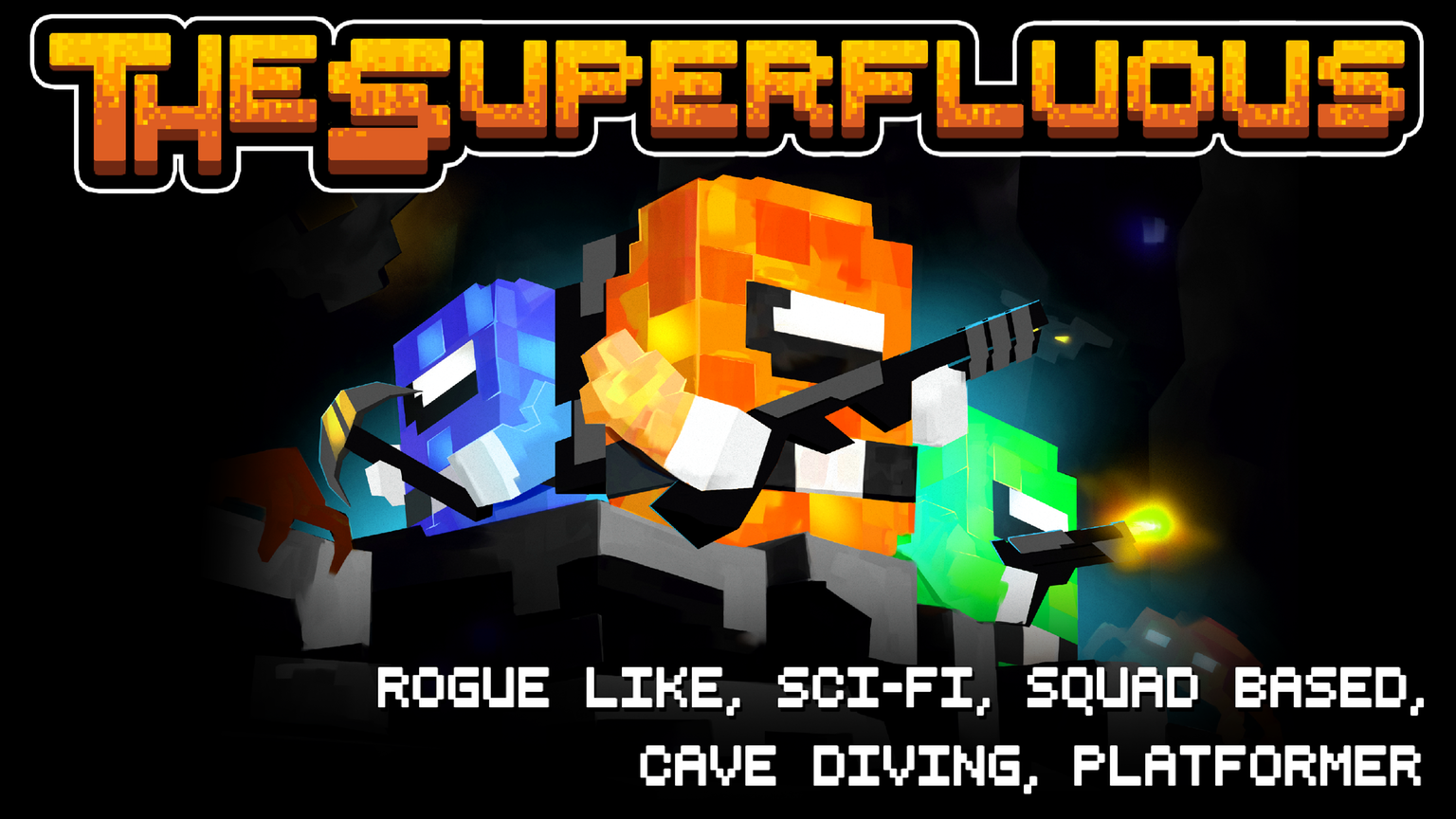 The Superfluous is an early access roguelite that seems inspired by the various action games in the genre, such as Risk of Rain and particularly Spelunky.

You play as a captain shipped off to deal with an asteroid that is estimated will hit the Earth…in 1000 years, so not too much pressure. Unfortunately, on arrival it’s discovered the asteroid is infested with monsters, making things a lot more complicated. Like most rogue-likes of its kind, you’ll either be on your ship looking through upgrades, which range from buying the DNA for your clone soldiers, training their skills, or honing the capabilities of weapons, or in the asteroid shooting monsters and collecting gold. Like Spelunky, each level is crawling with enemies and hazards, and while you can take more punishment it’s still easy to die if you aren’t careful. You can take multiple soldiers along, which function as extra lives (although they do have different equipment, so not all of them are going to be equally useful), and a guaranteed jetpack and ranged weaponry does take the edge off a bit – I imagine anyone who could beat the end-game levels in Spelunky or do the higher difficulties in Risk of Rain might be able to breeze through the early levels pretty easily. The game controls well despite it being early access, and I like the squad gimmick it has. It also seems to be a bit more approachable than Spelunky is, with permanent upgrades you can work toward, and keeping your progress between levels; although you need to beat a level before you can keep whatever you find in them. That’s all nice, although depending on your view that might mean the game isn’t really a rogue-like, or even a lite; just a platformer with guns that has procedural generation. I’m only in the first set of levels (there will be more as the game progresses, according to the roadmap), but there don’t seem to be any major points of interest you’d see in other games in the genre, or any items that might change your experience either. Of course not every game needs to be the same, but it feels like this one could be fleshed out a bit more. It’s still early access, so it may do that yet, and overall the game seems quite promising.