Carmageddon: Max Damage is developed and published by Stainless Games Ltd. Industry veterans and quite ironically, better known in recent years for their video games focusing on Magic: The Gathering. That card game genre alone, is a far cry from their “outrageously” gory, Carmageddon series. 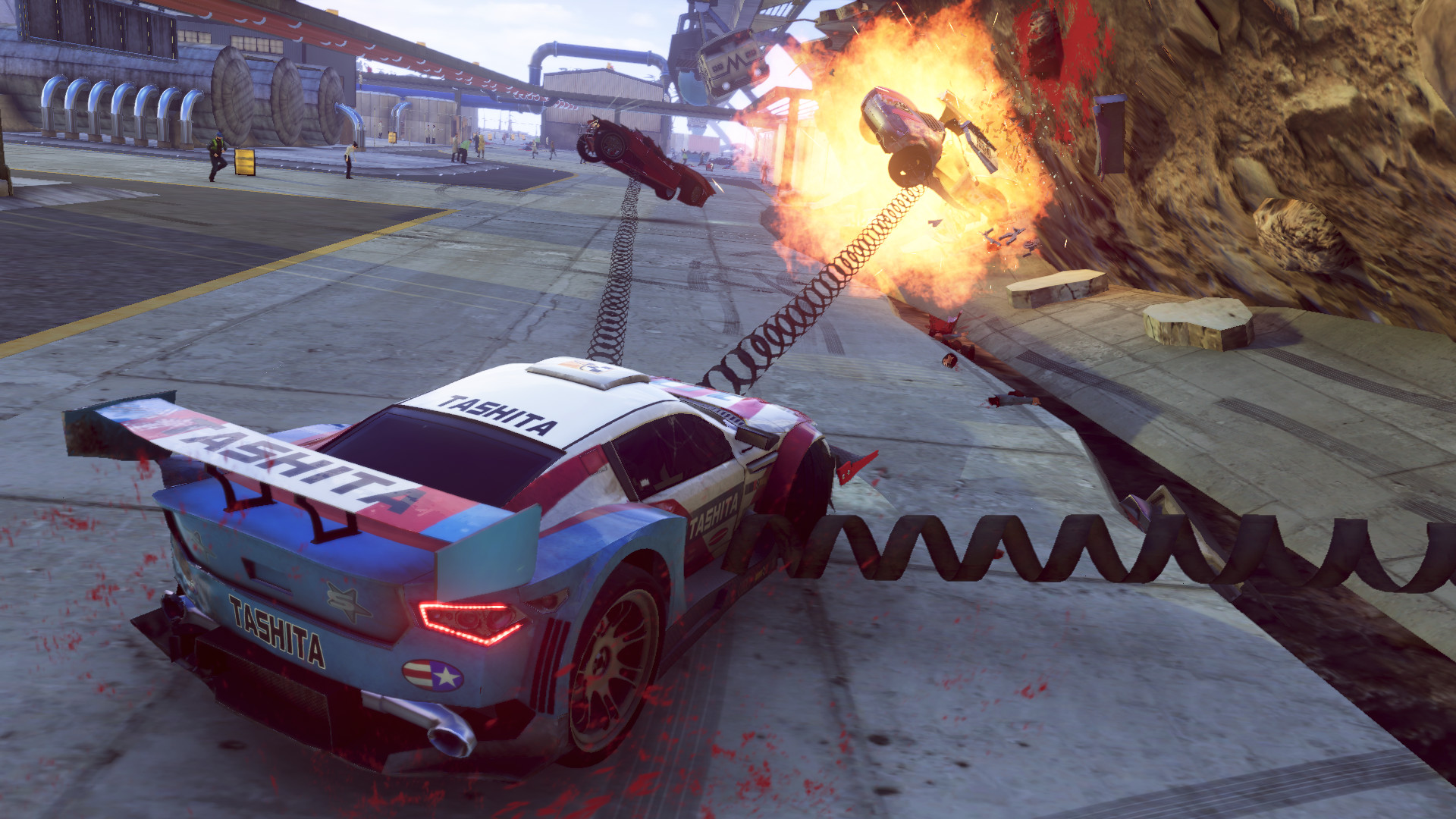 1997 must have been a crazy year as far as PC gaming is concerned. It saw the release of both the first Carmageddon as well as Grand Theft Auto 1. Coincidence or not, both of these titles feature plenty of vehicular manslaughter and their developers were small, independent and UK-based. The controversy surrounding the, new at the time graphic simulation of such violence prompted hundreds of self-righteous mongrels and mouth foaming soccer moms to mindlessly rage and “debate” over the very existence of such video games in the first place. Freedom of expression as well as the fact that a game should never be considered a guide to real life (unless you’re already clinically insane) were placed under questioning amidst exaggerated public outcry. How far can video games go, in depicting the murder of countless on-screen and fully digitalized innocent pedestrians with a vehicle? If you ask me, all that scandal did nothing but to boost sales and interest. Apparently humanity never learns that by banning or declaring something taboo, not only will interest in that subject never wane, but the exact opposite shall occur. I’ve said my piece on violence in gaming and the rant will stop here. I wanted to explain to the younger audience, who might not have been familiar with Carmageddon in the first place, about this game’s rightfully unapologetic legacy. Max Damage is the de facto 4th game in the series and it’s more than just a throwback to simpler, but more scandalous times. It stands out on its own quite well, since the racing formula it proposes, is far more than just getting from point A to B in the fastest lap time. 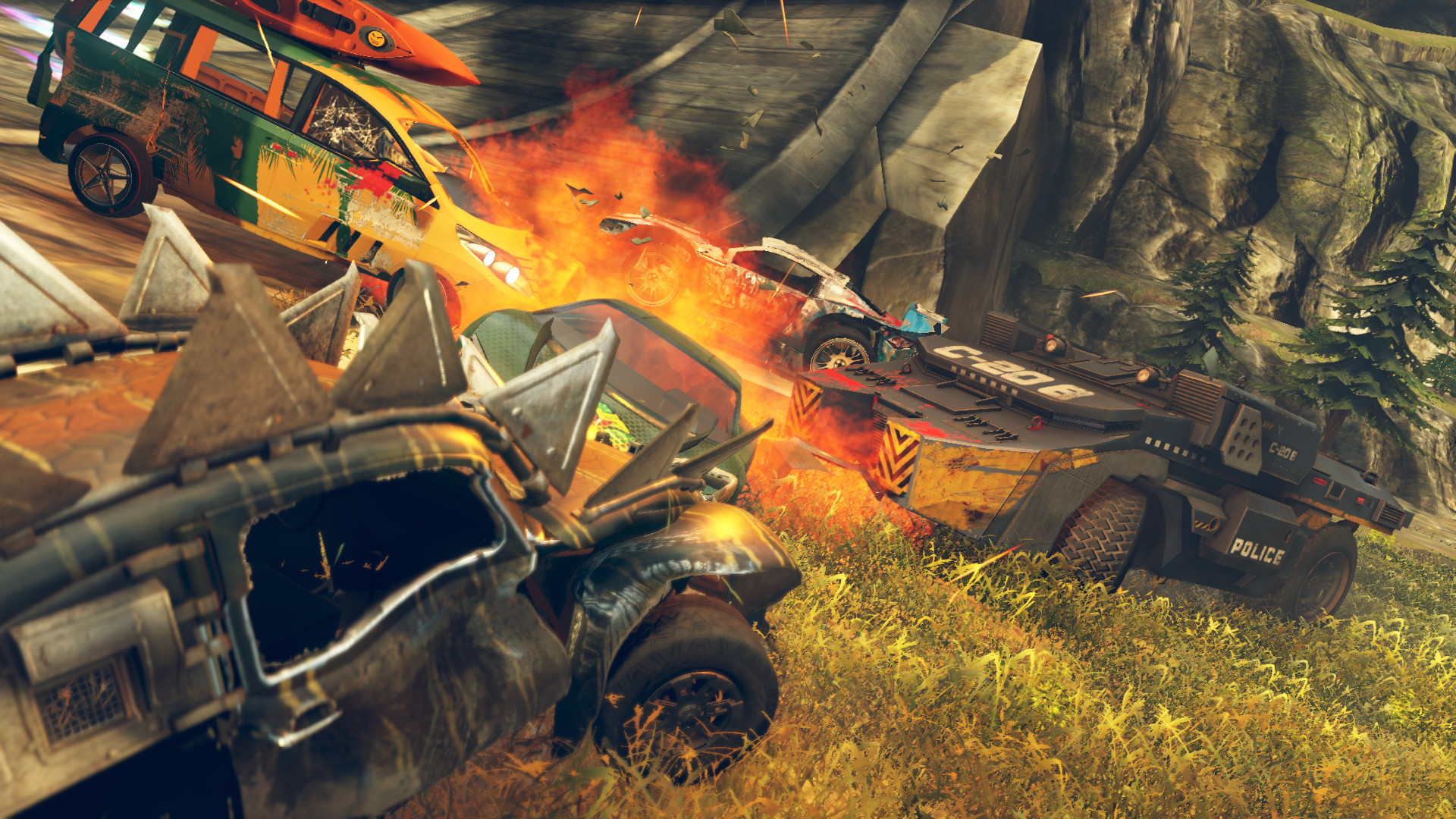 “Classical” racing is still present, but quite boring given the game we review today. You can alternatively crush your rivals’ cars or run over every single pedestrian or animal present on the map, as quite original victory conditions. Car combat play a central role in Carmageddon: Max Damage and is by far the easiest way to win a race. Unlike previous titles in its series, you’re never pressed by a merciless countdown clock and as long as you hunt down your rivals in a timely manner, the objective is quite straightforward. They will attempt to put you down as well, but such opposition is to be expected and the driver AI was convincing enough. The track and vehicle variety plus customization offer enough breathing room for even the most pretentious of gamers. Featuring both a career mode and free play on the game’s maps, really can’t give anyone an excuse not to become calculated drivers or adept hunters, as the situation warrants. Keeping an open mind is paramount though. While not putting an emphasis on the explicit murder of the innocents found on its race maps, Max Damage has them in ample supply and avoiding them is sometimes impossible. The game even features a political satire-like mode which replaces the default pedestrian skins (which are themselves a mockery upon today’s society) with everyone’s “favorite” US presidential candidates of 2016. Take your pick, they’re still two sides of the same rusty coin.

The graphics are nothing spectacular, but still manage to convey the simulated chaos while the heavy metal songs fit this genre like a glove. Frame-rate drops were quite unexplainable, but playing at 4K resolution, I never expected constant 60 frames per second anyways. One minor complaint I have to address in regards to Max Damage’s liberal use of motion blur (and even static one!). Apart from the hapless characters and animals you run over, only the vehicles themselves feature good looking and high-res textures, while most buildings and assets lack in-depth attention. And that can’t be masked with so much blur without raising a few red flags. 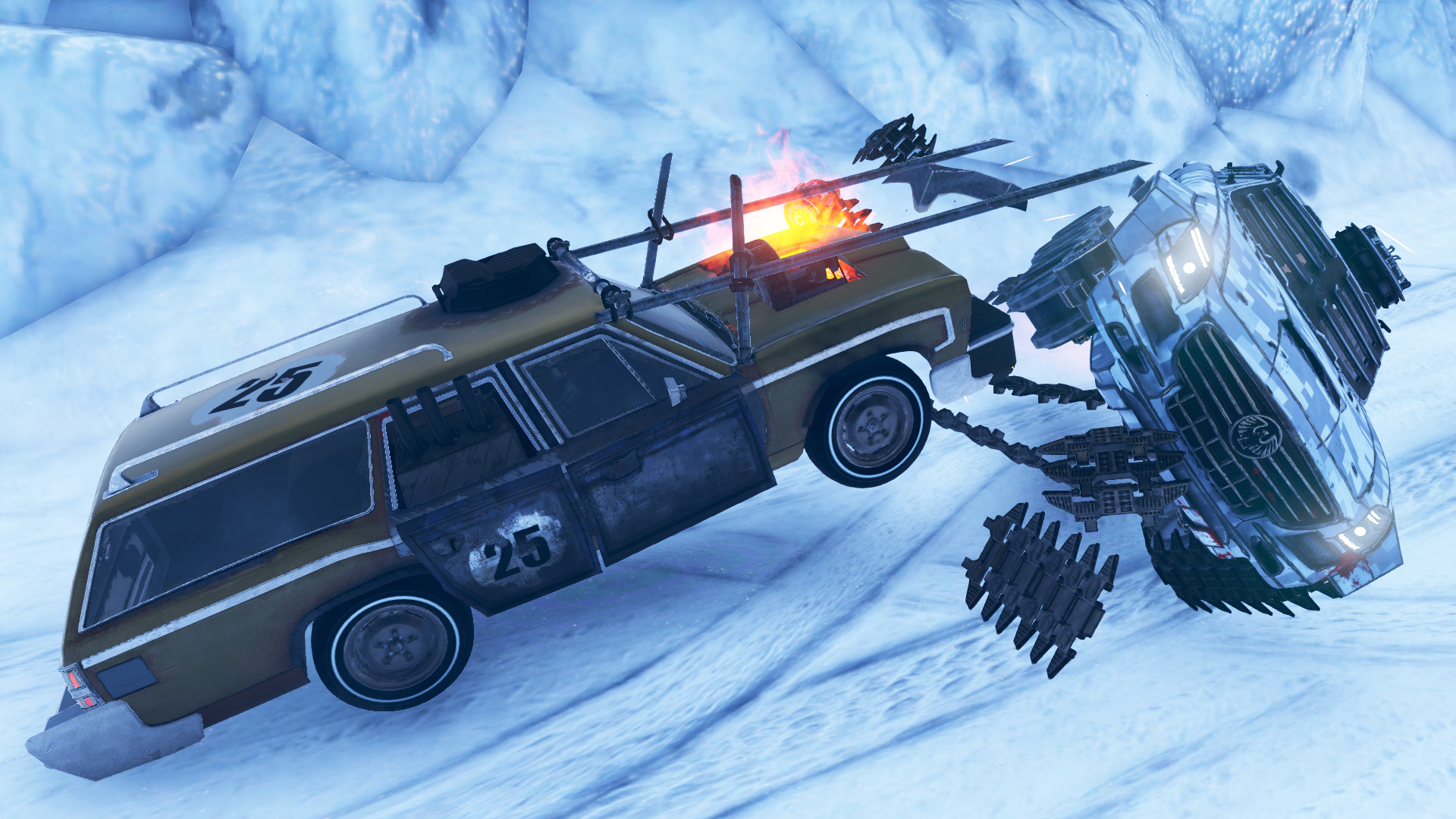 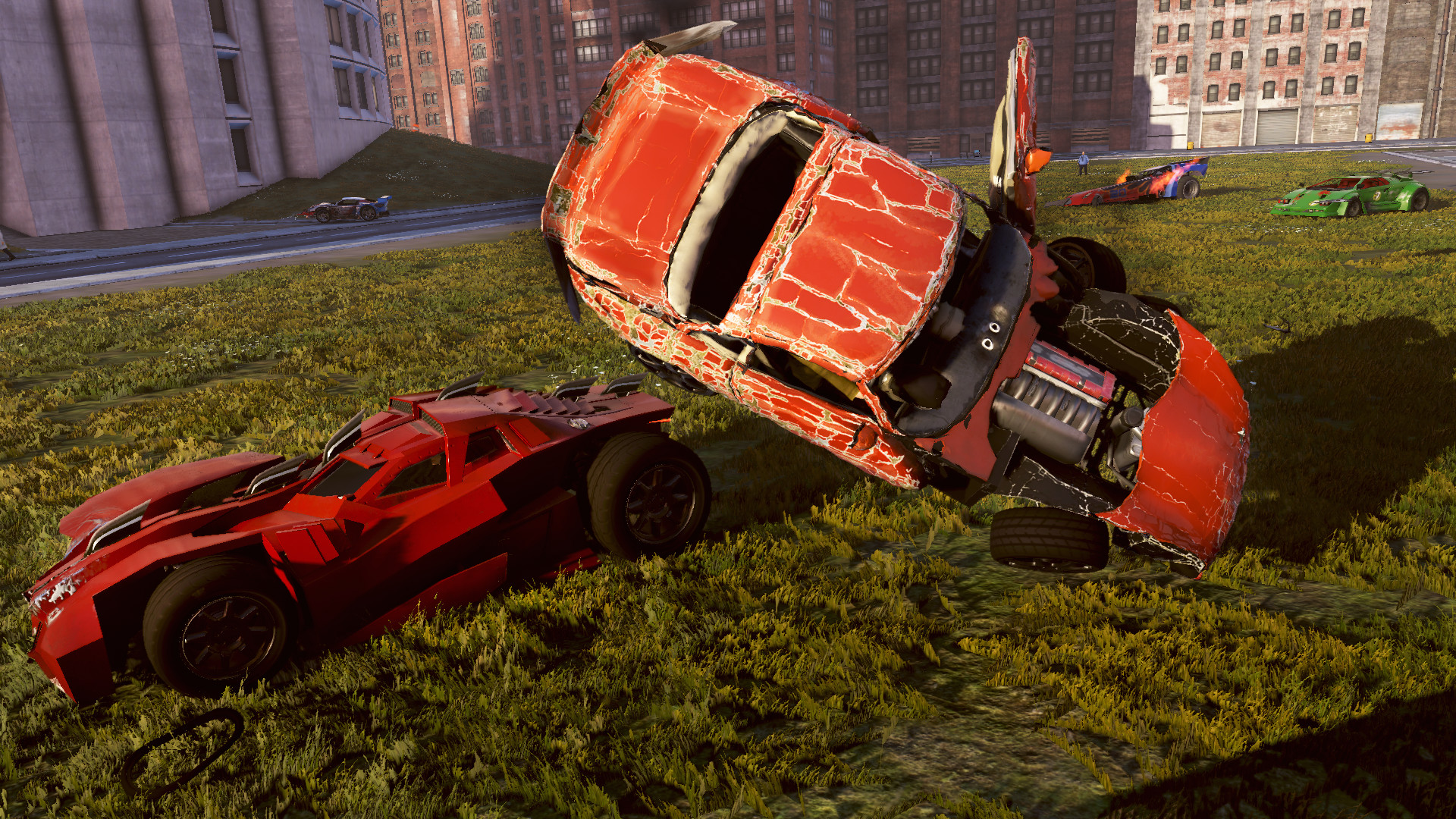 Slaspstick humor, this is not. Unless you replaced wood with a hot iron. Still, the game is proud of its heritage and is an exponent of totally unshackled freedom of speech in video gaming. It doesn’t play by the rules and it shouldn’t either. If some rules are meant to be broken, many others shouldn’t even have been written in the first place. This series is a guilty pleasure of mine. But you know what? I don’t feel guilty at all while playing it and you can agree with me or not. In all honesty, the game is targeted towards a mature audience, but I doubt that separating reality from fiction is an age-restricted domain. Have fun!