Become a Viking Cheiftan and Lead Your Warriors to Victory and Valor in Iron Tides–Now in its Second Week on Kickstarter
Add comment
Share:TwitterFacebookRedditPinterestWhatsAppEmail 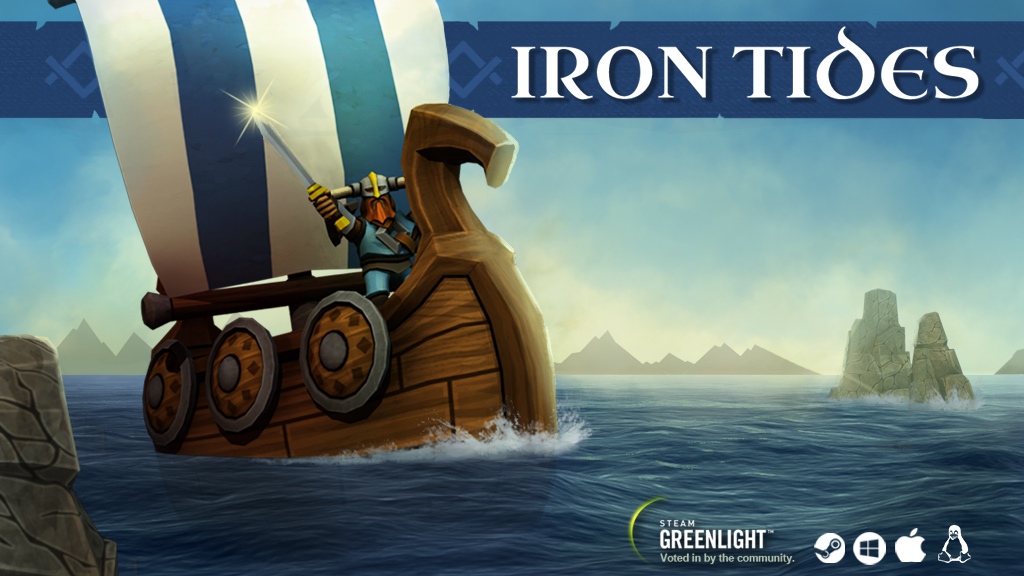 I don’t know if you know this about me, but I am an avid supporter of indie games through crowdfunding. I spend a lot of time combing Kickstarter, Indie GoGo, and the like for projects that look promising and this is one such venture: Iron Tides is a survival RPG in which you lead a band of Vikings across the seas in search of valor and riches. It’s being developed by the two-person Canadian developer studio Crash Wave Games and it needs YOUR support.

Gaming is expensive. I understand that. Their Thunderclap, however, is totally free and a great way to show your support! Just sign in using your social media and the program will send out a single post on the 27th of October. Simple, no?

You can also check out their Kickstarter, pledge, and/or share it around with your friends. They’ve already been greenlit by the community so you can expect to see it on Steam sometime soon. We can do this!

You can also play their demo if you aren’t TOTALLY sold. The NeedtoKnow team took a look at the alpha build 46 earlier in the year and already by build 64 the game has shown several improvements both mechanically and aesthetically.

In older versions of the alpha, land masses and the outposts they carried were already present. In the new version, they appear mysteriously out of the fog of war–alongside other seafaring  vessels loaded with adversaries. The UI is also much nicer to look at and so are the characters.

Hunger, which previously existed but didn’t really play a role, now drains your units’ fury as well as their HP so battling frequently in order to pillage necessarily supplies is a must.

Your units can move up to two spaces each. Whether or not there will be a way to extend their reach, I’m not sure. You can also now choose the direction your unit is facing before you end your turn via the WASD keys.

In lieu of action points, your Vikings have Fury, which regenerates naturally per turn and can also be refreshed via certain skills.Your skills require a set amount of Fury, denoted by the number beneath it.

Much of the tactical element comes from this system. Who will you have strike the finishing blow so that they can regain Fury and attack with renewed vigor?   How best can you lay out damage so that you can maintain a combo of attacks that will lay ruin to your enemies?

You’re the boss here. You decide.

A World Without End: Explore a procedurally generated ocean full of danger and chance encounters. Discover hidden coves, long lost relics, and ominous temples as you venture ever further into the east. Choose your battles carefully and stay vigilant.

Viking Colonies: Discover lost Viking colonies, and enjoy a brief respite from the turmoil of the sea. Resupply your hold, recruit fresh warriors and sell whatever isn’t worth carrying back home.

Encounters Upon the High Seas: Explore dusty ruins, bribe corrupt enemy garrisons, and haggle with lost merchants. Build your own story through small narrative encounters. Will you rob a king’s tomb and risk the wrath of the gods? Will you take the effort to plunder statues when your warriors only want food?A Place to Call Home: After a successful voyage return to your stronghold of Norhaven. Sing songs for the fallen, purchase newly available wares, recruit new warriors, and plan the next raiding season.

No Two Vikings Exactly Alike: Each Viking has four abilities. One of these is a fixed default attack, but the other three are drawn from a pool of seven abilities particular to their class. In addition, each warrior has a unique, procedurally generated upgrade path, allowing for a diverse range of possibilities

Dead Warriors Live Only In Memory: The halls of Valhalla sing with glory as each Viking meets their end. Unfortunately for you and your crew, your lost warriors will not come back and help on the next raid.

If you’ve made it this far, then please give your support. The indie gaming community is small, but strong, and it’s through word of mouth that these small developer teams with big heart make their dreams a reality.