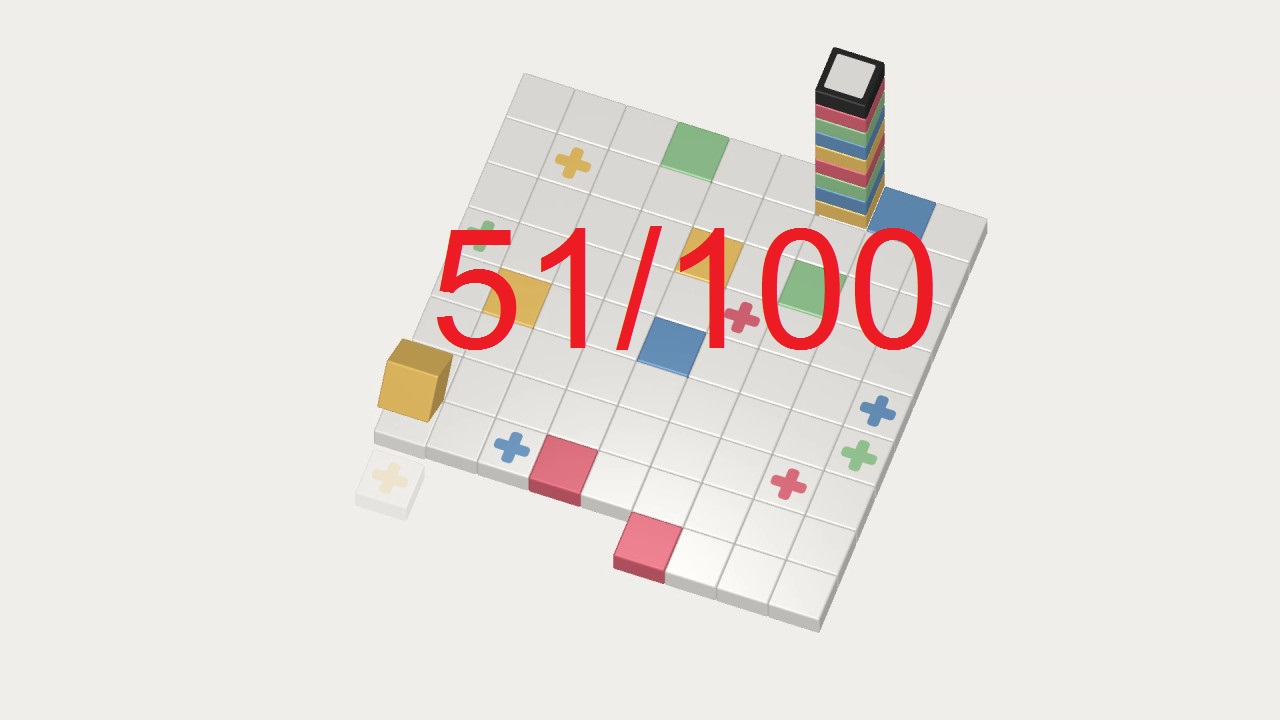 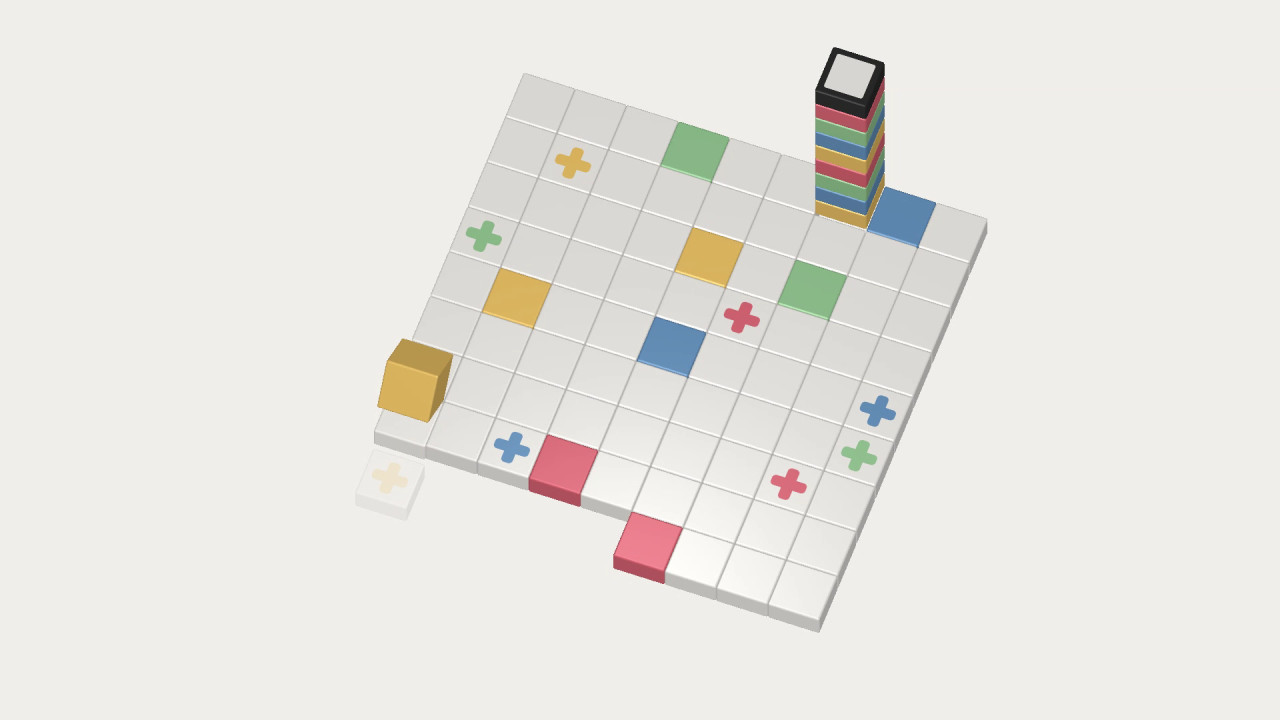 You have a board of squares with a cube in a starting position. Placed around the board are coloured + signs and coloured squares. You have to choose a route for your cube around the board to intercept each + followed by the square of the same colour. Once all the coloured squares are cleared you must get to the exit square. As you pass each square it falls away so you can’t pass it again and the whole board gradually disappears. There is only one possible route and at the end of the level there is little, if anything, left of the board. 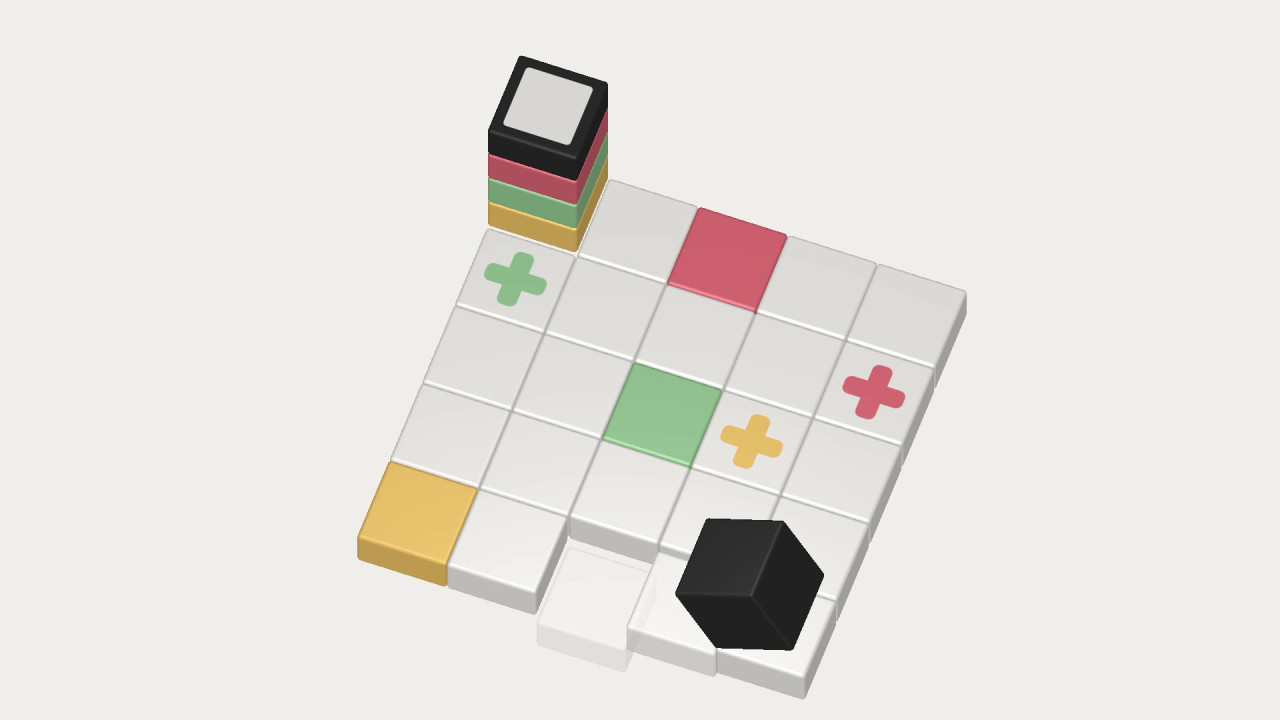 It can be played with one hand, using only up/down/left/right keys, Del to reset and Enter to move to the next level. Generic background piano music, like many other puzzle games. It almost sounds like someone practising their scales.

There are 3 sections of 16 levels: Normal; Smart; Genius. It actually ranges from very easy to medium. There is some challenge in the later levels but no temptation to google solutions. The first section of 16 puzzles took me 0.1 hours, however long that is.

You quickly learn the way the game wants you to think and then it’s more or less plain sailing. You look at the board and plan your route before you start moving. If you hit a fail point you reset and try a different route. The difficulty increases with larger boards and more coloured squares. There are no new mechanics introduced at all, it’s the same all the way through. 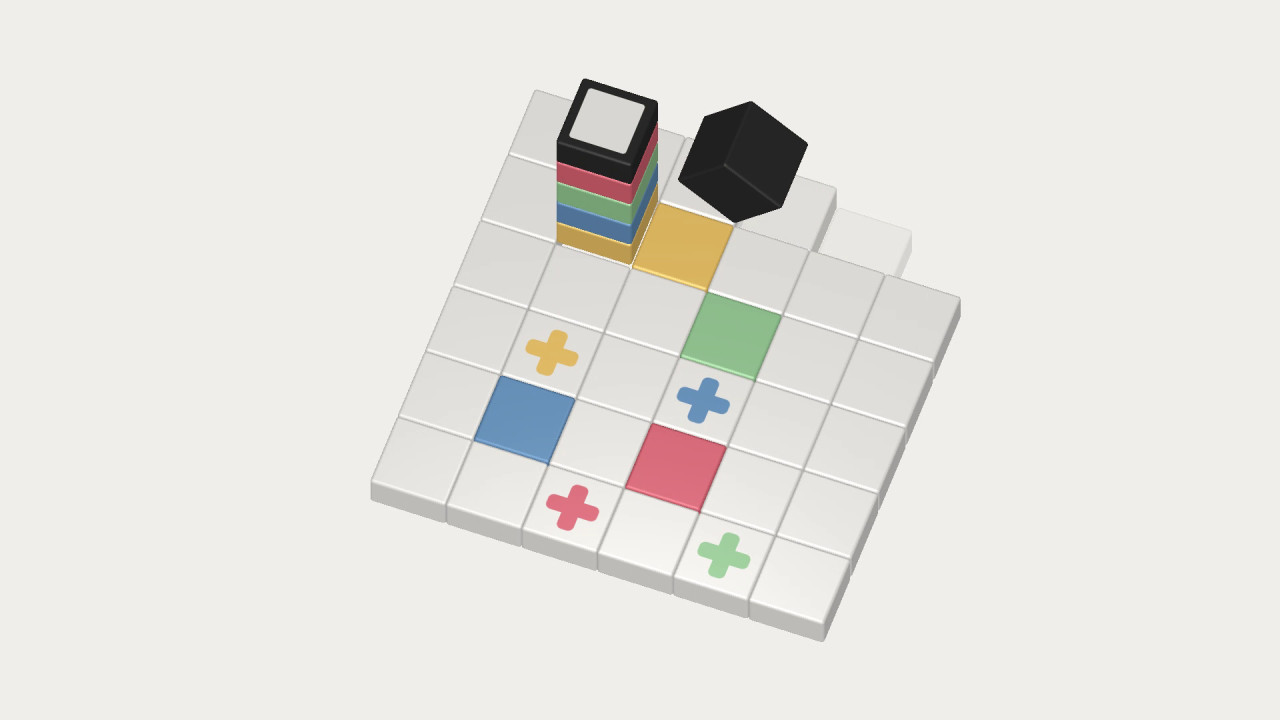 For such a simple game, both programming and gameplay-wise, I would expect every aspect of it to be polished and perfect but instead there’s a litany of minor glitches and irritations. It feels as if the devs were in a rush to get it over and done with and hardly bothered to play it for themselves for any quality control.

This game is overpriced. I know a $1 game when I see it, I’ve played many of them and this is one. If you want to raise your game to the lofty heights of the $2 category you need to have something extra over and above the thousands of other good $1 games and this has absolutely nothing to give it that edge. It doesn’t even have trading cards.

Call me a skinflint if you like, but if I had $2 in my pocket I’d buy 2 other good $1 games and sell their trading cards to buy a 3rd. That’s 3 games of equal quality for the price of this one. 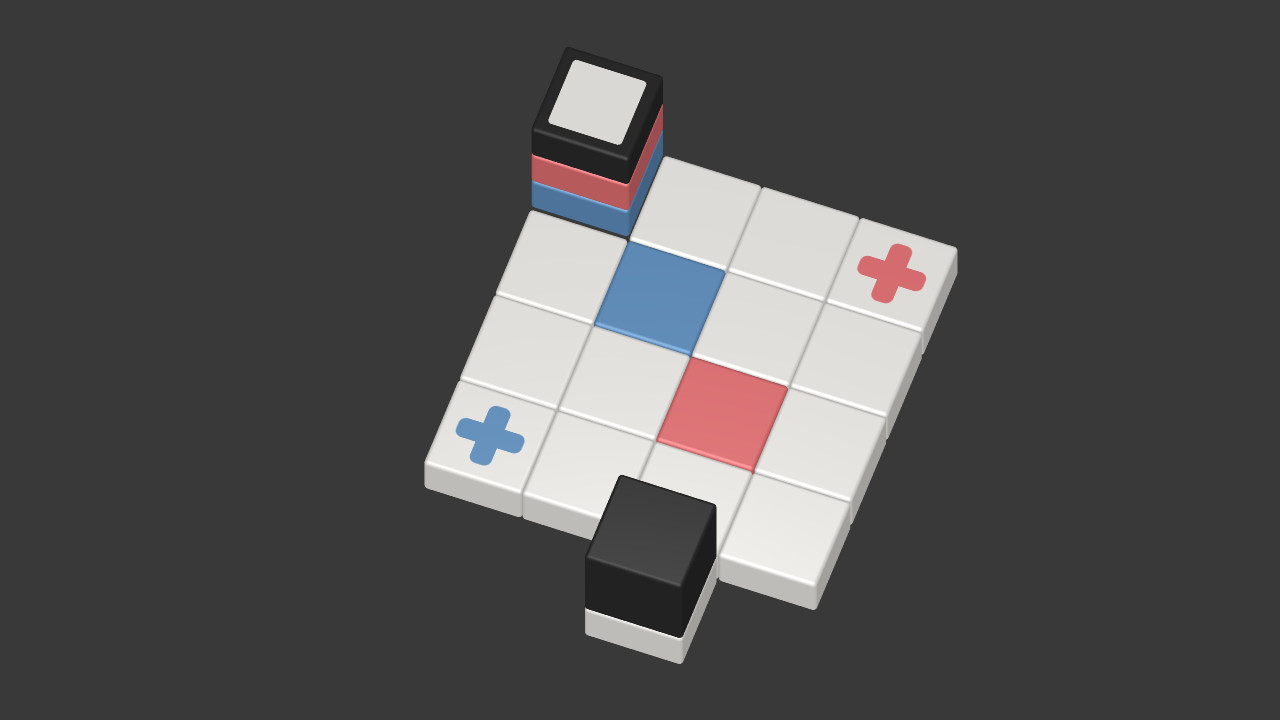 3 achievements, one for each section. Extremely easy to 100% the game. Lack of trading cards is another disappointment.

At the end of the day this kept me mildly entertained for a couple of hours and that’s all I look for in a cheap puzzle game so it gets a thumbs up, but it barely scraped through. I don’t usually give scores but this is a 51/100 – if it didn’t have Linux support I think having to play it in Windows would have tipped me over the edge into a red review.

The reason I’m so annoyed about this game is because it could have been so much more. How about timed levels? How about more than one cube and/or exit? How about hitting multiple primary colour + squares to meld them into secondary? How about an elevator taking the cube up and down between boards on multiple levels? How about a level editor for users to share puzzles? This is the easiest game I’ve ever seen to create levels, all you have to do is draw a convoluted line on the board and then join it up with coloured +/squares. These are ideas I’ve just thought of in the past 5 minutes, there is so much wasted potential.