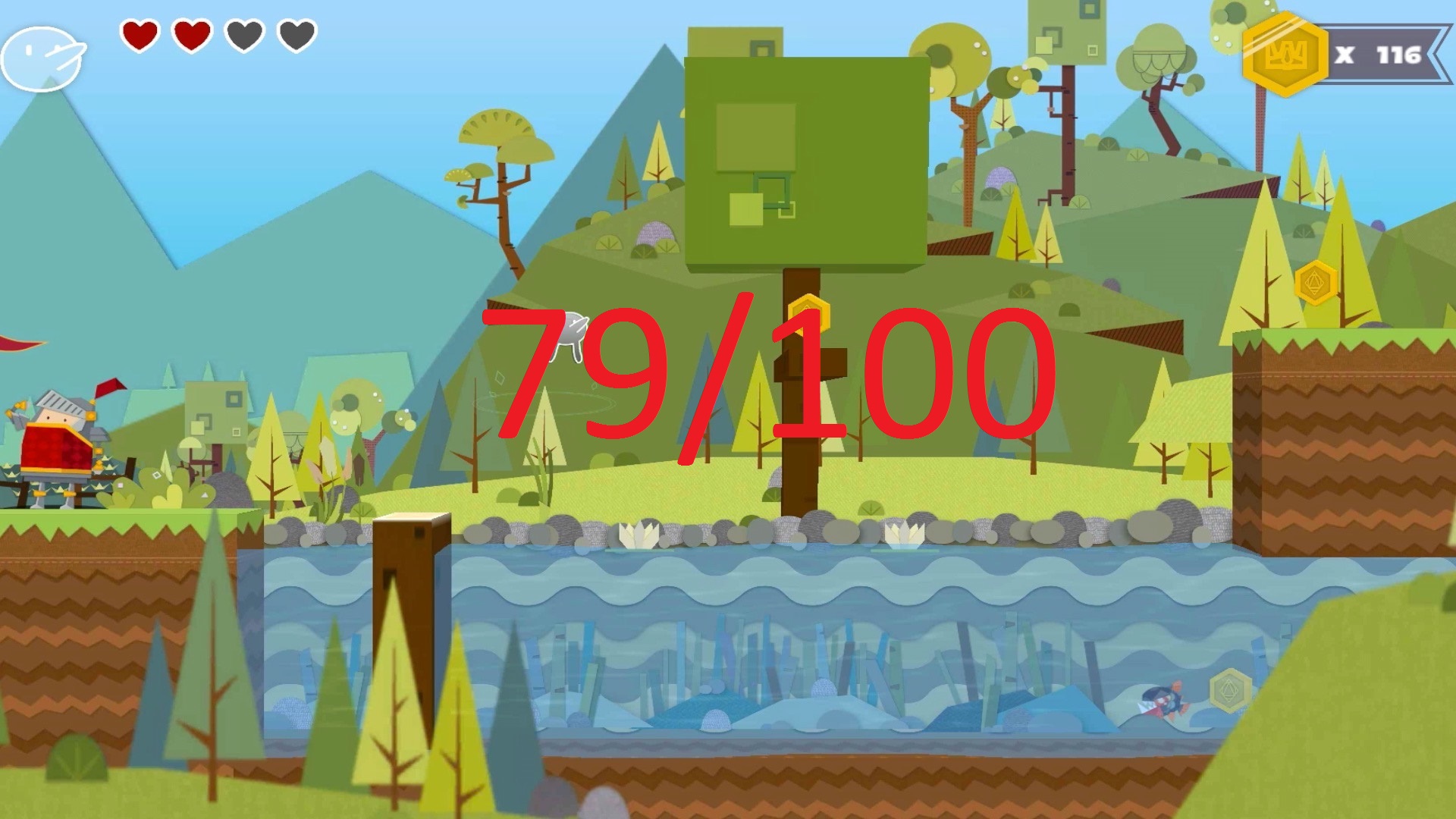 Flat Kingdom is a 2D platformer developed by Fat Panda Games and published by Games Starter. It has been a while since I last played a platformer: when I was very little they were the primary genre that I played, especially the movie-licensed Disney games.

The Flat Kingdom is a beautiful and peaceful 2D land, but now it’s threatened by an evil thief and becoming 3D! The only who can stop the chaos is Flat, a little hero able to change into a circle, triangle or square.
The story is very fun, and it gets more complex the more you play it. But by the time you reach the ending, it is very clear that this was supposed to be a family friendly game, and I did enjoy following our hero on his journey through the Flat Kingdom. The characters that you interact with have some really short but funny lines, and they sure cheered me up. I fell in love with the art style! While it certainly isn’t mind-blowing, seeing a 2D world made entirely by circles, squares and triangles transforming into a 3D one is a marvel to watch. The animations and character design are very cute, and the 51 enemies and bosses that you fight are all varied.
Each part of the kingdom feels different from the other, and each level has been design very well: you rarely get lost, and there are always hidden secrets that expand the lore.

I played the game with a controller since the keyboard controls didn’t feel very intuitive.
You have at your disposal four buttons: one to jump, one to turn into a circle, one to turn into a square, and one to turn into a triangle. As a circle, you can double jump. As a square, you move slowly but can move heavy objects around. As a triangle, you move fast. The further you go into the game, the more abilities you unlock to beat different puzzles.
I found the combat to be very original: since everything in the Flat Kingdom has a shape, you have to change shape in order to kill enemies. Square beats triangle, triangle beats circle, circle beats square. All you have to do is just to change shape and walk into the enemy.
The bosses that you encounter are very fun to beat, and a couple of them were starting to get very frustrating. Nevertheless, it is very fun to play and the controls are very smooth, making me fall in love for platformers once again.

The game might be family-friendly, but it sure isn’t easy. All of the puzzles revolve around finding an object or pushing buttons, and they are never too hard. The real challenge is in the combat: when you are fighting enemies of multiple shapes, it isn’t always easy to remember which shape to use. The boss fights are also very challenging, but after understanding the weak spot of an enemy, you can easily exploit your strategy. The soundtrack is very cheerful and it will definitely appeal to younger players. The sound effects are pretty standard, and the voice acting is fine.

In each level there are hidden scrolls to find, and multiple coins to collect. There is also a secret ending unlocked at 100% completion, and 48 Steam achievements to unlock.

Overall, Flat Kingdom is a very good platformer with effective gameplay, fun story, charming art style and great challenge. A must buy for fans of the genre.

REVIEW: Legend of Keepers: Return of the Goddess