REVIEW: Avaris 2: The Return of the Empress
Add comment
Share:TwitterFacebookRedditPinterestWhatsAppEmail 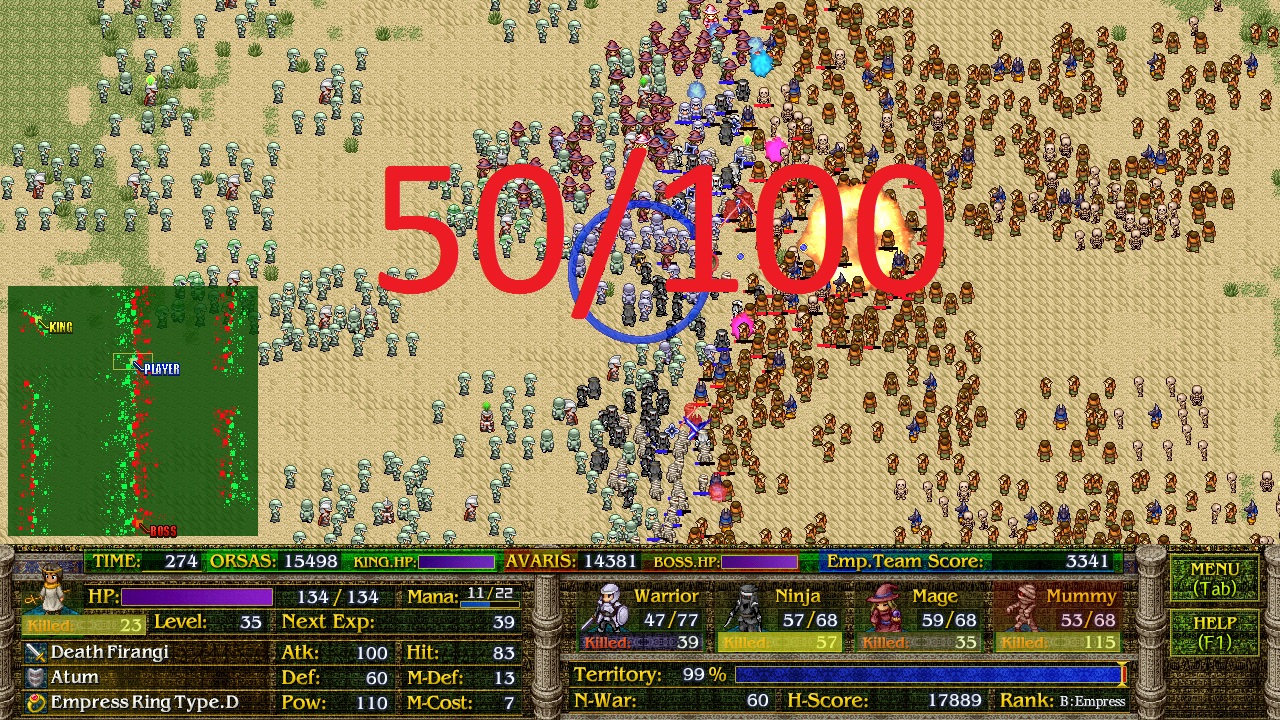 REVIEW: Avaris 2: The Return of the Empress 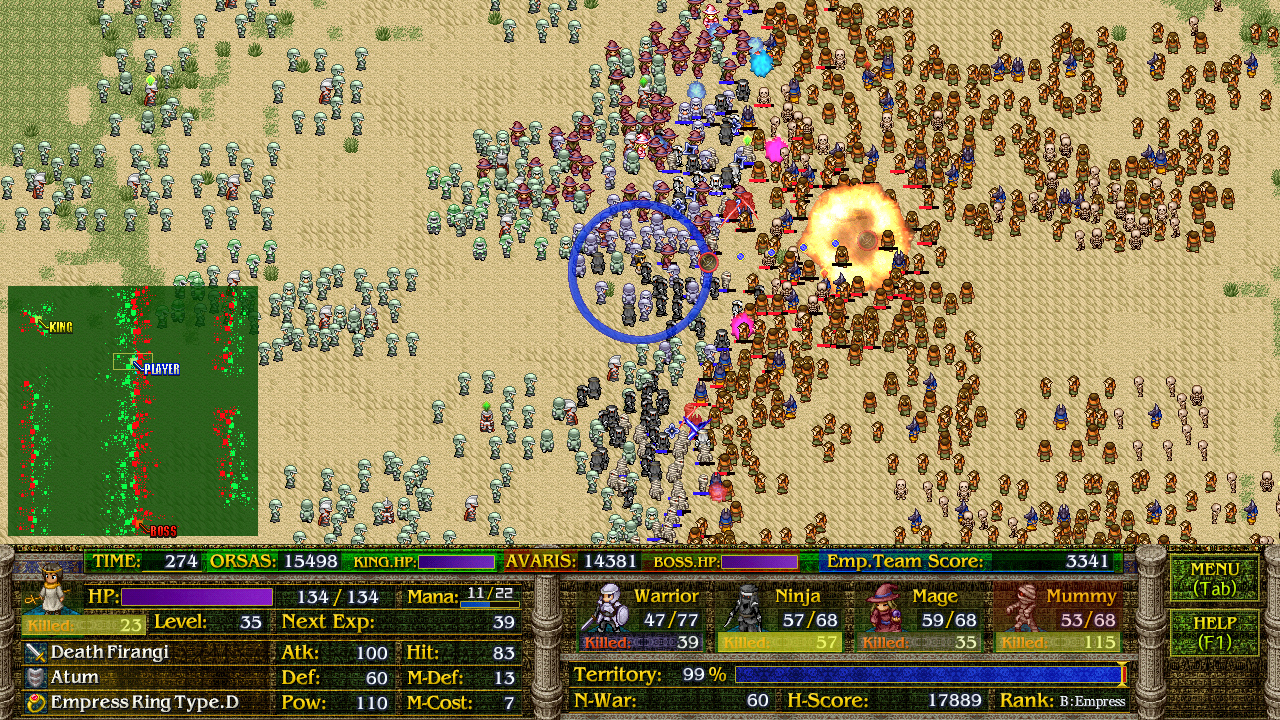 I want to recommend this game (or would if it was in early access) but I simply can’t. What drew me in was the massive amount of units that were about to go to war. What I got in return was an RPG mixed in with a few command elements with seemingly missing links. It looks like promising game play on the outside, where the inside is completely missing detail.

Avaris 2 : The Return of the Empress has you in control of the empress with limited abilities. When a battle begins, the player can control the empress by the mouse. Left click is movement whereas right-click will order units where to get into formation. The movement is a bit clunky and is limited to 8 directions. Shift will speed up the games process while space will launch the empress’ special attack. This special attack cannot be changed and remains consistent throughout the game (which is really unfortunate). Furthermore, you are unable to adjust the radius in which the special attack fires. It is set to one distance and can only be fired from this distance. This means that you must move the empress accordingly or you risk attacking your allies. Additionally (fortunately), your empress gains experience points and does eventually upgrade. 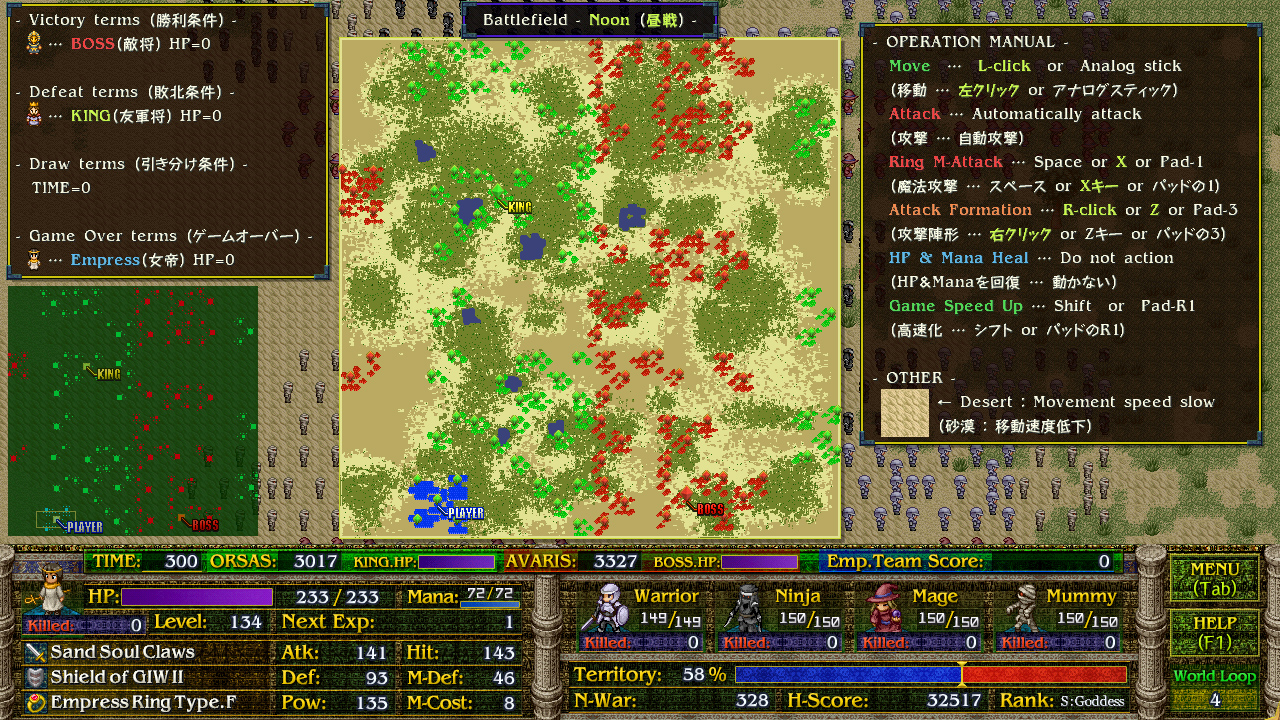 After each battle, there is an RPG element in which you may convert regular soldiers into ninjas (faster movement), mages (magic/range) or undead (slow but strong). All this conversion costs gold. Gold is a bit hard to come across at first but the game does throw bonuses your way eventually. Units themselves cannot be upgraded (only converted) whereas the empress may upgrade her sword, shield and magical ring. Unfortunately, upon beating the game I reached a peak where I seem to have the best of the best (even after pressing F2 to refresh the market. Oh yeah, you can suddenly swap merchants at will). Once you get what you need, there is nothing amazing that comes across that will change the dynamic of the game. If they added abilities to the units that could be commanded (or upgraded) it would have added a lot more depth to the game. The one thing that was done right was that every aspect of the game could have been explained with their help feature. Movement, objectives and indicators are always present to help the player easily figure out what needs to be done.

Battles themselves are okay and the empress will attack any enemy in proximity. Either than pressing space and shift maybe a few times, there isn’t much else to do than point and click. It is kind of crazy to see so many units on one playing field duking it out.

They did a decent job with the HUD. You don’t have to actively check how much mana you have to see that you can fire off your special ability. The graphics are at best mediocre. Some of the explosion graphics I recognize as stock from game maker gif’s. I don’t mind stock explosion animations were used but I would have appreciated some personal touches. Sounds are at best mediocre as well. Upon killing someone, a sound will be played. This sound however, will never change…

For the price, I absolutely do not recommend it. For an extreme sale price, I would. The replay-ability may not be great, but the massive battles may entice some users. FYI though, once you reach the top that’s as far as you can go. The game will “restart” but how fun is it running the same course over and over? I couldn’t even take screenshots in-game with steam overlay :(.