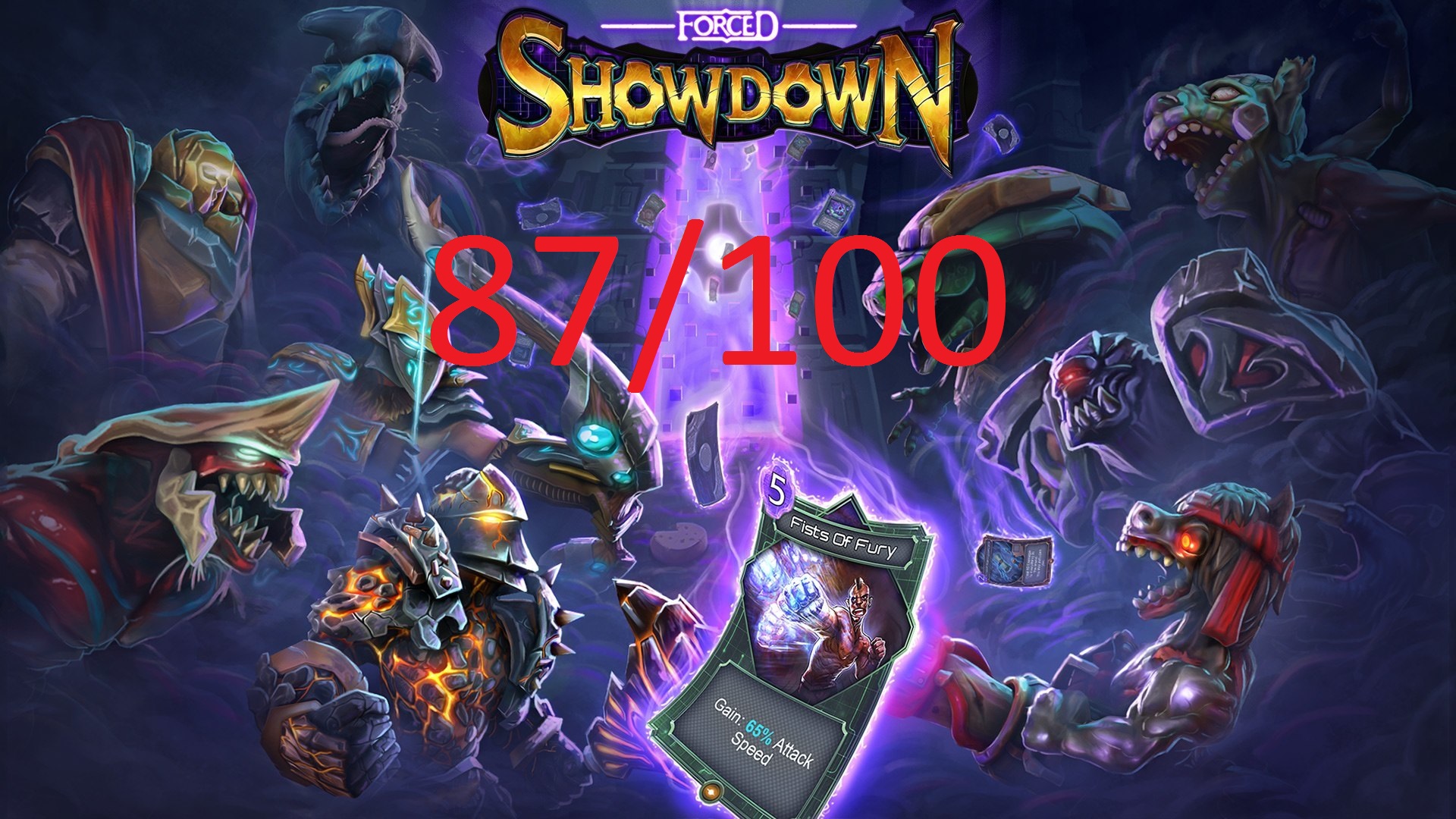 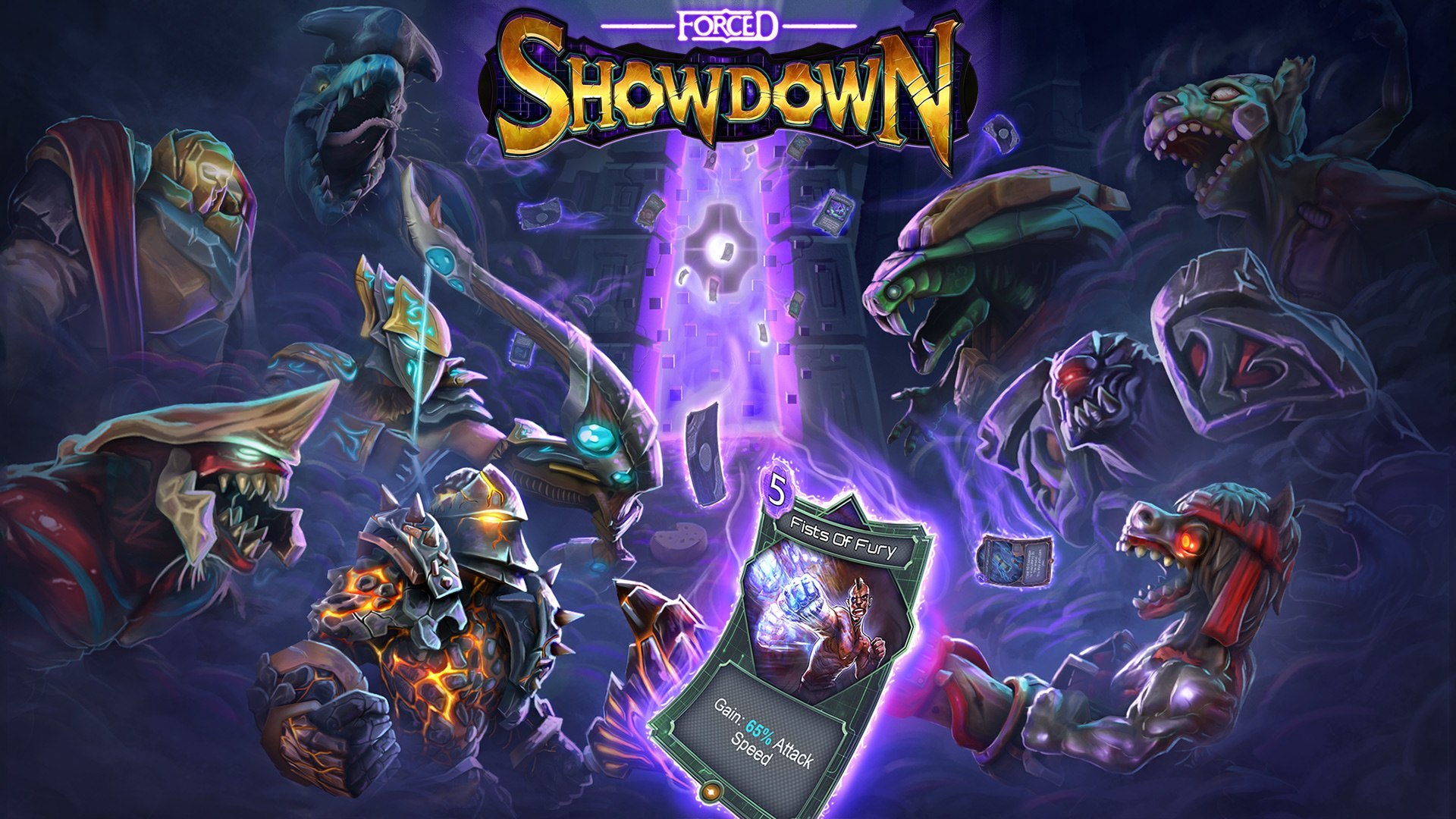 FORCED SHOWDOWN is an action indie RPG game, a successor to FORCED: Slightly Better Edition, a well-known co-op RPG game.
If this review is too long for you, I suggest you to only read the first paragraph about the game’s content and the final verdict at the end.

You are in some kind of a game show, where you are FORCED (see what I did there?) to fight enemies that are placed across the level. They get tougher after each stage, but you do as well.

Overall, this game is really good. There are a lot of good things and some bad things, but there is really no doubt about this game’s quality. In case you haven’t read the whole thing: the quality is high above average. I really like how this game looks and how it plays. I’m not the biggest fan of card games, but Showdown has them integrated in an unusual way that is, in my opinion, much better than in most games.
There are some issues in terms of performance and a lack of some features, but the updates are so frequent that I don’t have any fear that everything is going to be fixed sooner or later.
If you like RPGs and if you liked the original Forced, definitely give this game a try. It’s worth it.