You’re not alone on this ship

The crew of the USCSS Montero are woken up from hypersleep due to a distress call. The USCSS Cronus, an ancient science vessel, is the source of this distress call. Company rules says that in such situations the crew needs to investigate the derelict ship, and if possible save anyone on board. Not doing so will forfeit any payment for your current job. And really, what’s the worst thing that can happen?

Chariot of the Gods is the adventure that comes with the Alien RPG starter set, but it can also be bought separately in PDF form. There will be spoilers aplenty in this review, so unless you’re interested in game mastering the Alien RPG, you might want to stop reading now. 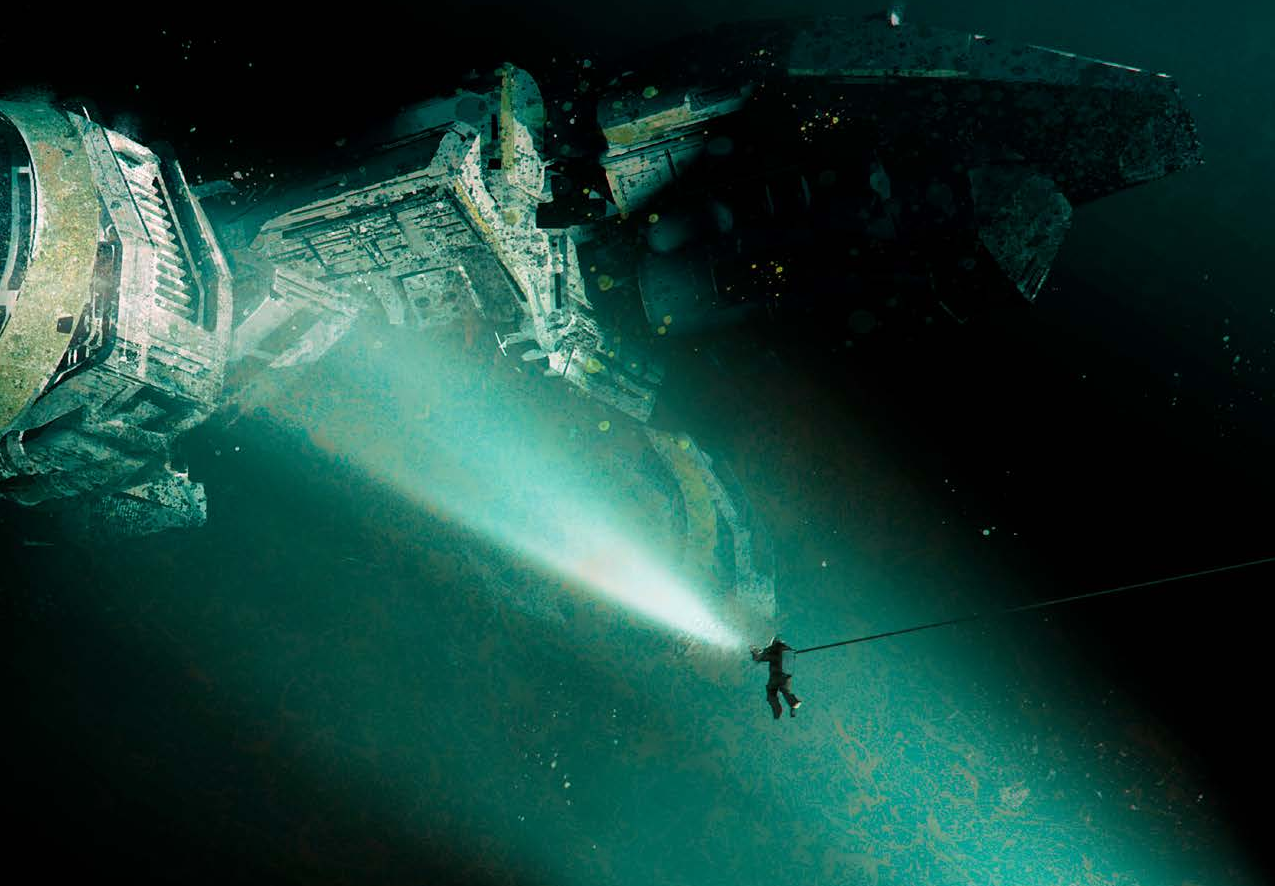 The crew of the USCSS Montero are transporting fuel to a colony that’s recently been established, for Weyland-Yutani. But on their way to the colony their ship is stopped, a distress signal can be heard coming from an old ship that’s drifting through space. The USCSS Cronos was launched over 70 years ago, and up until now its faith was unknown. The crew of the Montero will now have to investigate what happened to the Cronus, or forfeit their payday.

The Cronus is not quite as dead as it might first have seemed though. Power is still on, if barely, and several crew members have survived in stasis. But on board the ship lurks something terrible. Creatures who once were human stalks the hallways, and worse yet the very air itself might prove dangerous to anyone on board the ship. 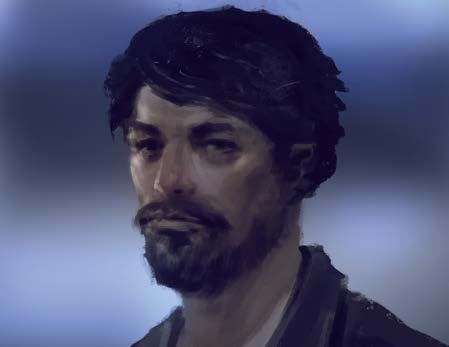 The adventure is split into three acts, the first one sees the players board the Cronus, trying to figure out what happened and wake up its crew, the second act sees their way home destroyed, and they now need to figure out another one, and the third act has the players try to decide what to do with the ship they’re on, if it’s worth bringing it to civilized space, with the potential for some company from an outside force. It’s an adventure that give the players a fare bit of freedom to decide exactly how they want to tackle the problems at hand, and particularly the third act has no set outcome. There are also a lot of optional events, some that the GM can chose to use at an opportune time, and some that might be triggered by the players, depending on their actions.

Chariot of the Gods seems to have a setup that’s pretty much written to mess with players expectations. At first the adventure might seem like a rethread of the first Alien movie, heck the ship the players start on is even the same model as the USCSS Nostromo from the first movie, but events quickly take an unexpected turn when the players get on board. The threats on the ship are not plucked from the first Alien movie, but rather Prometheus and Covenant (but better implemented than in either of those movies). This feels like a conscious choice, made to show both players and the GM that there are more things to the Alien universe than just the classic Xenomorphs.

There are three ships in the adventure, the Montero, Cronus and Sotillo, the last of which may or may not show up in Act 3 depending on the GM. Both the Montero and Cronus have ship plans in the book, and for the Cronus there’s also a large map that comes in the start box. Most of the adventure takes place on the Cronus, and it’s described in detail, with every room of the ship getting a writeup.

Sadly there’s hardly any information about the Sotillo, apart from a small image showing roughly what shape it is. It would have been nice to get at least an overview of the ship, as there’s a chance that players might try to make their way onboard. 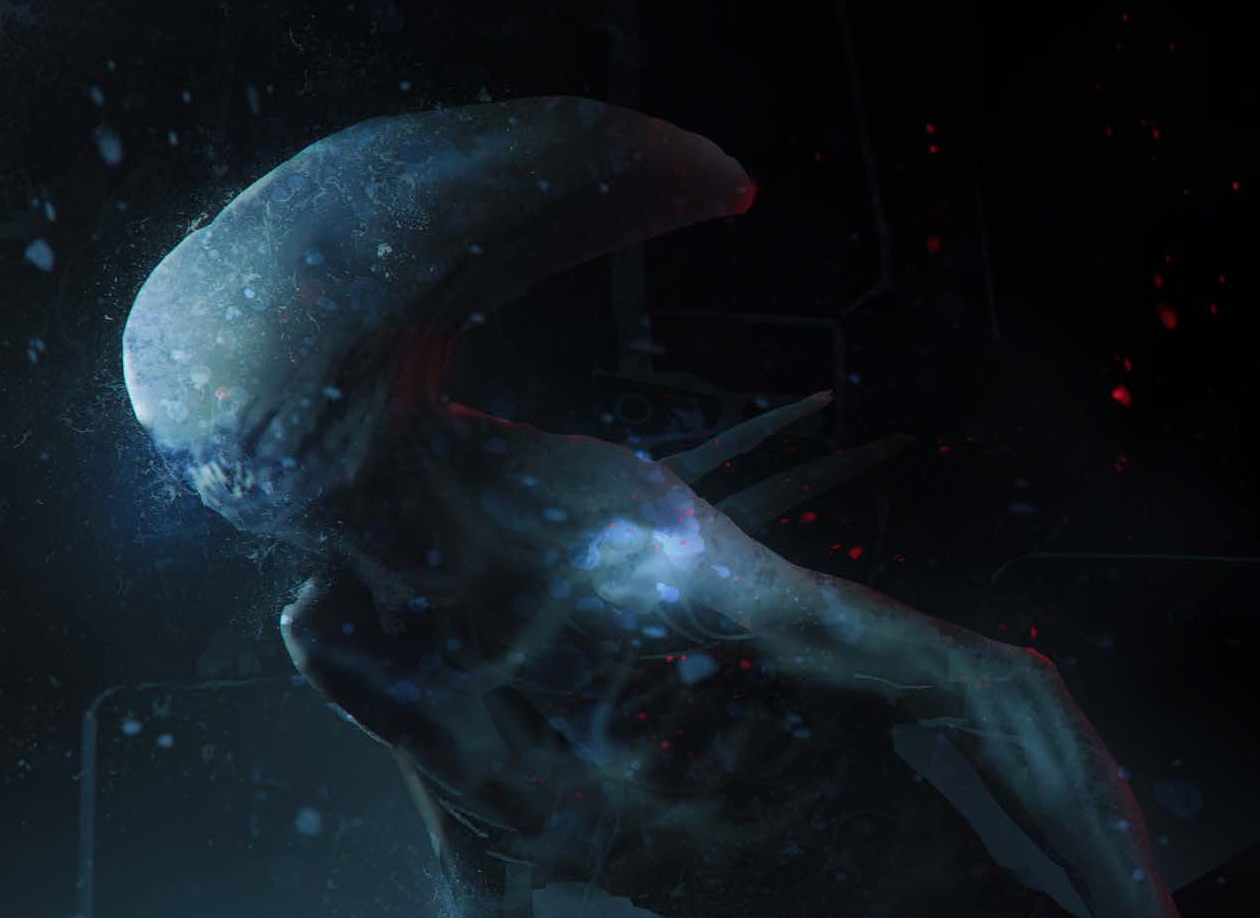 Onboard the Cronus are two kinds of (almost) non-human creatures, Abominations and at least one Neomorph. Abominations are humans that have been changed by the black goo seen in Prometheus, and are almost zombie-like creatures, while the neomorph are like the alien creature that breaks out of the back of one of the crew members in Covenant. They’re not quite the classic xenomorphs, but they are similar.

If some human opposition is needed a GM can also bring in the crew from the Sotillo, and treat them as actively aggressive. They’re not trained soldiers, but they may or may not want to risk letting the Cronos and its deadly cargo reach populated space. And then there are the other players, who might just be the most serious threat of them all.

An Element of PvP

Something that might come as a bit of a shock to people not familiar to the game are the personal agendas. The adventure uses five pre-made characters, the crew of the Montero, and they all have their own agendas that they need to keep hidden from each other. At the start of every act everyone gets a new personal agenda, and these ramp up in severity as the game goes on. These agendas might put players in direct conflict with each other, as some of them might have their own views on what should happen with the Cronos and the things it carries.

The agendas do a good job at creating a bit of conflict, and to anyone who’s seen the first alien movie the idea should make sense. They might not be for every group though, for some this kind of intergroup conflict might simply not be fun, or even create out of game conflicts, but luckily the personal agendas are pretty easy to skip. Nothing about them integrates with the story in a way that makes them crucial.

A Few Things to Watch Out for

There are a few problems with the adventure that might need to be addressed by the GM before even starting. The biggest one is just how easily a player character can be killed through no real fault of their own. Alien should be lethal, but what works in a movie does not necessarily work in a game. Scattered around the ship are spore pods, similar to those seen in Alien: Covenant, that when agitated releases their deadly spores. People without protective gear might get infected by these and will, sooner or later, give birth to a Neomorph. There’s a cure for this, but the cure is almost as bad as the disease, as it in turn can make player characters turn into abominations. A lot of these effects will happen in Act 3, after all it takes a while for the spores to take effect, but it might feel a bit bad for a player to just be told that they lost their character, and that there’s no replacement, and there’s still an hour or more left of the adventure before it ends. The actual creatures on the ship are deadly enough as is, for the lightly armed player characters, and there are plenty of NPCs that might be turning into abominations at inopportune times. 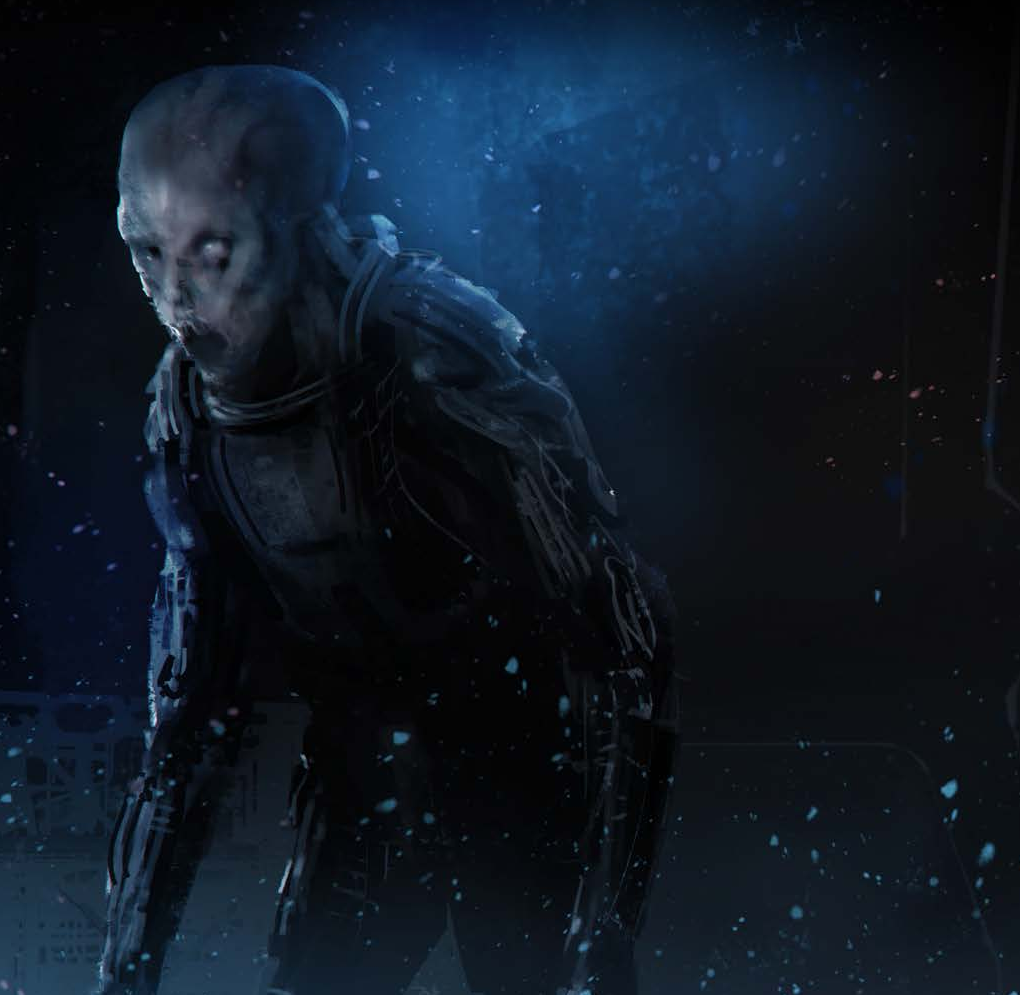 Another thing is the small shuttle that the Montero is carrying. It’s not listed anywhere that there is one, in a way that makes it obvious that that’s what it is, but it does get referenced in the adventure. It might be a good idea for a GM to make a point out of mentioning it, or else the players may not even be aware of its existence. On a similar note, there are some references to skill rolls that only a scientist can make scattered through the adventure, but none of the starting characters have the required talent and the one NPC who do is not long for this world.

The adventure is also longer than the estimate written in the book would imply. The book claims that this adventure should last one 4-5h session, but that estimate seems to be far far too low. Even the most focused group, that skips most optional stuff, are looking at least an 8-10h adventure, and most groups will likely need to double that.

The books layout is overall quite good. Everything is grouped up in a logical way, and it’s easy to find what you need, as long as you know what you’re looking for. The book starts with an overview of the adventure and all the NPCs, then there’s a detailed description of the Cronus, describing all the rooms and what’s in them, followed by descriptions of all the events, organized by act. After that there’s a rule section, giving rules for neomorphs, abominations as well as some talents that the NPCs have. The book is overall also easy to read, with the only issue as such, the fact that you’ve got a big block just describing rooms, which might be a bit of an information overload, is really nothing that the author could have done anything about without radically altering the structure of the adventure itself. There are a few references to a map in the middle of the book that seem to be leftovers from before they decided to have a big poster-sized map included in the starter box, as there’s no map there.

There’s not a whole lot of art in here, but what’s here is good. There’s a repeated picture of a neomorph (one of which takes up a whole page) and a picture of an abomination, as well as portraits for all the NPCs. The maps are also easy to read, even in a dimly lit room, something that’s always handy for a map used in a horror scenario.

Chariot of the Gods is a good adventure that might require a bit of tweaking to work for most groups. Luckily the tweaks needed are easy enough to do, nothing integral to the adventure gets changed by these tweaks. In fact, with those tweaks it’s a really fun adventure, and a good representation of the Alien universe. Heck, if anything, the implementation of the abominations in particular are far more interesting here than it was in Prometheus (although this comes from someone who does not really care for that movie).