REVIEW: Batbarian: Testament of the Primordials

A very impressive Metrodvania that might look simple on the surface, but provides a fair amount of challenge, particularly on the boss battles.

Batbarian: Testament of the Primordials (Referred to as just Batbarian from now on) was somewhat of a surprise for me in terms of difficulty, since I’ve played through several Metroidvanias in the past I knew what to expect on the surface. However, this title in particular thoroughly put me through my paces in regards to the boss fights which was somewhat unexpected at first glance of this title. Boss fights are definitely where this game shines the most with exploration and finding secrets coming in close behind it.

Exploration is done like any standard Metroidvania, you’ll progress through a maze-like cave with certain areas being restricted, requiring some ability to gain access to it. Getting lost or not really knowing where to go next is somewhat part of the experience, giving off a sense of satisfaction when you finally figure out where to go next (or feeling dumb for not trying to do that sooner). You’ll acquire a handful of different abilities but the more unique one is using your magical bat named Pip. You’ll gain new elements for Pip to change to on the fly, being able to change his aura to fire, ice or neutral.

This mechanic isn’t just used to gain access to new places however, you can block enemy projects by using the right element. For example, fire can block ice, ice can block fire and neutral can block purple flames, the game utilises this in a number of different ways, most notably with some of the late-game bosses that use magic to attack you. Pips’ neutral stat is also used as a light source in the dark areas you explore, you can throw a berry to move Pip ahead to see where you’re going, throw a berry that Pip hates to get him to attack an enemy and throw a stick berry to make Pip stay in one area for longer. These mechanics all work well together and provide extremely valuable against certain bosses. 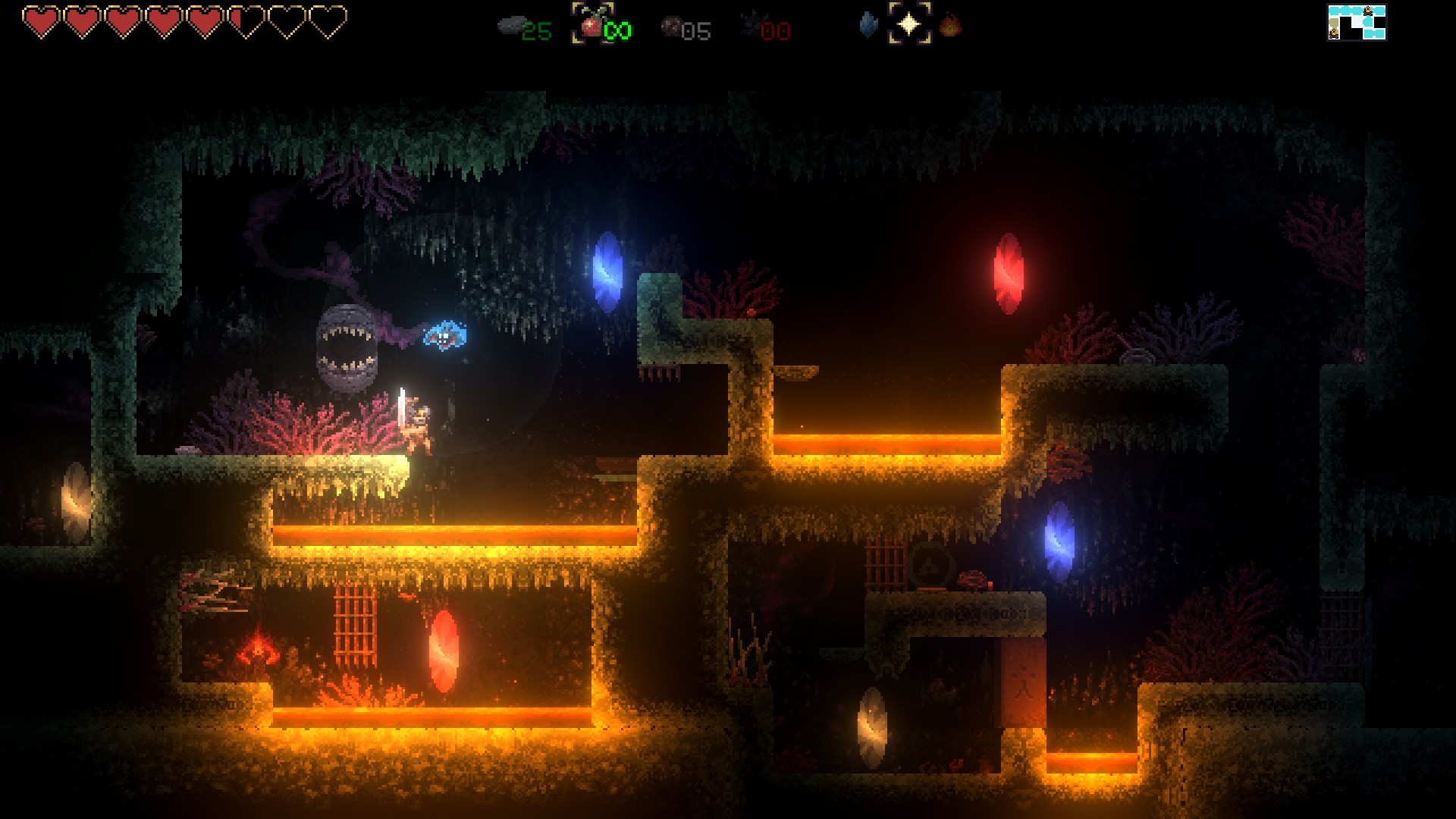 Who Knew You Needed Platforms in a Platformer

To traverse through the dark abyss you’ll need to platform your way around the place, who knew that caves were so conveniently designed this way! As you progress the difficulty of platforming increases, but a considerable amount in certain places. Sometimes figuring out what to do isn’t quite straightforward or easy, so it’s lucky that you can damage boost your way through spikes if the path ahead looks too difficult to get through. It’s possible, obviously, to get through the entire game without having to damage boost your way through, but sometimes it seems that you’ll take more damage trying to do it the legitimate way than if you purposely took a few hits to get through.

The platforming segments are consistent throughout, and you’ll also be present with a multitude of puzzles to solve to progress. They are mostly self-explanatory but sometimes can be slightly confusing if you overlook a pressure plate or switch that gets lost in the background scenery. Puzzles mainly utilise Pips abilities once again and do require some form of forethought before steaming in and making moves immediately. Though, in some situations where you can mess up a puzzle, you can enter a portal that resets the room allowing you to try again instantly.

Challenge is definitely no exception for this title despite the cute pixel art style that this game inherits, it definitely packs a punch with boss battles and might catch some people off guard. Each boss you encounter is vastly different from the last using new mechanics that you used to platform around that area and explore. But this brings up the age-old discussion of fairness. A boss battle has to have a sense of difficulty but also being fair, the obvious franchise that this is most commonly brought up in would be Dark Souls. This game by no means shares common ground with DS, the only thing these titles loosely have in common is the challenge. Batbarian, for the most part, is fair, you’ll have to learn the boss’s moves and react accordingly, however, there is one particular boss that crosses the line.

Until you reach near the end of the game the bosses will be challenging, you’ll be killed countless times trying to learn their movesets before you eventually get the hang of it. However, when you put two bosses together and expect the player to defeat them both simultaneously then it crosses the line of being fair. This boss caused me the most trouble and personally was the hardest in the title and for good reason. With one of them throwing projectiles whilst the other using an extremely long lance that can span almost the entire width of the screen, as well as pressure plates that shoot out fire from either side, then you’re in for a rough fight. This might’ve been passable if this boss was optional but alas, it wasn’t. I can see a lot of players giving up at that point just because of the unfair nature of the fight. Sure, it’s doable (barely defeated them with half a heart of health myself) but it does feel unfair with too much going on to really keep track of at once. 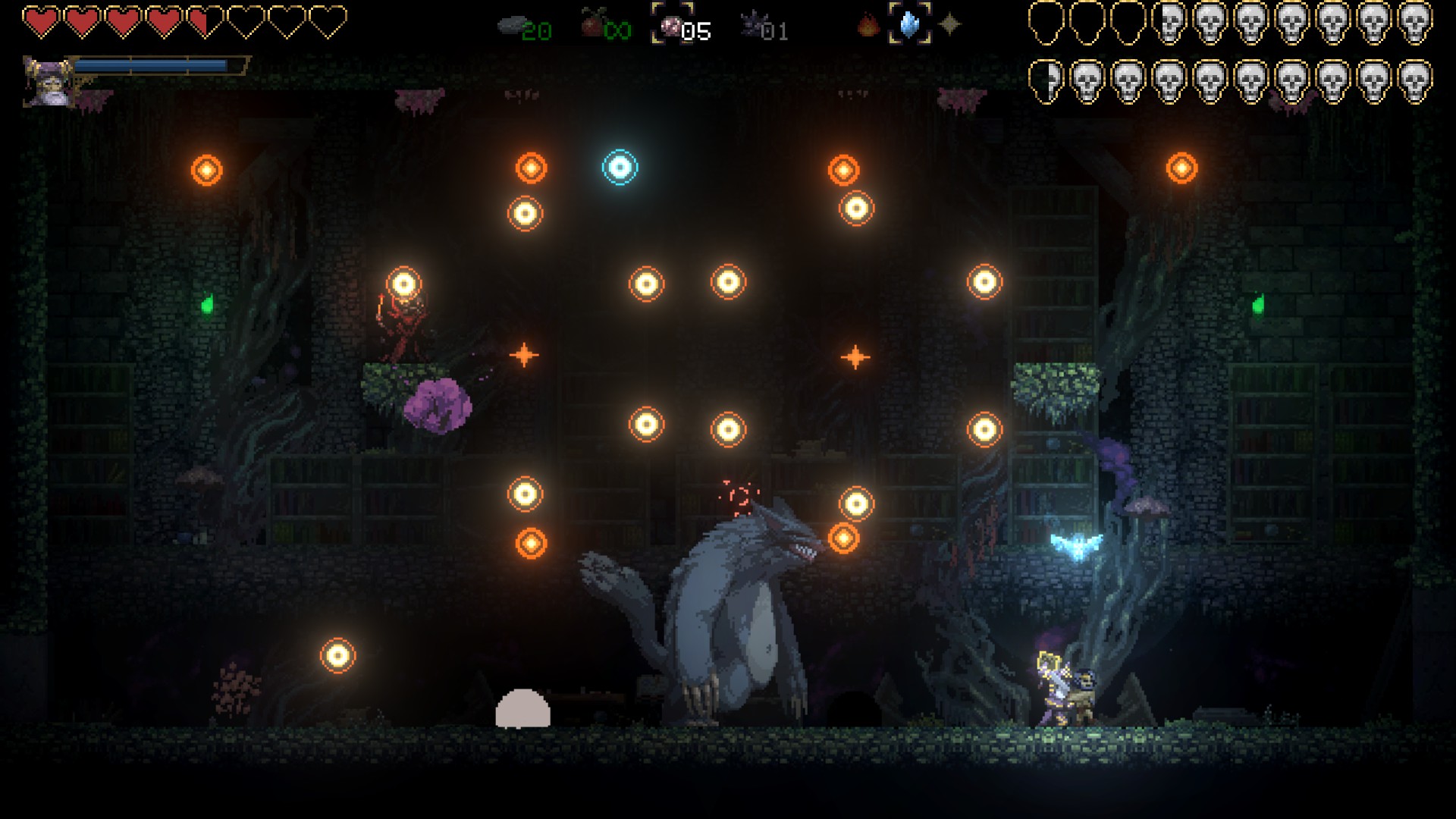 As you progress and explore this mysterious abyss inside of a mountain, you’ll come across different areas that are distinctly different from one another both visually and mechanically. No two areas feel the same and they are even coloured differently on the map so you can correlate them to their areas. Some enemies are area-specific and manage to blend in with the environments accurately to make it look like they’ve always been there. 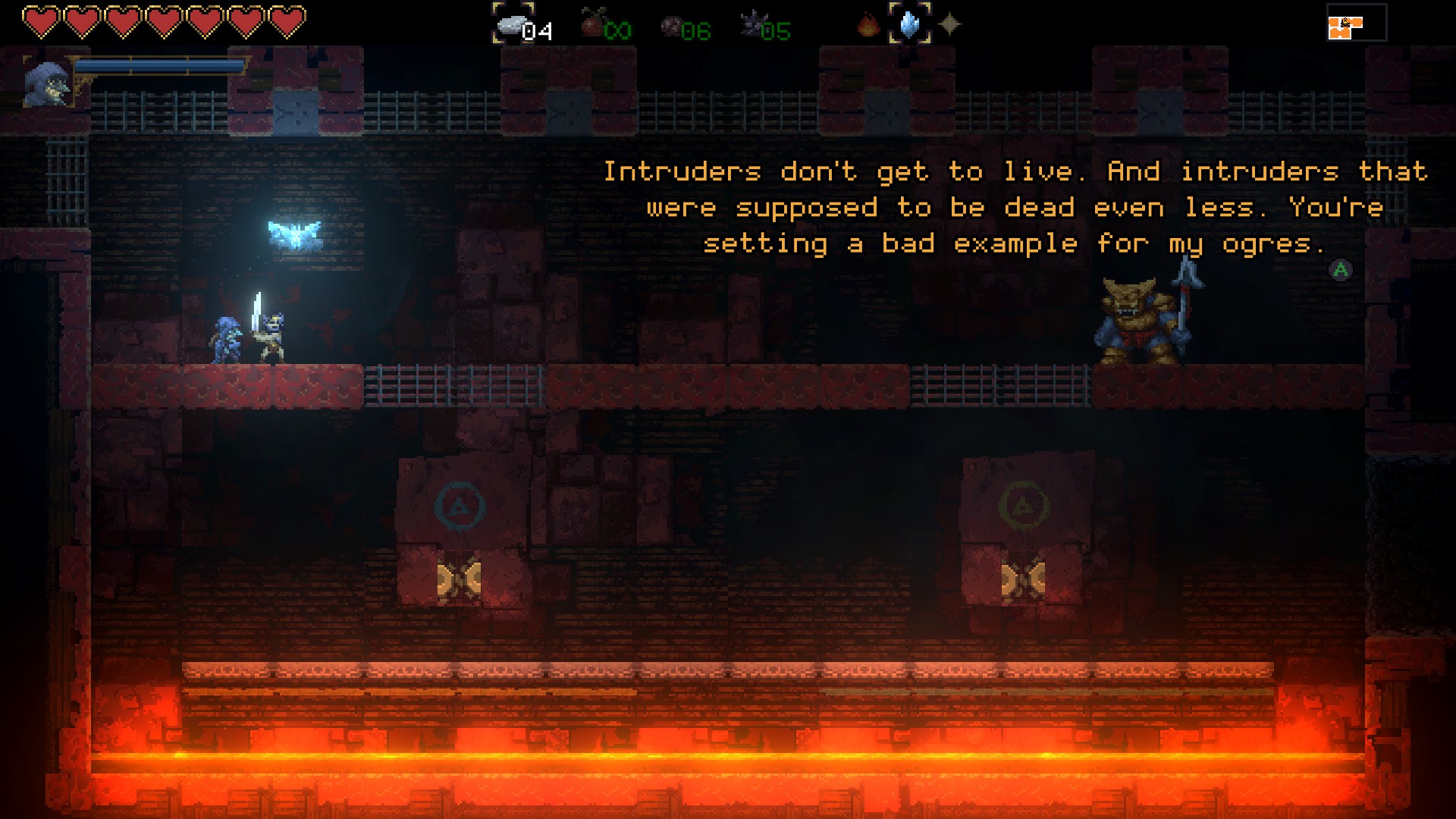 Batbarian is a satisfying and challenging Metroidvania that provides hundreds of secrets and a compelling storyline that I won’t spoil here. It definitely proves to be a challenge, particularly with its bosses despite the charming pixel art style that it uses. The mechanics used for your bat Pip are fleshed out and utilised in different ways to help you on your journey in more ways than one. Overall, it’s a great Metroidvania that I would recommend to anyone who likes this particular genre.