REVIEW: Frostpunk: On the Edge

It’s cold outside, there’s no kind of atmosphere. I’m all alone, more or less. Let me fly far away from here Fun, Fun, Fun, in the Sun, Sun, Sun. There’s no goldfish shoals, nibbling at yours toes or any fresh mango juice to drink here, just the unrelenting cold.

As this is Downloadable Content for a game we have reviewed before I will spare you the technical parts of this review and leave out my typical comments about the graphics, audio and user interface. It’s largely unchanged from the original so if you want an in-depth review of those elements, go check out some of the previous reviews we have had for Frostpunk.

Frostpunk is a game all about huddling around the generator for warmth however, when you are living On the Edge you don’t have such luxuries. Frostpunk: On the Edge is not only a new campaign, but it also adds a few other new elements into the mix. I didn’t have the luxury of playing the previous DLCs so I can’t compare it to those but I can tell you I did enjoy this twist on the Frostpunk core gameplay. Rather than being a mostly self-reliant city that expands its domain with outposts, you are one of the outposts. You are heavily dependent on New London to feed your people while in trade you supply resources back to New London. Unfortunately, New London has all the power in the relationship and uses your food supply as a control mechanism. Eventually, they go too far and you are forced to find an alternative food source in the barren wastes around you. You make contact with another settlement than was fortunate enough to find a hot spring and begin to work with them to improve their settlement in exchange for some of their excess food. New London feeling threatened that you are no longer dependent on them demands the food be sent to them for distribution and you draw the line in the snow at that. I won’t share any more of the storyline than that, but the basic idea is that in Frostpunk: On the Edge it is all about making safe routes between the various settlements your scouts discover. Conveniently there is one for each of the major resources you will need. It won’t be easy building up all four settlements (including your own) but as this is an Advanced scenario anyone with familiarity with the game should be up for the challenge. 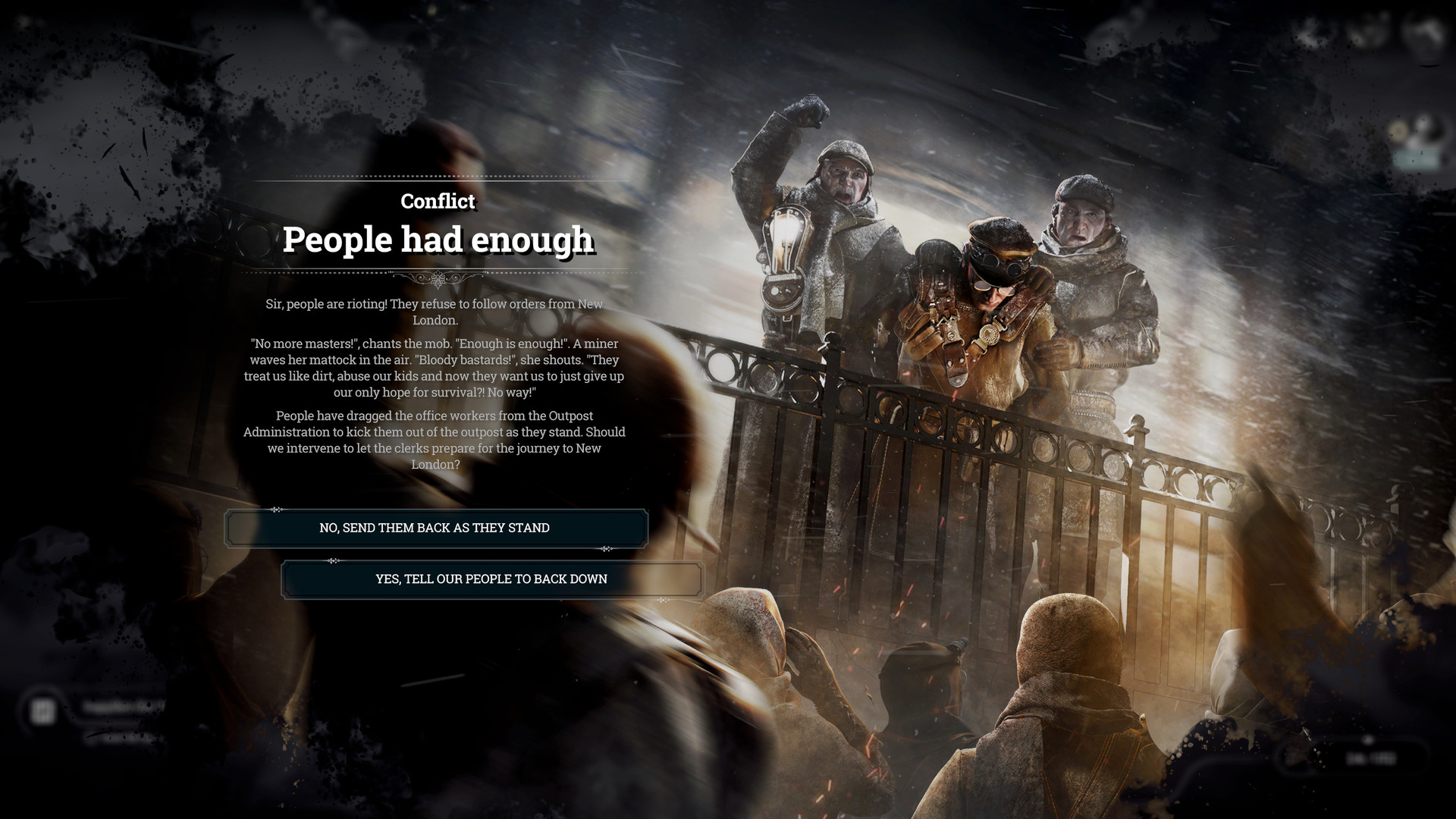 The new unit Construction Crew functions similar to the Scouts. Once the Scouts have made contact with another settlement, the Construction Crew can move there and set up a Trading Post. You lose the unit when the Trading post is completed though. The Construction Crew also can build up safe routes between your outpost and the settlement. This is a new mechanic for the game overall as it allows trade between the settlements and your outpost. In exchange for whatever resource they provide, you will either give resources or infrastructure/labour to the settlement. With your help the settlements will grow, you will gain favour with them and eventually, a regular stream of resources will flow from the settlement… kind of like how New London was with you… except you actually did something to earn it. It’s a fun mechanic and one that would have been right at home in the base game. 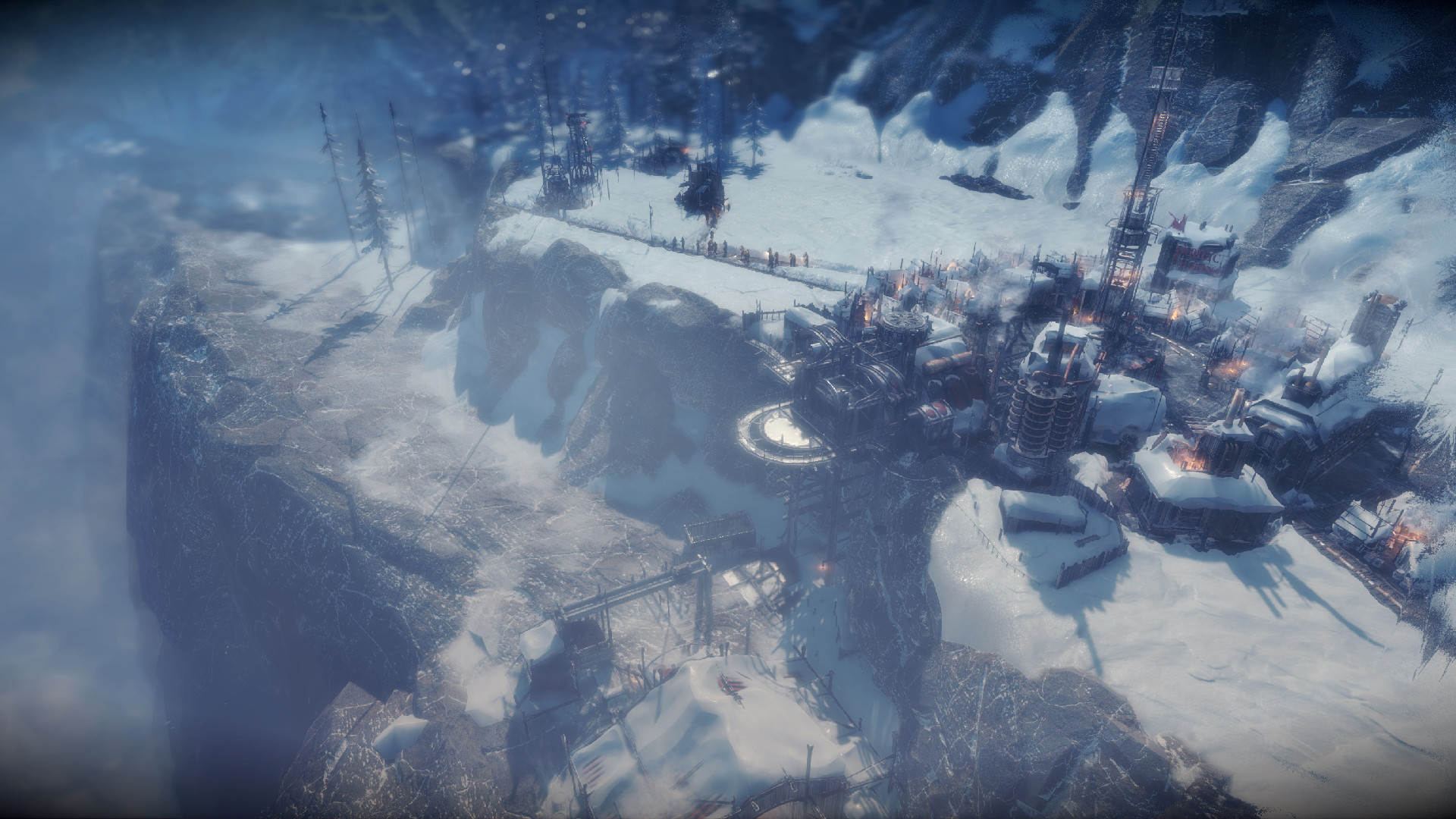 The On the Edge scenario itself is problematic due to the lack of proper heat sources but that just added to the challenge. The very limited resources were also a problem and actually lead to me having to smash some of my existing infrastructures in order to trade it for other missing resources. It worked out fine enough though in the end. I will admit I failed the first go around, but managed to scrape by in my second attempt. New London definitely didn’t make it easy for me though and having to rely on food and wood from the settlements due to having nothing available at my outpost made it a real challenge. The third settlement provided additional metal but I felt like it wasn’t really needed all that much because it was one of the resources I had in abundance already so I kind of neglected that one for a while in my second go of it. It helped me build up the food and wood sources faster since the mines were a drain on my already low wood and food supplies. It was likely a mistake to neglect the mine like that though, but sacrifices must be made if one is to survive the cold! 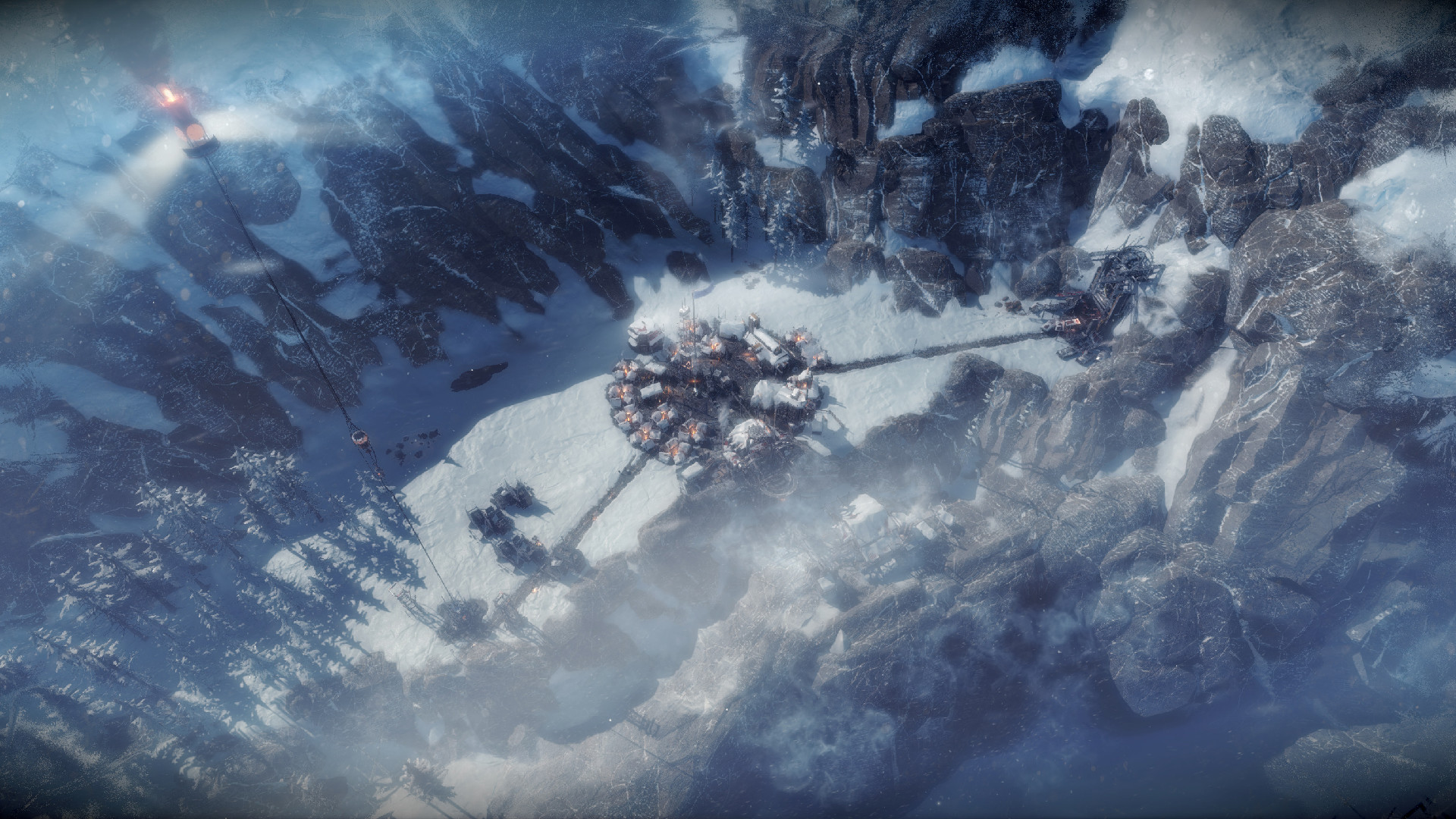 So, should you pick up On the Edge, the final DLC for Frostpunk? If you played the base game and want more of a challenge then I would definitely recommend On the Edge. Not being able to compare it to the previous two DLC is a shame, as I can’t tell you which one was best, but I did like how much On the Edge impacted the core gameplay of Frostpunk just by removing the generator. I could have done with some early food supplies that were more regular than the shipments from New London, but it was sufficient to at least get me going and drove the need to find the settlements as soon as I was able. If this will be your first play of Frostpunk, despite what the warning says when you select the DLC, it actually isn’t a bad starting point. It removes the Heat radius mechanic for the most part so that actually makes it a bit easier early on while learning to play the game. It also makes the game far more brutal later on, but by that time you will have learned the core gameplay and will have enough buildings and research done to compensate for it. As someone who actually lives in the frozen north and who has felt the nip of frostbite on more than one occasion, I feel the pain of the people who have to deal with the cold. I’m just glad for a couple of months a year we get at least some warmth here.