Fancy checking out a meticulously curated selection of indie digital and tabletop games then Indiepocalypse bundle might just be the ticket.

Indiepocalypse is a monthly game anthology that supports indie developers (both physical and digital) by collectively publishing and paying them for their work.

Each month will feature games by 10 different developers with the goal of bringing together games that explore the breadth of our art form. Each collection features the games collected in a zip file along with a PDF zine with a page highlighting each developer and featuring a cover by an artist outside of the world of games.

Andrew Baillie has taken the noble pursuit of highlighting a whole bunch of indie projects within the guise of a monthly bundle. It’s great that there are folk out there willing to put some hard work into championing the work of fledgeling developers. It’s hard enough for some triple AAA projects to attract any kind of attention, let alone the quirky and left-field titles found on the Itch.Io digital store.

I’m all for the solo developer. I always had a soft spot for the humble bedroom coder. My gaming heritage stems back to the glory days of the British 8-bit scene where pioneers like Mathew Smith, Mike singleton and Steve Crow created groundbreaking games unhindered by marketing departments and focus groups.

PSA: A number of the projects included in the collection are pen and paper tabletop games which I, unfortunately, can not review due to the current social distance situation in my country. Hopefully, in the near future, I can return to these and give them a proper evaluation once we return to some kind of “normal” living conditions 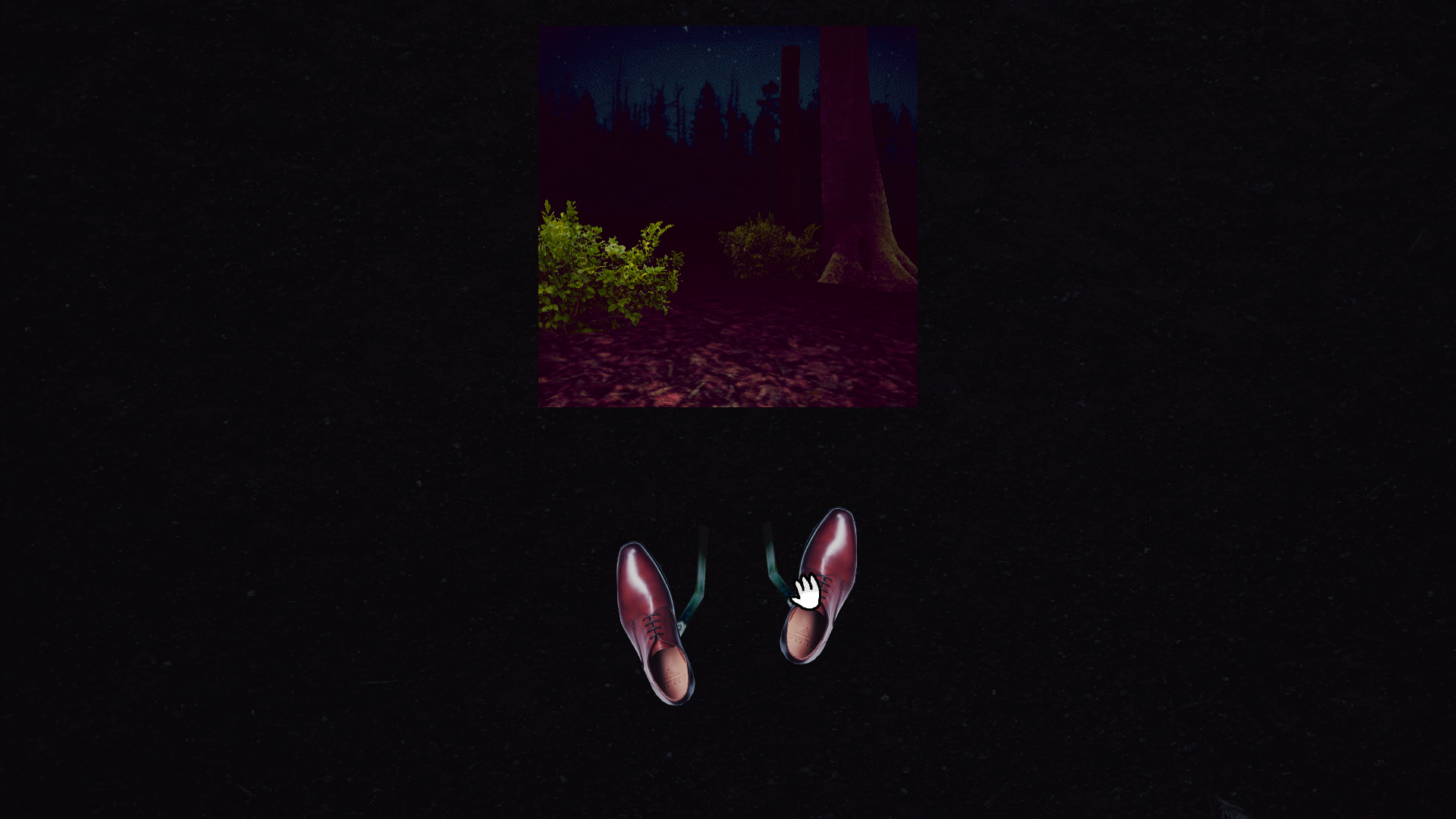 An interesting two-part dream sequence with a very unique control system. The first part is a midnight stroll in a park using the mouse to move your feet. The second part was a car interface with working clutch, brake and accelerator pedals, along with a stick shift manual gearbox. I enjoyed the intermission sequences with the old RKO style music hall tunes. the whole experience plays out like a proof of concept more than a well-rounded game. if this was the developer’s intention then they nailed it.

Come to life in space, and progress through this strange world by pushing away the building blocks. Jump against blocks or on top of them to push them in the opposite direction.

Bit of a mixed bag with some potential for a great platformer. The push block mechanic is different; the skill required to manipulate them is required a dexterity which I don’t possess. I like the simple graphics as they remind of a C64 era Knytt type project. Could be the next Super Meat Boy if fleshed out and polished. but for me the time I spent with the game was more frustrating than entertaining. I will hold my hands up and once again state, that I’m no hardcore platformer ninja.

Are u ok? Takes the form of a non-linear story by using the twine scripting tool. It can be played on any browser that supports modern protocols. It is set in a cinema and describes the writer’s experience at a movie premier where things go a little sideways. The subject matter may not be my taste but as a showpiece of the power of logical scripting, it does the job admirably.

An interactive poem about the author’s thoughts on the game NieR:Automata. Having not played the said game I could just focus on the prose and make my own interpretation. I liked the presentation and the ability to reveal the poem line by line. Obviously, the piece will resonate more to fans of Yoko Taro’s work.

You come across an old game box. It reads:

“The HD remaster of a forgotten Ensign Vic-30 classic , BRKÖUT is the definitive block-breaker for a generation.”

As a kid, I was a big fan of Arkanoid in the arcades so this “demake” is right up my street. The developer has nailed the Commodore aesthetic superbly. The gameplay is rock solid with a clever spin on the breakout block genre. You can catch the falling bricks as you hit them. These are added to your original bat shape to create a complex matrix of blocks. This kind of game is all about angles so returning shots can be quite tricky. But enjoyable exercise. Love the thumping chiptune style soundtrack by Sirmooge. Fits the tone of the project perfectly. 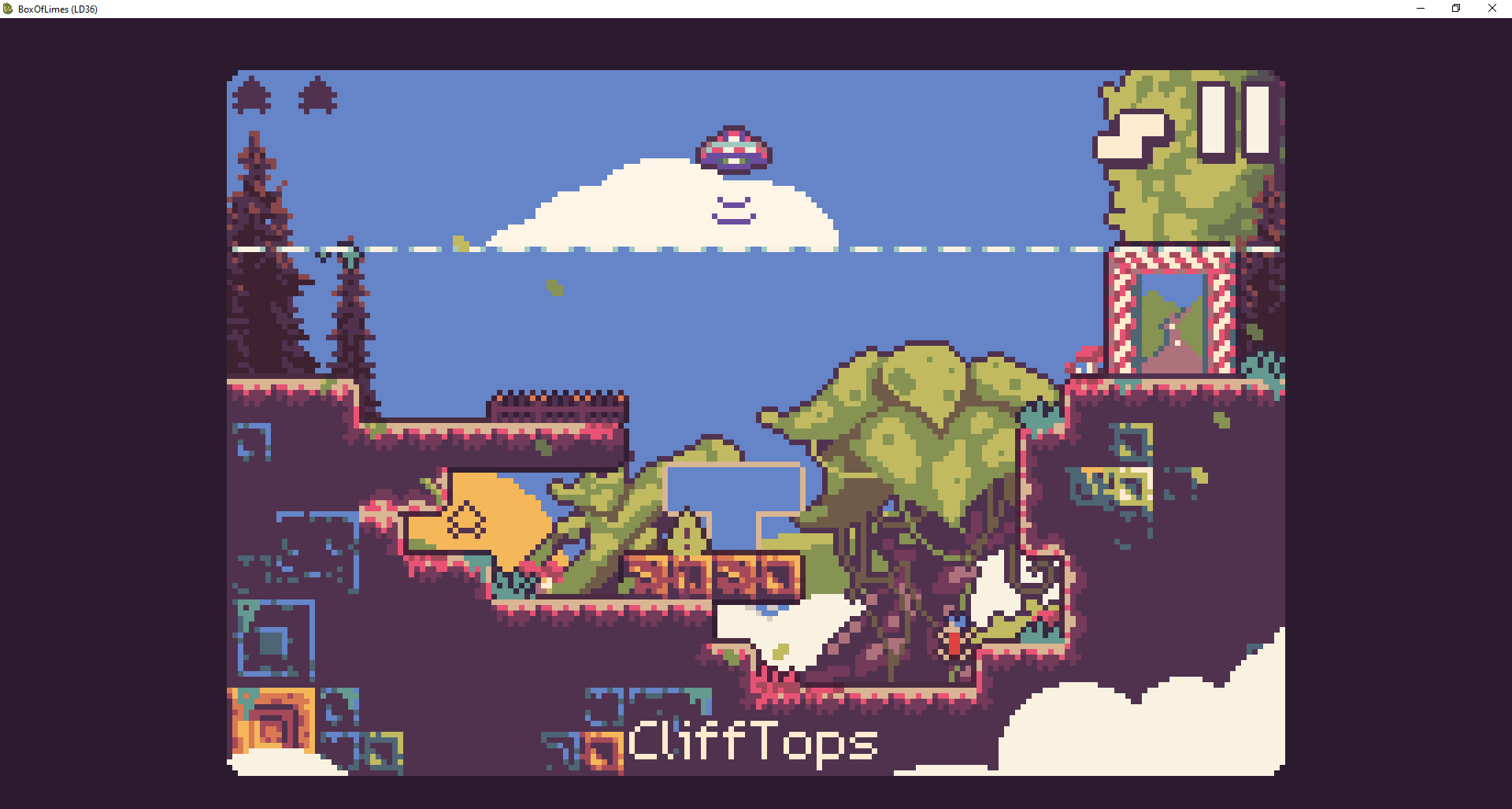 These style of games are the major reason I like browsing the Itch.io store. they are the kind of games that you will not see anywhere else. Who would’ve thought of mixing two classic games like Lemmings and Tetris, yet make the concept work? A very refreshing take on the puzzle genre where the mechanics are already second nature to a burnt-out grizzled gamer like me. Lovely art design and a very clean presentation add to the charm of this little gem. 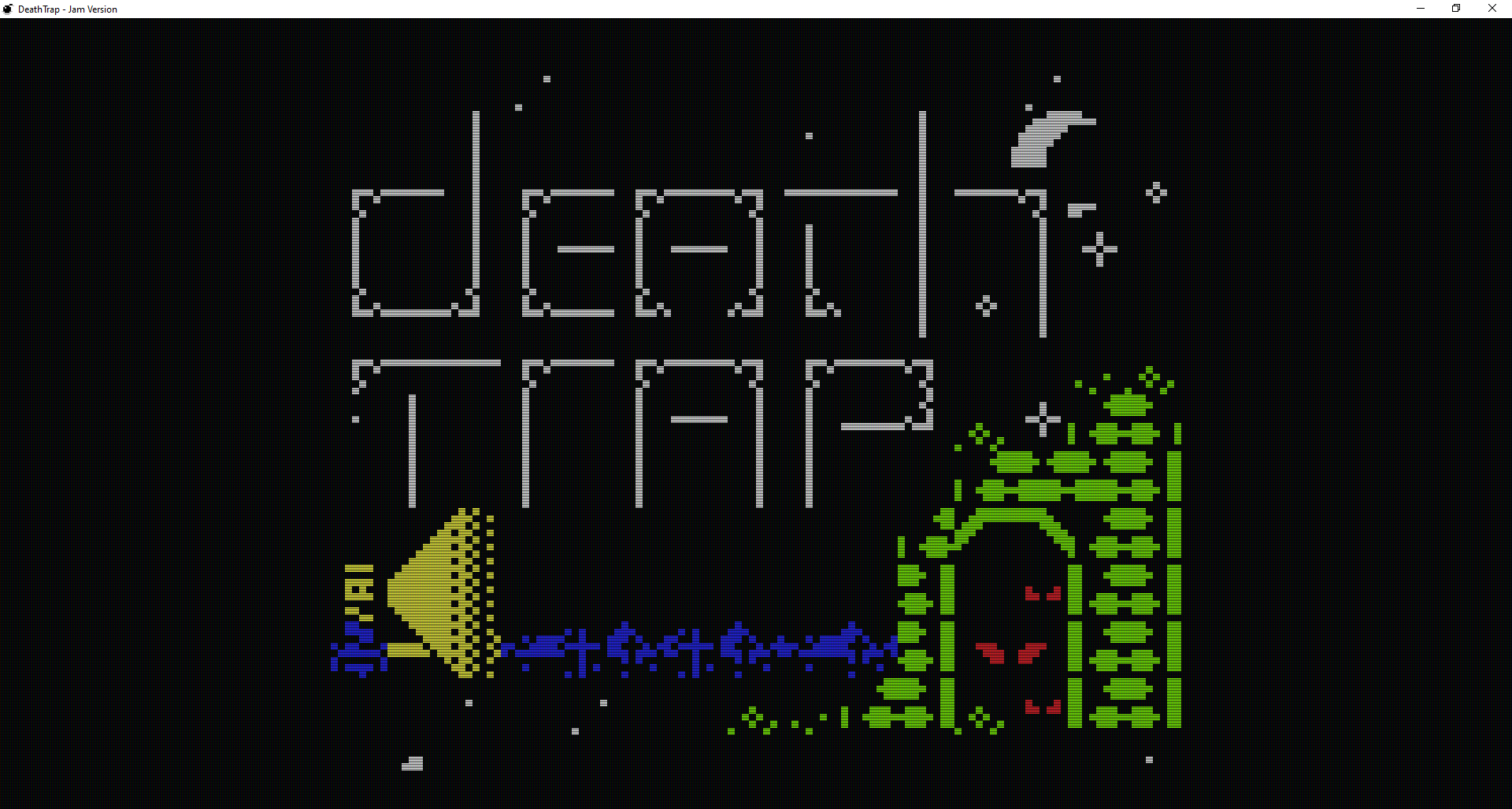 Yet another arcade mashup. This time its Boulderdash meets Dig dug with a spot of rogue progression. The gameplay is simple yet compelling. Your titular pixel hero uses the four cardinal directions to dig and collect green gems. As you complete level new enemies are slowly introduced such as bombs with timers and a large area of effect. It’s a great throwback to a time where gameplay was king and fancy graphics didn’t matter. Highly addictive 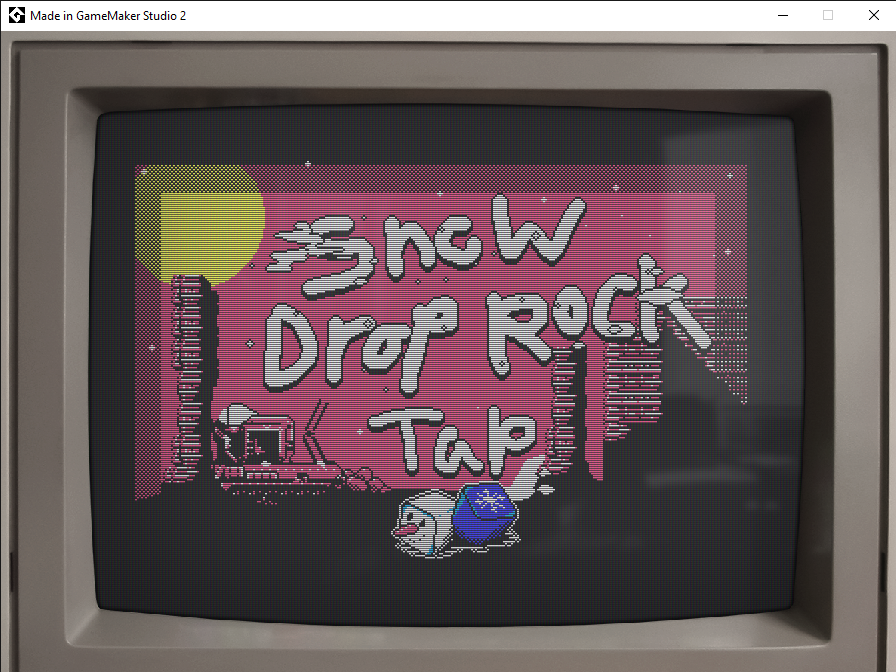 Want another quirky yet endearing mashup? Yup, you got it. I can now see a pattern emerging and a certain auteur style of LadyLeia. She is the queen of combining classic gameplay techniques and melding them into something new. Snow Drop Rock mixes the hugely popular match-three system with a balance/seesaw dynamic. All wrapped up with a fun and cheery cartoon art style and bleeping soundtrack. A delightful cocktail of game design and engaging gameplay. This game would not be out of place on the Switch digital storefront. It’s an ideal puzzler for the portable market. 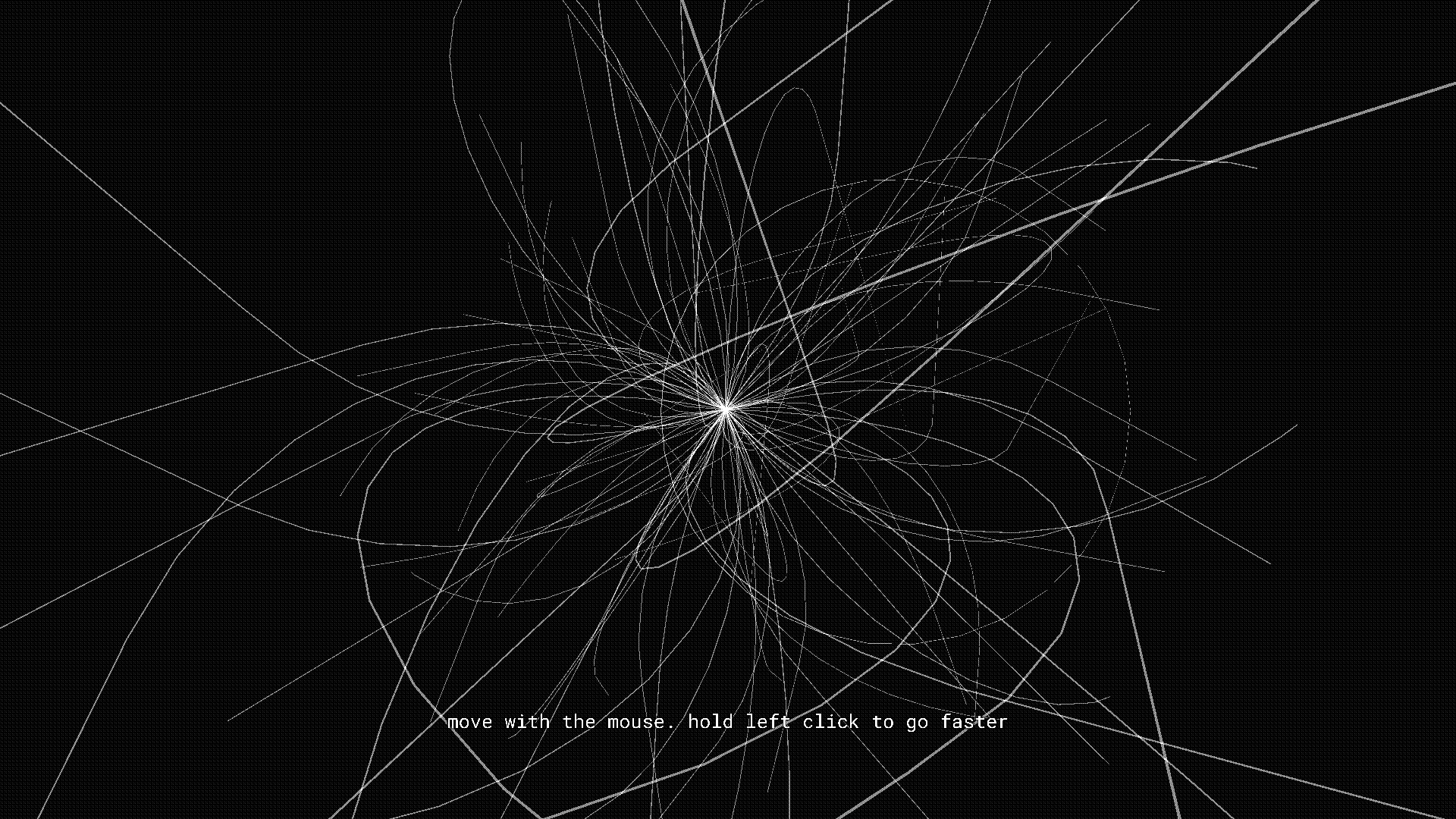 This is a short demo for the new version of the original game that won the 2018 BAFTA Young Game Designers Award.

A very impressive concept. It’s no wonder that the dev has been acknowledged by BAFTA. A beautifully executed tunnel puzzler. The title reminds of the classic and pioneering games on the ZX Spectrum such as 3D tunnel and parts of 3D Starstrike. This is a more refined version, but the basic mechanics of navigating a three-dimensional space holds true. An extra layer of complexity has been introduced by adding a basic shape and colour puzzle component to the proceedings. All the interacting are achieved by a very fluid and natural mouse control system. I ploughed through the opening levels with relish. A surprising simple design that I’m struggling as to why it hasn’t been thought of before. Would be an ideal candidate for Apple arcade or the Google play store. 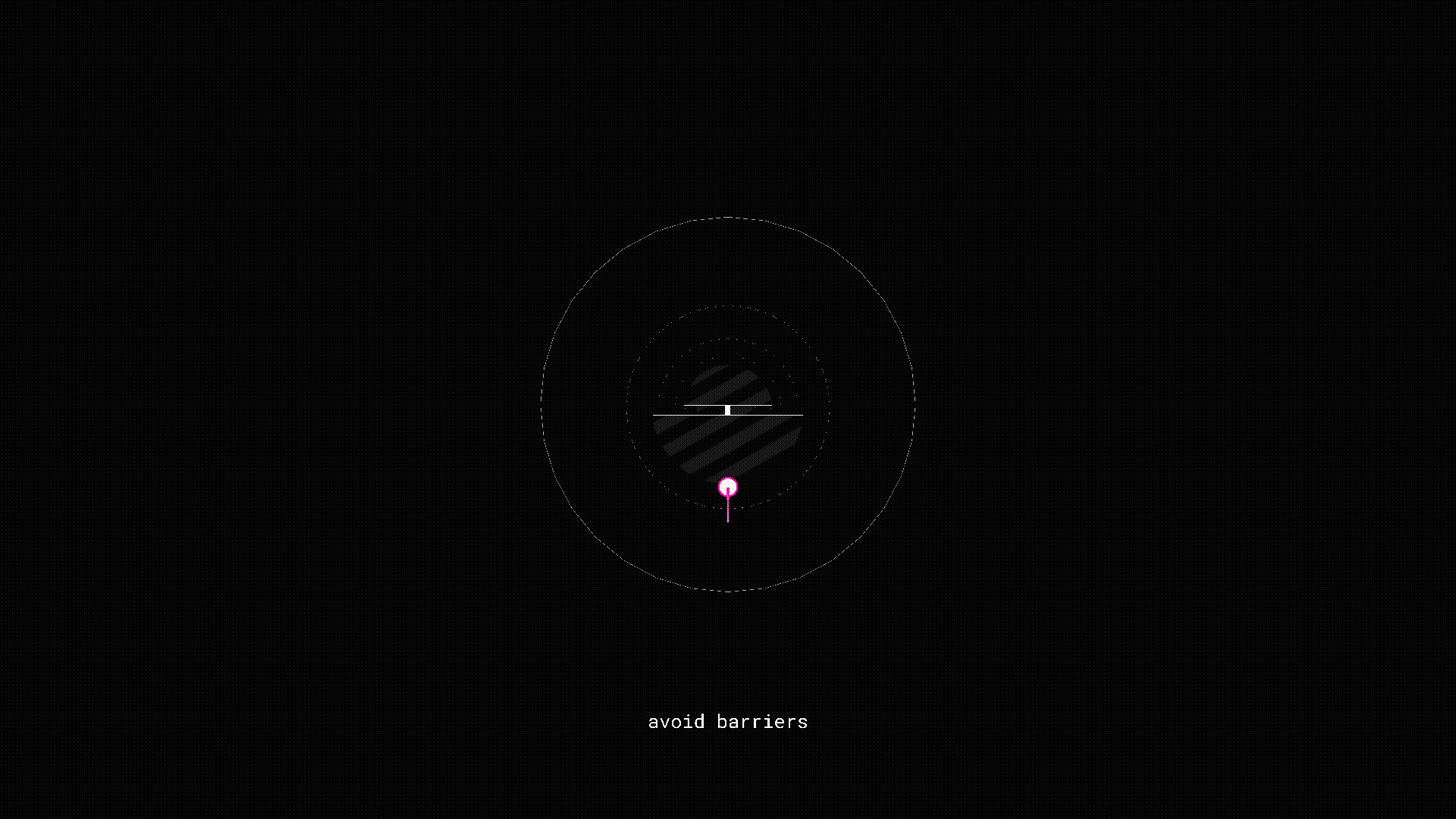 Having misspent my formative years in many a seaside arcade, LadyLeia’s titles are my highlights in this collection. Her inventive re-imaging of classic gameplay styles speak to my high score seeking sensibilities. They are a great example of what can be achieved by a solo developer. Fantastic nuggets of gaming goodness. That being said. The other titles are not without merit. They just don’t resonate with my tastes. That’s the beauty of these kinds of bundles. You may discover a hidden gem of a project that chimes with you. If you have an open mind and curiosity for indie game development in general. Then the Indiepocalypse is an eclectic, thought-provoking grab bag of projects that is well worth your time to unpack and discover.