Somehow the idea of catching monsters to attack other monsters has been stuck in a JRPG turn-based style. Adore breaks that mold with finesse and it feels incredible. This isometric roguelite has you unleashing a whirlwind of creatures casting spells while you dodge roll and face off against behemoths all in hectic real-time. It has the right amount of complexity in place and I can’t wait to pick it up again. No need to bury the lede here.

On March 31st Adore received an update that added some new mechanics, creatures and a new game+ feature. The These new creatures are even more interesting than the originals, including tank that stuns with an AOE attack. However the big change is the rework of the stamina system. Now instead of being able to summon all 4 at once, you only have 2 blocks of stamina to summon creatures. Your dodge and recall will now delay stamina regain but not take any away. All the new content is great, and this rework does give battles a bit more weight while also allowing the player to feasibly dodge and recall when facing certain enemies. 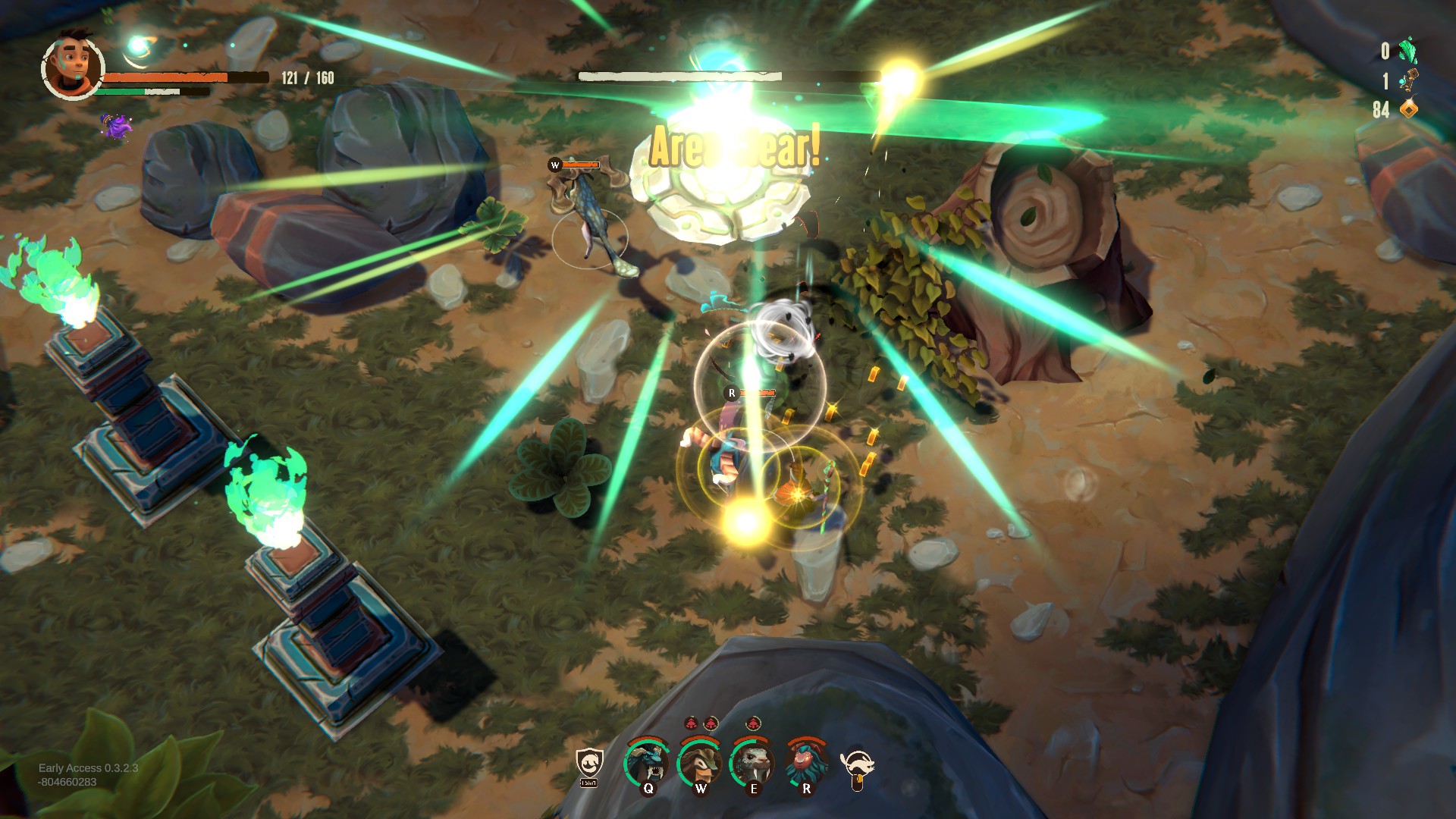 Have you heard of the Stone Roses?

You’re still reading this? The premise alone should be enough of a sell. It’s like another game that rhymes with Shmokemon, but instead of watching things bounce around in turn-based combat, you are right there in the heat of battle summoning up ice mammoth squirrels shooting magic etc. Lukha is an Adorer who can capture creatures and summon them to fight. Creatures are summoned like assists in a fighting game: your ferret isn’t following you around when you summon it, rather you are sending him out like a skill shot in a MOBA. The MOBA aspect also rings true in regards to the perspective and the fact you have up to 4 creatures you can juggle around. You need to manage stamina and cooldowns as you send out monsters and wait for them to be recalled. 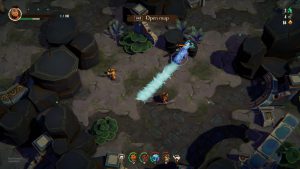 The creatures are more than just attacks though. Each creature you capture and summon has a health bar, a special gauge, a synergy, and stats. As you play with these creatures they will level up and grow stronger: maybe it’s a crit increase or AOE increase, or their special gets a buff. Each time you attack with a creature you will feel its special gauge, then when its full the next attack will have something special like a shield or buff. The synergies give bonuses to specials or attacks depending on the types of creatures you summon together. However, your creatures are vulnerable and if their health is depleted you use your beloved, overpowered friend for good and your own health bar will take a hit. New creatures can be captured but you are either starting from scratch or hoping that the creature chest you opened has the right one to complement your roster. 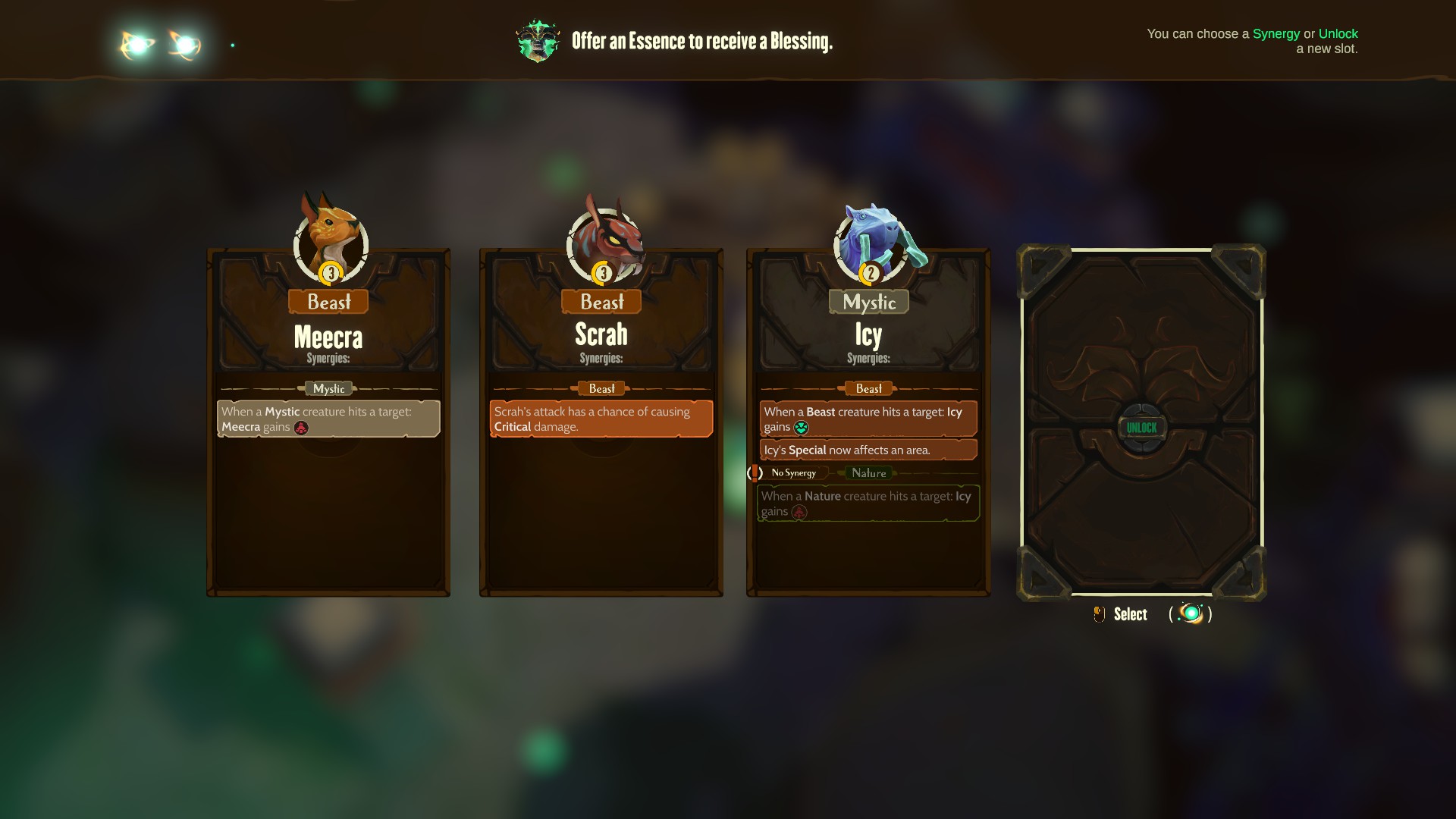 There is more to the game than watching your pet kill other animals. Your character starts off with 1 slot to capture a monster. He is vulnerable as he channels the spell to capture a creature, and it will also cost you essence. Essence can be found around levels and is used to buff your creatures or to unlock additional slots for you to capture more, up to 4.The latter option should be prioritized; If all your creatures die and there’s no more to catch (like in a boss fight), or you don’t have enough essence, it’s an automatic game over. Picking up essence also allows you to power up Lukha with more health, stamina, or movement speed.

Outside of essence, you will want to get your hands on fragments and gold coins. Coins will allow you to purchase a variety of items from standard health kits (for you and your creatures), keys to unlock chests, or equipment that will do things like buff your speed after rolls or add life steal to your creatures. Fragments are the progression system currency that you will use to unlock new monsters, new mechanics, and new items. 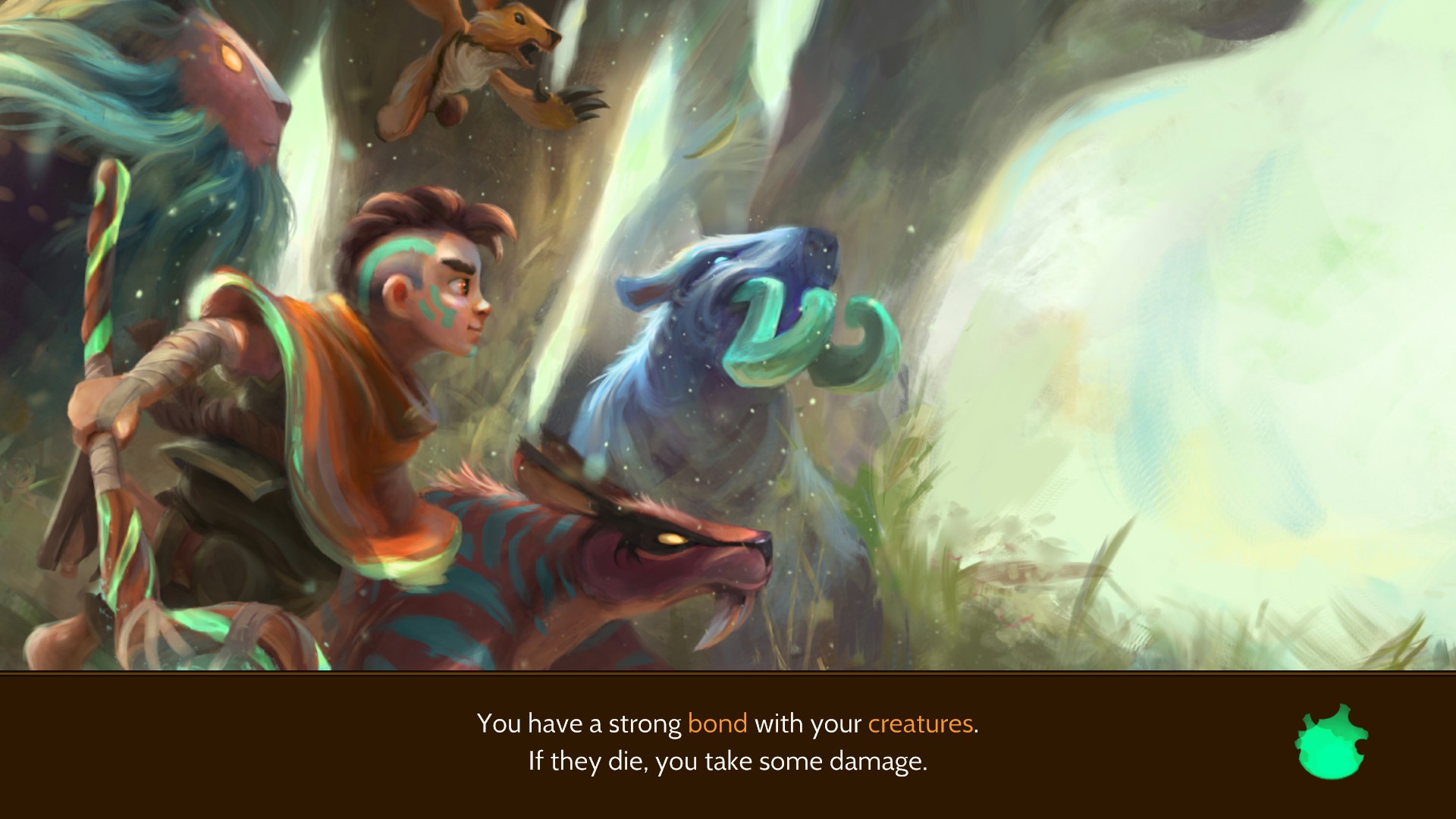 The game looks enchanting. The color palette, setting, and creature designs feel partially inspired by Studio Ghibli and Runic games. The litter of rocks and stone remnants combined with the cartoonish feel overall gives the game a Torchlight look. The outlandish creatures seem to look like they belong in a Studio Ghibli feature more so than in Nintendo’s famed franchise. It’s a treat to watch a deerlike monster frolic around stone ruins as a canopy of cherry blossoms sits cozily in the foreground. The stylized look of everything feels polished from Lukha’s paint to the glow of every spell. The world and lore of Adore seem nice, but they take the backseat for now. There is harrowing talk of a slaughtered village, mystics gods, curses, and blessings. It’s a thrilling backdrop, but we will have to wait and see where exactly the story and world go as the game is developed. 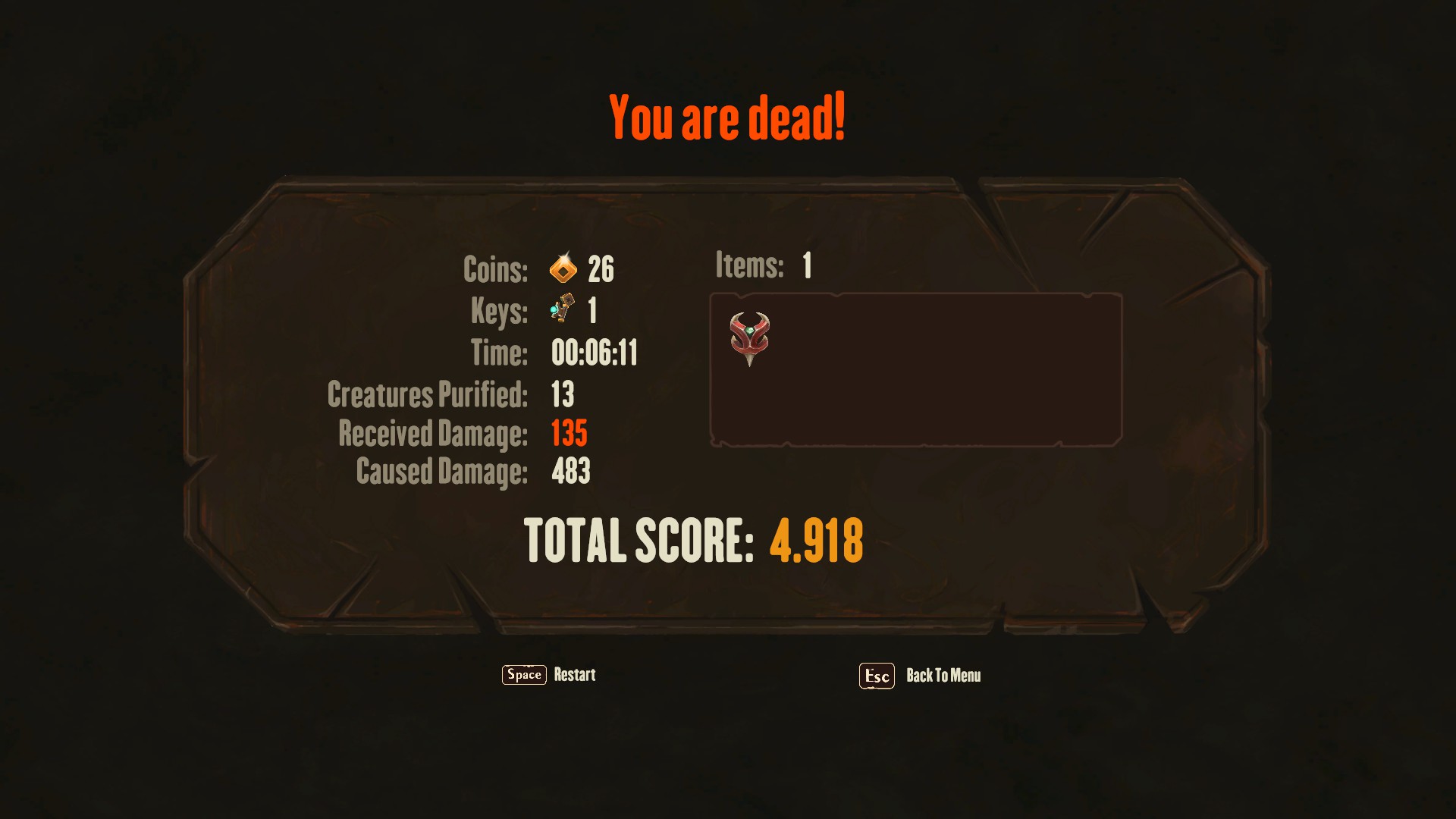 Adore is not without its flaws. I ran into a few rare bugs where enemies were invulnerable or my character would be stuck and unable to attack. These were rare instances. It also feels underwhelming to have Lukha be completely defenseless when he doesn’t have creatures: it would be nice to wack things with your staff even if it does low damage. Healing yourself or your pets can also be difficult which encourages you to play very carefully. In terms of balance, some boss fights and enemies can punish you hard if you aren’t careful, and at least one boss rushes his attack faster than Da Baby jumps the beat. 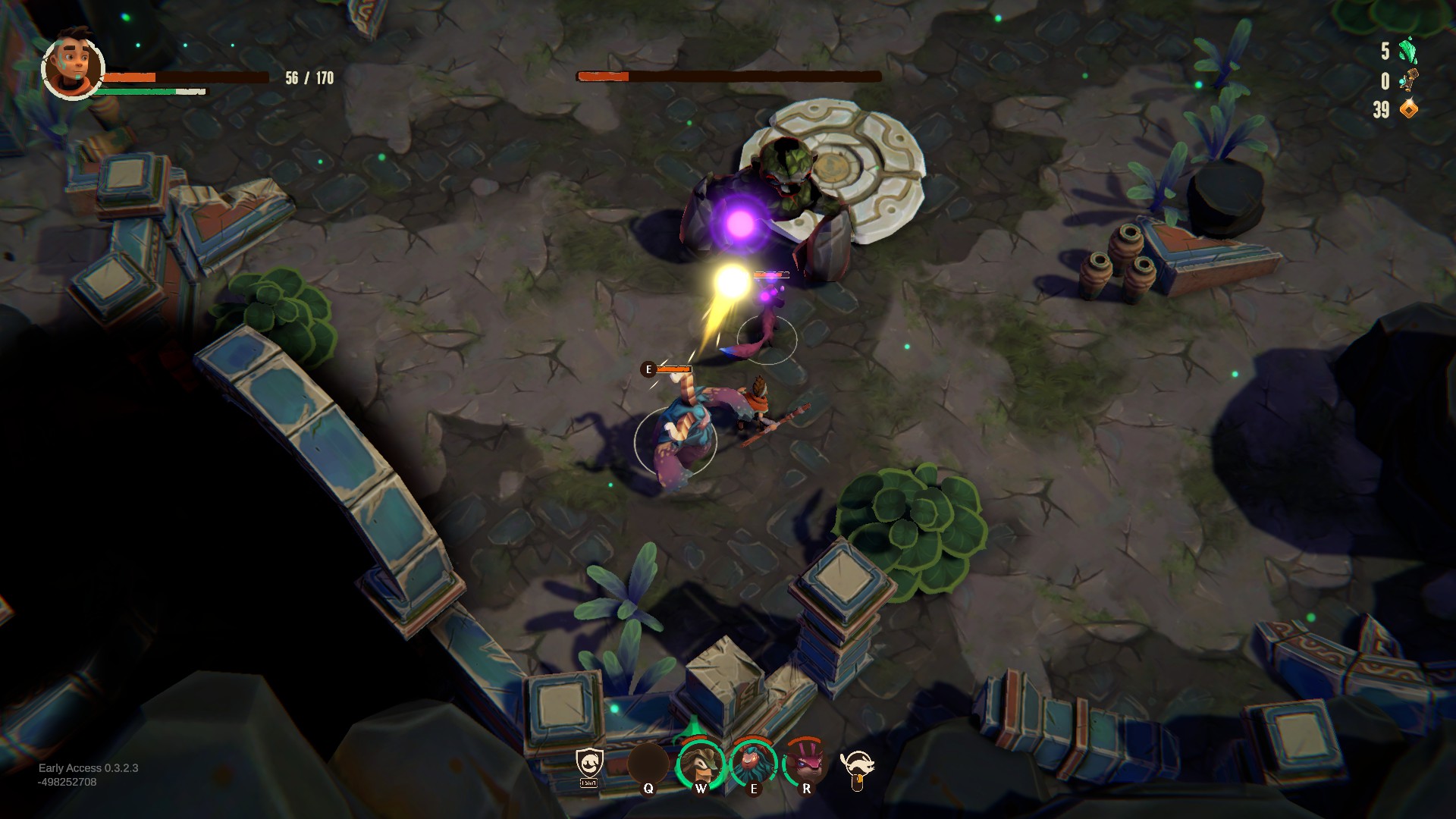 At the moment Adore is a ton of fun and some challenge. There are only a few mechanics to unlock, some monsters, and a handful of items. I was able to reach the last stage after a few hours and I got my first win around 6 hours in, but there is a lot planned for the game and I haven’t unlocked everything. I love Adore in its current state, but I can’t wait to see all of the planned content.