A ghastly little treat that leaves you hungry for more

An old woman with peglegs slumbers with a snore as the narrator prods her to wake up and get ready for guests. The gigantic cauldron simmers with a “special sauce” that is probably not organic, candles are lit, and soon after guests arrive. In this short point and click the player is put in charge of serving a few mysterious guests some nasty looking food, but to what end? 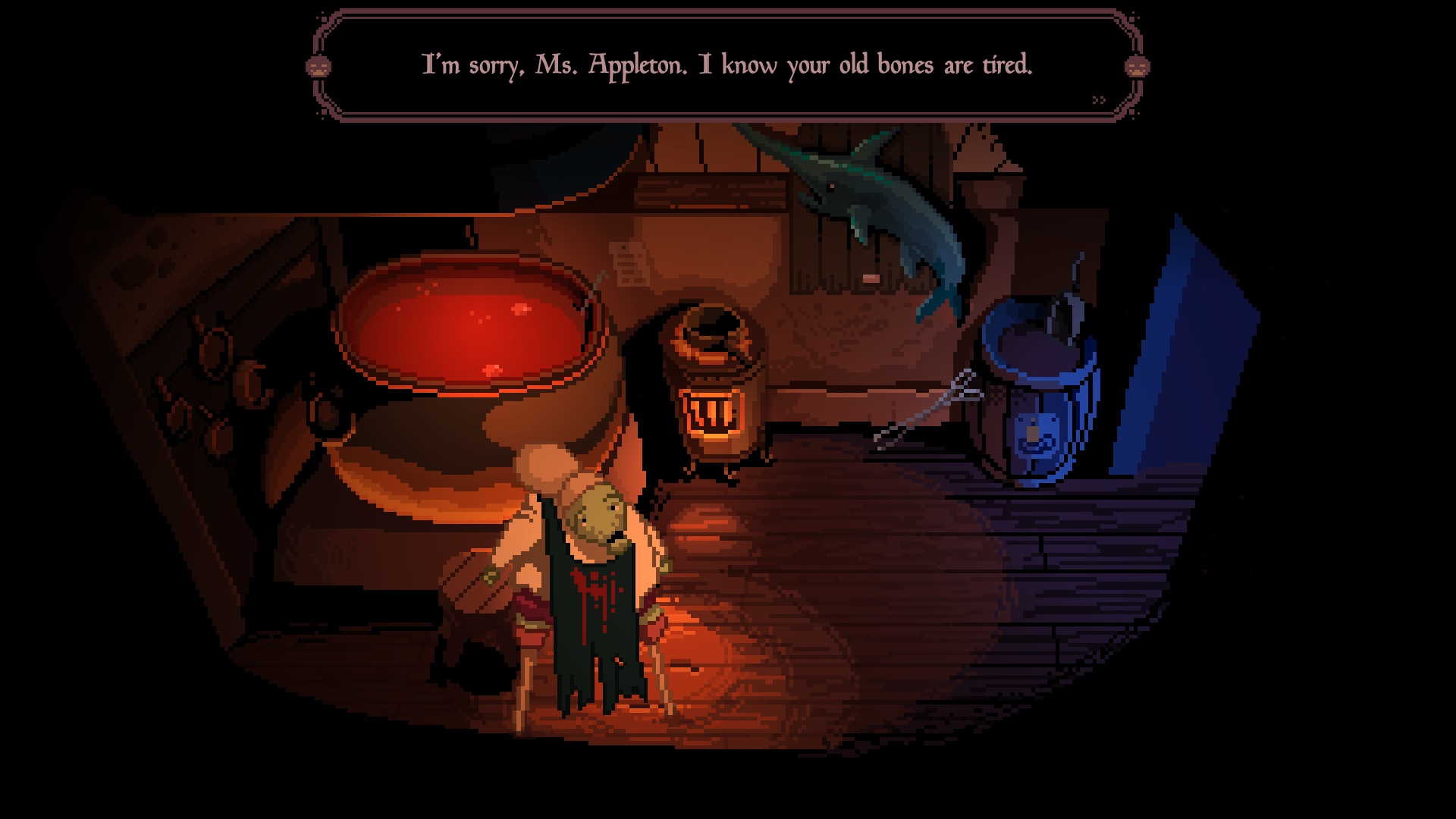 This is not your grandma’s cooking

Edward Gorey fans are sure to be delighted. Octavi Navarro is probably most famous for his pixel art site Pixels Huh, or maybe for his work on the excellent Thimbleweed Park™. No matter how you slice it, art should probably the first thing that comes to mind when you think of him. Despite how short and small the adventure is, there are lots of details to love and some strong character design. Even the strokes of lighting against background make great use of tones and space.

There is a small cast of characters to appreciate but they are wild looking bunch. The trio of guests are colorful and I wouldn’t mind a spin-off following them around. Ms. Appleton herself, propped up on stilt-like pegs with her sickly green pallor, enjoys the brunt of the animation. Her wobbles and various actions are fitting, but there are a few moments, such as when she descends down a hole that conjure up the more wacky animations of classic point and click games. 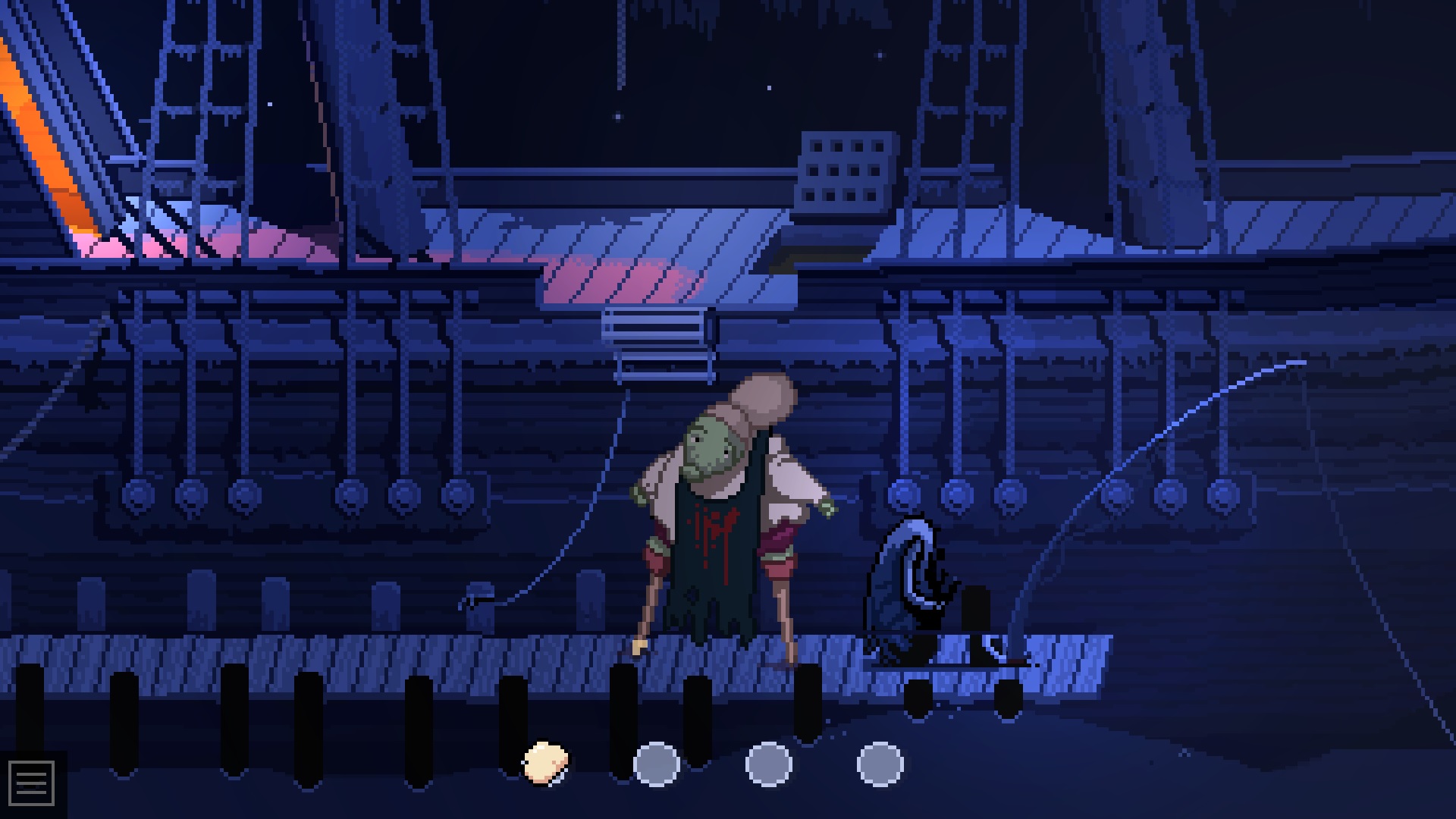 Despite the presentation, it would be a stretch to call this a horror game. The shrill of a piano or bellow of an organ fit the theme of the game, but this is not a scary experience. The guests will chatter in a cute gibberish and the narrator makes some dark one-liners. Actually, this game is more somber than it is shocking: Ms. Appleton’s cooking abilities and expertise are pretty clear from the beginning, but it’s the other pieces of narrative that matter more. 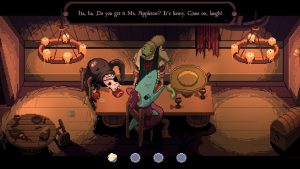 In a few brief interactions the players are given a pretty good sense of the characters and the world. At one point the narrator makes a comment about another character’s domestic abuse, and in another we are meant to question the sanity and perspective of our playthrough. These are brief moments, but they permeate the game because there is little else to go off of in terms of narrative. 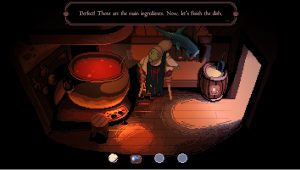 Eventually the story reaches a satisfying conclusion. The end was a genuine surprise, but it made sense and kept the overall experience from feeling shallow. There are gaps that could be fleshed out, and seeing the middle of Ms. Appleton’s career would be interesting. As a whole it feels like a short episode of an anthology: while I would want more of the universe, it works as a piece of short fiction. 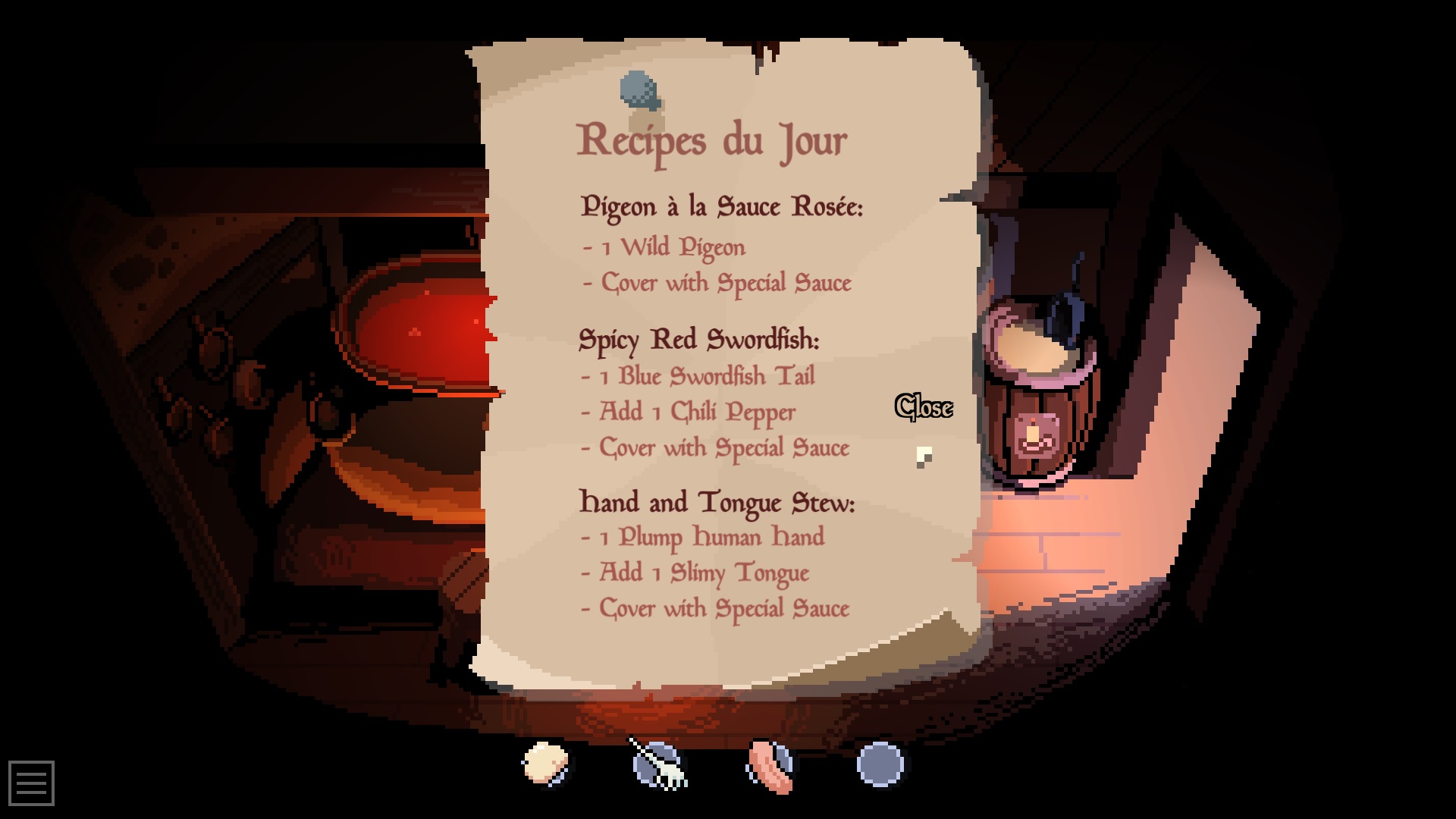 The meat of the game

It is a short game. The gameplay is strictly point and click, so there are no distractions with cooking themed quick time events or sim-style minigames. The puzzles are all easy to solve and the items that can be interacted with or picked up are limited to ones that allow progress, so there is no faulty logic or full inventory here. With no filler and not too much background lore to skim through, this game clocks in under an hour of playtime. To be left wanting more is not much of a complaint, but it’s the only issue I can try to summon with this game. 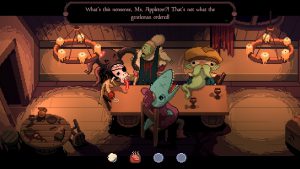 If you demand nitpicky criticisms then here they are. With a few more lines of dialogue or one more character the game would be able to establish a sturdier narrative and a richer world. Despite the length, the pacing still feels rushed. There is also a dish you have to make that seems to defy the logic of the game, the logic of “ why on earth would anyone eat here if they know this is on the menu.” There is also weird logic when it comes to interactions with other citizens and talks of “the authorities.” These are just some stray observations and they don’t ruin the experience in anyway. 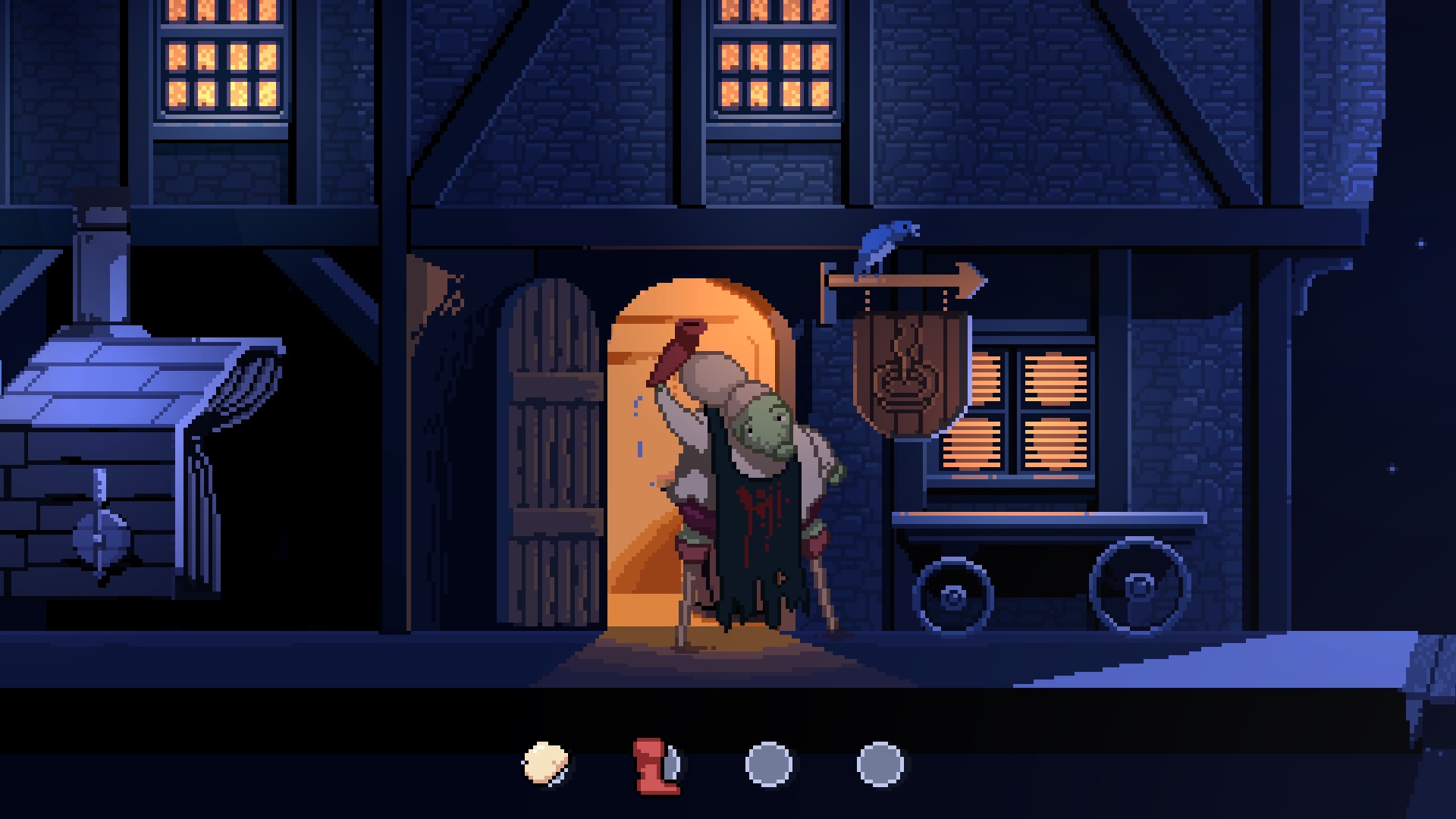 This cartoonish point and click is definitely worth checking out. It’s a feast for the eyes and even for people who aren’t fans of point and click games, this one manages to be a smooth experience. It comes at the low cost of nothing, it’s short, and it’s enjoyable.