They don’t tell you this in history class.

We all know that Christopher Columbus is credited for discovering the Americas on October 12th, 1942. Once Columbus managed to receive funding, after years of trying, he left with 3 boats and 100 men. The trip took way longer than Columbus estimated as the trip turned out to last for 10 weeks before land was spotted. However, what if I told you there was more that was redacted from our history books?

Here Be Dragons brings in a satirical alternate history story that takes place before Christopher Columbus began his voyage. Yeah, the sea was calm when he set sail, but it wasn’t always like that. In fact, there were monsters lurking just beneath the water. How did they get eradicated though? Surely the accounts would have been archived! Well yes but no. Due to the expeditions, known as the Avant Armada, was erased and the only reason you know of it now is an innkeeper that was kind enough to retell the tale. 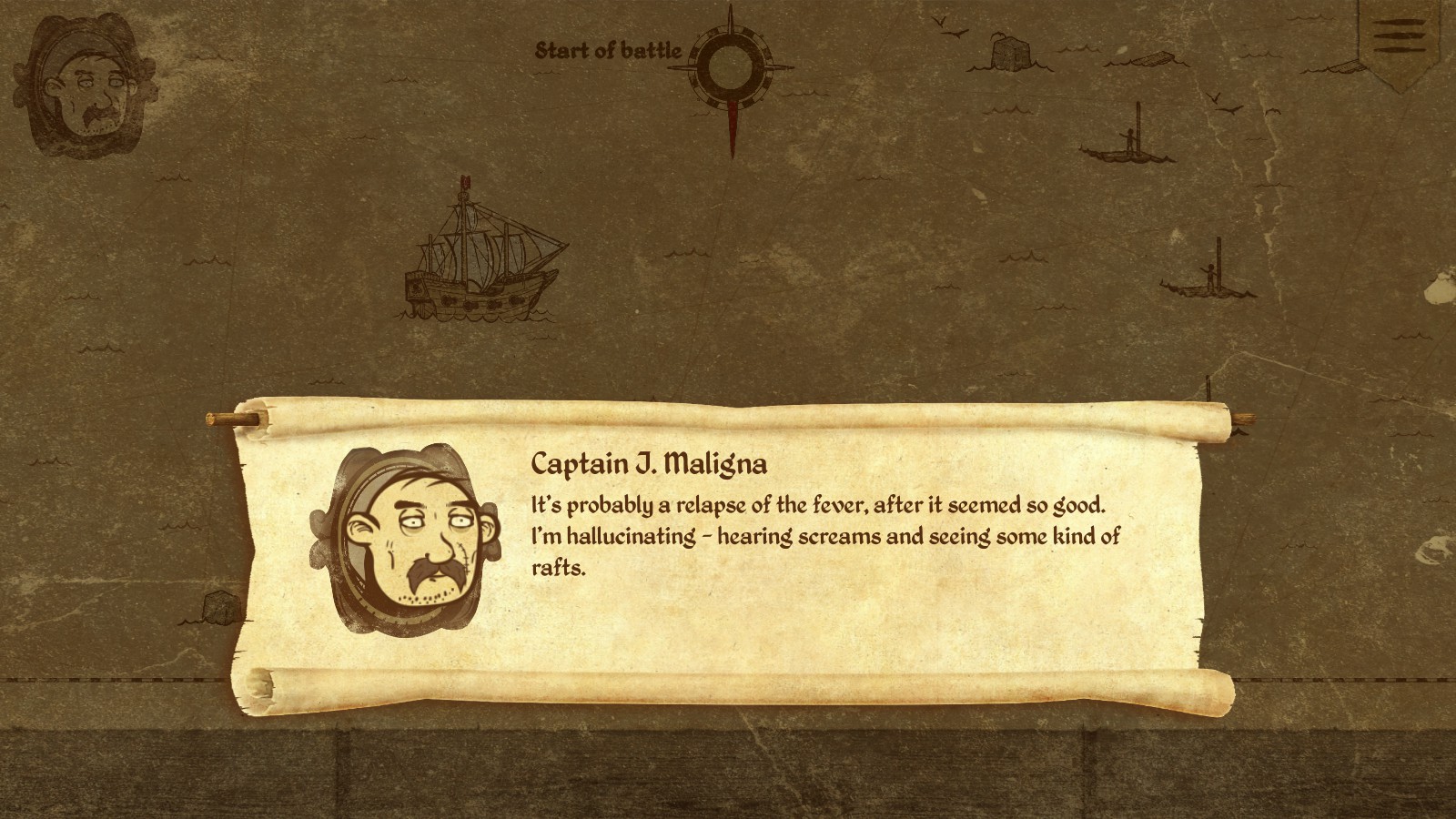 As of writing, there are currently eight campaigns with 25 scenarios (or battles). Each one puts you in the shoes of the Captain and switches once their voyage is finished. Between each campaign, you’ll check back in with the Innkeeper so you know what was happening during that time.

Here Be Dragons’ battles are an interesting beast. At first the combat is simple enough, but once you progress further into the tutorial, more is added on top. Every turn will have a cherub spit out some dice for you and your enemy to assign. You only can assign one dice to each ship and it can be assigned to an action or used to buff that ship’s defense or attack.

To help you out a bit, you also have Errata. At the start of each turn and after each enemy’s death, ink bottles will appear in the water for you to pick up. You can use these ink bottles to activate Errata once you have enough. At first you only have the Reroll Errata, but you’ll get more options later on. In addition, if a 1 is assigned that ship (or enemy) will heal while an assigned 6 will increase attack for that turn.

You’ll then go into Salvos, or the attack phase. Damage is based on your attack minus your enemy’s defense. Thankfully, you can have each ship attack the same target so you can do more damage (or actually do damage if attack and shield were equal). This also goes for the enemy as they always team up against the weakest ship. 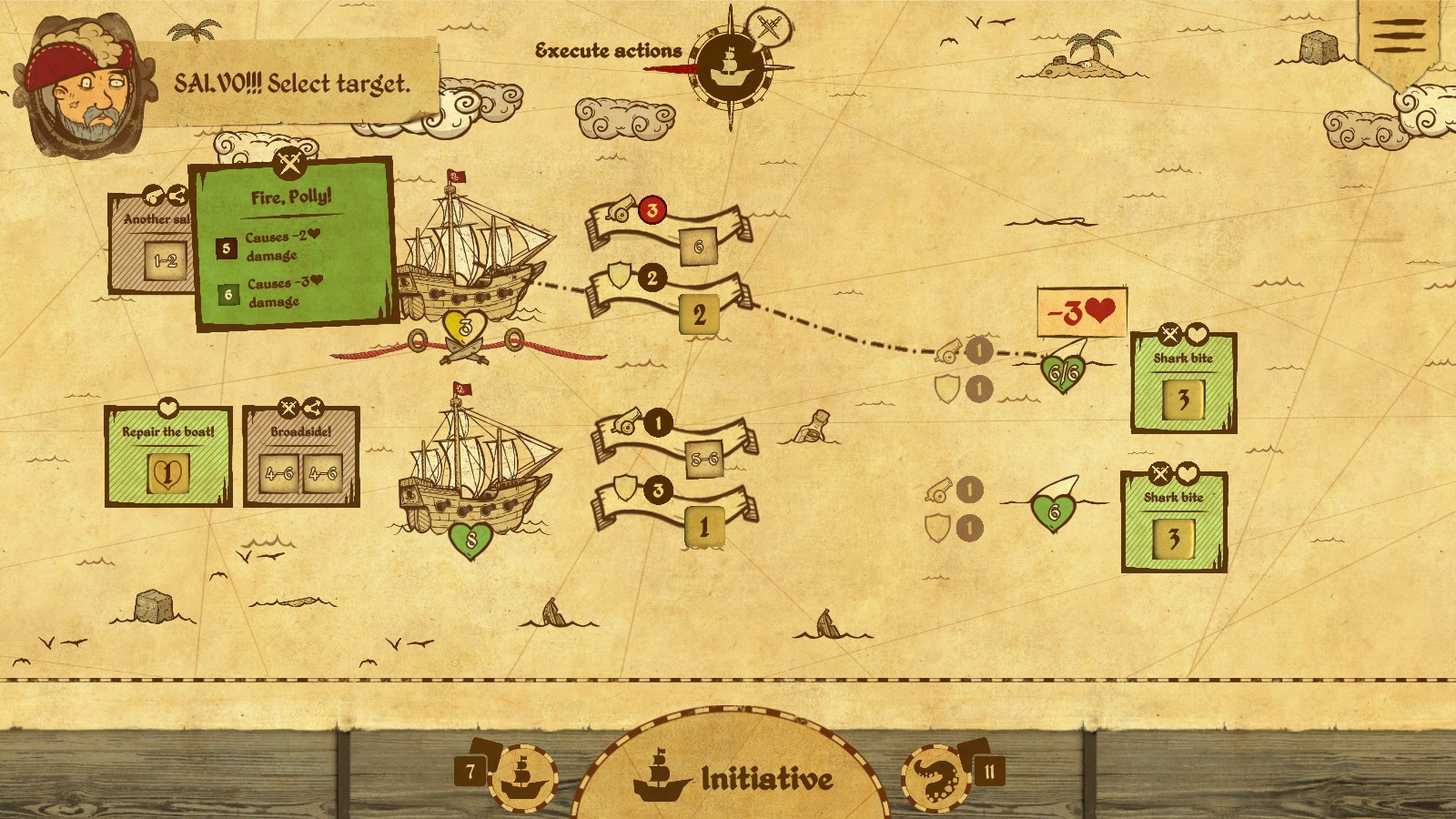 Lastly, you have the Action phase. If an action has the needed dice they will go off here. Actions can be a heal, let you have an extra Salvos, or do damage to your enemy (which also ignores defense!).

While you will have first picks at dice at the start of each battle, that won’t last. Here Be Dragons implements an initiative system to determine who goes first each phase. Initiative is determined by the sum of your assigned dice values. Whoever has the lowest will go first, unless it’s a tie then it simply switches over. Having initiative can be extremely important as not only will you not have first picks at dice, but you can’t heal a ship before the killing blow if your enemy has an action queued up. To keep track of who will get initiative, it’s visualized with a scale. This makes you decide if the risk of losing initiative is worth it or should you not assign any and take the damage. It also goes the other way as you can leave dice that your enemy can’t assign so they take damage, but they’d get initiative.

After winning each battle, your ships will be repaired and you’ll be able to choose an upgrade per ship in most campaigns. 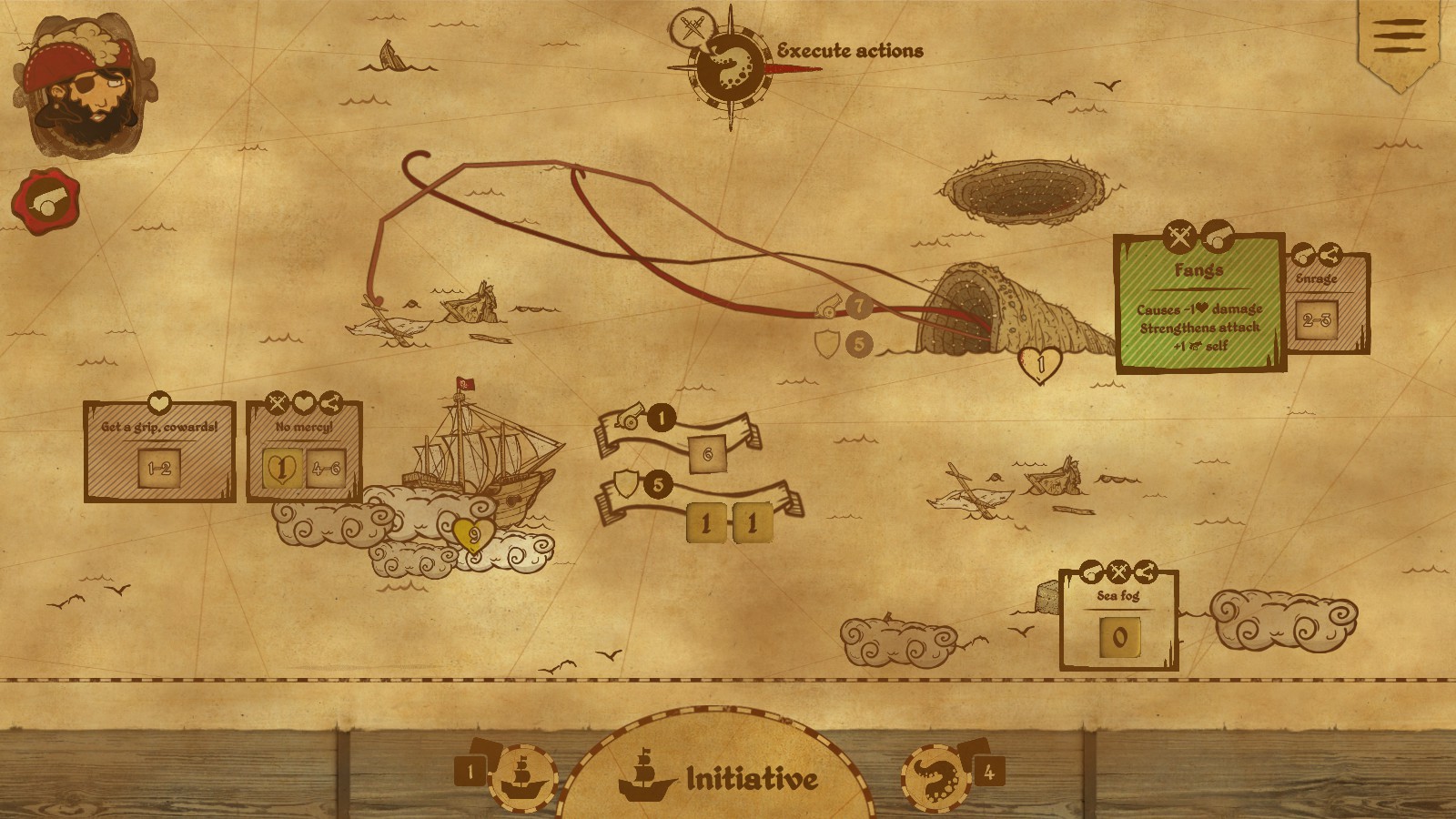 The look of Here Be Dragons is based on maps that are seemingly resting on tables while text boxes look like they were transcribed on scrolls. The town map shows where all the major players are and where they’re going with the campaign map mapping out the Captain’s route so you know how long it will be. When going into locations, a second scroll is pulled out showing what the building looks like inside in all it’s glory. Though, the Captains (or any other character that moves around) won’t be depicted. Even the loading screen when loading into a scenario follows the style. However, the best part is during battles. It keeps up with the map style, but brings everything to life as you see your ships and the monsters bobbing up and down, clouds and birds traveling around the map, and each action is animated. The only companion you have out at sea are the sounds of the waves and seagulls. 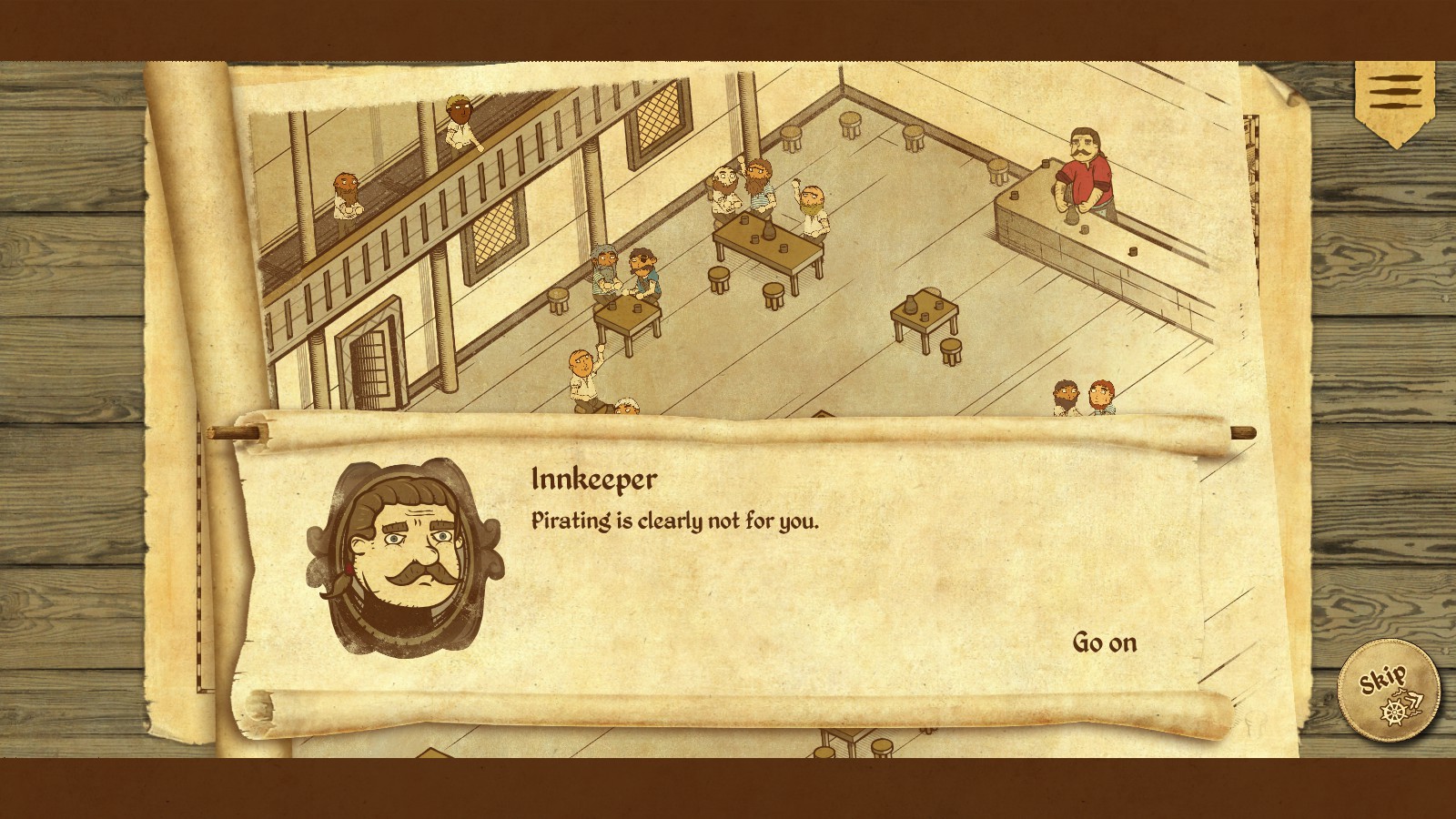 While Here Be Dragons brings in a unique art style and an interesting combat system that will have you hooked, I wouldn’t necessarily say this is for everyone. You not only have to like turn-based games, but also not mind the dice system. I’m someone that’s more lenient on games that utilize dice (considering that most of them are board games), but I can’t say that I didn’t get a little annoyed sometimes. Nonetheless, Here Be Dragons is a wonderful title that doesn’t really feel like an early access game apart from missing the rest of the story. If you decide to pick this one up, get ready for some difficult battles.