In Dissolving, death is not the final escape. This interactive visual novel posits the question: Would you leave your mortal body behind for the mystery of a digital world?

The digitization of human consciousness is one of the main driving forces behind Dissolving, an interactive visual novel that preys on the fear of deindividuation into an aggregate of data. A game like Dissolving invites the player to ask themselves whether they would leave their mortal body for an immortal soul made up of digital trace: caches, cookies, bank transactions, and Twitter messages. But, like most good pieces of art, Dissolving is also about the human condition. The writing tackles abusive relationships, how to cope with trauma, and the real toxicity of online trolls. 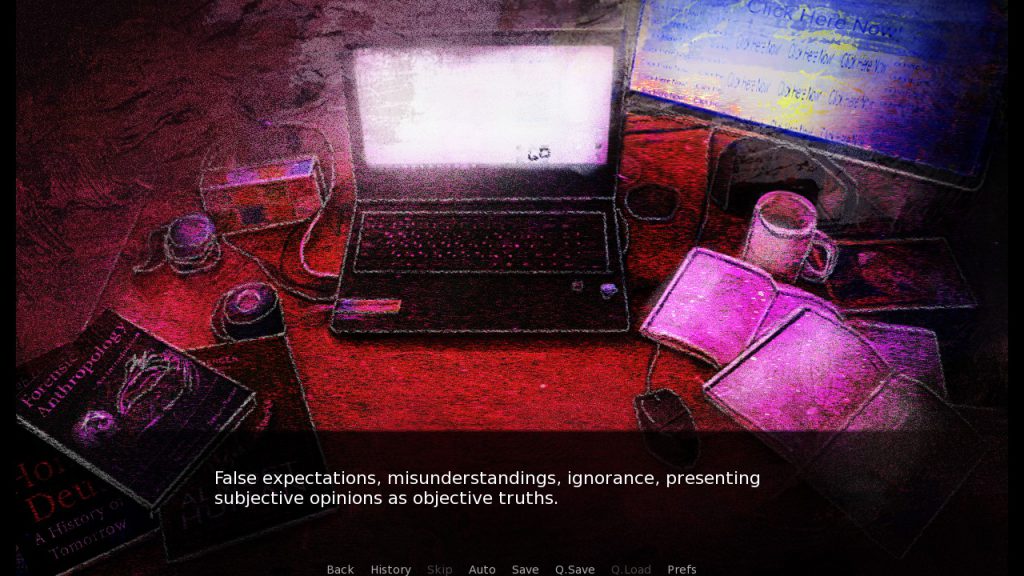 The writing behind Dissolving is arguably its best quality. This game features two stories about loss and digital gods. The first story is about a girl who goes to visit her ex-boyfriend because he recently became a complete shut-in. Once she goes to his apartment, things start to go wrong – as they always do. He comes out of his room, but something is deathly off – she runs for the door, and as she looks back, all she can see is a pair of pale eyes and a ghastly grin floating in the darkness. She returns home, but nothing will be the same, as she will come to fear the phrase ‘BELIEVE IN THE NET.’

The second story is about a woman who suffers a paralyzing accident. Leaving her in a state of almost coma, she begins to argue with people online. One of them offers her the opportunity to join the digital world for a price: leaving her mortal body. After this, her digitized soul now is part of a cult of transmutated humans that mostly troll different people online. However, she notices there are strange beings that wander in between servers as well. Strange beings that seem to be attracted to servers with the highest emotional intensity, a.k.a servers where people argue most passionately. 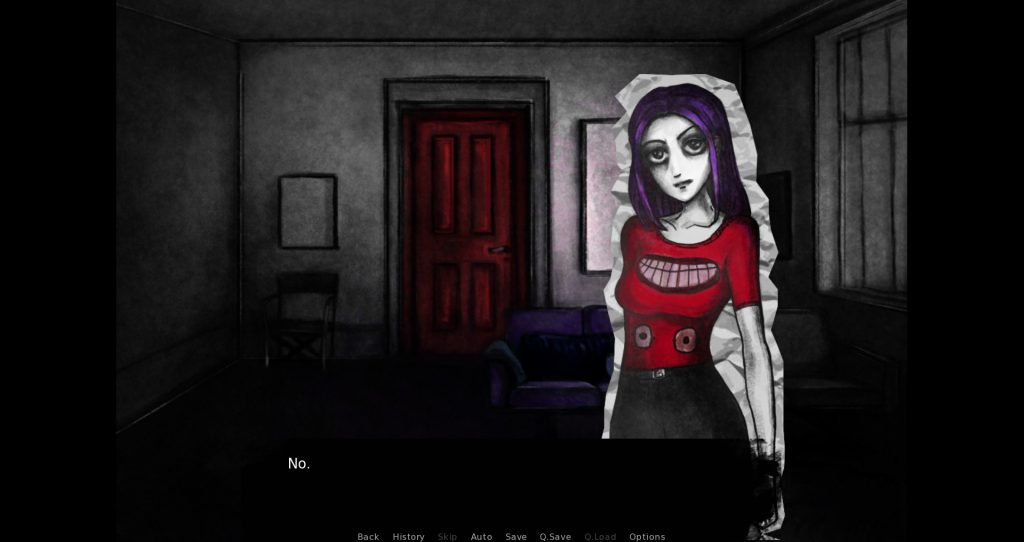 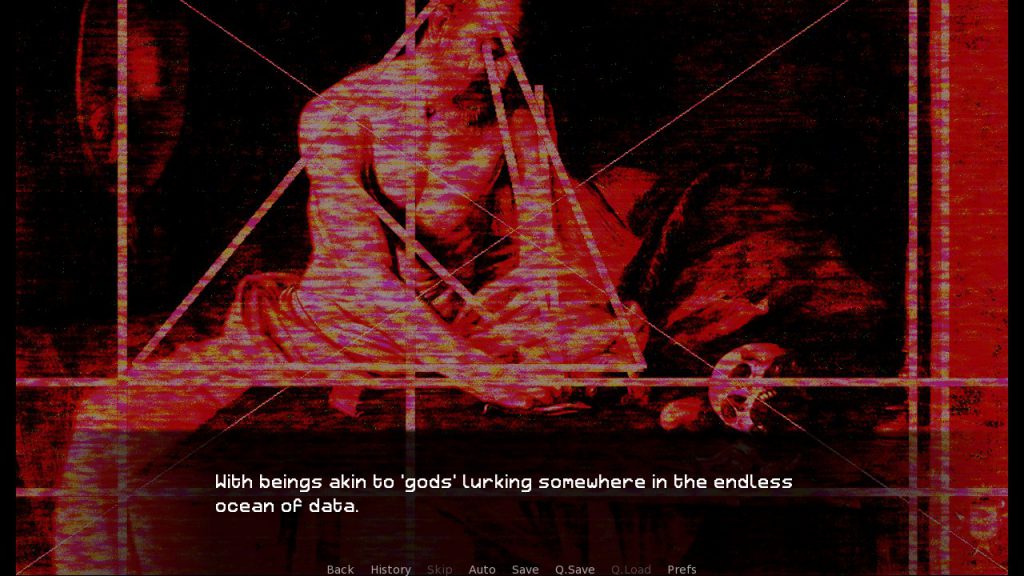 As a final note about the game, I enjoyed how it showed the real harm behind online harassment, threats, and trolling. At first, as one of the protagonist remarks, “Is this how gladiators felt?” Online arguing can give people a rush of adrenaline that may keep them tied to a seemingly endless chain of comment and reply. We can waste our time and energy to the point where we have exhausted our mental health. It can also become toxic, leading to people berating, insulting, and threatening each other over meaningless debates. In the worst of cases, these online arguments can have real-life effects. In Dissolving, we see how the ex-boyfriend’s physical health deteriorates from his addiction to the internet.

It is important to note that Dissolving is free-to-play on Steam. It features excellent creative writing that tells a dark tale, containing suicide; it’s a journey into meta-gaming; but, more importantly, it’s another parable of life. Would you leave your mortal body behind for the mystery of a digital world? Explore the different answers and implications of the digitization of the human mind post-mortem by definitely giving this game a shot.