PREVIEW: The Light Keeps Us Safe

Explore the apocalyptic ruins of humanity while hunted by a deadly machine.

The Light Keeps Us Safe has just been released on Early Access. It’s developed by Big Robot, also responsible for Sir, You Are Being Hunted and The Signal From Tölva. As is usual for their games, we once again find ourselves in a world populated by robots with a particularly well-crafted atmosphere.

As the last human alive, the aim of this game is to find several things in the levels and bring them back to the bunker that is our base of operations to recharge the lamp and also a hub to reach the other levels. The various environments are randomly generated upon launching the game, then they are fixed except if you start over from the beginning. The game saves upon picking up an important thingy or when entering a level, which means that it’s not a rogue-lite despite procedural environment generation. 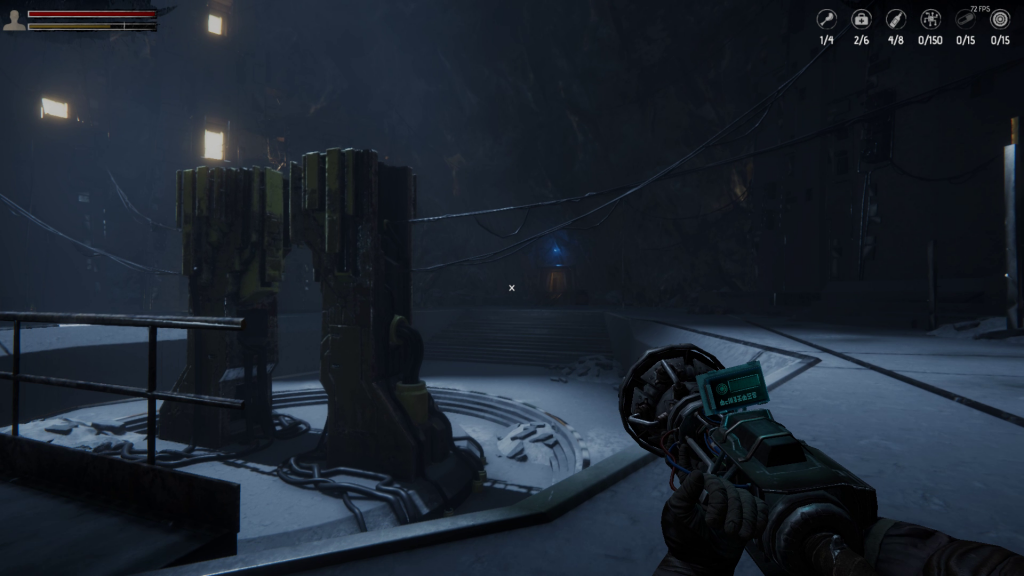 The Light Is Almost A Gun

We can throw bottles to distract enemies, but our most important tool is some sort of big projector. During the course of the game, the light is upgraded and receives additional functions. At first, it can temporarily stun some enemies. Next, there is a more powerful beam that drains more battery, it can fend off more resistant enemies. The third upgrade reveals invisible paths. I have not yet seen what comes after, after three hours of play I exhausted what this version of the game had to offer in terms of exploration and survival.

I find the idea that enemies can only be slowed down or sometimes deactivated is a good compromise for a stealth horror game. The problem of games without any weapon is that we are powerless to act on the world, which is both frustrating and limiting for game mechanics as flight is the only option available. Here we can’t blast robots with a shotgun, but we have just enough control and possibilities not to feel limited. However, this doesn’t excuse the lack of a FOV slider! 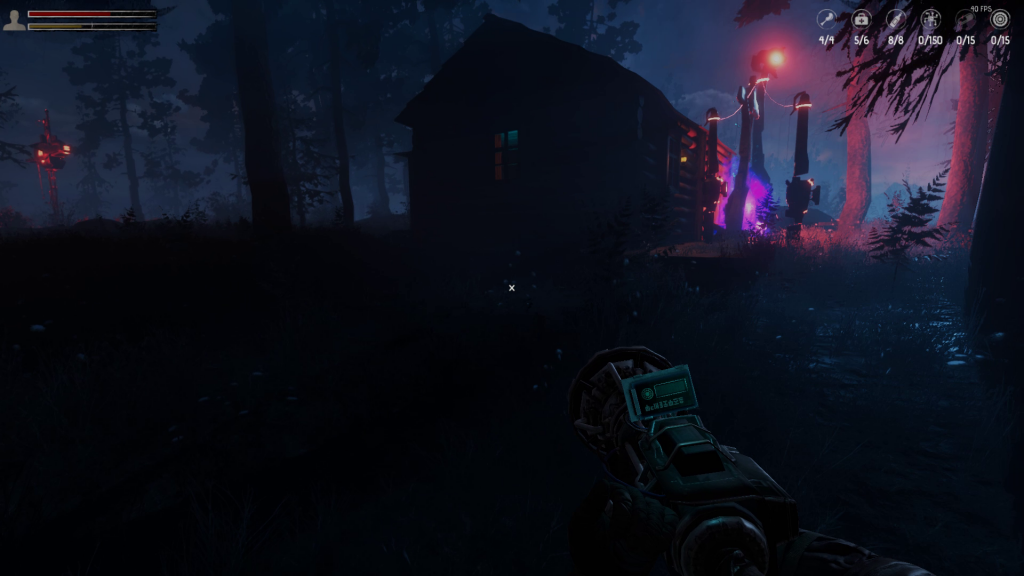 While rummaging through the garbage we can find some food, but it’s only there to determine the length of the stamina bar, you won’t die from hunger. There are also health kits to find, and like in Sir You Are Being Hunted you have to be careful not to deplete everything and find yourself unable to replenish your life. At least there is of environmental stuff lying around, the whole place is a dump. 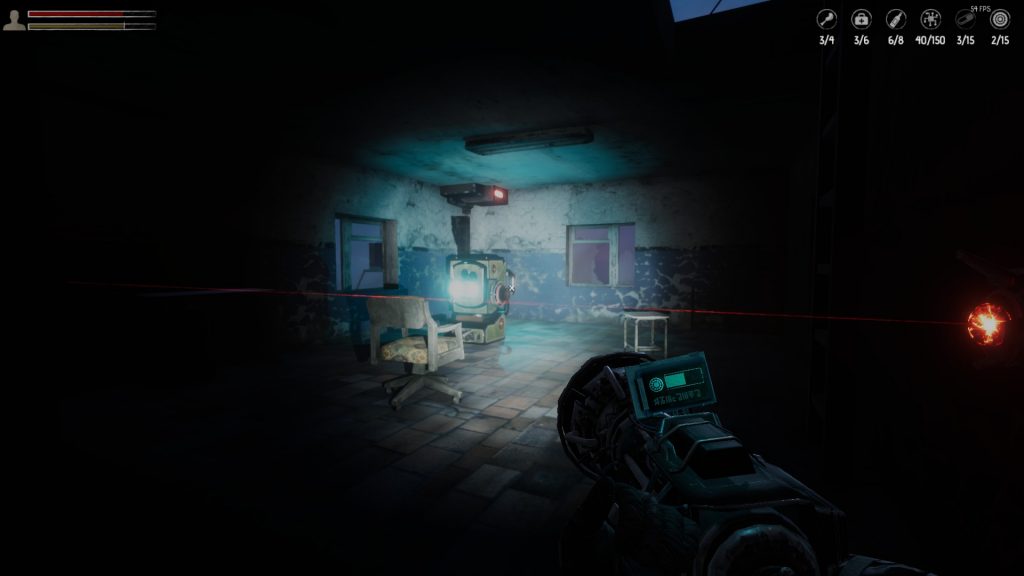 The Light Is Beautiful

The environments are gorgeous, between noxious swamps, industrial areas, forests, death camps surrounded by barb wire. The apocalyptic night is cut by blades of light emitted by deadly machines, reminiscent of the visions of the future in the first Terminator movies. Since we cannot attack the robots, the situations feel more like War of the Worlds, hiding as the beams scan the surroundings. With all the light effects and air volume, it’s very pleasing to the eyes, and the ominous music and disturbing sounds also make it a treat for the ears. 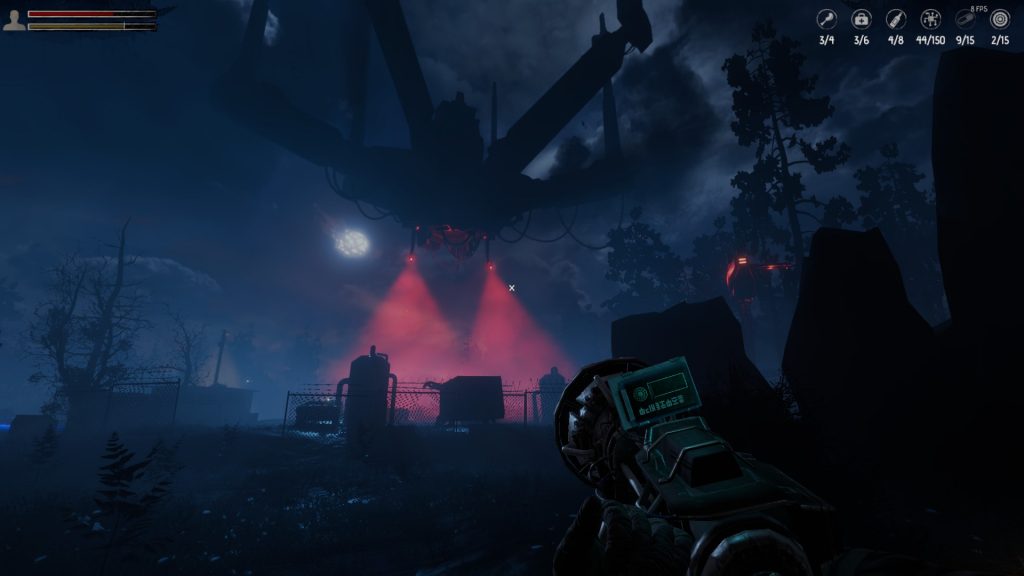 Where Is The Light Again?

In general, the items to find are in buildings behind a door that needs to be deactivated, and then you have to be careful not to get caught by a tesla tower or trip lasers on the walls. An issue is that sometimes it’s very hard to find your bearings and a path, as we don’t really know where to go and might not remember where the entrance to the bunker was located. Even if it can be disconcerting and I missed a map, let’s say that it is part of the charm of the game, the levels are not so big that we eventually lose our way. It’s mostly annoying to have to search every nook and cranny for the items to bring back, better long-distance pointers would be appreciated, or at least a counter would be useful. 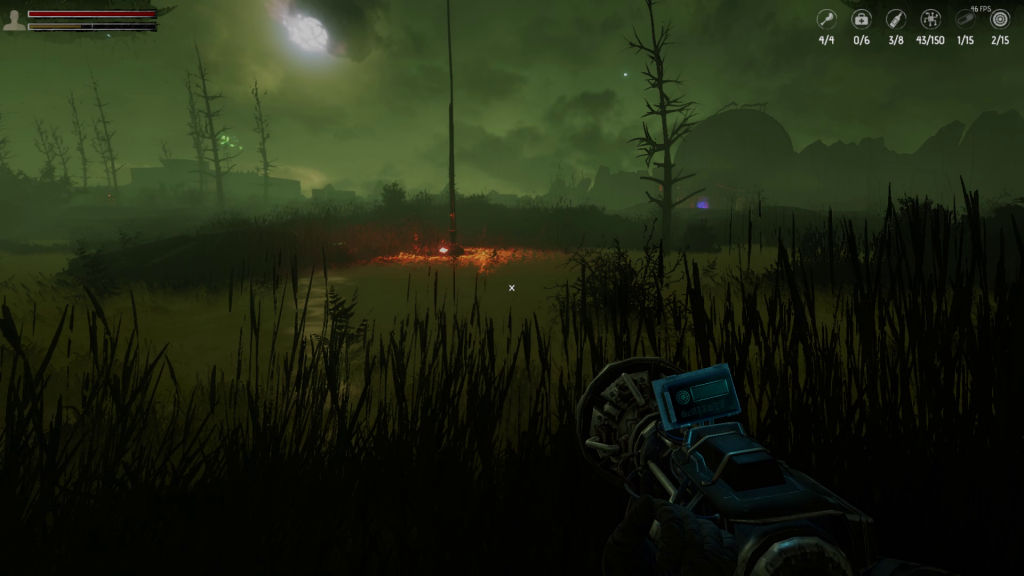 I Keep Seeing The Light

There is a lot of tension when you have to navigate an enemy area filled with watchtowers and patrols, complete with worrying noises made by lurking machines as their lights scan the skies. Some moments are very stressful, and I enjoyed the mystery of the first steps and the encounters with new enemy types. Where the game can fall a little bit short is when you chain die on a difficult section, doing the same sequence over and over makes it lose its charm. But the limited resource management and the fear imparted by these difficult sections contribute to lots of stress and immersion in this bleak and desperate atmosphere. 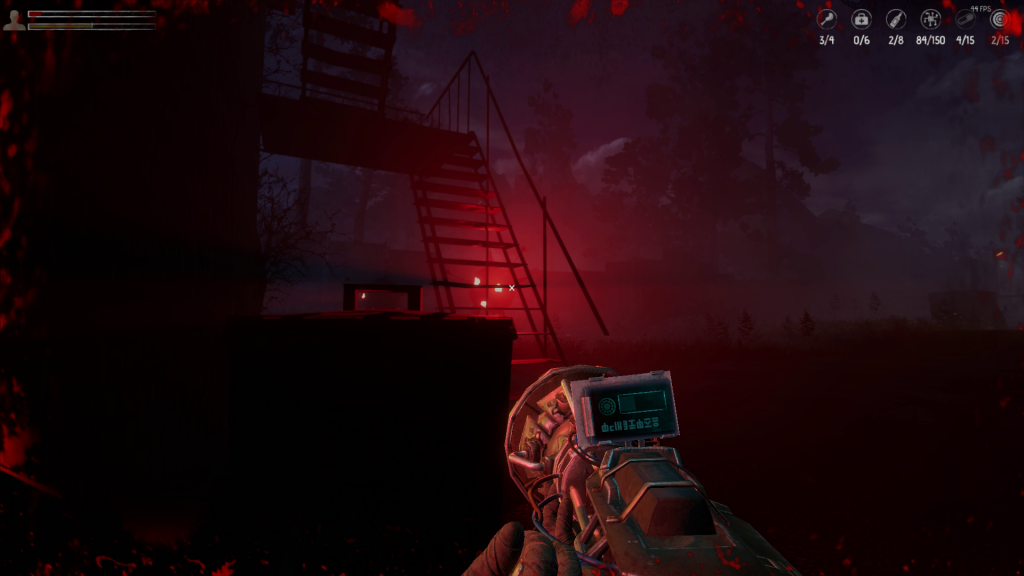 I enjoyed my exploration of The Light Keeps Us Safe, it feels much better than Sir, You Are Being Hunted despite a similar foundation. The atmosphere is incredible, between Terminator and War of the Worlds, and playing cat and mouse with the robots feels extremely tense. Personally, I am not very fond of stealth games and I became sick of those mechanics in horror games, but here it felt just correctly balanced so as not to block the action while keeping the pressure on the player. What I am expecting from the early access is to smoothen progress, and of course more content, but I am already satisfied with what I experienced, and I quite like this indie studio that distinguishes itself from others.