Blast to the Colorful Past.

I remember back in the Summer of 2014 being really excited for a Sonic fan-game turned commercial game coming to Steam. That game was Freedom Planet, a strange homage to SEGA’s classics featuring a fully-fledged story and multiple playable characters. I have to admit, I was young when I first played this game and I really got sucked into it on the fact that it came out around the time where Sonic games were lacking. Does Freedom Planet still deliver in a time where platformers of recent have upped their ante? 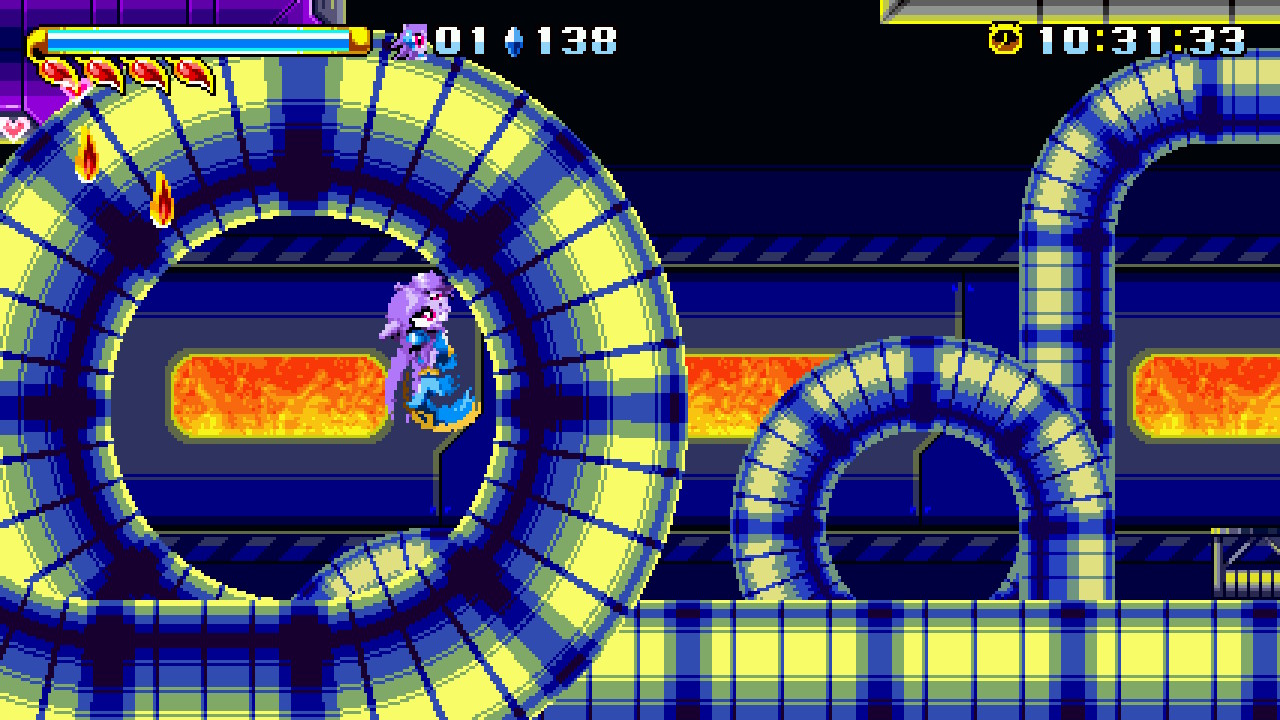 Platforming of the Ages

Freedom Planet feels like a forgotten SEGA classic from top to bottom. From it’s colorful levels to its speedy action, it is very clear where Freedom Planet got its inspirations from. I can easily describe it as a more combat-oriented 2D Sonic game, where most of the enemies need to be defeated with melee kicks, swipes, and cube blocks (???) instead of simply jumping on them. The three main characters, Lilac the Dragon Girl, Carol the Wildcat, and Milla the Hound all play surprisingly different from each other, and a lot of the fun simply comes from their cool move sets.

Lilac’s emphasis on power and speed makes her a fun character for speedrunners, while Carol’s move set is (to a lack of surprise) a wildcard of combat and movement abilities, and Milla plays like a character that jumped from a puzzle platformer. While Milla might present you with a steep learning curve, the three characters do make for a surprisingly replayable adventure, which does make up for the fact that the game is fairly short. It’s easy to draw a million more comparisons to the classic Sonic adventures, but Freedom Planet’s differences allow it to stand out more like a culmination of the Genesis’ entire library. 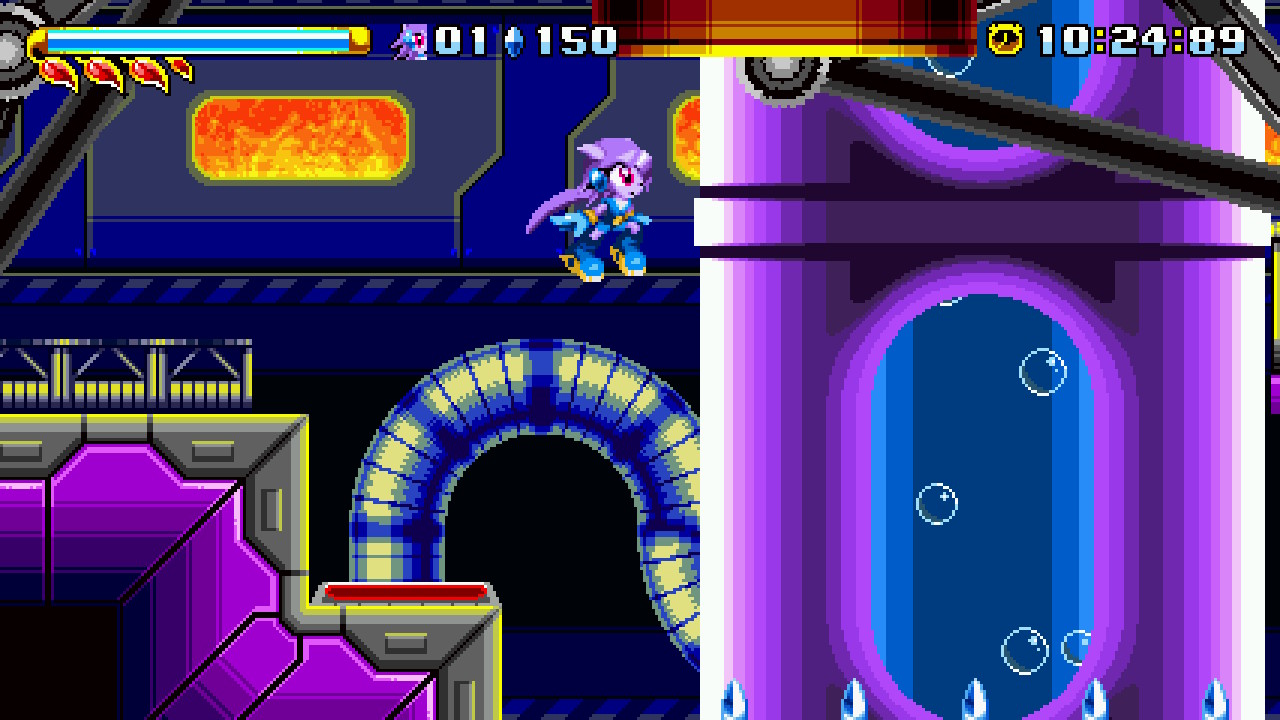 The only thing that drags Freedom Planet down in terms of gameplay are its levels, which despite having a lot of variety are often poorly paced. Some levels could be breezed in mere minutes while others had the timer set as long as 15 minutes. Freedom Planet suffers from a similar issue that I’ve had with the recently released Sonic Mania, where the levels all of have interesting gimmicks and are large in size, but aren’t spaced out well enough, and as such, feel very exhausting to play through. Freedom Planet’s levels are all single-act which means the stages can be very tiring to play through in a single sitting, but the game is very generous with its checkpoints, so if you’re either dying a lot or can’t play the game in long enough sessions, you won’t have to replay through large bits of a level.

The Colorful and Ridiculous 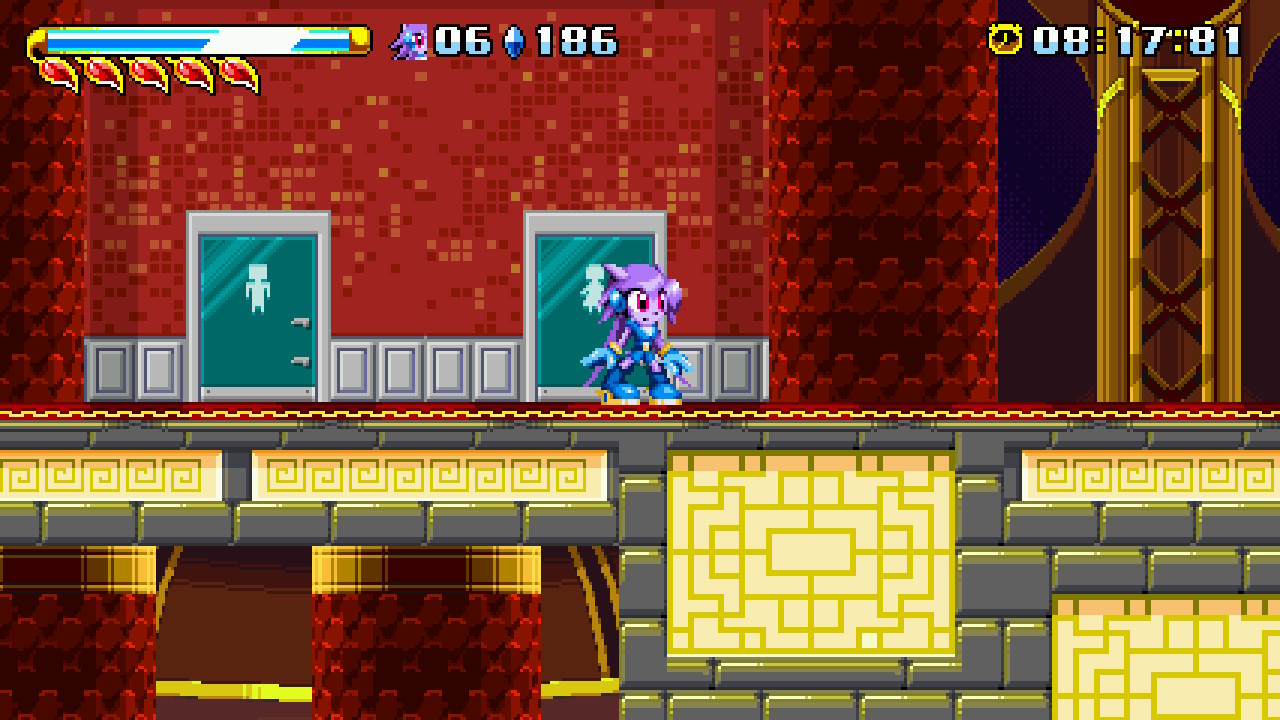 Freedom Planet’s colorful environments and locations are also a boon to this game. Levels like Fortune Night and Jade Creek look absolutely spectacular. However, while not all of the levels had memorable looks, it’s very clear that they had fun with the many different locations in the game, and the detailed backgrounds really help in giving these locations life.

Of course, Freedom Planet has a story, and unfortunately, it’s something I still remember, albeit for the wrong reasons. While I like the main trio of characters, the writing is often cringe-inducing with the voice performances showing an amateur level of polish, which is surprising given its surprisingly talented voice cast. A lot of the cutscenes drag on for far too long, and there are several moments in the game where characters suddenly land at a melodramatic or a torture scene (uh, why?), thus leaving the game’s story as tonally inconsistent and ridiculous. The game does offer two modes, with Classic Mode shortening the cutscenes and removing dialogue, so if you don’t want to sit through the story, you could always go for that. 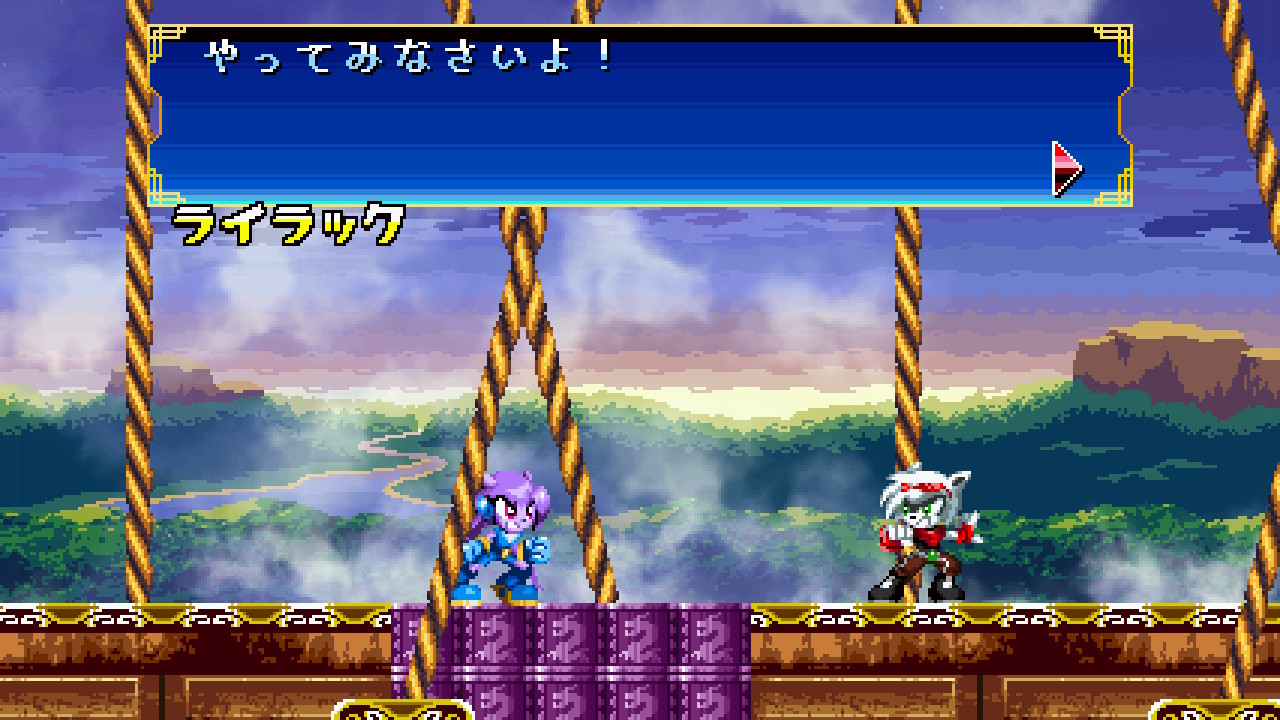 The Switch version is practically the same game, so there isn’t much I can really say on it. The additional languages added to the game seem to be the result of their publisher localizing the game to more regions like Japan, which is pretty awesome! Despite this, all of the voiceovers are still in English, which seems to be expected since it’d probably cost quite a bit to get an entirely different cast for another language. The game coming to Switch is a slight surprise to me, as I had no idea till recently that Clickteam Fusion games could now be exported to Switch, and I know that they had to rebuild the game from the ground up for the Wii U version.

I didn’t notice any differences from the PC version that I’ve played years ago, which is definitely a plus, but if you already own the game, it might be best to skip on this. Freedom Planet on the go is certainly a nice touch, but the game will run on some really low-spec laptops anyways, and with no new additional content, those who already enjoyed the game should just wait for Freedom Planet 2 instead.

In the time since its release, Freedom Planet has been outdone by a whole lot of other platformers, but if you’ve never played or heard of it, it can’t hurt to give it a go! Freedom Planet is a colorful throwback despite its cringy story and pacing issues, a modern game that fits neatly with a certain, timeless age of SEGA games.