A fabulous $1 endless-runner arcade game that deserves a mention.

Unless you’re from the planet Zog I’m sure you’re aware that we usually receive free review keys. Caveat: we are certainly not obliged to give positive reviews, in fact you’ll find some scathing articles published. Anyway, the point I’m making is that we rarely review cheap games here at SoQ because it’s less effort to pay $1 than write a review. We’re only human, after all. So I want to make an exception for Pivot XL because I’m currently addicted to it and I think you’ll love it.

It’s a simple game. Just one button (controller/kb/mouse/whatever). After you’ve played for a while and collected some points you can unlock various character designs but they are just cosmetic and behave the same way. Your character is constantly moving in a circle and you switch between clockwise and anticlockwise with each button press. You have to collect a white dot to increase your score and a new one appears at a static random spot each time. Meanwhile you have to avoid the coloured shapes that move across the screen and also avoid hitting the edge. As you progress through a run, it gets faster and faster and more enemy shapes are thrown at you. There are 3 types of optional ‘bonus’ white moving dots: 2+ (2 points); freeze timer (enemies are frozen for a few seconds); wipeout (kill all enemies currently on the screen).

Watching a few seconds of gameplay will give you the idea. It’s very straightforward.

Behold a triple points run for your delectation – yes indeed, you are in the presence of Pivot XL greatness! You may kiss my ring! Fnarr fnarr…

It’s a minimal theme done just right. Background is a nice grey that doesn’t hurt your eyes during long sessions. You have a variety of character designs/colours to choose from (once unlocked) – my favourite is the blue neon circle with the bright pink tail – and the enemies all have distinct shapes and colours so you know how they’re going to behave.

I love the background music. It’s a catchy, happy tune and I always leave it on.

As a new player you will find it very difficult to control your direction. You’ll be all over the place. It takes a while for your brain to become accustomed to the movement but eventually you’ll reach a kind of zen state where your subconscious deals with the direction flow while your conscious brain decides how to avoid the enemies and what to do next. It’s a strange feeling. I sometimes catch myself deciding what to have for dinner while I’m flitting all over the screen at 80+ points with my hair on fire.

There’s a big score number in the background that you can see at all times without taking your eyes off the action. You’ll know what a “good” score is by your own standards. When the counter passes a certain point you start to get nervous and your brain is screaming “don’t mess it up!” which tends to shatter your zen and cause you to mess it up! 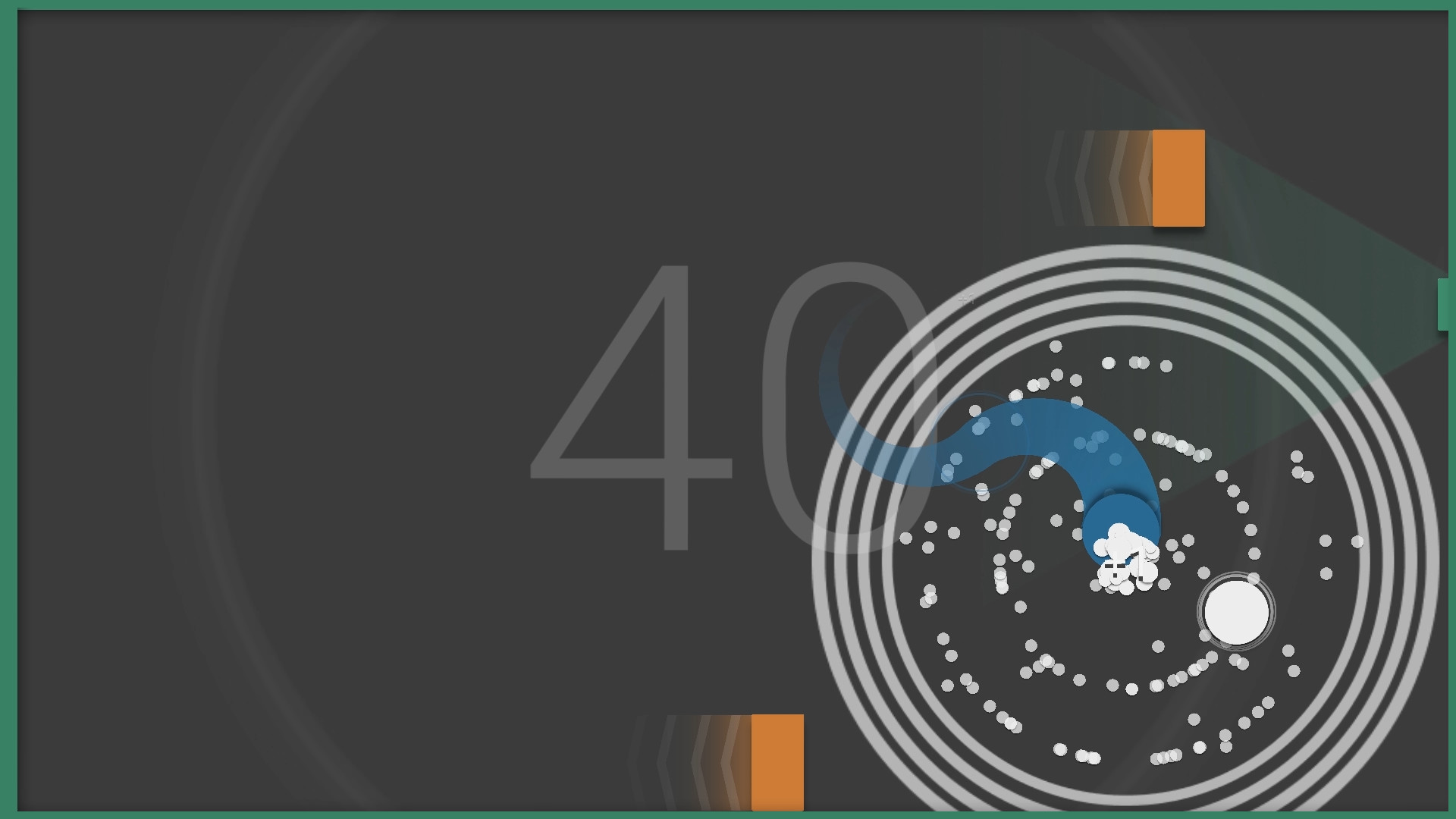 Top marks here. Leaderboard, Full controller support (all one button of it!), Steam Cloud and Achievements – these are all relatively easy to get, so this should be another 100% completion to add to your collection. Best of all though, Linux support! Yay!

The only thing missing is Trading Cards, but this is a recently released game – extra kudos for being released on my birthday! – so it may not have reached the criteria for cards yet, hopefully they’re on the way.

This is a $1 game with infinite replay value. It doesn’t get better than that, does it?

I bought the Minimalist Arcade Series bundle but the other two games didn’t grab me at all, they feel awkward and “jerky” compared to the lovely smooth rhythm of Pivot XL. 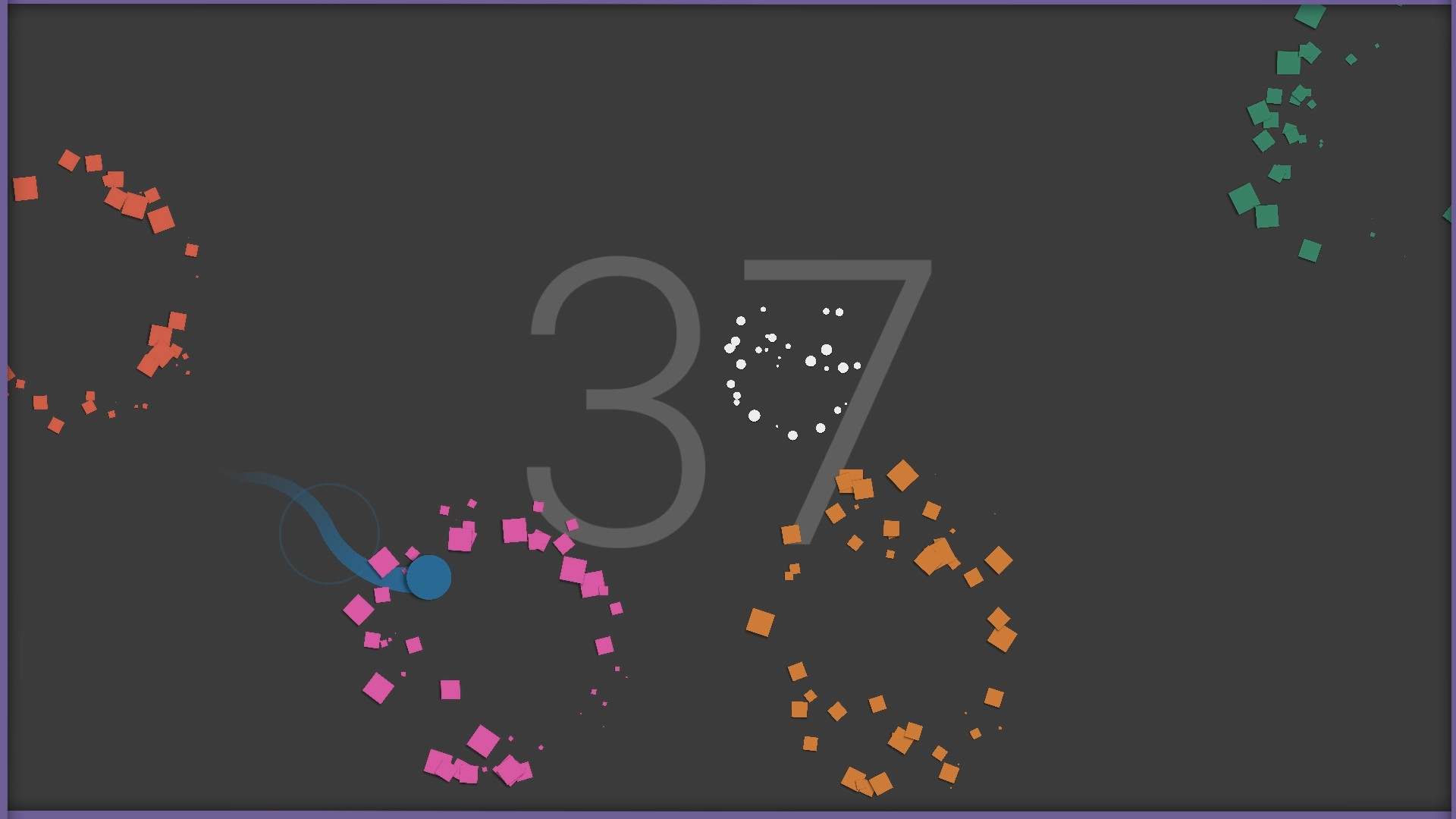 Usually there’s something not quite right with cheap minimalist games, whether it’s lack of Linux support, annoying music or a minor but irritating glitch. Pivot XL feels polished and flawless. This is a perfect time-filling game that never gets old. An average run lasts about 2 minutes so you can play a bit when you’re waiting for something else.

During the early stages of a run you feel mesmerised by the hypnotic rhythm of the movement and music but when your score passes a certain point the adrenalin starts pumping and your mind sharpens as everything accelerates to hectic speeds. What you consider to be a decent score increases as you gain experience, so what you were once proud to achieve becomes just the slow warmup phase. I’m sure I’ll still be striving for a new personal best in a year’s time and beyond.

It’s a whole lotta one-button fun. I’m currently sitting at #2 on the global leaderboard with a top score of 165 – beat that!