This narrative platformer does its job decently, but with a few missteps here and there..

A Starry Sky Lights the Way…

A recurring trend in platformer games, or at least indie ones, seems to be their use of shadows or darkness. Limbo is probably the most famous to use them, making an eerie-looking game that matches how dangerous the world was to the protagonist. Their later game Inside, while moving a bit away from that, still uses a dreary cityscape and underground areas to make the player feel isolated.

Both those games though, took place in the daytime. Light Fall then would be the opposite: a game where it’s perpetually night-time out, but is far more whimsical. You play as an amnesiac who has woken up in the land of Numbra, to find that things aren’t as they should be. People have disappeared, dangerous crystals are cropping up everywhere, and even the gods have vanished. You’ll need to find them to set things right.

That won’t be too easy, as unlike other platformers Light Fall isn’t kind enough to give you platforms everywhere, and quite often there will be none at all. Thankfully, you have your own: an artifact called the Shadow Core that allows you to summon a fancy-looking cube for a variety of purposes, chief among them being summoning it below your feet to act as a platform. You only have four uses of it in-between landing on solid ground, but considering how fast your character can run that’s usually enough. 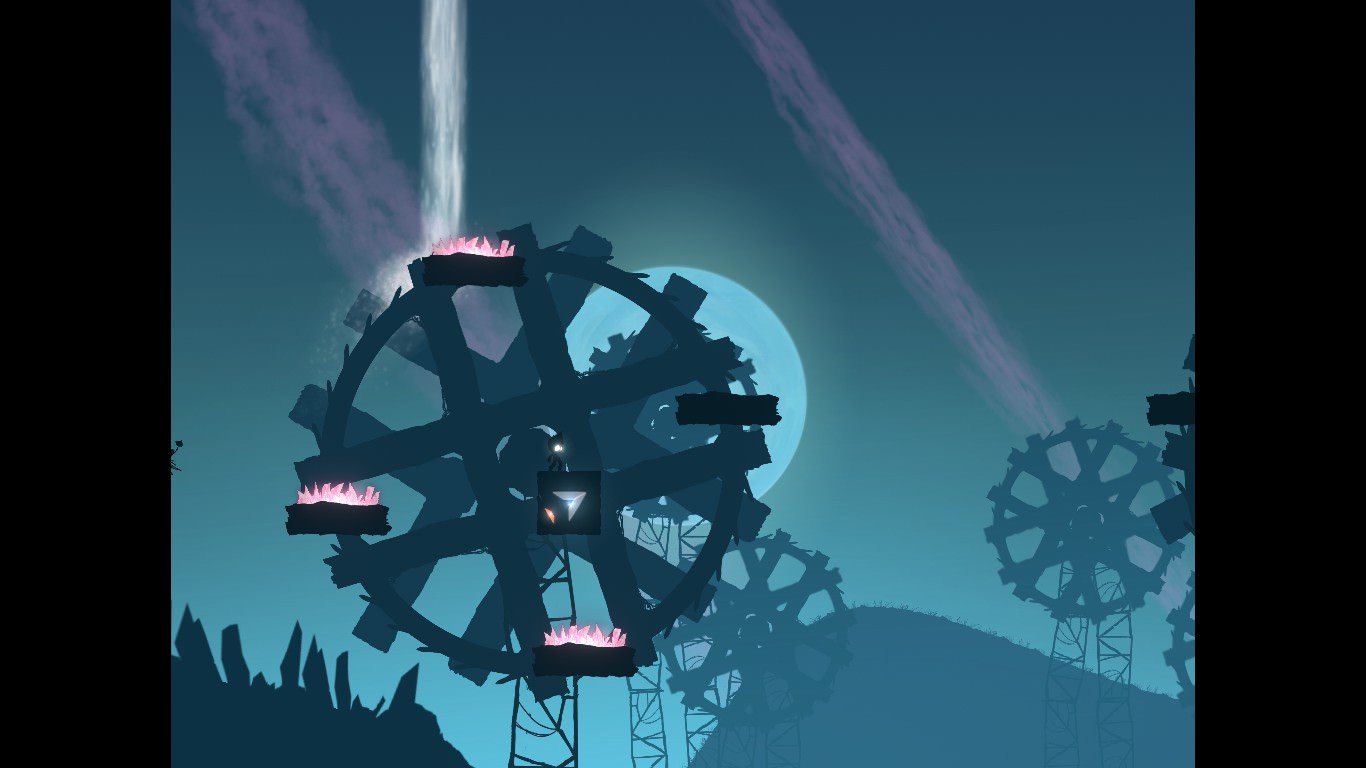 …will you go straight ahead, or sight-see?

This means you have a certain amount of freedom with how you approach most set-ups in the game, which I appreciate, and makes it more manageable than others in the genre. There are some puzzle elements to it as well: the Shadow Core can slot into gears to trigger various things, and be summoned as a shield to block certain dangers. You do die in one hit, but checkpoints are plentiful.

Light Fall is also a narrative platformer, and here’s where I actually take some issue with the game. Early on you encounter Stryx the Night Owl, who serves as narrator since your character doesn’t talk, and throughout levels you’ll get commentary from him on what’s going on. That’s fine enough, and doesn’t really intrude on the gameplay.

But throughout every level are various hidden spots with treasures you can find. Obtaining one and bringing it to a checkpoint without dying gives you part of a log of the explorers who first founded Numbra. Again, nothing wrong with that, and it isn’t badly written or anything, but it’s presented as a slow crawl through the log, slower than I imagine many people could read, and you’re expected to just stand there and do nothing during it all. While the obstacles you need to pass to get these logs are interesting, the consequence of doing them almost makes it not worth it since it kills your momentum in the stage if you’re interested in the story, and if you’re not interested it’s just text you don’t want to read. 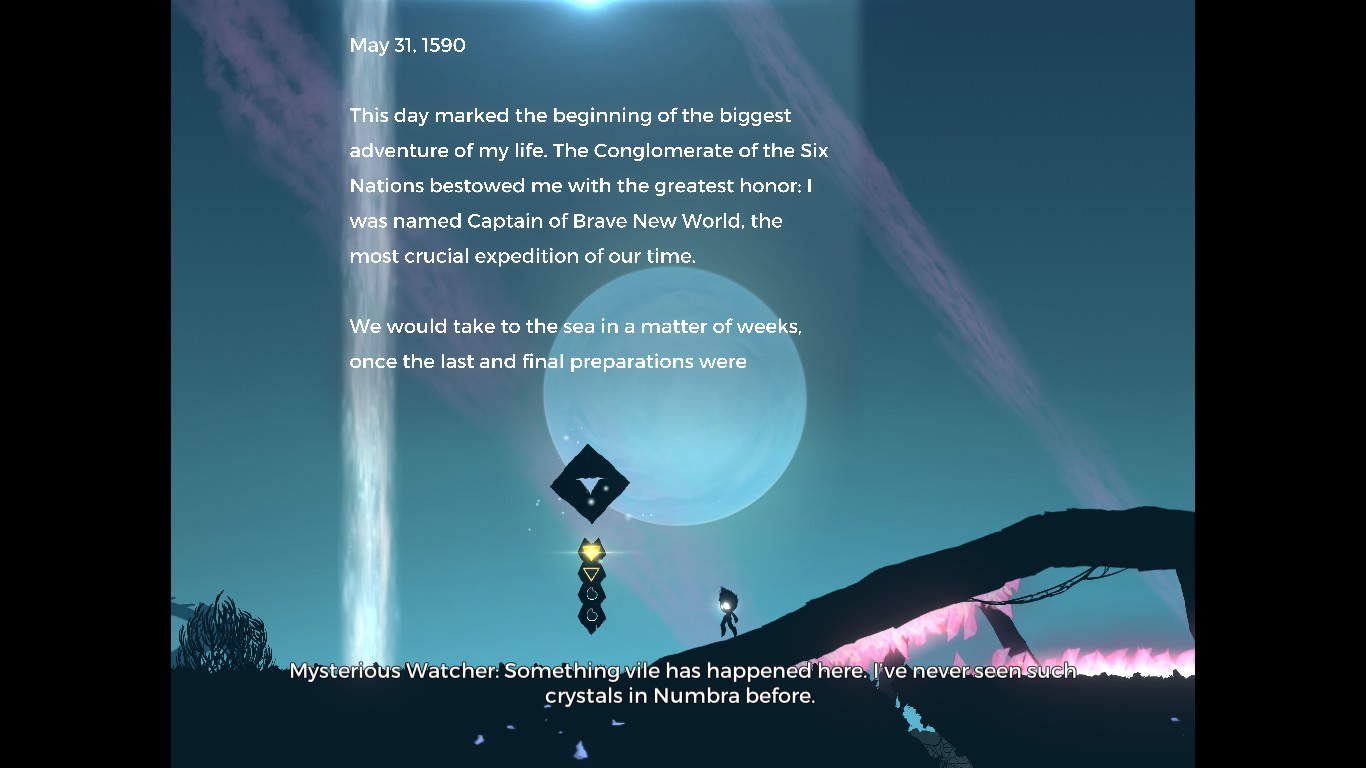 They’re also not stored in any kind of menu, so if you skip them or just don’t want to read in the middle of a stage, you missed your chance. Thankfully that’s something other people brought up on the game’s forums and the developers are going to look into it. 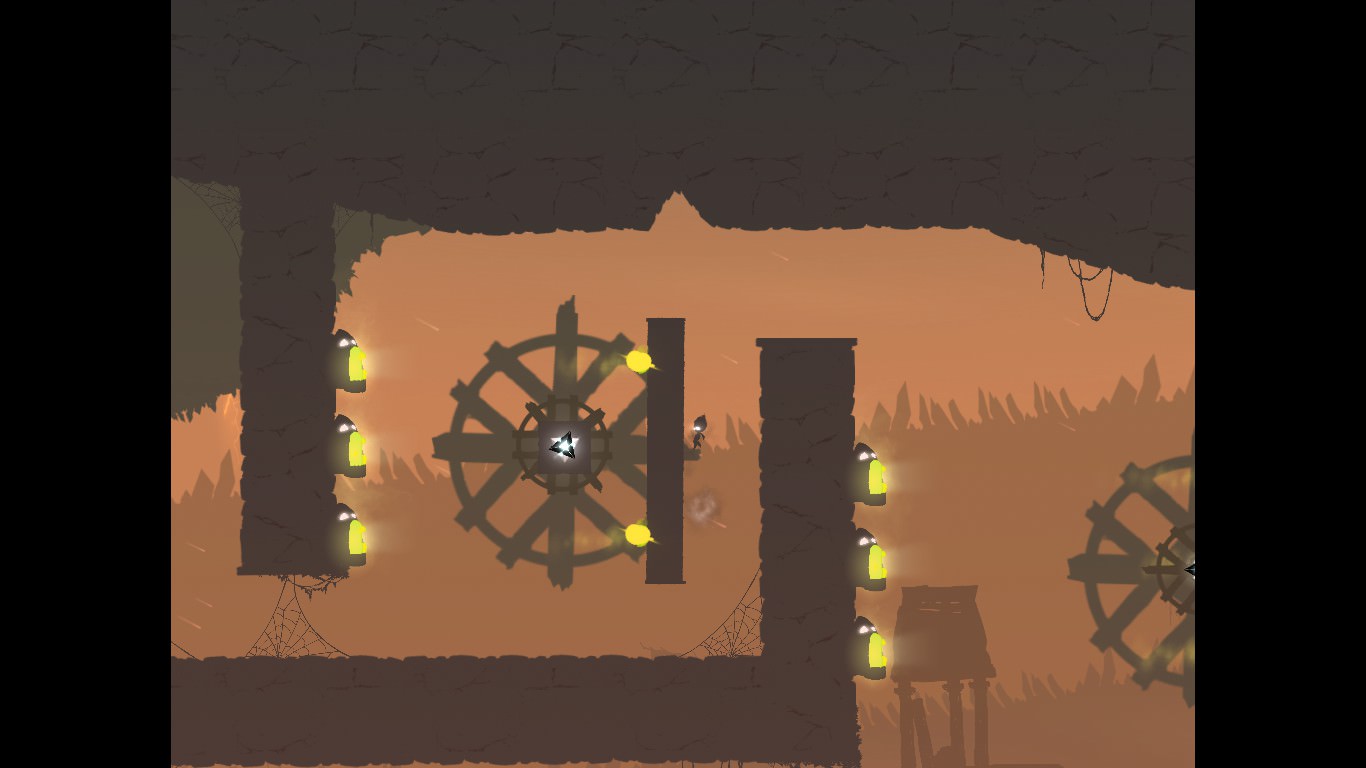 The levels you’ll go through in Light Fall are a real treat to the eye. Despite the night setting, colors are vibrant and nicely distinct: you’ll always be able to tell what’s dangerous and what isn’t. The cutscenes you see in-between levels are also nice, even if they’re mostly just static images. The music is also pleasant orchestral music, although nothing that’s a real ear worm.

The content the game offers might be a point of concern. Light Fall has four acts, and so far I’ve completed two and most of three in just three and a half hours. There is a speedrunning mode, typical for this kind of game, and a hard mode that adds extra obstacles to levels while disabling all checkpoints. Not my kind of thing, but it might grab you. The game goes for fifteen dollars, so whether that’s worth it is up to your personal preference.

Light Fall is a platformer that takes a unique gimmick and does well with it, producing some interesting levels and a very pretty world. It’s not a revolutionary title but one that gets a Save in my book.