MidBoss is a fun rogue-like dungeon crawler that adds some interesting new features to the genre.

In MidBoss, you play the controller (‘Boss’) of an imp, Mid, who is one of many evil creatures inhabiting a dungeon. The opening cut scene shows Mid being picked on by a skeleton and a zombie, who are thankfully called away to occupy their battle stations when the dungeon is invaded by heroes. Mid decides it’s time to seek revenge.

MidBoss is played from an isometric viewpoint, with the environment made up of square tiles. The character sprites are well drawn, though the animations are very limited, amounting to simple movement in one of eight directions, with no ‘internal’ animations within the characters. Everything has a retro feel, reminding me more than anything of a good Amiga RPG.

The game even features a number of retro graphics modes, which you can unlock by quaffing the relevant potions in game. These modes aren’t that fun to activate while actually playing properly, but they’re a nice touch.

The interface is exceptionally well done, with hotkeys and mouse button selection available for all of the component screens, and extensive and very helpful tooltips. Though it doesn’t look as swish as some games, the interface is one of the most informative that I’ve seen in any game genre in a long time.

There are many settings to adjust, though most of them are not related to the graphics configuration. Regardless, I don’t expect any modern PCs to experience any slowdown or other difficulties with the game. 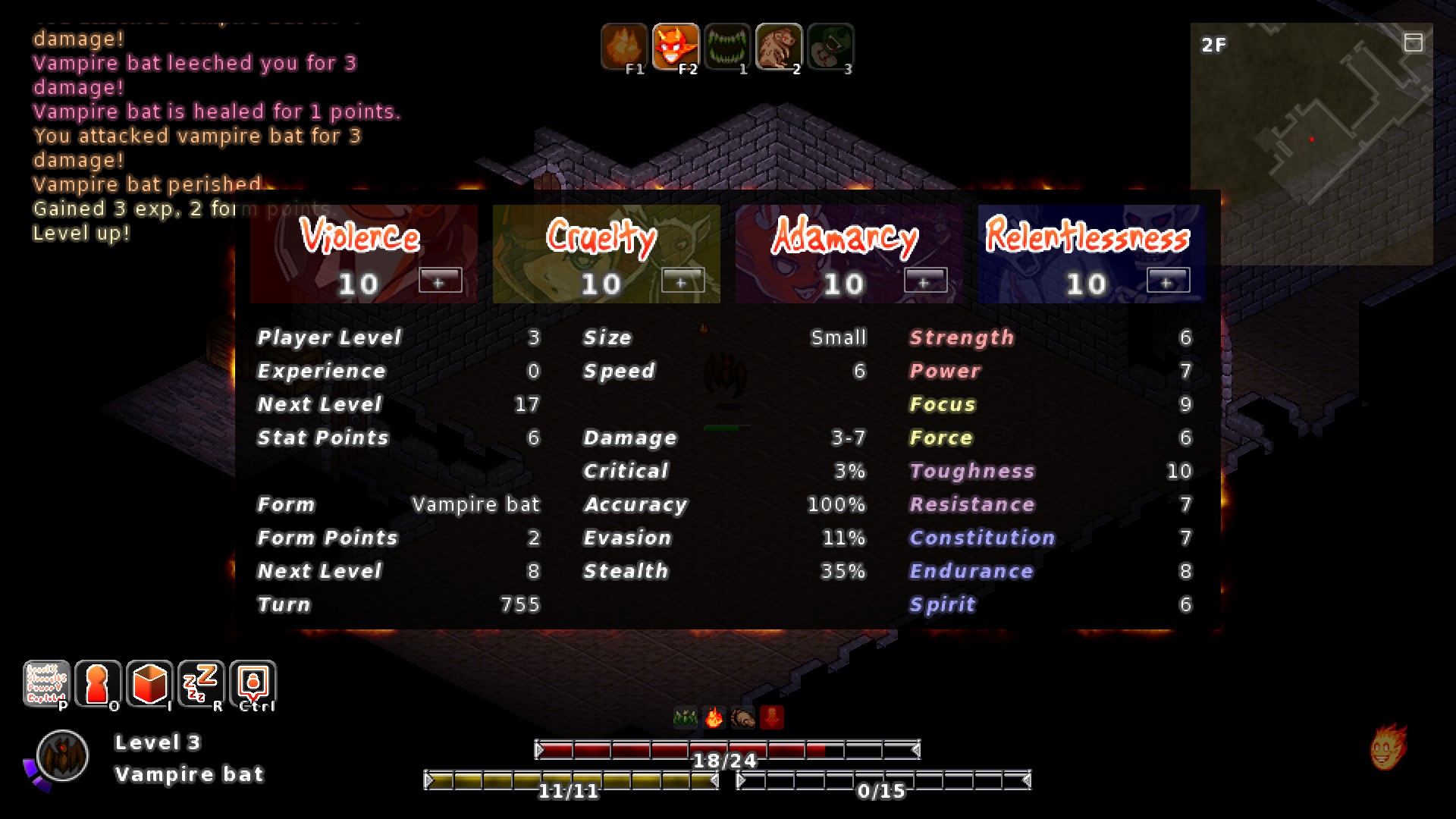 There are only very few music tracks, but the general theme has a sort of Soviet orchestral feel to it, like something you might expect to hear while watching Cossack dancers. It’s odd, but very good, and fits the off-beat feel of the game to a tee.

Sound effects are less impressive, though they get the job done. They’re basically limited to item drop sounds and combat sounds, and the latter don’t sound very solid at all. There are no voices.

In true rogue-like style, MidBoss throws you into a procedurally generated dungeon populated by all manner of creatures that are out to kill you. The game is turn-based and played on a two-dimensional grid. You can move about in each of the eight directions using either of two pre-set keyboard configurations, or define your own if you’re so inclined. 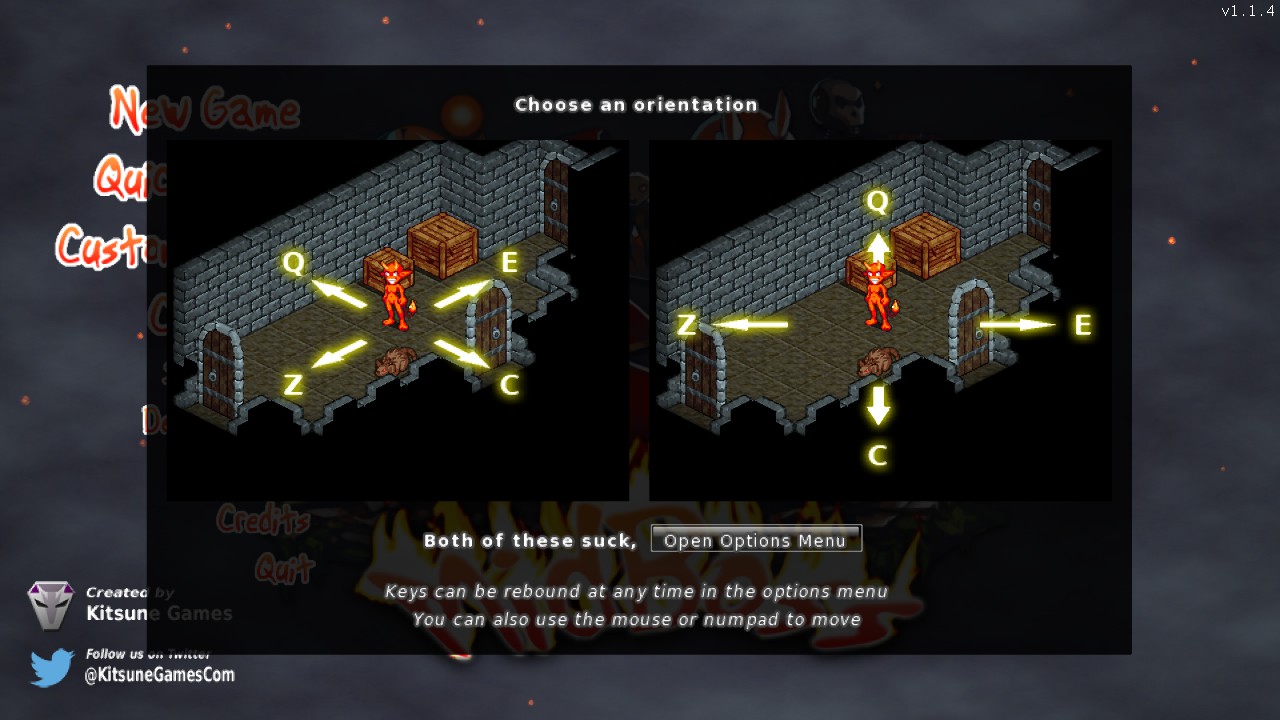 When you encounter an enemy, or anything else you want to hit, for that matter, you simply move into it using the assigned key for that particular direction, and the game makes an attack role, awarding damage against your opponent if appropriate. Some creatures are faster than you, so don’t be surprised if you get hit multiple times in a row; the initiative order is displayed in iconic form on the right of the screen.

You have an inventory (initially empty), and a number of equipment slots (also initially empty) into which you can place usable equipment, should you happen upon any. But much of the best equipment is unidentified to begin with, so you’ll need to visit the friendly cat merchant or find some scrolls of identification in order to make the best use of it. You should generally smash every piece of furniture that you find, as you never know where items might be hiding.

Item drops are procedurally generated, too, but they seem to come from a relatively small pool of modifiers — either that or I’ve just been unlucky so far. There are rarity levels, too, but rarer doesn’t necessary mean better; make sure you check the bonuses on your new and equipped weapons before just swapping them based on icon colour. The interface makes this easy, too, with a nice weapon comparison pop-up. 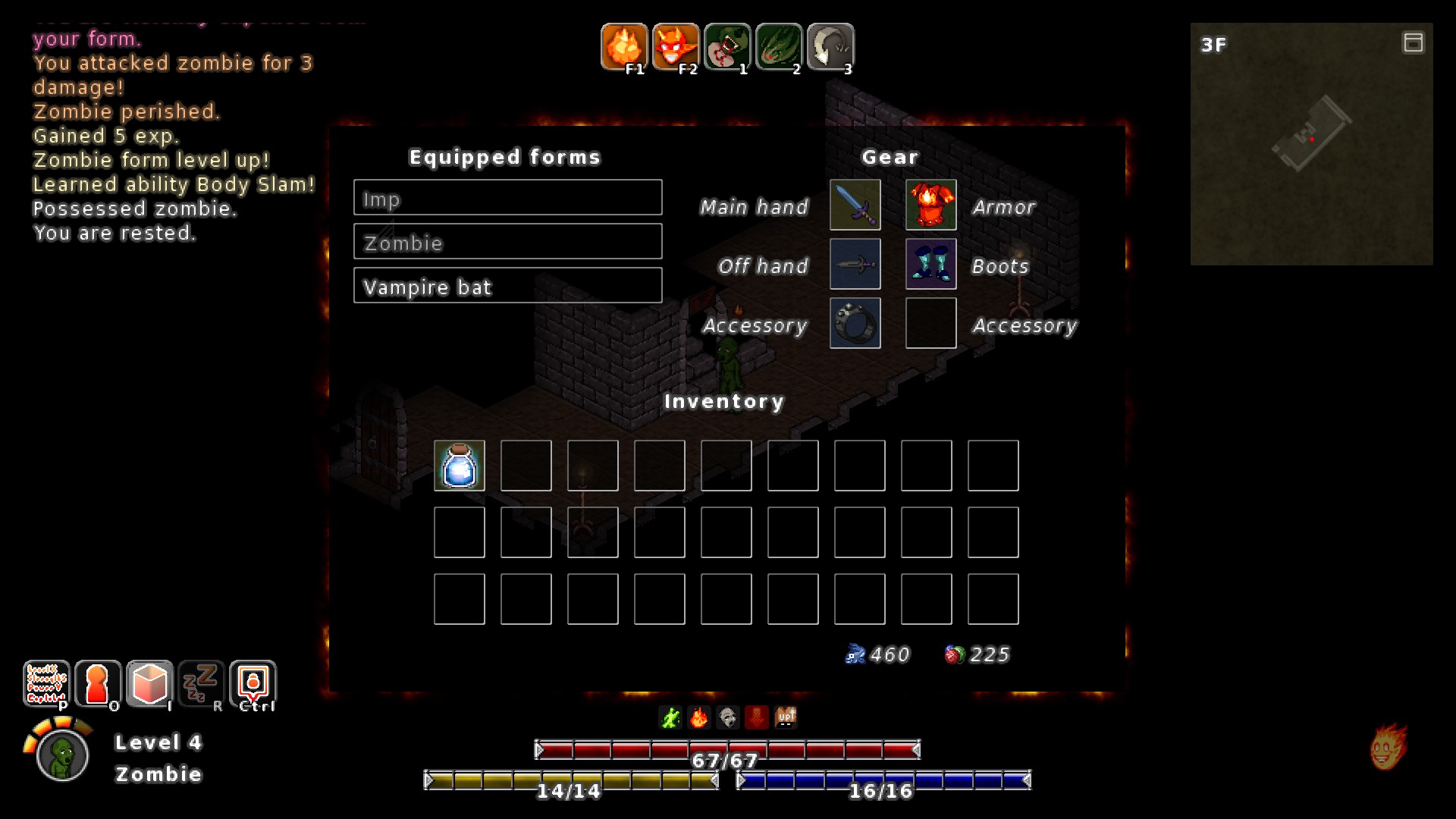 If you think this all sounds familiar, you’d be right. MidBoss takes its fundamentals from the classic rogue-like games, like Nethack and Angband, and slaps some retro dungeon-crawling graphics on the top. But that’s not all.

MidBoss introduces a new possession mechanic to the genre. You see, Mid is able to use some of his mana to mark an opponent for possession. Kill that opponent and its body will be resurrected, and inhabited by Mid. Mid is then able to use the creature’s basic form, and can unlock some of its abilities through continued possession.

It’s a simple mechanic, but it works very well. It also adds an element of tactical forethought to the relatively basic combat, as any creature is restored to full health when Mid successfully possesses it. With healing items being very rare in MidBoss, making use of this free healing is crucial to your success. 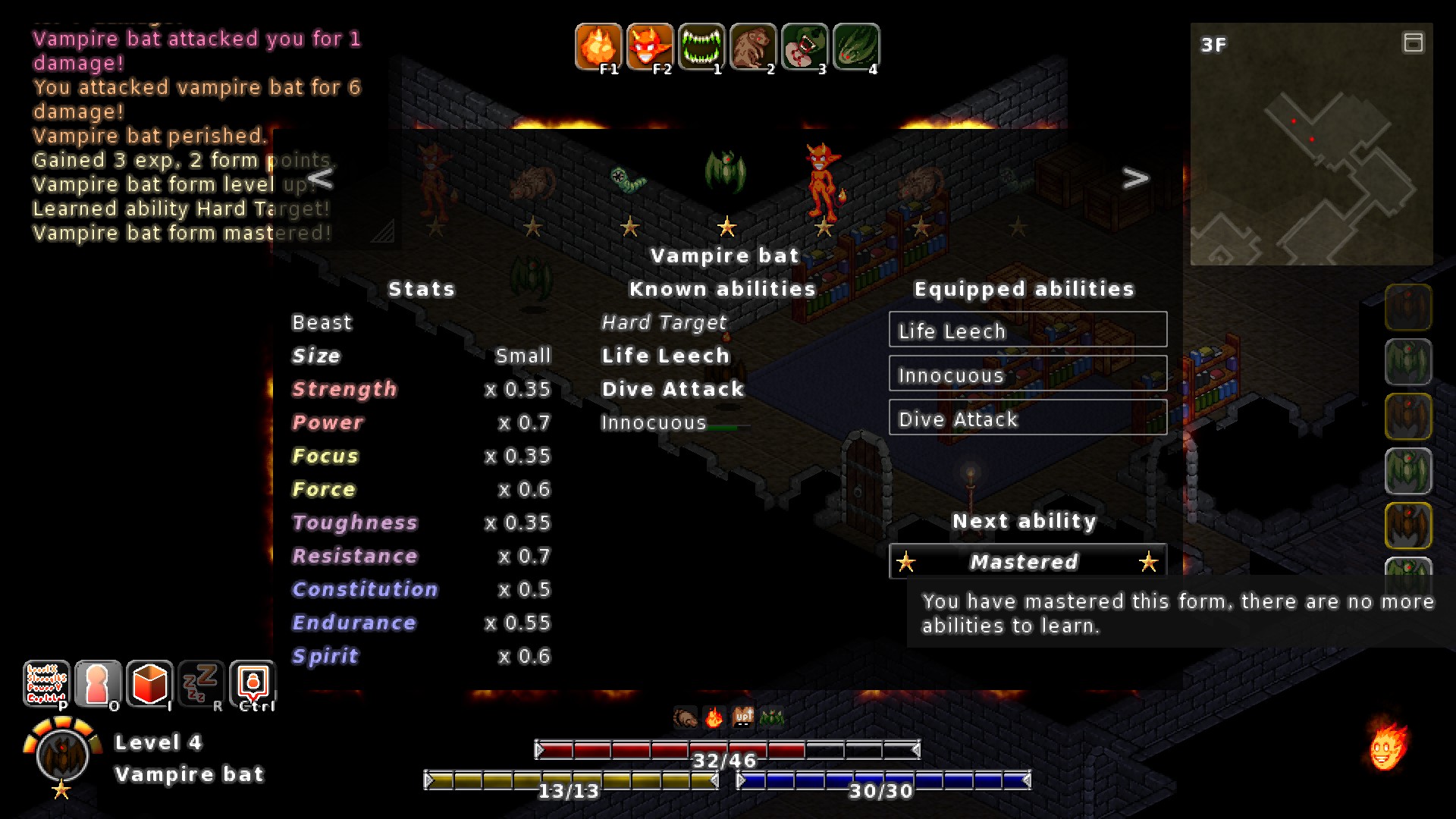 The other new mechanic that MidBoss introduces to the genre is that of Death Cards. The game features permadeath, like every good rogue-like, but every time you die the game creates a Death Card of your character. This card can be shared with others via social media, and friends can import it into their game of MidBoss, allowing them to try the game with the same pseudo-random number generator seed, and show you how it should have been done. You can also use each Death Card once to give you a starting item for a new game, giving you a way to add that little bit extra to your next try at the dungeon. If you complete the game then it gives you a Victor Card, which is similar. But this allows you to start the game in New Game+ mode, allowing another replay starting with all of the equipment and abilities you collected.

It all plays very well, but I’ve noticed that each restart feels a lot like the last. Though the levels are procedurally generated, the creatures inhabiting each level seem to come from quite a small pool, at least in the starting levels, so they all feel a bit ‘samey’. There’s also no customisation of your character or randomly assigned inventory, or anything like that available at the start of the game, so you always start with nothing (apart from Death Card items), and you always possess a rat to begin.

Cons:
– Not enough variation to begin with
– Sound effects are not very impressive
– Character animations are extremely limited

To me, MidBoss feels like a slightly comical homage to the early rogue-like games such as Nethack. The novel features that Midboss introduces to the genre — death cards and particularly the possession mechanic — work very well, and add significantly to the gameplay and replayability.

If you’re a fan of classic rogue-like games you should definitely check out MidBoss.