Westboro is a real-time action RPG set in a dystopian future, where Earth’s fresh water supply is regulated by a greedy multinational.

In Westboro, the world is in a state of emergency. There are over 12 billion people and not enough usable fresh water for them. The global corporation, SICON, is in charge of what’s left, and the world isn’t happy about it. You take control of one of three mercenaries for hire and carry out various paid missions concerning SICON, usually by shooting everything in sight. And no, it’s nothing to do with Christian fundamentalists.

Westboro is played from an isometric-style viewpoint, but in full 3D. It’s a shame it’s not a fully controllable 3D camera, as it would have been great fun to rotate and zoom for a customisable view of the action. Instead you can toggle between two preset zoom levels, and you can’t rotate at all. The game makes everything between your character and the camera fully transparent, so you can see where you’re going. Partial transparency would have been a better choice, in my opinion, to provide a bit more environmental context around your character.

Graphics are reasonably detailed, but the colours are bland and boring. This is obviously a conscious choice from the developers, as they’re wishing to portray the game world in a certain way, but a bit of variation in the interface, at least, would stop everything on the screen from blending into a drab greyish-brown. There are some good filters and special effects, and nice graphical touches like smoke from gun barrels, while at the same time some basic details have been missed, such as cars driving past without their wheels turning. The game has a pretty high DoF effect, which may not appeal to everyone.

Level design and models are good, as are textures, but there are a few too many sharp edges. Character models are fine, but you’ll notice their textures are a bit lacking when you zoom in. Animations look a little bit wooden, but they’re good enough. Valkyrie, the female player character, has some ‘jiggle’ to her, too, which is either a nice touch or completely unnecessary, depending on your point of view.

The UI is basic and only explained very briefly, making it rather confusing at first. The player character FPS camera that you can open in place of the minimap is an interesting addition. The quality is poor enough as to make it not very useful in most circumstances, but it’s a nice idea. 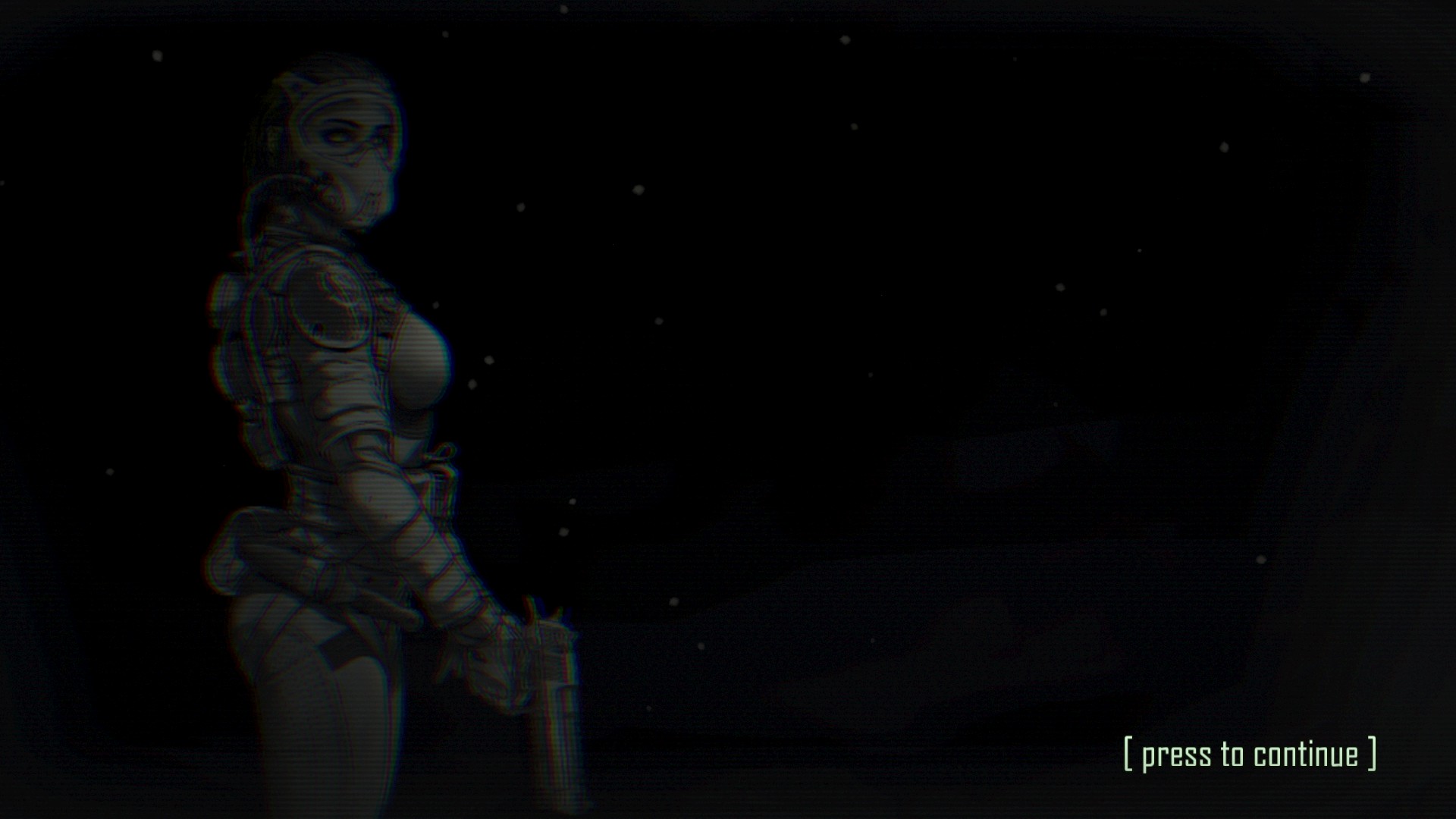 The title music track is great: very atmospheric and mysterious. In-game music is pretty good, too, with slow, ambient sounds blending together nicely for a good background sound stage.

Game and UI sound effects are also good, and appropriate for the setting.

Westboro plays a lot like a simple science-fiction Diablo with guns. Everything is controlled using the mouse and hotkeys. Hold down the mouse button and you’ll move towards it, at a speed controllable by scrolling the mouse wheel up or down. Click on an enemy and you’ll shoot at it, with some benefit provided by holding ALT to crouch behind cover. Press assigned hotkeys to use one of your skills or abilities, or to change weapons or take a health-restoring drug. Everything is very simple, once you work it out.

It’s unfortunate, then, that it’s so frustrating, and I mostly put this down to pathfinding and movement controls. Your character will sometimes move when you only click the mouse, and sometimes won’t. Sometimes he or she will stop moving immediately if you’ve been holding the mouse button down and you release it, and sometimes won’t. Sometimes you’ll spin around on the spot when you try to run from an enemy, losing precious time (and health) in the process, and you’ll almost never be able to walk automatically around a corner — expect to have to micromanage your character’s movement.

All of this makes for some very annoying combat. I can’t count the number of times I’ve died from charging into a room full of enemies when I expected to stop outside or been mowed down while turning slowly to try to escape. And the amount of ammunition I’ve wasted shooting walls when I thought I should have a clear line of sight to my target, well, it would fill a rubbish truck. And for some reason, reloading is much slower than changing weapons; be prepared to die a lot because you don’t realise you’ve run out of ammo, and it’s so awkward and slow to reload. 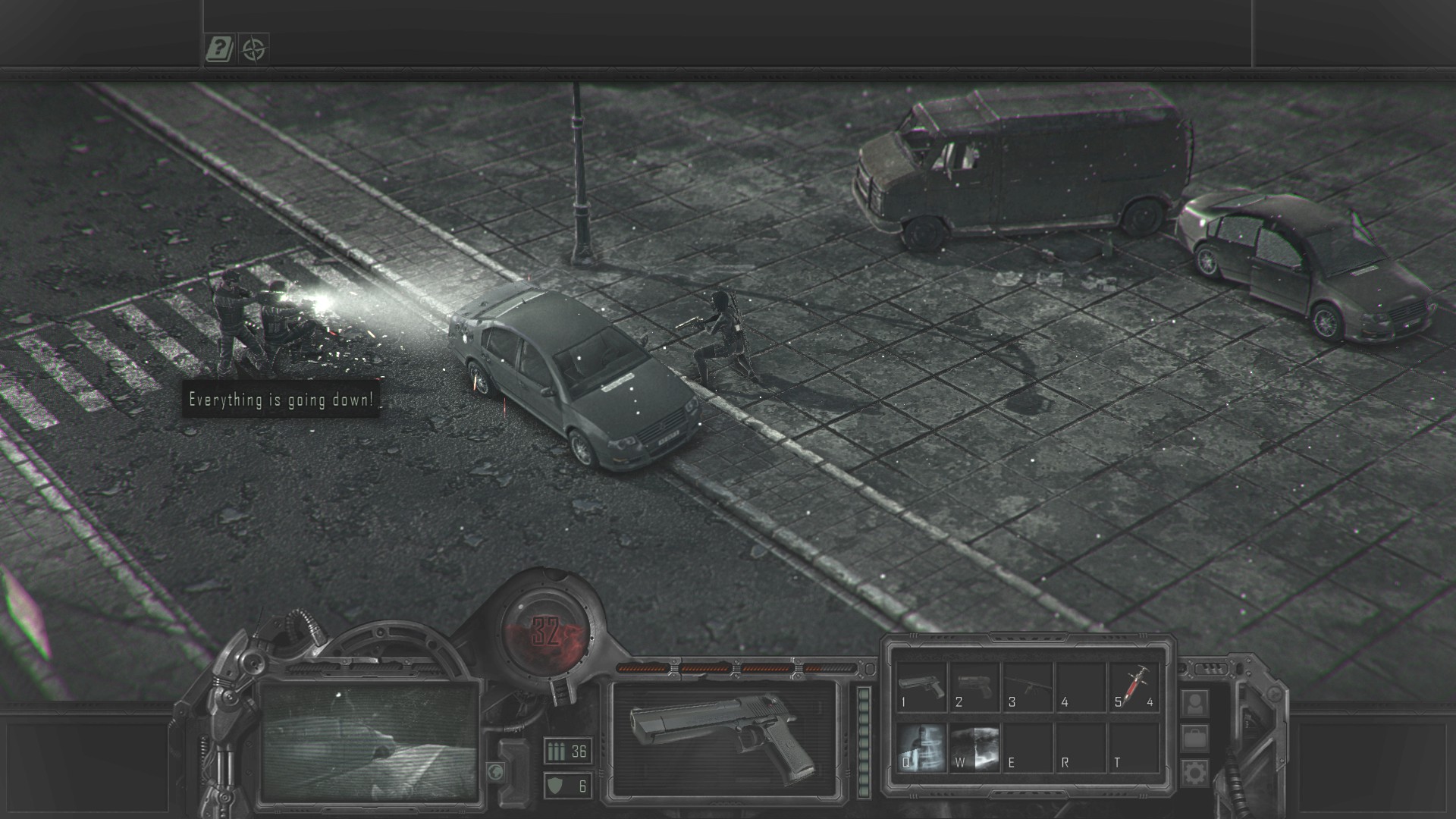 But it’s not all bad. You can find and buy weapons and different ammunition types, and handle them all in a slot-based inventory container, which works well. There’s a basic collection of active and passive skills, some of which are pretty good fun, unlocked using skill points from levelling up your character. But that’s the only allusion to role-playing games, here. Hotkey assignment is quick and easy, too. And it’s strangely satisfying to chew through your ammunition, mowing down unsuspecting police and corporate lackeys.

There are only three character classes in Westboro: Recon, Valkyrie, and Spectre. These provide a bit of variation to play style at the beginning, at least, based on their starting skills and equipment, but after gaining a few levels and spending your skill points as you wish, the differences between them become less meaningful.

There’s no indication of progress through the story, so I don’t know how many different missions are available, but there aren’t any save points mid-mission; the game only saves when you leave an area and enter a new one. You should expect to die a handful of times on the first mission as you come to grips with how the game works, but once you get the hang of it, survival becomes much more straightforward.

The in-game text has been translated from Russian, I believe, and has error after error. A bit of proofreading, or at least running the text through a grammar checker before release, would have done wonders for the quality of the writing. 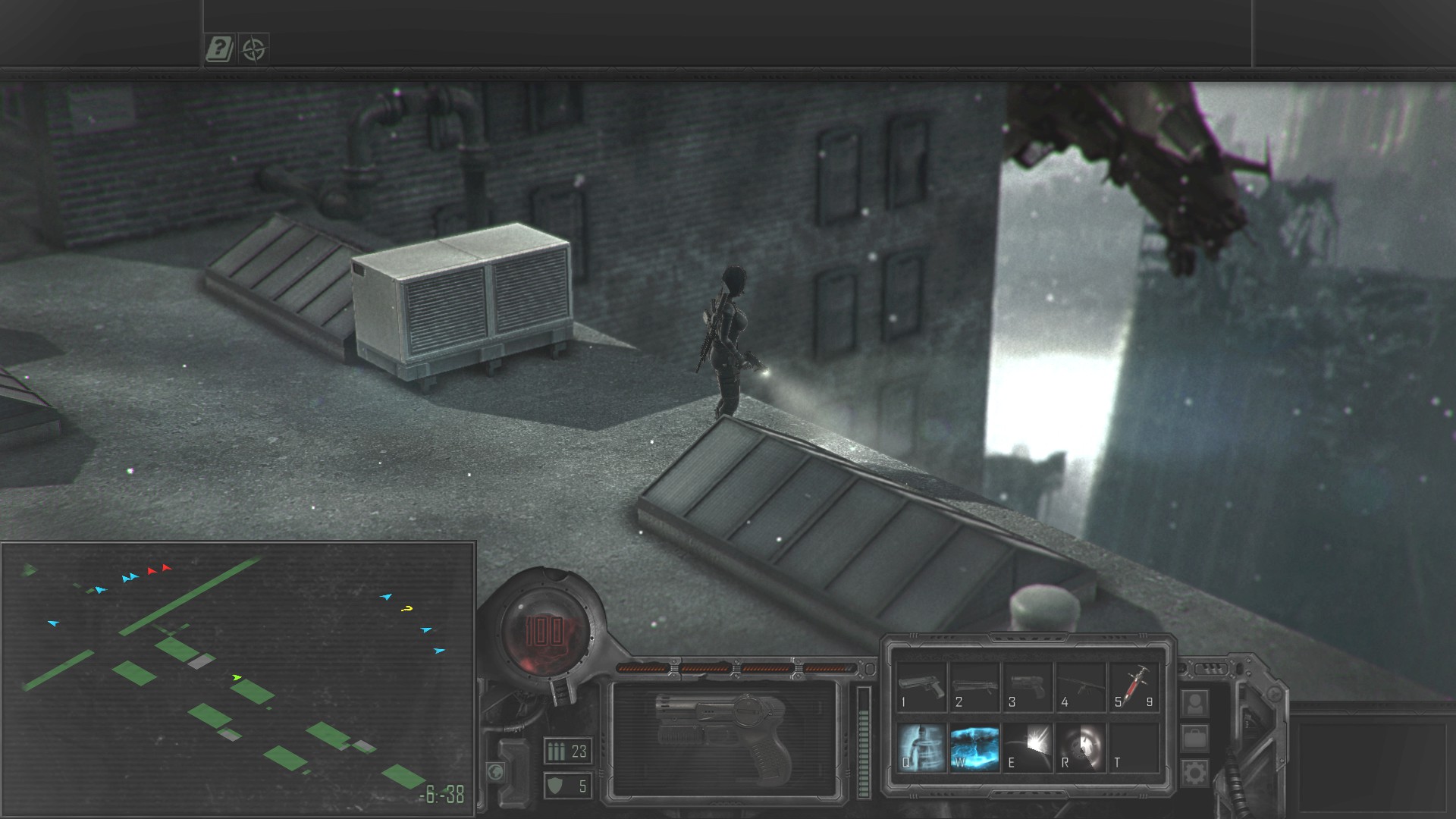 Westboro is an interesting game. On the one hand, the unresponsive interface and frustrating combat, coupled with lack of in-mission save points, makes for an experience that sometimes ends up with yelling at the screen and rage quitting. But then, once you get used to dealing with the game’s quirks, it’s actually quite fun in spite of all of that.

It has a lot of rough edges, and the price is a bit steep, but it’s definitely worthwhile taking a look if you’re a fan of the genre and you have enough patience to come to terms with its quirks. 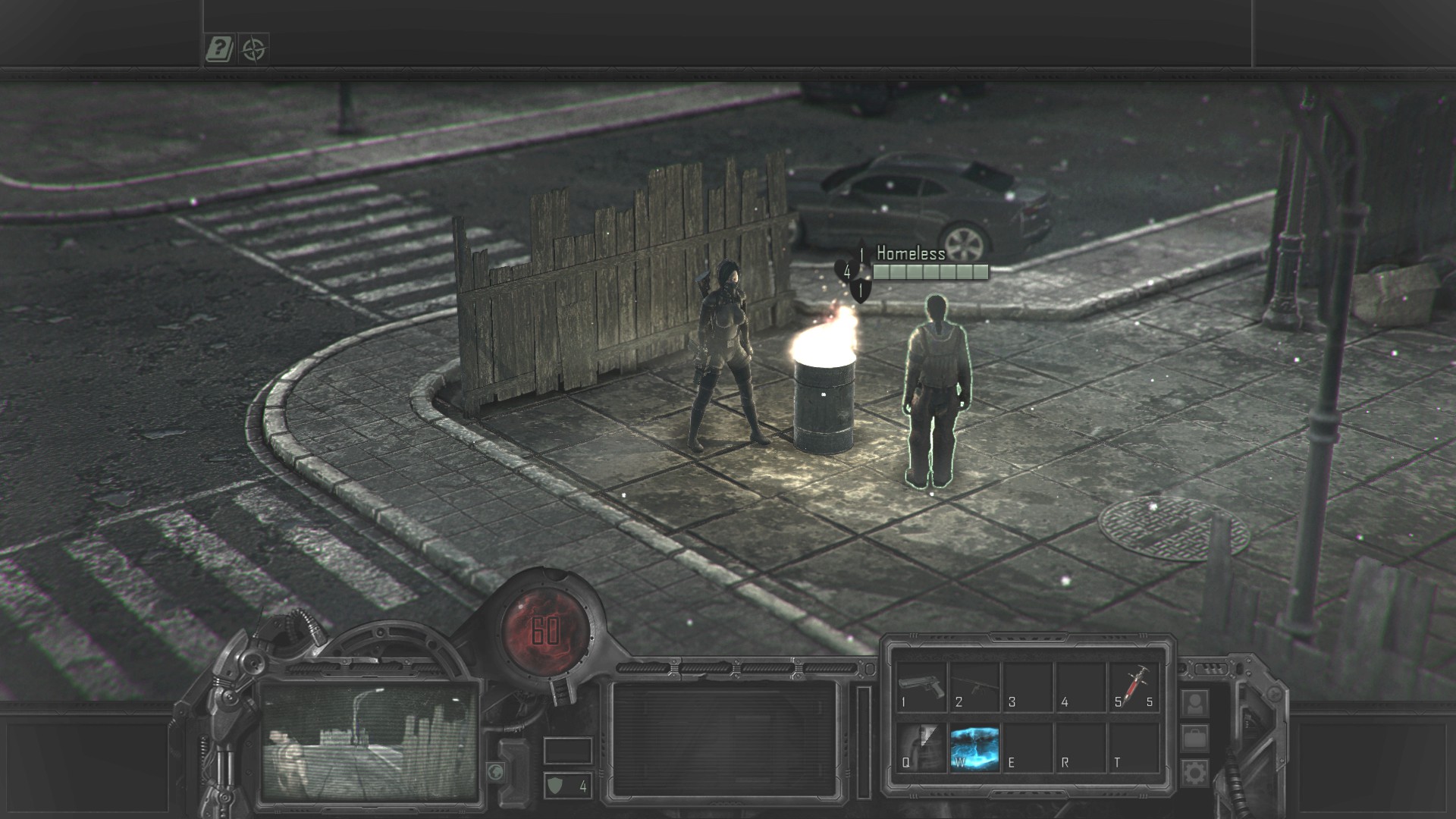