Perso is a 3D puzzler where you have to navigate your cube(s) around platforms suspended in space without falling off the edge.

The goal is to navigate your white (primary) cube around the platforms and collect/deliver “relics” along the way. The platforms appear and disappear depending on the position of your cube and the rotation of the puzzle. You can be sitting in the same spot but rotate the puzzle and more/less platform is revealed. You also have to contend with multiple vertical ‘floors’ with beacons to bump you to upper levels, so there’s a lot to think about even before you start picking up the 4 coloured helper-cubes which each have special powers.

Keyboard controls only, and there are several keys to get to grips with: move; rotate; toggle cubes on/off; switch cubes. You can also press E to show a larger area of the puzzle, which doesn’t really help to solve the section you’re working on, but it is a nice aesthetic that shows the overall beauty of the puzzle. 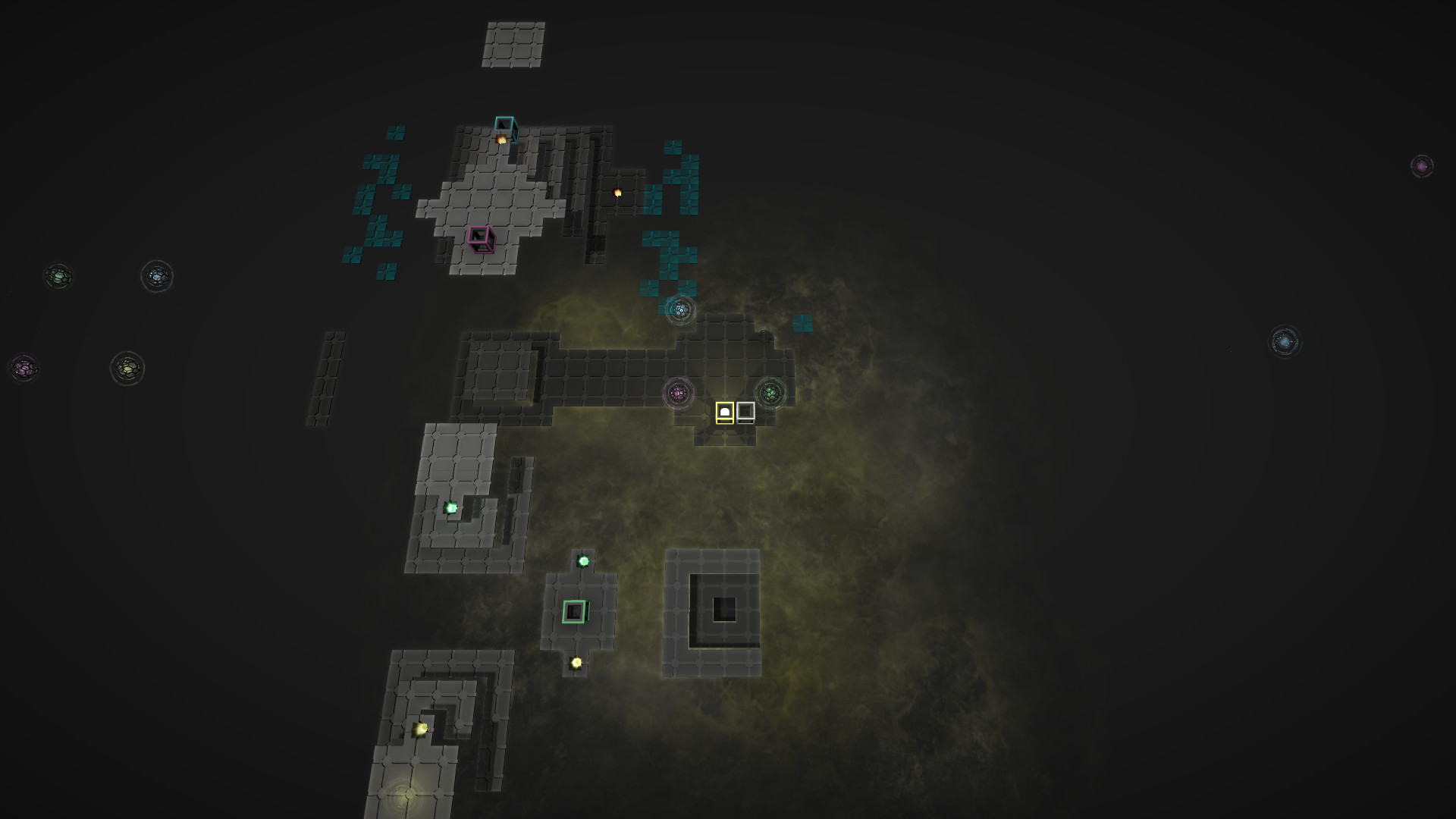 First of all, I have to say I love the beautiful, swirling plasma clouds waiting below to swallow you up when you fall. These do seem to weigh heavy on my GPU though, it certainly gets my PC fans blowing hard. The rest of the puzzle has a very clear, efficient layout, with different gradients of grey to indicate the vertical heights of the floors.

A couple of improvements I would like to see: a) have a zoom feature (mouse wheel) because sometimes the puzzle doesn’t make full use of the screen area, and b) it would be nice if it was possible to drag the puzzle around to look at it from different angles and then have it snap back to position when you let go.

Music is the usual ambient sounds you often find with these types of games. Pleasant but unremarkable. 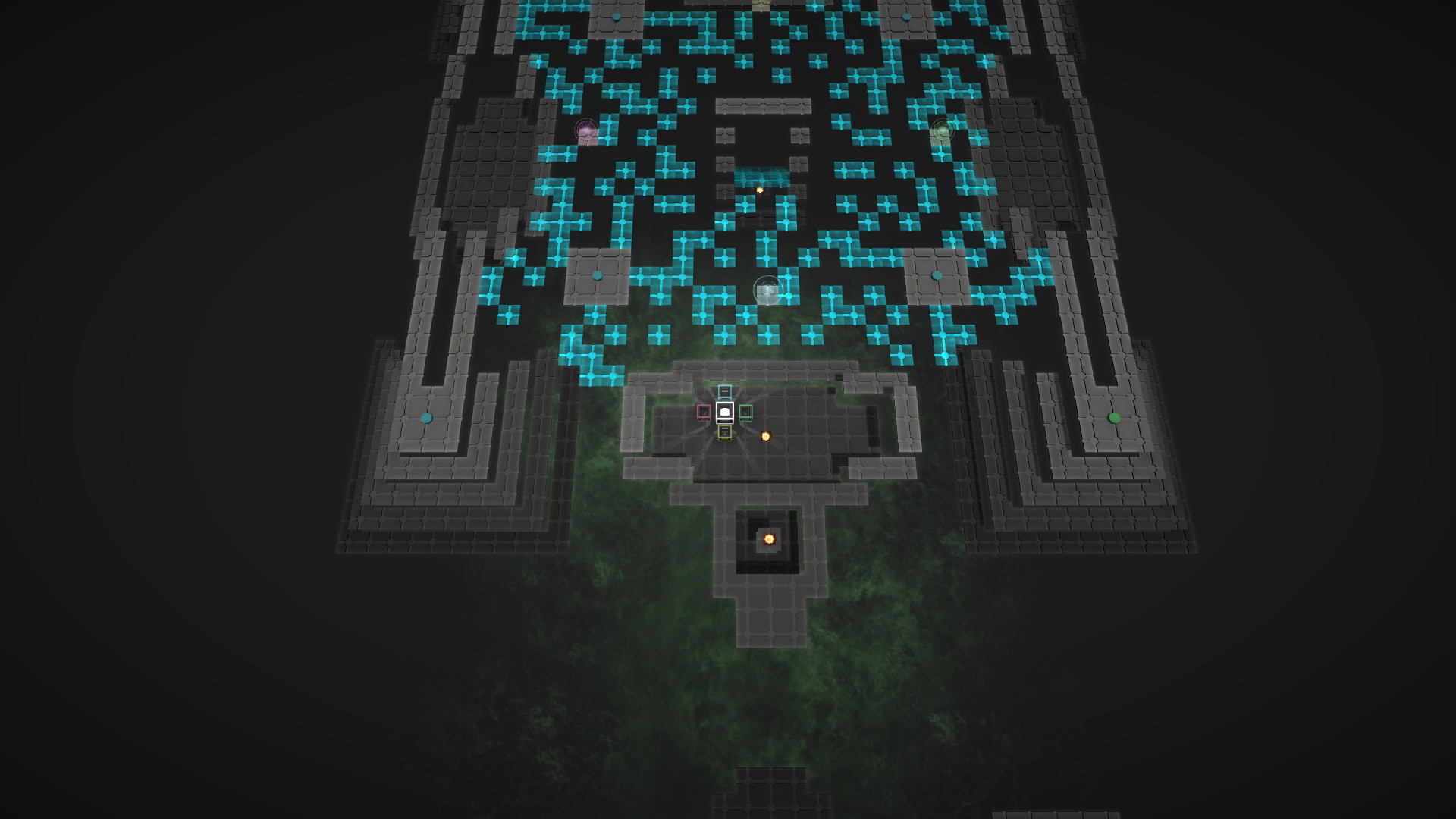 I used to think I was good at puzzlers but games like this have shown me that I’m a miserable, brainless worm.

There is no easy, getting-to-know-you stage. The difficulty ramps up immediately. Even death has a high penalty, often sending you way back to the start of a section instead of respawning where you died. You’d better remember how you reached your current position otherwise you’ll be right back to square one, literally.

Most of these types of puzzlers rely on the level design to provide the difficulty, with a relatively small number of mechanics/options. Here, not only is the level tricky but you also have several different aspects to consider: the position of the cube; horizontal rotation of the puzzle; which helper-cube to use; which vertical level to travel. All of these things combine to make it eye-wateringly complex. If you’re going to use a trial-and-error strategy then you’d better have a lot of patience and a good memory, as your brain will be overloaded with options, drowning in possibilities.

The game is linear – you progress through space via your platforms, and if you get stuck there’s no option to try a different level for some variety. I normally complain about difficulty bottlenecks but in this particular case it feels appropriate. When you are stuck on a particular section, there are so many different options available that it doesn’t become stale, you want to keep trying. 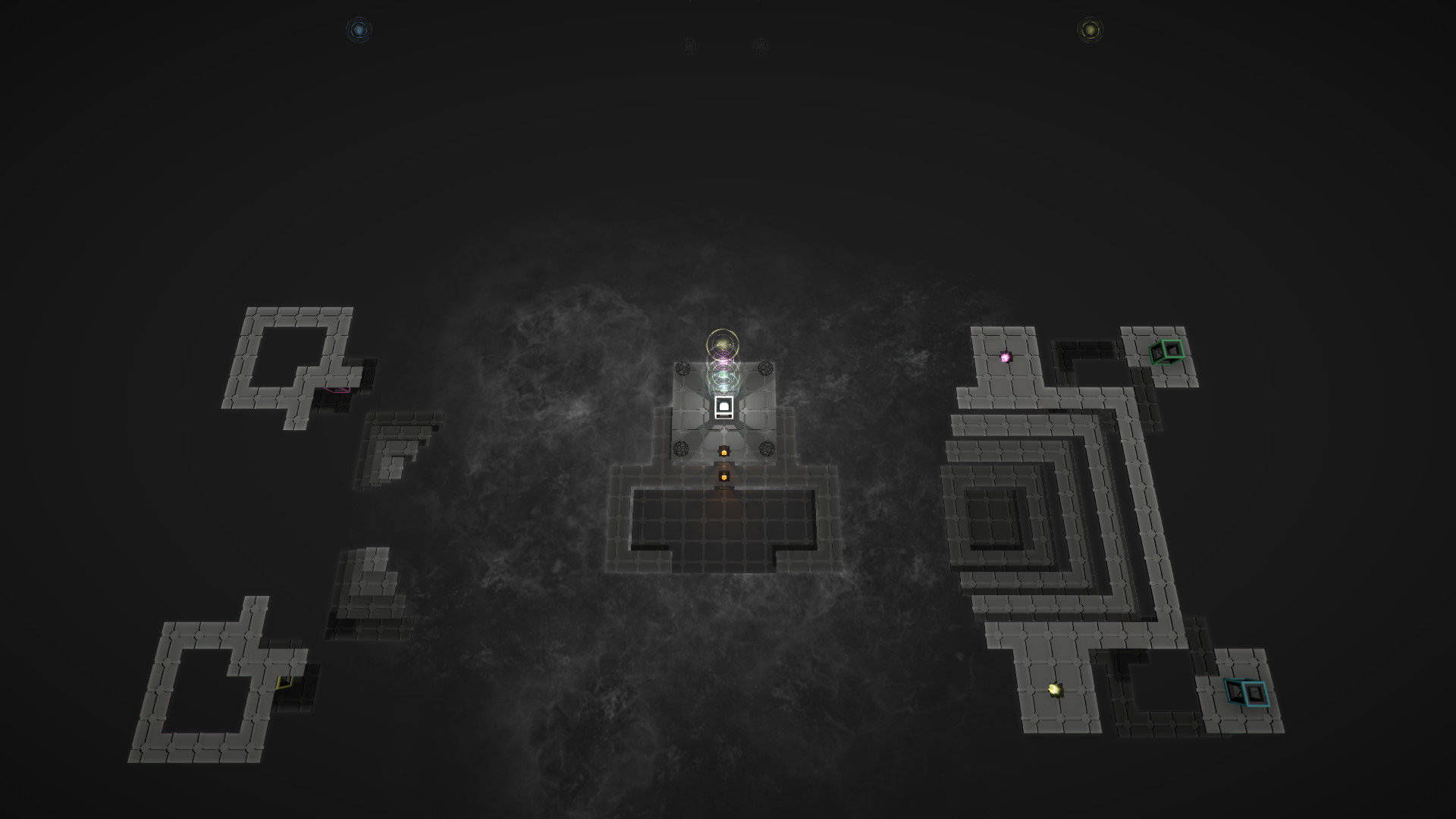 The price is lower than I would expect. The overall production quality is excellent and there is so much complexity crammed into the puzzle that I would be happy to pay twice the price for this. Strictly speaking there is no replay value, but in practice you are going to forget most of the solutions by the time you get to the end, so after a week or two you’ll probably be able to replay it as a fresh game.

Achievements, trading cards and Cloud – Windows and Linux supported, to this is a useful feature for dual-booters like myself. 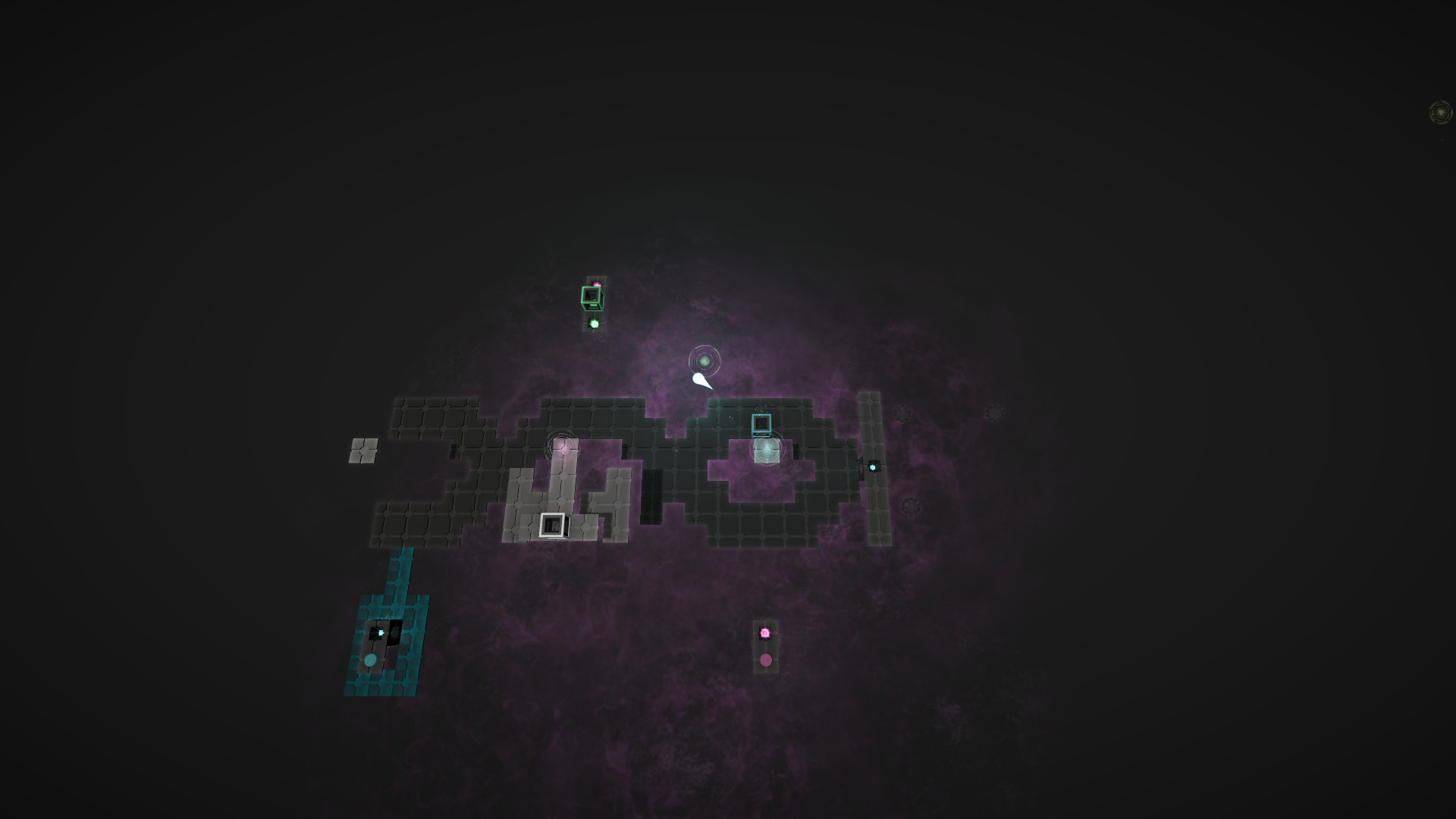 At first glance this looks like another boring push-the-cube puzzler, of which I’ve played many, but there are so many different aspects to think about that it’s one of the most complex, dynamic puzzlers I’ve played.

I found myself swearing out loud on numerous occasions as I fell into the abyss again and again, having forgotten the same crucial move for the umpteenth time. Then I would take a break and return later to find a solution immediately.

I highly recommend this if you’re looking for a hard puzzler with a rich set of mechanics. I’ll say the word ‘complex’ just one more time, in case you missed it.