Power Hover is an adventure racing game which is a game essentially about robots with hoverboards and their quest. Does it stick to its route or fall down a cliff? Let’s find out: 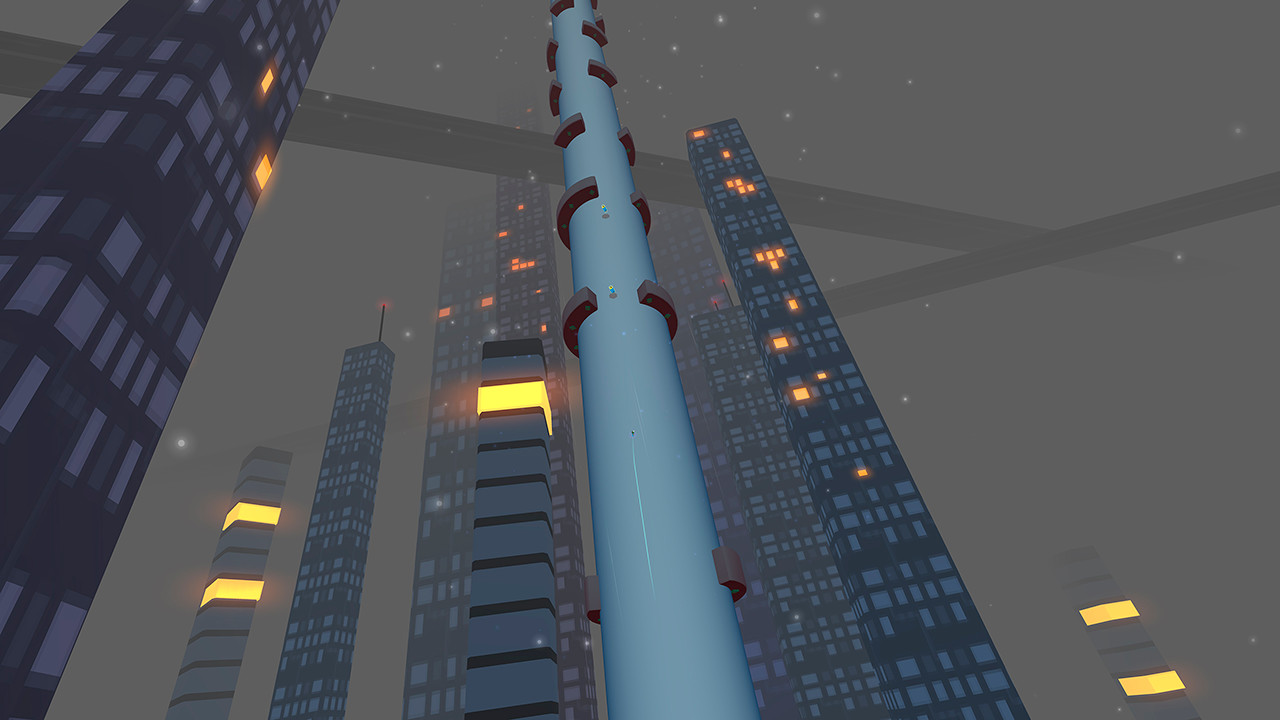 Power Hover puts you in the shoes of a Robot with a hoverboard who is tasked to collect batteries and bring back power to the world. The story revolves around a city whose power source has been stolen and it went into complete blackout. You were tasked to chase down the thief and in the process bring back the power to the town. The gameplay of Power Hover is extremely simple, you slide left and right trying to avoid obstacles and collect batteries. But don’t be fooled by its simple aesthetic, the game throws a lot of difficult sections where you have to really test your skills. After you have completed the first couple of levels, you will be introduced to the thief who stole the power from the town. The game then tasks you with chasing down the thief and take back what’s yours. It is not really a race as there is no time limit and you won’t overtake the thief throughout the game.

Then what purpose does he serve? Along the way, he drops batteries at difficult paths and you have to be on his trail if you want to collect them all. In between these batteries, he will sometimes drop a bomb or two in your way which bursts as soon as you pass through them. Initially it seems that the thief is merely more than another character on-screen as his bombs are very easy to avoid. Slowly though he starts placing bombs right after a battery which makes it increasingly difficult to pass the levels. 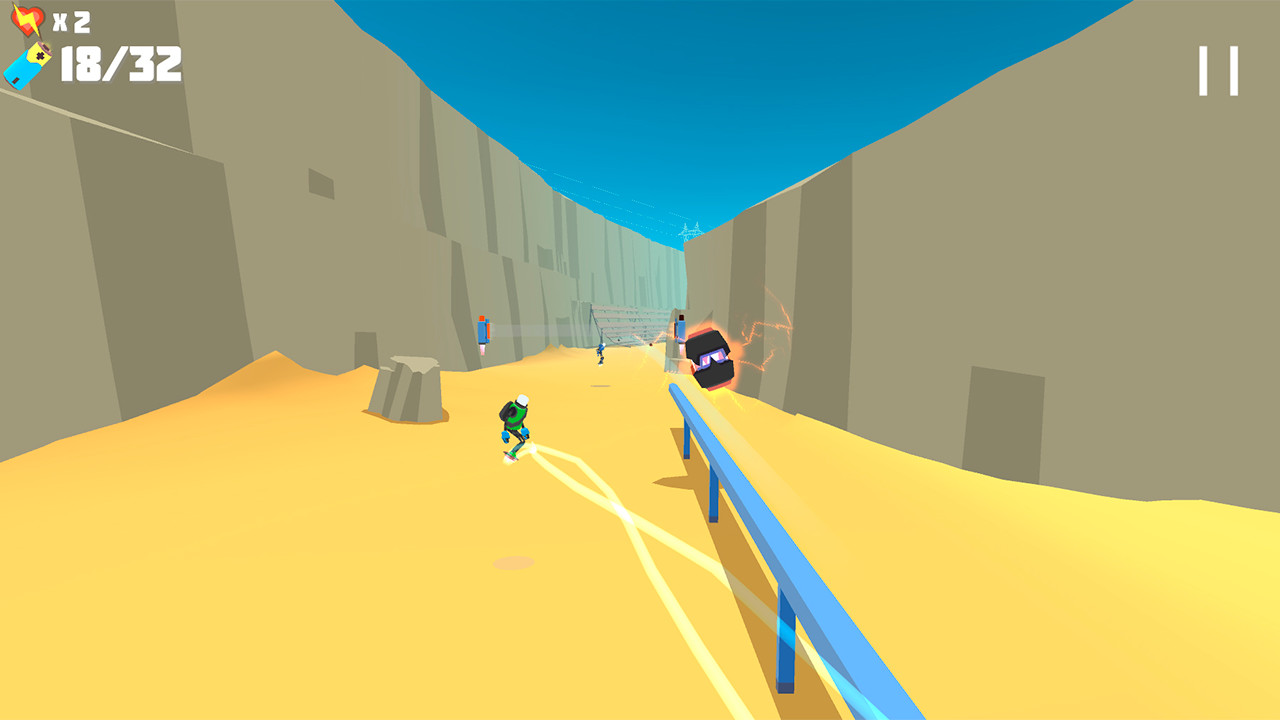 The game introduces you to new sections and obstacles in a very subtle way. Before you come toe to toe with the real thing, the game will tell you in a visual way how the machines or beasts work. All of this is told through environmental cues and you have to be careful about the environment you’re cruising through. The game also changes camera angles at correct times to give you a top down view for sections which are designed like mazes. The checkpoints are placed so that you can continue your journey after you have died without any sort of frustration. After each level you are awarded with stars which give you a specific amount of electricity which in turn unlocks buildings in the town which gives you various upgrades.

After you unlock a specific amount of buildings with enough power you will unlock boss levels. Boss levels are endless levels which produce procedural generated machine madness in your way. They are much more difficult than the normal game and require you to accumulate a certain amount of points to unlock the next section of the city. Power Hover’s biggest challenge is not only passing through levels, but passing the levels while collecting the maximum amount of batteries. 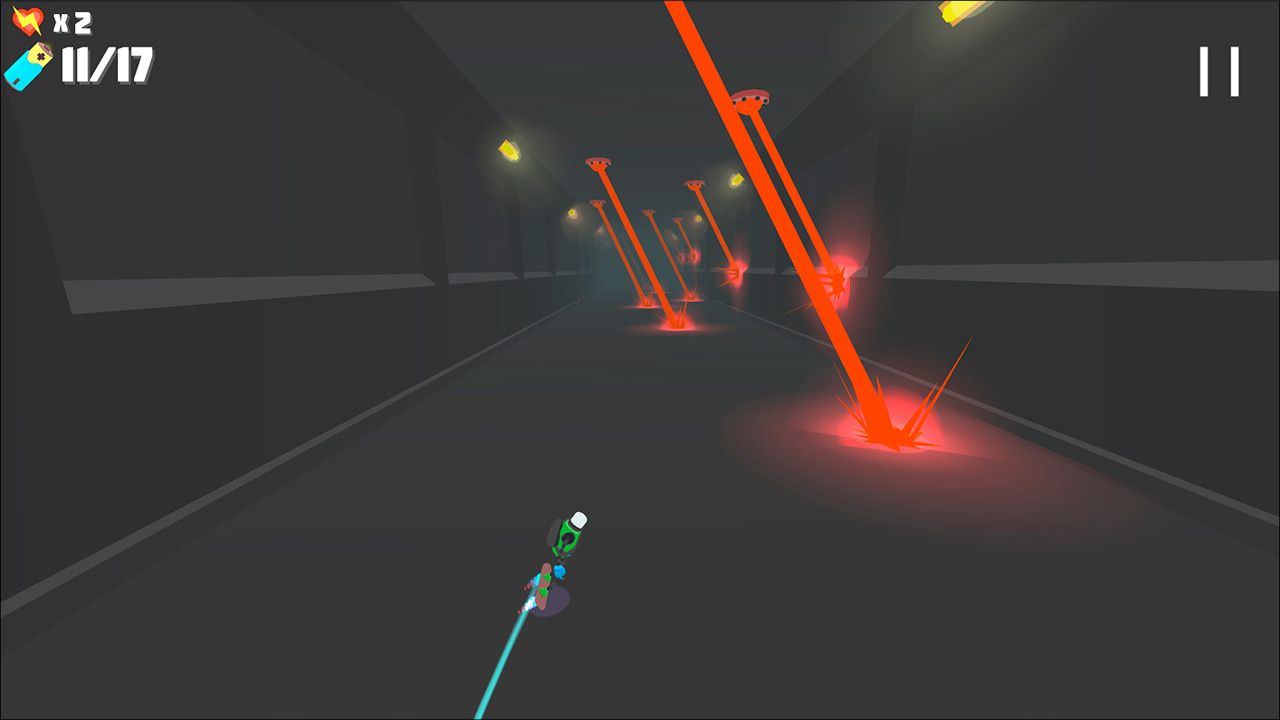 Not all is good with Power Hover though, there are sections in levels which have nothing inside them which makes those parts feel incredibly bland and boring. The story while told in an interesting way lacks originality. There are a few characters available to be bought through power but they are purely cosmetic and do not have any gameplay or visual incentive to be bought. The hover board itself is a major pain to control sometimes as it will spin out of control and will do whatever it wants. The game also suffers from a certain amount of bugs and glitches which makes some levels really frustrating. But overall, Power Hover is a game which is easy to learn but hard to master. 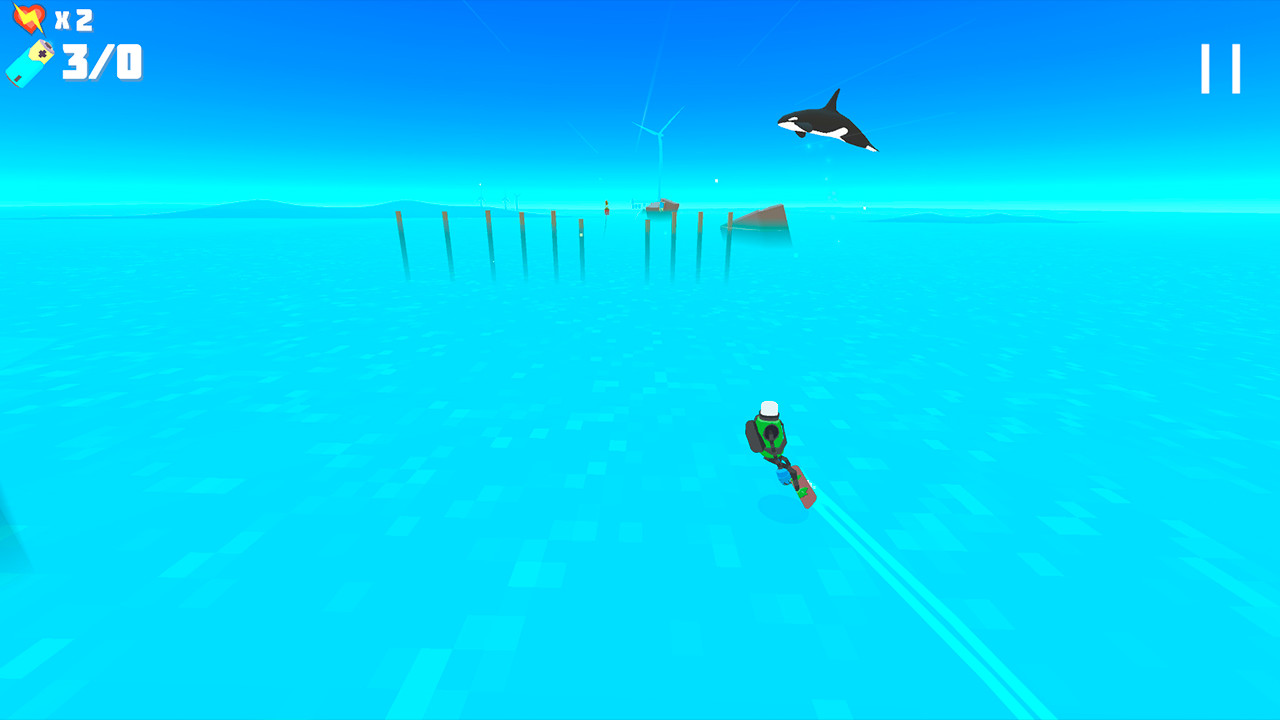 Power Hover is very appealing and soothing to the eyes. The graphics have low polygon count but more than makes up for it with its gorgeous and varied world. The creatures of the world are created so that you will marvel at each and every sight. In fact, the game places a few puzzles just before something incredible happens on your screen which will leave you in awe and off guard. The game shows its world and tells its story through its visual design and it does a superb job at that. From sandworms to Giant spikes and mining monsters, everything is created so that you have a joy in exploring these levels. Truth be told, my main purpose for completing Power Hover’s levels were not about collecting batteries but to see what new wonders the game held next.

The sound design of Power Hover is amazing. It compliments its visual design very well and has a soothing effect on ears. The soundtrack of Power Hover makes traversing its marvellous worlds all the more better. 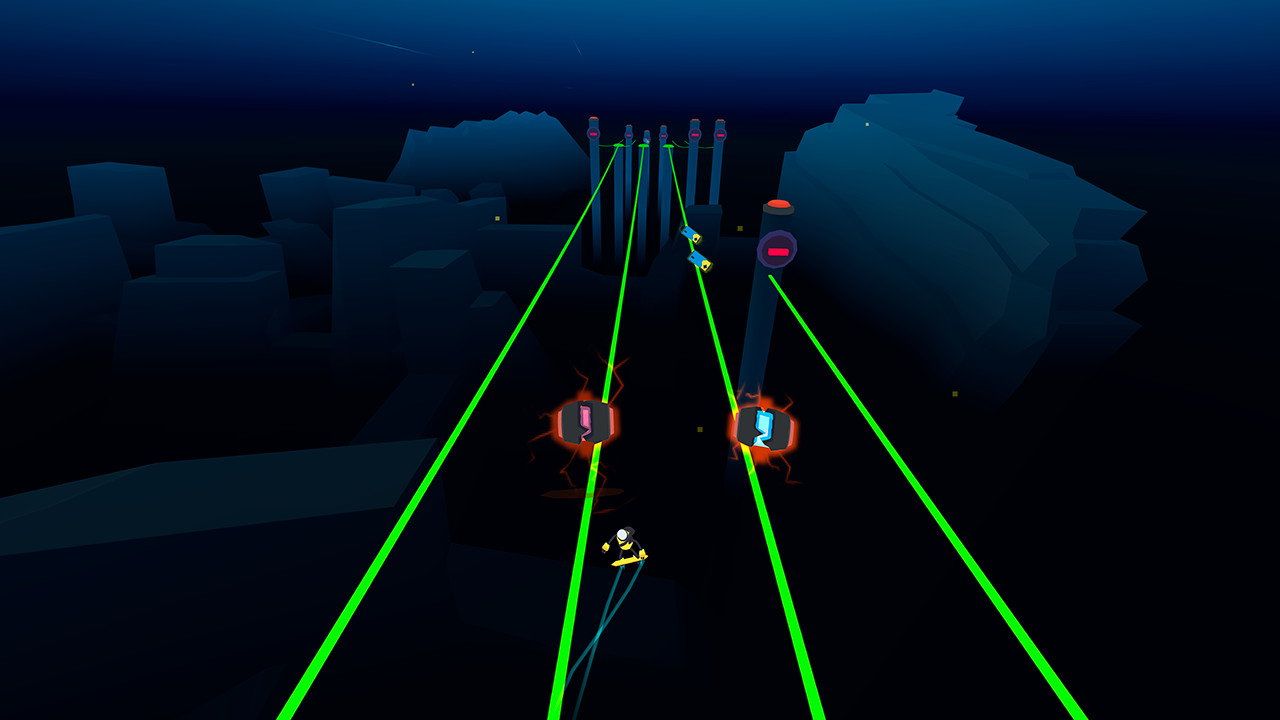 Power Hover is a simple game with a superb visual aesthetic and sound design. There are a few problems you will encounter here and there but nothing will distract you from exploring its world. It is a very relaxing game and very easy to pick up and play. For its price, you can’t go wrong with Power Hover.