Set into a year of your choosing, robots are trying to be integrated into society through a schooling system for robots. This story follows a young robot named Missileman whose comic-book obsessed father thought he always looked like a superhero and eventually it comes to him to save the school from a serious threat that emerges from within! 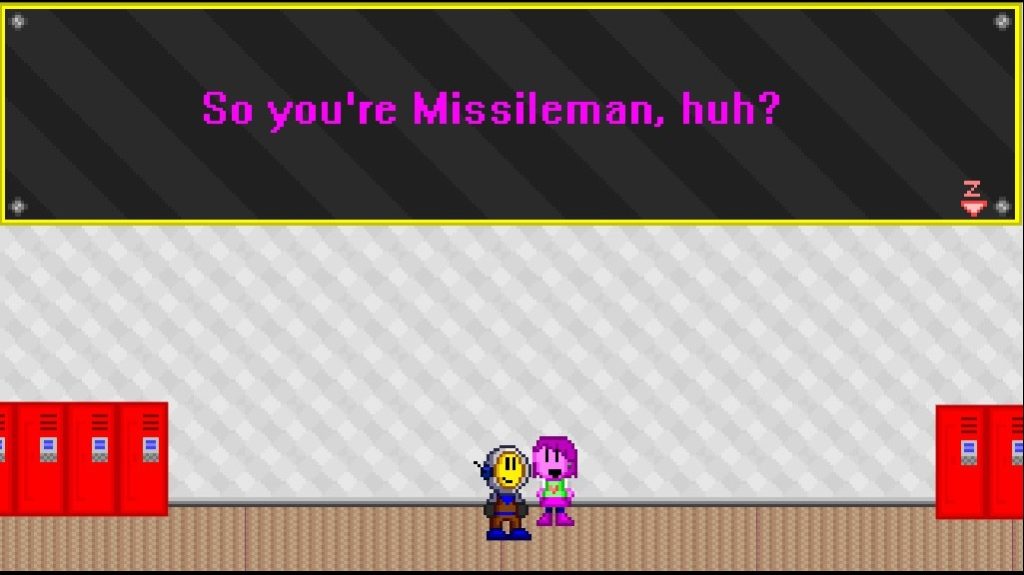 I reviewed Dynamite Alex a while ago, game from the same developer that this is from, so I was interested to see how he has developed as a programmer and taken the criticism that Dynamite Alex faced into consideration for his next game. His last game did have potential and he’s clearly a big fan of platformers, so I sometimes found myself wondering how this game turned out to be. I try not to compare these two games much during the review, but I will a bit, since most people who played DA and were disappointed might see how much this game is better in those areas.

First things first: I once again fall for the ”insta-quit the game when pressing esc” joke (it’s such bad feature that is almost awesomely funny) that I fell for with Dynamite Alex as well when trying to move on from the cutscene. This is becoming a running gag with his games.. After starting the game again, I’m free to move around my new school’s hallway. One big change I encounter immediately after gaining control of my character, I can talk to other characters that consist of other students and the school staff. They all seem to have unique dialogue, usually commenting on the events of the story but also some random (mostly enjoyable) ramblings of their own. I really like the developers’ sense of humor myself. Little puns here and there, being very aware of itself and the cliches of superheroes in general. I also liked how he paced the game, levels are like lessons and in between them we have a little time to breathe and relax, like on a recess talking with classmates. Nice little touch since the game takes place in a school. It also breaks the traditional level-after-level progression type that is normal for this genre. 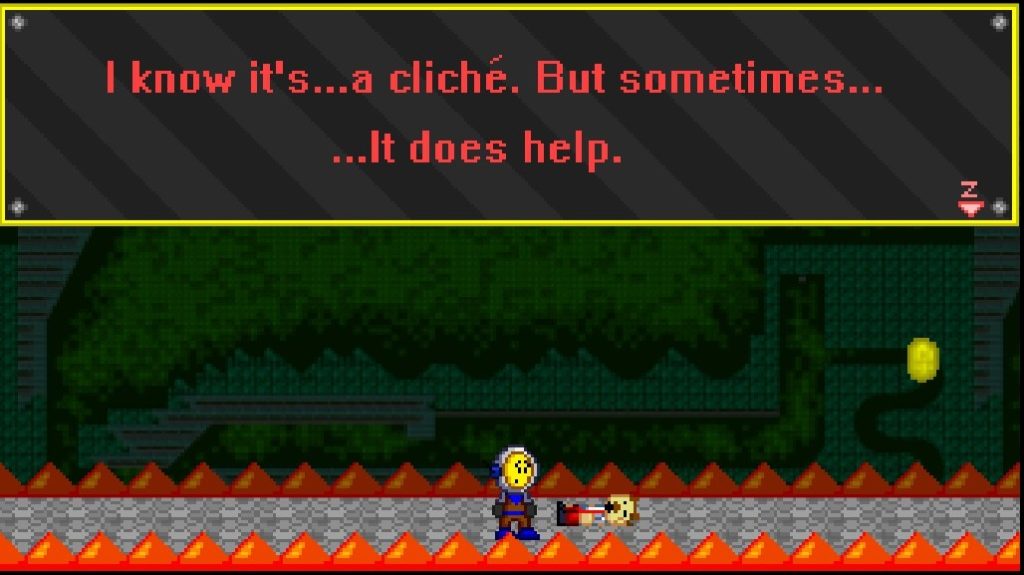 Gameplay is classic platforming. Moving sideways, crouching when needed to dodge projectiles and jumping. Jumping along the walls seemed easier this time around. Hard to say if it was a bit more polished or did I just get better, but it was definitely easier. Whole gameplay felt much smoother and faster in general. Just like old-time platformers were: fast-moving, jumping and dodging. The overall tempo of movement is spot on. Graphics are again reminiscent of the golden era of platforming games, and the general look of the game’s background design also fits into that category, could very well be some NES-game played on an emulator. Main characters’ facial expressions were also a nice detail to add. I didn’t have my controller at hand while playing this so I don’t know if there’s support for it, but don’t think keyboard was hard to play with.

Level design has also taken a huge step forward. His last effort had very straightforward and mostly uninteresting levels, we now have more alternate routes, secrets containing coins, destroyable blocks, trickier timing puzzles and overall more challenging levels that are fun to play.
We aren’t limited to levels that only go from left to right. There were a few spots with descending or ascending levels, with fun dodging involved. In addition to those levels, we also have a few that consist solely of flying and dodging various obstacles. I mentioned secrets, and yes, there are a few scattered here and there. Sometimes visible, sometimes totally out of view. You can also go outside the screen at some places by climbing a wall high enough and avoid a jumping puzzle altogether, or end up in a secret. The game didn’t give me any hint that I could actually go outside the screen, and that was a positive surprise when I stumbled out of the visible area for the first time by accident. 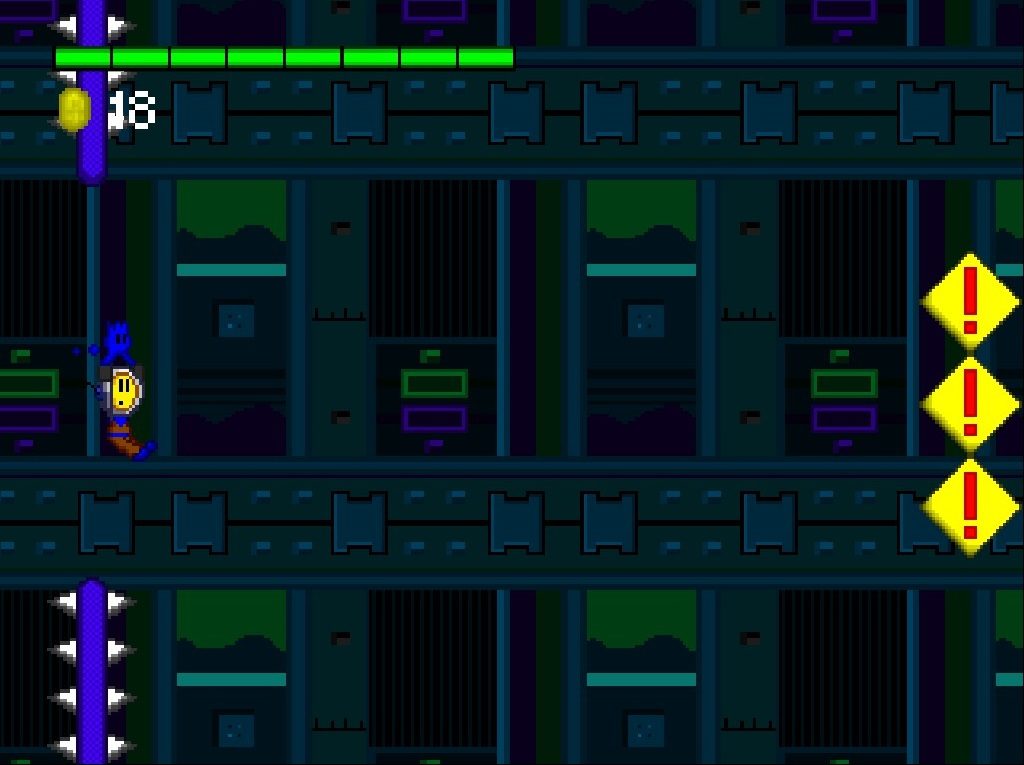 I saw a few familiar enemies from Dynamite Alex, but also a decent amount of new ones with new attack patterns. There still weren’t many enemies per level really, or maybe I’m just used to platformers like Contra where enemies are just food for your guns. It’s a matter of preference. Environmental hazards compensated for the lack of enemies, and this time it was more than just one little ball sprouting out projectiles in a few different directions. There were huge metal fans (sometimes a few in a row spinning at different speeds where timing was crucial to get past them), platforms that you needed to activate while jumping to the next ones that appeared only after you deactivated the previous ones (yep, in mid-air), and combo-jumping that spanned all directions, sometimes in tight spots with spikes all around you.

Health was plenty, and every 100th coin you collected, you got a part of your health back so the game isn’t too unforgiving even though there are a few tricky spots, and there is no game-over situation. You can always return to the last checkpoint, be it at the beginning of the level, or somewhere along the journey. It might upset a bit the hardcore players looking for a real challenge, but it’s good for us not-so-skilled ones, who are bound to die a few times on the trickiest parts of the game. I did encounter only one bug the entire time, got stuck in a wall again. Otherwise the game ran flawlessly.

Special mention to boss battles. they were also noticeably different from each other, and the rocking distortion-style guitar track on them was a pleasant change to otherwise empty soundtrack that the game offers. Nothing really that stays in your mind except that one track which surprises you the first time you hear it, so there’s not much to talk about the audio side. You’ve heard the weapon sounds in countless other platformers by now. The sounds aren’t bad, but nothing especially memorable either.

Yes! It stands at 1.99 at steam store at the time of writing. The game is short, but it’s fun. Well worth the price if you’re into platformers. If you played his previous game and felt disappointed like many others seemed to be, rest assured. This is a much better game. Simple and short, but sweet. Consider yourself redeemed Mr. Developer. This was a fun game to play through, and you delivered what was promised. I would be interested in seeing his future adventures. 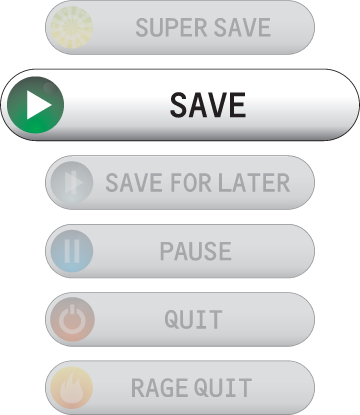