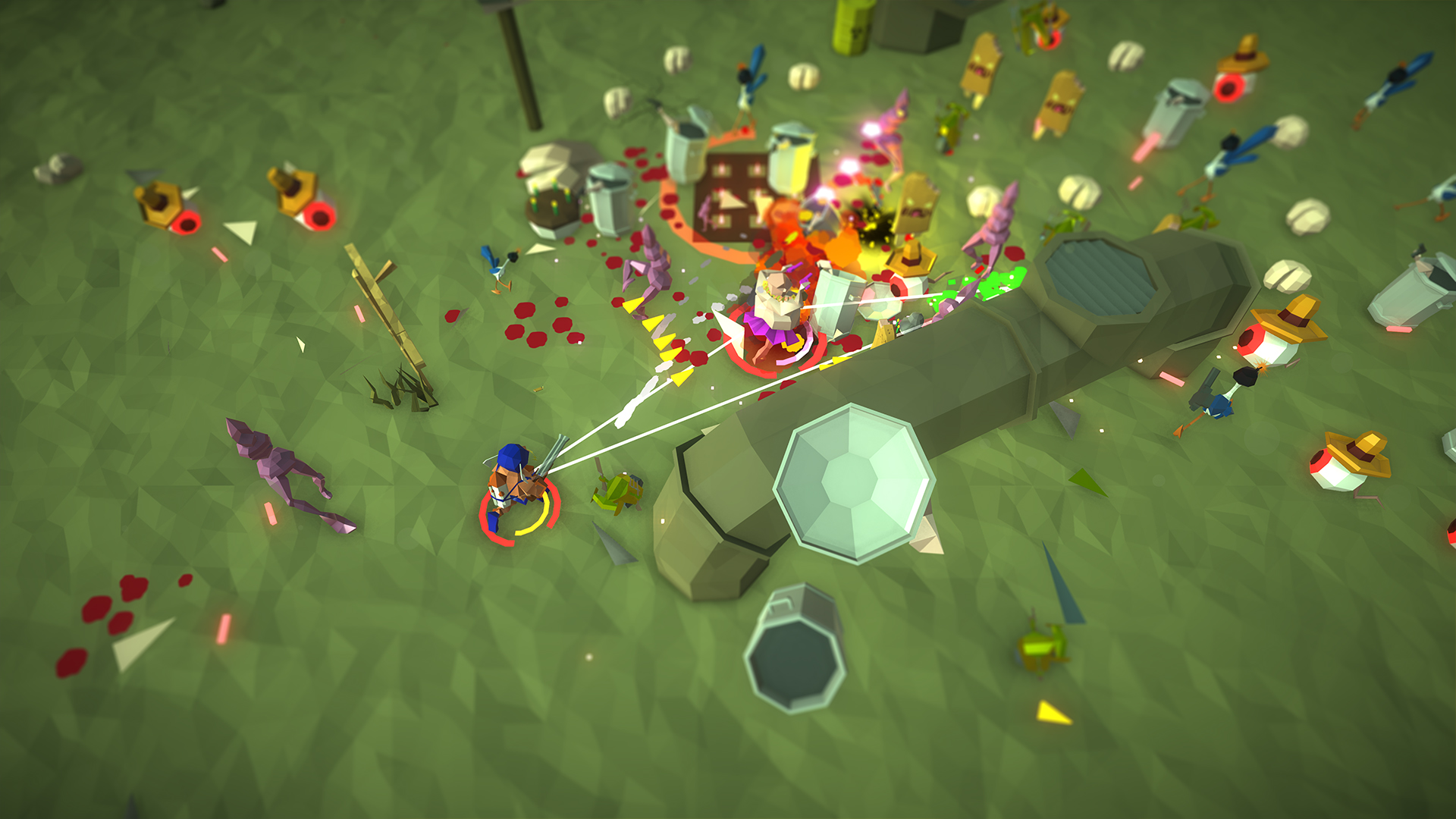 POLYCRUSHER is a fun indie shooter that is meant for playing with your friends in local co-op mode.

What is happening in the game:
You are trapped in a small map with your friends. Your objective is to join forces with them and destroy all the enemies that come your way. Those enemies come in waves that are getting stronger and stronger. After every few waves, you also have to fight the boss. 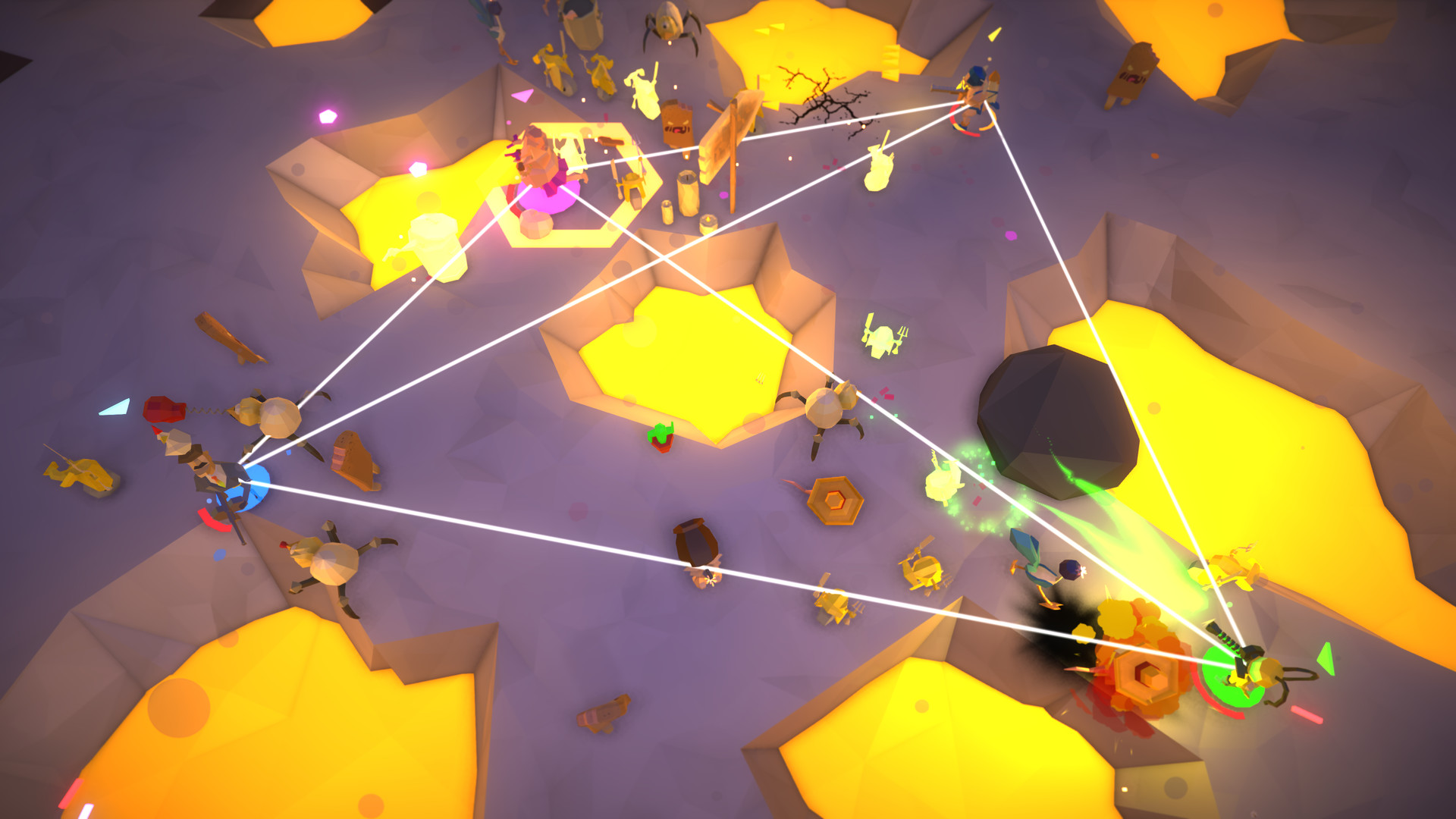 The final verdict:
Overall, this game is extremely fun and I recommend it to everyone who enjoys playing fun casual games that don’t demand a lot of thinking and dedication. If you’re playing with your friends, you’ll be enjoying the most, because you will be able to cooperate in ways that will make killing enemies more efficient. However, playing alone is also fun. There are different maps and characters, which increase variety and decrease boredom.
For 9€, I think that this game is absolutely worth its money. Despite having a few problems regarding achievements and the smartphone app, those things don’t ruin the gameplay at all.