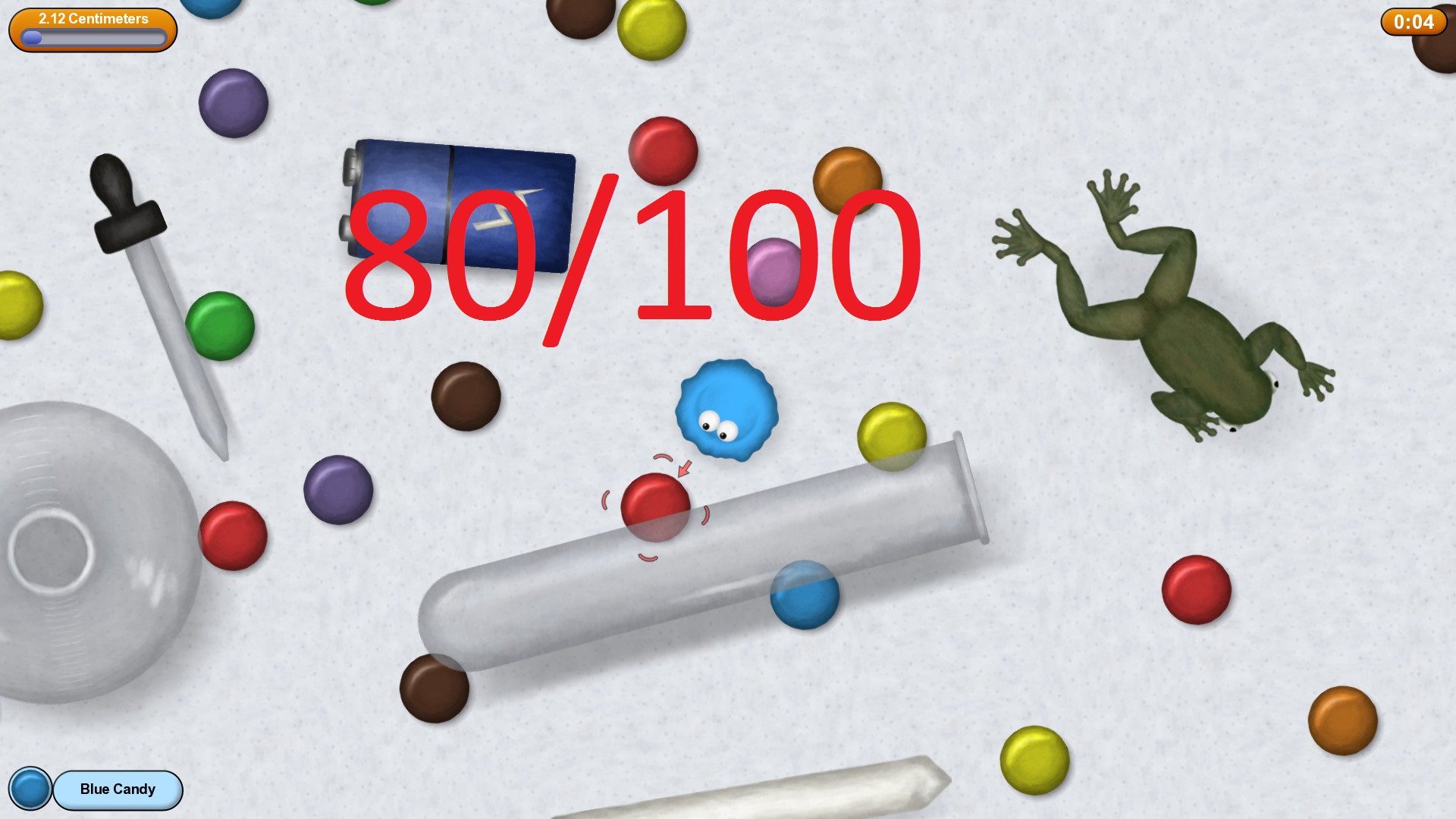 REVIEW: Tasty Planet: Back for Seconds 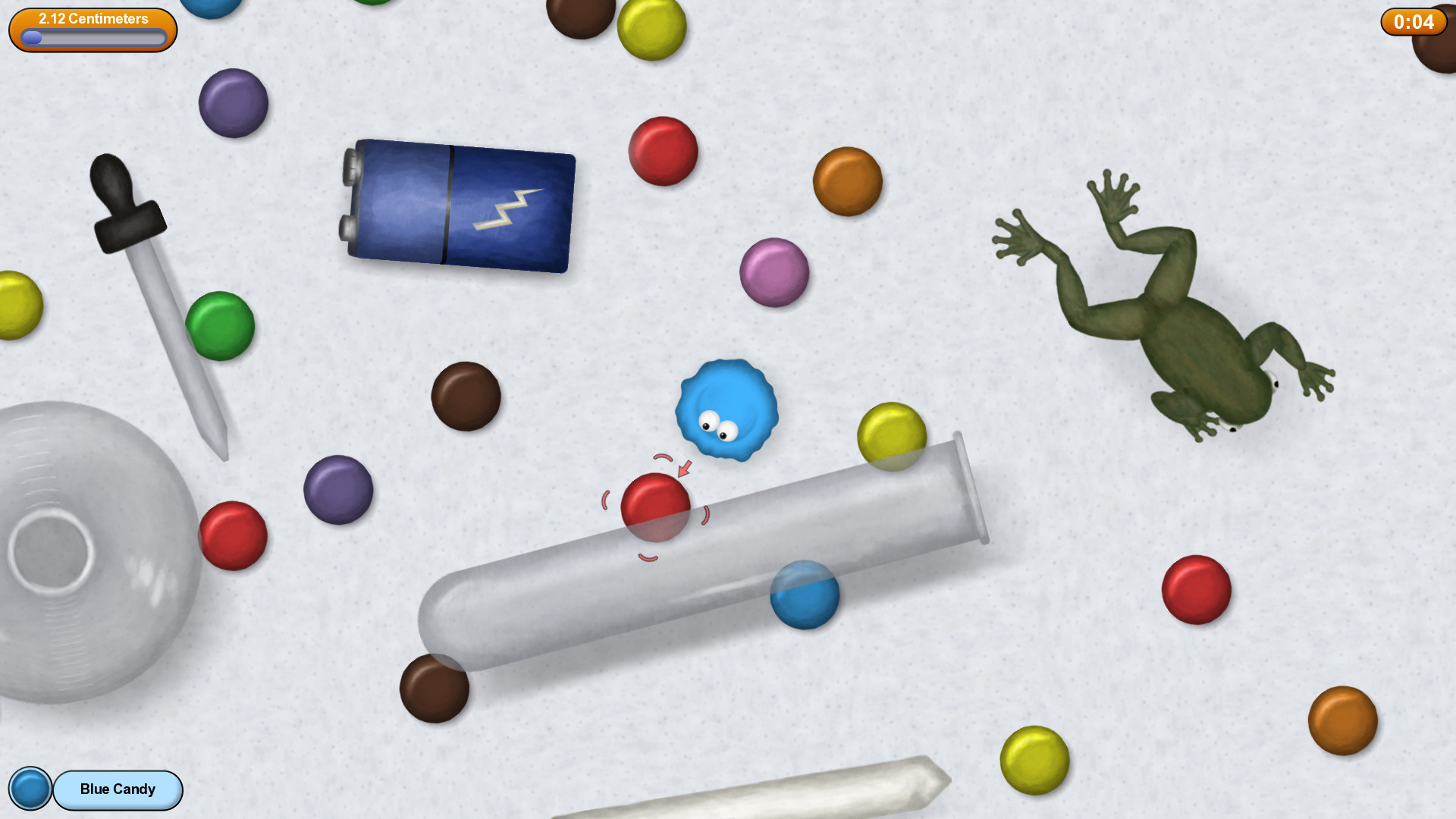 Every so often you come across a little Indie gem that grabs you by both ears and plants a giant smacker of a kiss on your forehead and a beautiful relationship develops between you. Tasty Planet: Back for Seconds is definitely one of those games.

Tasty Planet Back for Seconds is the sequel to Tasty Planet. You play as a small amorphous grey blob that, after being created accidentally by a scientist, escapes and jumps into a conveniently placed time machine, so off it pops to devour everything it can as it travels through various time periods of history; Prehistoric Era, Ancient Egypt, Rome, Feudal China and finally the future. 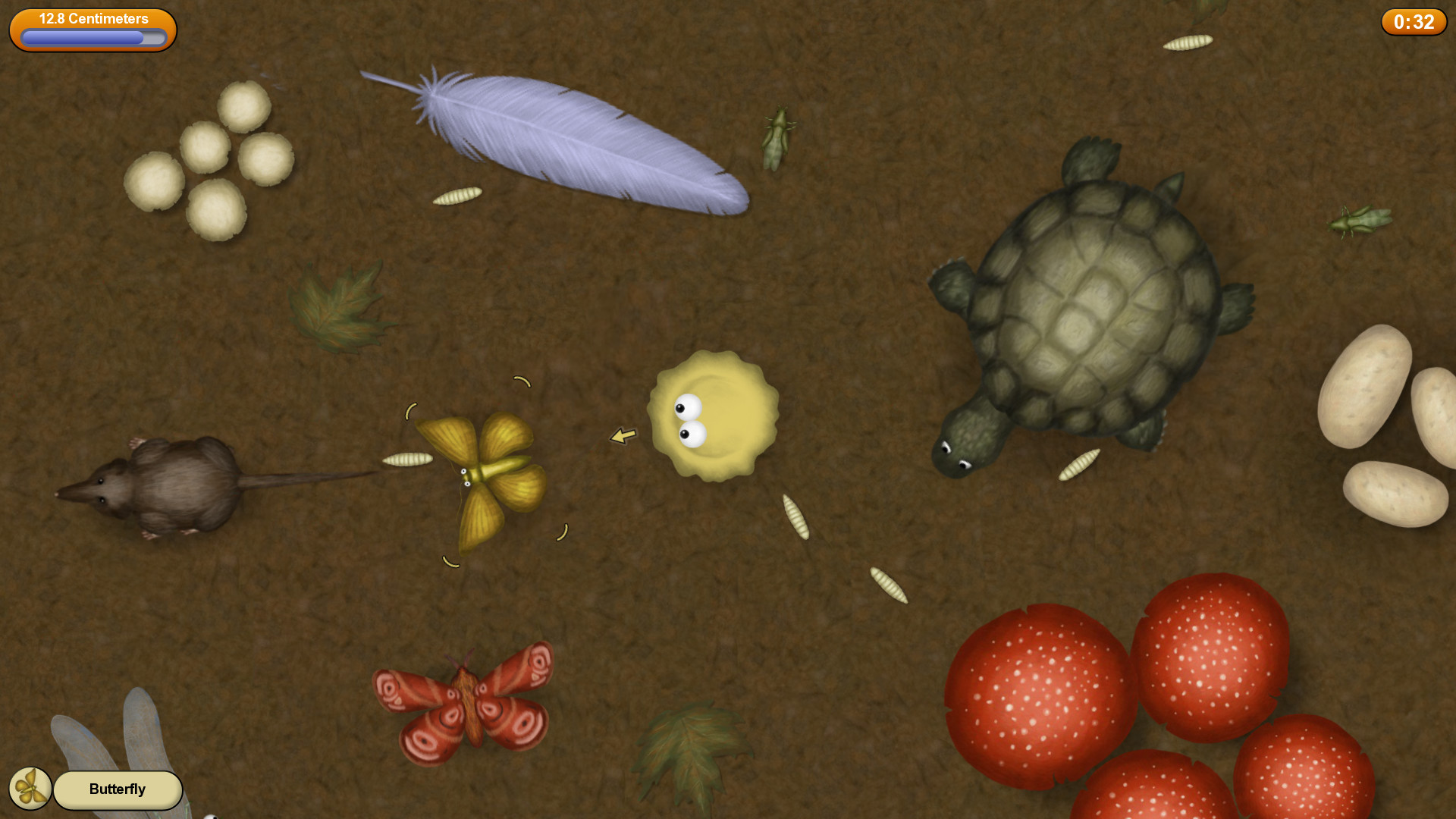 The premise of Tasty Planet is very simple. Move the little grey blob around the screen avoiding anything bigger than you and eating everything smaller than it. The more it eats, the bigger the blob grows; grow enough and the screen moves backwards revealing bigger things that it can eat. There’s a little size gauge at the top of the screen that shows you how big it is and how big it will need to grow for you to complete the level. However, it’s not unopposed in doing this. Some of the larger creatures will actively try to hunt the grey blob down and eat it. If the blob touches them it’ll lose some health, lose enough health and you’ll have to start the level again. Depending on how quick you complete the level you could be given a bronze, silver or gold medal.

If this tromp through time isn’t enough for you, there are a few bonus levels that you can unlock depending on your progress through the main game. These bonus levels often have additional challenges, like finite amounts of things to eat and hungry predators for example. 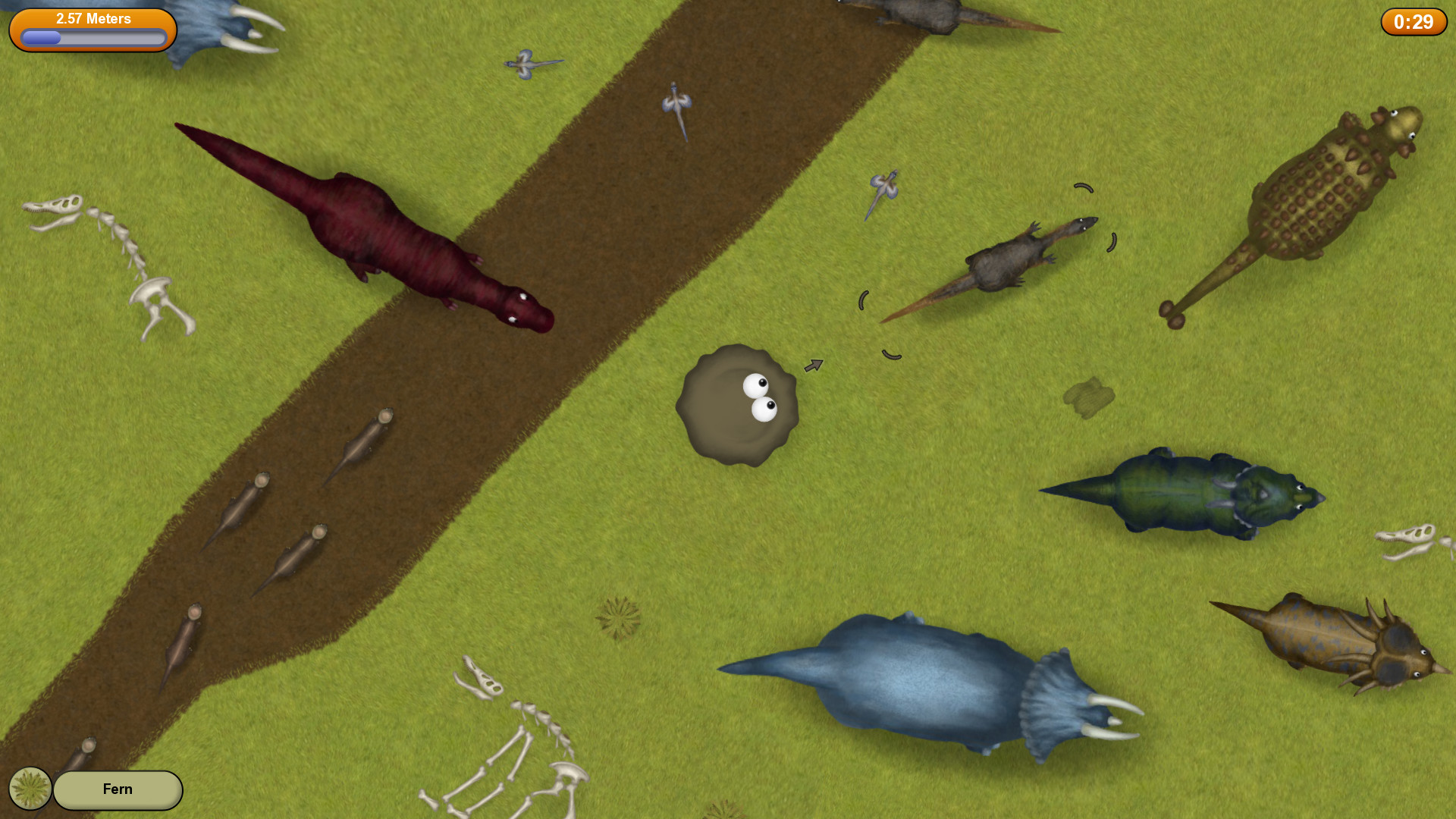 The control method is easy; your mouse moves the little grey blob around the screen. Move the blob into your prey to eat things. That’s it! Apart from using your left mouse button to select things from menus there are no other controls. Tasty Planet keeps things very simple but effective.

Graphically, Tasty Planet isn’t going to win any award for realism, but the cartoonish graphics, and bold colours are striking and effective. The protagonist is little more than a grey splodge with a face on it and the inter-level cut scenes are nothing but comic strips, but I’m not going to grade the game down for these because the entire package is perfectly fitting for this game. The childlike imagery within the game helps to maintain that bright and bubbly consistency throughout the game. 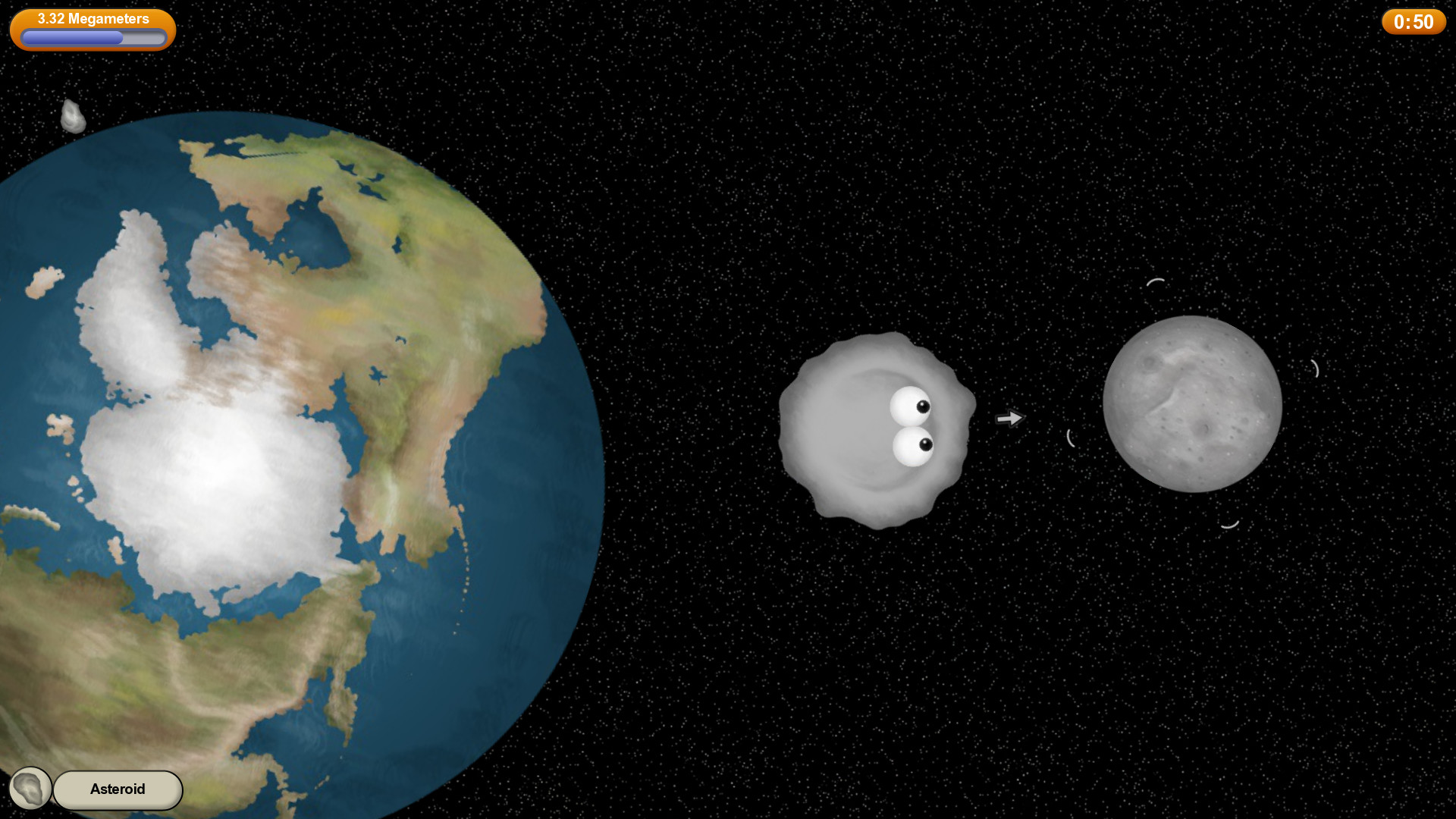 The difficulty of Tasty Planet: Back for Seconds depends on how many little gold medals you want to see, and how many of those bonus levels you want to unlock. If you’re happy breezing through each level, not caring how quickly you do it, then chances are you’ll find this game very easy, almost to the point of it being relaxing. The enemies are easily avoided and there won’t be many reasons to retry a level. On the flip side however, if you want to complete every level with a gold medal and unlock everything, then your time is going to be much harder. Getting gold on every levels requires knowing level layouts, spawn points and ideal routes. Some levels are near labyrinthine and are unlikely to be done to gold standard speed on your first try. 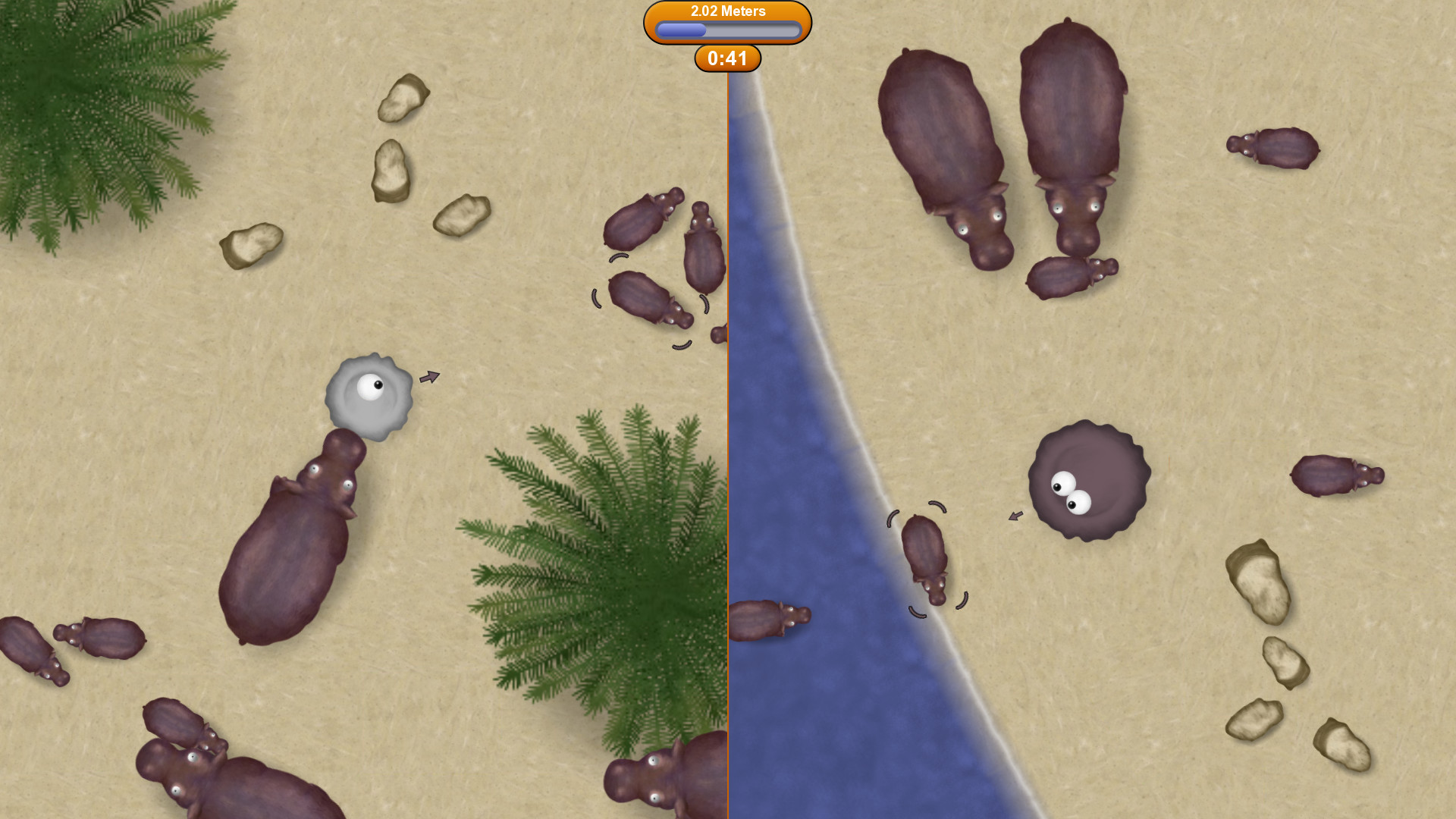 I’m a little surprised and pleased to say that I’m still going back to Tasty Planet: Back for Seconds. It’s got that little something that makes you want to go back. The levels are small, quickly completed and easily digestible, so you can dive in for a quick 5-10 minutes of gluttonous gaming joy. While there are still gold stars to achieve and bonus levels to complete, I can see myself going back to this game over and over again. I suspect that once everything has been completed, and unlocked there isn’t any reason to replay the game but there are very few games that can claim that anyway.

I love Tasty Planet: Back for Seconds. Maybe it’s because it reminds me of the Microbial level of Spore that I loved, maybe it’s even the concept of a microbe eating enough to grow and swallow dinosaurs, pyramids, and temples. Everything about this game is just what you’d like from an Indie game, it’s cute, quirky, simply controlled, easy to pick up, and very addictive. You won’t be playing this in a years’ time but it will fill every available 10 minutes for a few months.