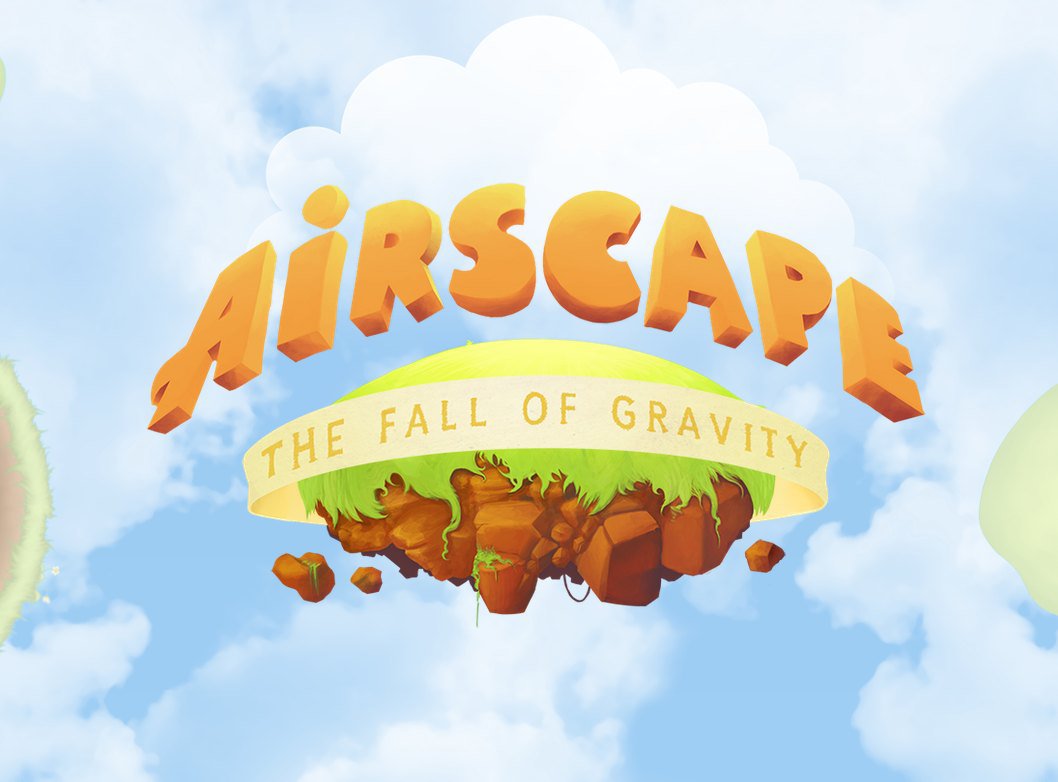 REVIEW: Airscape: The Fall of Gravity

Airscape: The Fall of Gravity is an action platformer game about an octopus lost in a strange and dangerous world, where regular laws of gravity simply don’t apply, and it’s sure to attain decent amount of attention from platformer genre fans. This indie title was developed by students from around the world, and its simple premise allows for the focus to be solely on the gameplay, rather than the story of a platformer game that really doesn’t need one. There is a story, but it’s simple and there just to exist really.

Airscape: The Fall of Gravity immediately lets player to explore its free-flowing mechanics in peacefull underwater environment as they take control over a orange octopus, the first one you will be able to play with. Already at this point all 360 degrees of movement radius are put to good use, as you find yourself able to manoeuvre in almost any direction within the water and get a grip on it. Controls may feel a bit clunky at first but actually they are excellently made.

The ease of free motion is short-lived, because some strange machines soon force their way violently into the once tranquil setting. At that point the game begins to unfold. Things rapidly take a turn for the worst and that strange machine sends all the lovely underwater beings shooting into nothingness, up and down, left and right, and also sideways and above. You get used to that momentum later on. Newly broken fragments of land and various landscapes show player the long journey they will have to undertake to rescue their fellow critters and restore their homes. 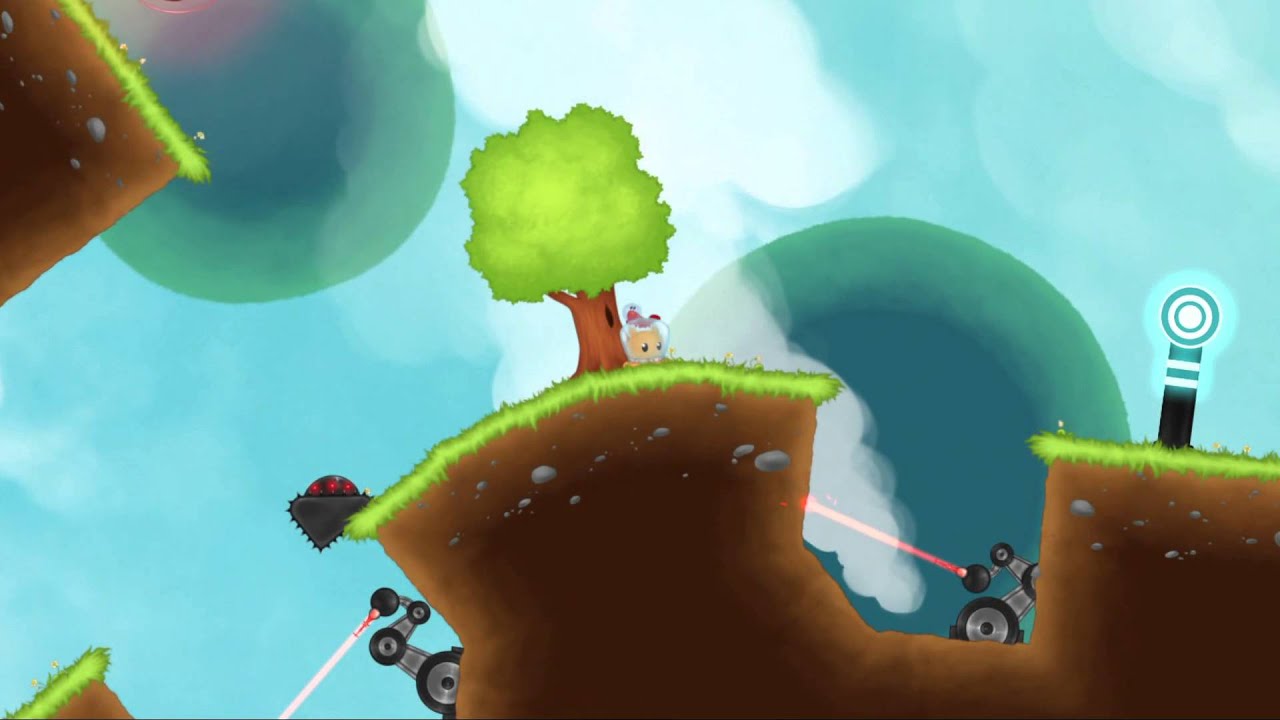 When you hit solid ground for the first time, the feeling is surprisingly familiar. As you may guess, you don’t stay there for too long. Soon enough you start floating around and defying the laws of gravity. Your little octopus is able to sprint, run and jump its way around the level, and even backtrack or spin around itself in all possible directions.

I often found that many sections of Airscape required a lot more thought than some classic side-scrollers and you really can’t rely on any kind of luck when progressing. Everything is thought-out perfectly and it’s up to you to step up to the challenge. There sure is alot, and I really mean alot of trial and error in Airscape, so it’s definitely a positive circumstance that level times don’t have an impact on any scoring in the game.

There is no score system in Airscape whatsoever, you progress along by means of gathering collectibles and thus unlocking future stages. Here, these take the form of a variety of sea-bound critters held captive by the mysterious glowing, circular machines. Guiding your octopus to the end of each stage is barely even half of the battle, and it’s in freeing these captive sea critters where the real challenge lies.

The machines themselves are not too happy about this recklessness, as you may guess, and will do everything to literary vaporize you or smahs you to pieces. Many enemies are presented in a form standard to platformer games – patrols. Although, there are many other things like mines, bombs, laser, or even falling laser-guided aircrafts that are out to get you. The gravity-based puzzles are extremely interesting, and the original mix of liquid and land plains makes for some snappy button mashing from time to time. Precision is everpresent, that is obvious from the very first level. The game really does require a careful eye for the most part, as it is simply impossible to just run through the levels. You can be sure of one thing – you will die thousands of times before finishing the game. Seriously, thousands of times.

At some aspects Airscape’s inovations really do extend far enough to make it a really great game, although overall floaty style can occasionally make it as frustrating as it is interesting. One thing I really regret is that you can’t kill off your enemies by any means. Sure, the game isn’t designed in a way that you could directly kill, but at some occasions it would really be a neat touch. For example, when you are being followed by a „robot“,let’s call it a robot, and at the same time laser-guided rocket is comming at you, and you do a crazy maneuvre where that rocket hits the robot and you somehow stay alive – robot is undamaged and mows you down. Shouldn’t be that way really. 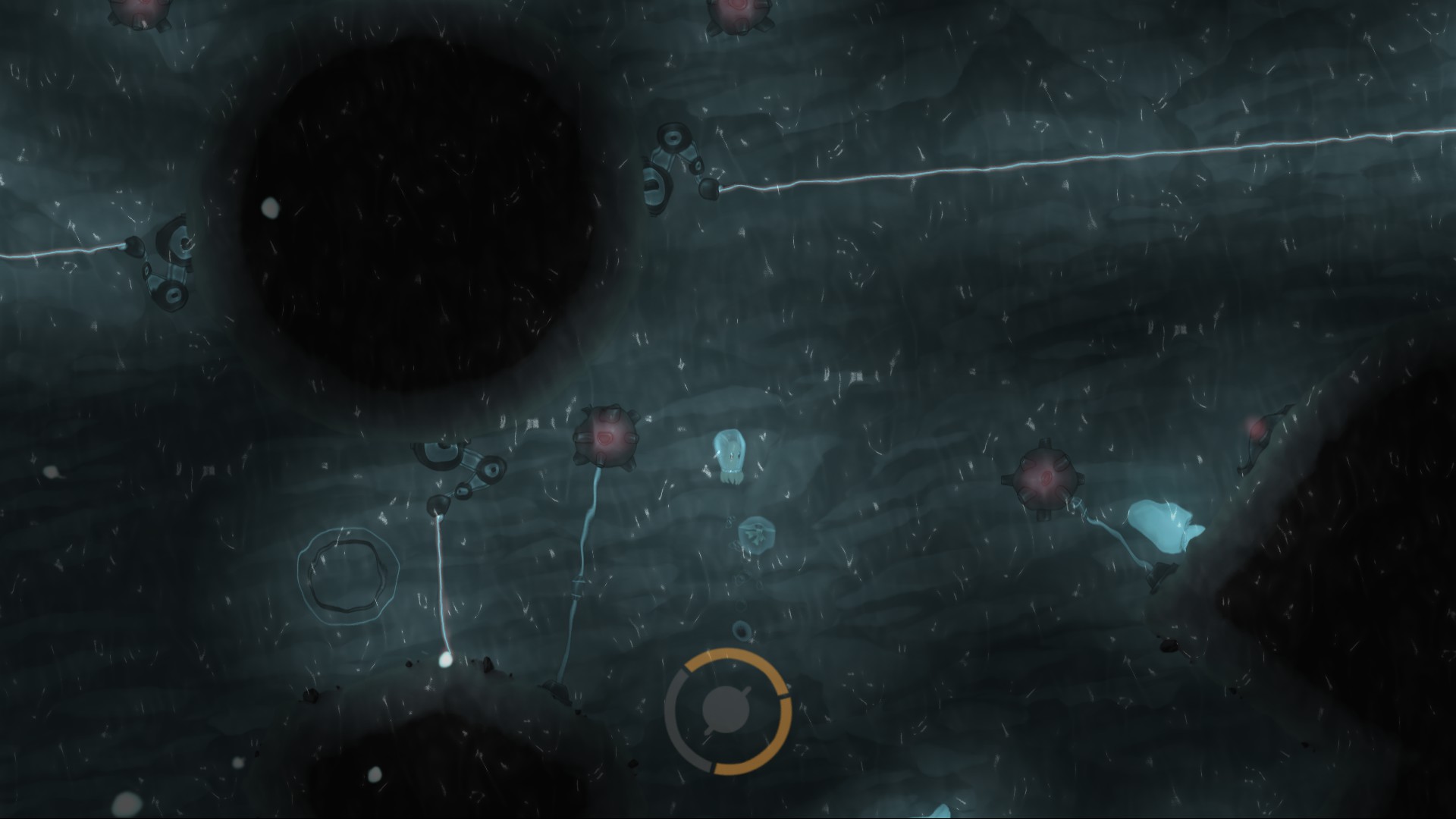 Airscape: The Fall of Gravity is a amazing example of platformer-puzzler game with a quirky premise and many interesting mechanics. I’ve personally been waiting for a challenge like this since the release of Super Meat Boy, some years ago. Its 360-degree view makes room for huge amount of challenging stages and unique gameplay. Those who stick with it until the end, or should we say – those who are skilled enough to actually finish the game, will definitely be in for a rewarding and different experience.