Clearly inspired by the classics of the 2D sandbox RPGs, RE:OZMA sports some interesting features but has a long way to go if it hopes to compete with the genre’s heavyweights.

Just about everyone has at least dabbled in Terraria and Starbound at this point. There’s a good reason for that, too: both are excellent games that are similar enough to be grouped together but different enough to exist as a unique experience. I still fondly remember each and every playthrough of a variety of versions of both titles and they still come up often in conversation with friends. RE:OZMA seems to be trying to bring about something similar, though I’m not particularly optimistic or hooked at the moment.

RE:OZMA offers some ideas that could offer a compelling new experience in the genre if they are implemented well. Unfortunately, I’m unsure whether they are an improvement or not as of yet due to the game’s particularly rough state. Upon entering the world, you’ll take on the form of a fireball that’s equipped with a powerful mining laser. Both of these details lead to the first noticeable differences between this title and its peers in the genre.

The fireball is the initial form that you take after surviving the Big Bang. It isn’t particularly impressive in and of itself, but it doesn’t have to be; it’s a stepping stone to future transformations that offer useful perks… and this is where it gets weird. You modify your own capabilities and appearance by acquiring and equipping yourself with the body parts of dead creatures as you scavenge them during your adventures. Yes, you’re basically an abomination of stitched-together corpses and you draw strength from it. As strange as it is, it caught my interest more than anything else and I’m curious to see how deep this system gets as development progresses. At the current time, character progression is limited to these transformations, loot, and research (which is steadily increased by performing related actions). 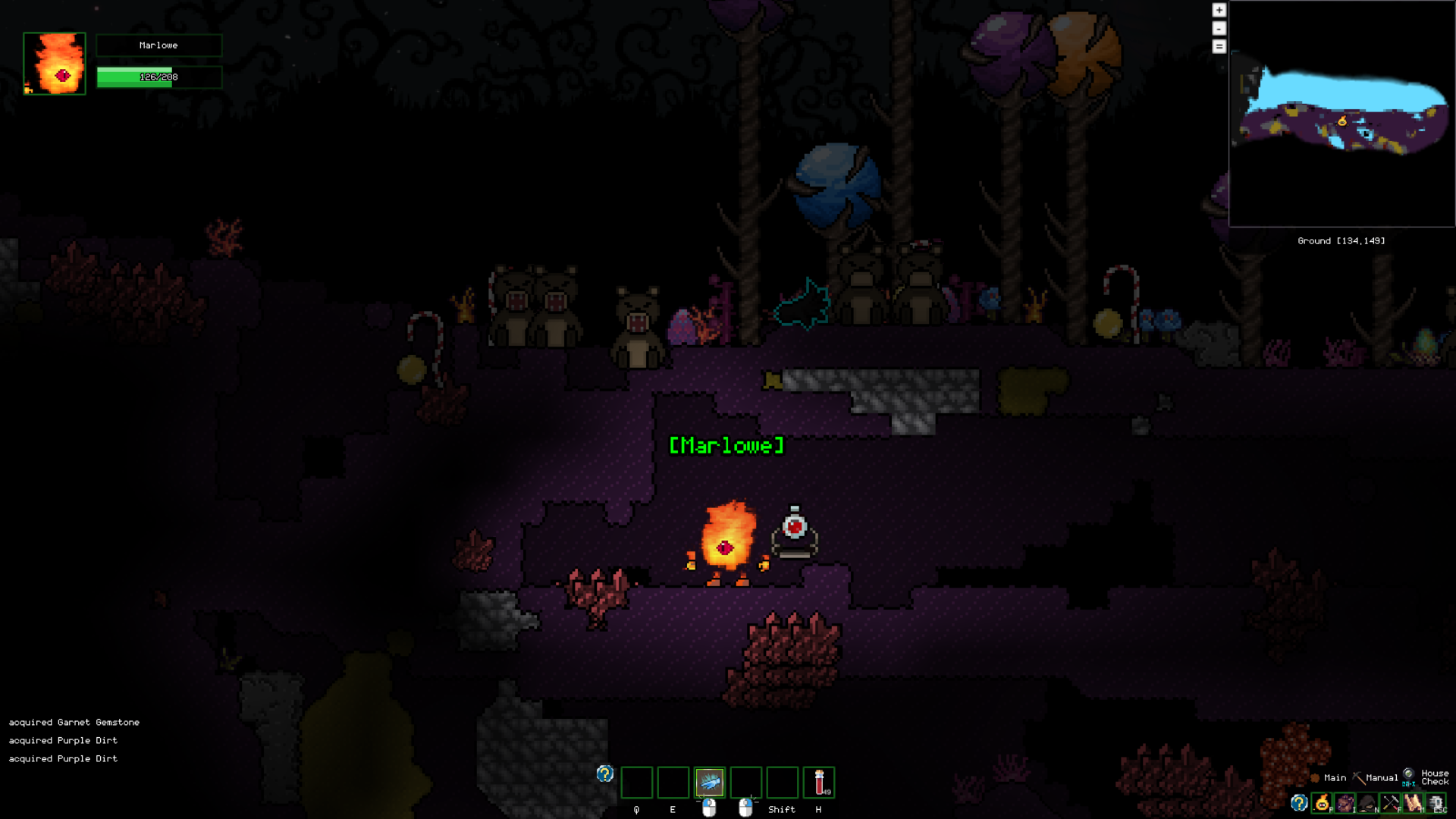 The mining laser and starting abilities caught me off-guard as these capabilities seem more like something that belongs in the mid-game, but the developer very well may be trying to cut out the early grinding by skipping to the more exciting parts. That’s my theory at least. The mining laser is a double-edged sword as it quickly destroys large chunks of terrain from a distance while dealing solid damage to enemies, often both at the same time which can be problematic. It’s no simple pickaxe, that’s for sure. Entire trees and veins of ore are yours in mere seconds instead of requiring gruelling labor and time. Double-jumping is also yours from the start, which while useful, makes me wonder why it’s thrown in right off the bat. Neither of these hold a candle to the fireball bullrush, though, as this move allows you to tear through both enemies and terrain at breakneck speed, leaving destruction in your wake. The design with these starting abilities is certainly bold, though it leaves me wondering what the overall vision of a fully released RE:OZMA is. 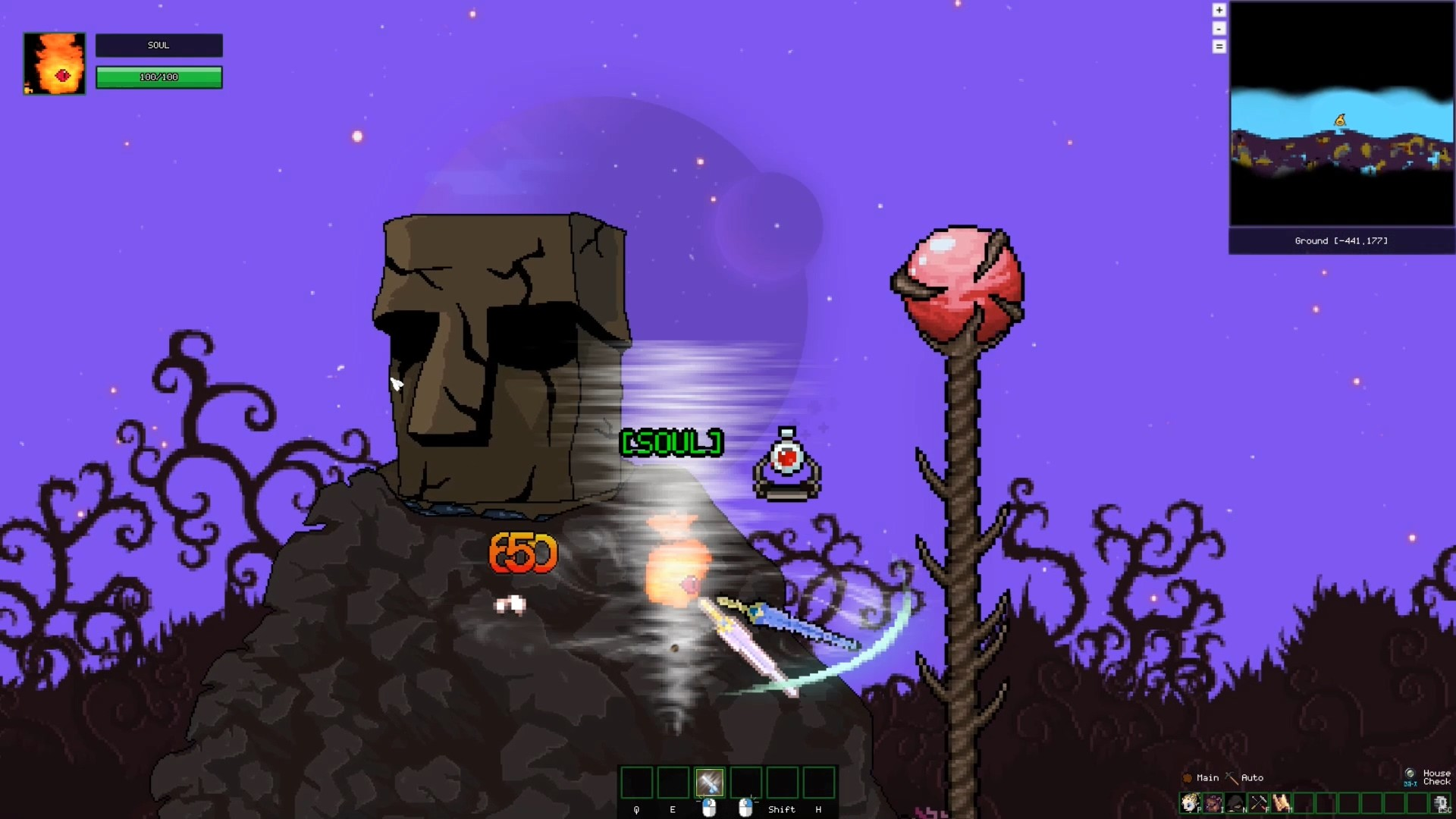 What Could Be Improved?

RE:OZMA is in a very Early Access state. I struggled to play it and each session felt more like work than a recreational activity. In short, this means that there needs to be a lot of improvement before I’m willing to give it any more of my time.

To begin with, nothing is explained and everything outside of the basic controls is unintuitive. I spent most of my time wandering around trying to figure out what I could or should be doing, which is not at all a good sign when it comes to someone who’s been a fan of sandbox adventure/builders since Minecraft. It didn’t help that you’re swarmed by spawning enemies from the start and their hordes are composed of angry bears and violent candy. Yes, candy.

The game’s atmosphere is acceptable for the genre. The music isn’t bad and the graphics are tolerable, but the lack of a solid game serving as a foundation makes them stick out as yet another element of RE:OZMA that doesn’t impress. 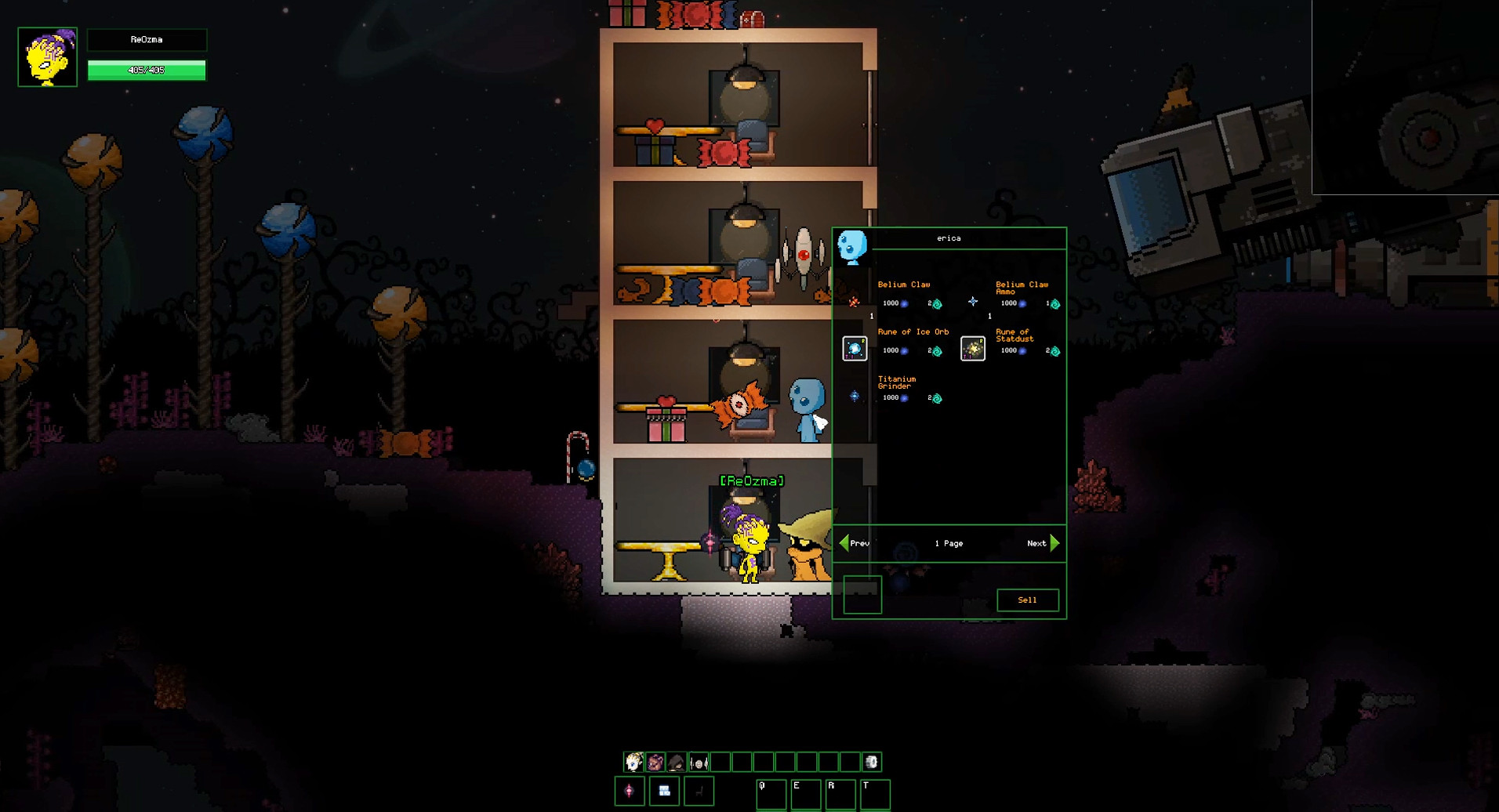 The only way that I could see someone picking this up currently is if they’re so in love with the developer’s vision that they want to support it without getting much in return at the moment. I was never pulled into this title to any extent and there’s nowhere near enough content, excitement, or explanation for me to get hooked to any extent. This is one that I’ll be keeping an eye on but giving a wide berth until there has been a significant amount of improvement.