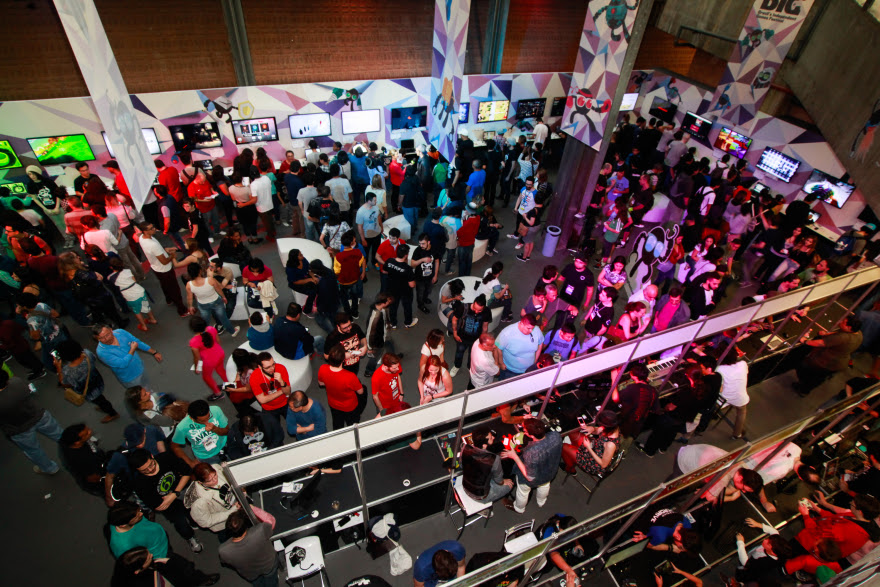 São Paulo, May 17th, 2017 – The largest independent games event in Latin America, BIG Festival, has announced today the finalists for the fifth annual Brazilian Independent Games Festival international awards competition, revealing a list of 45 nominated titles. The Chilean game The Deadly Tower of Monsters, by developer ACE Team, grabbed the highest number of nominations within four categories, including Best Game. The winners will be announced on June 29th at the award ceremony at Centro Cultural São Paulo, Brazil.

This year, BIG received 617 submissions from 54 different countries, and more than half (321) were developed in Brazil. A board of professionals, specialized in the video games and digital entertainment industry, has chosen the nominees. PC games have dominated the submissions, with 57,7% of them, followed by mobile games, representing 31,6%.

Besides competing for the Best Game award, The Deadly Tower of Monsters is also running for Best Art, Best Sound and Best Latin American Game. Necrosphere, by Brazilian developer Cat Nigiri, is the Brazilian title with the highest number of nominations: Innovation, Best Gameplay and Best Brazilian Game, in which the company also competes with another game, Keen.

Best Brazilian Game award winner will receive, in addition to the cash prize, a sponsorship to participate as an exhibitor in Casual Connect USA 2018, taking place at Disneyland Resort, California, and a paid  advertising campaign on IGN Brasil worth US$ 16.000 / R$ 50.000. Last year, the Best Brazilian Game award medalist was Starlit Adventures, by Rockhead Games.

In 2016, Horizon Chase, mobile racing game developed by Aquiris Game Studio, won the Best Game Award category, and has since received recognition from video game critics and gamers across the world.

More about BIG Festival
Apart from disputing the main competition, Brazilian games that are still in development will also compete on the BIG Starter, which will announce its finalists later this month. National games can also be highlighted on the BIG Booth, which will gather the 20 best Brazilian games that did not make it to the finals and will showcase them to the public on the exhibition floor. BIG will have other side events, such as the BIG Business Forum, more than 80 sessions and MatchMaking with the presence of global investors and buyers, BIG Impact, initiative dedicated to projects which promote positive impacts on society; BIG Virtual Reality, offering a lineup of presentations about the trends and new technologies that are inspiring the creative industry; BIG Venture, dedicated to entrepreneurship, with startups and investors, to unite the creative industry with technology and investments; BIG Careers, dedicated to the training and employment of professionals; and BIG Play the City, a special lecture about a more interactive city through videogames, transforming urban spaces into ludic spaces and the new BIG Anima Business Meetings, the solidification of a partnership with the world renowned Anima Mundi for the generation of business, aiming to strengthen the industries of videogames and animation in Brazil.

Check out below the complete list of the BIG Festival finalists:

About BIG Festival
BIG Festival (Brazil’s Independent Games Festival), the first festival and market focused in the independent production of videogames in Brazil and pioneer in Latin America, aims to strengthen the independent production of games in Brazil through professional training and exchange of experiences, establishing itself as a business hub in Latin America for national and international game developers, and now also for animation with the introduction of BIG Anima Business Meetings, a partnership between BIG and Anima Mundi. The event’s program include activities for game professionals and others open to the general public, including BIG Business Forum, BIG Impact, initiative dedicated to games with a positive impact, BIG VR, BIG Ventures, BIG Anima Business Meetings, BIG Careers and BIG Play the City.