A nice horror games for those who love bears… with a knife.

Camp Sunshine is a horror RPG Maker game about a camp with the same name. Play as Jez, a young teenager that is new to the camp, and figure out what happened to it on your first night while trying to avoid a killer bear on the loose.

Camp Sunshine is set on camping grounds at night setting. Buildings and lodgings are made of wood to give the camp-like feel with forests surrounding them. Despite the overuse of the same-looking sprites, building interiors still look different because of their design composition. Some rooms might look similar to each other, but there is usually a thing or two that differs to make it not repetitive. I am most impressed with the map though. It is so detailed to give accurate info of where you are located by placing your position on it.

The story is told through diaries that are scattered on the camp. A small part of the backstory of what was happening to it will be told after you collected each diary, letting you know of 10 stories in total. The transition between the story and gameplay is done well to make you not get bored with them. The story is bite-sized and interesting enough to follow, and although it is predictable, I still liked the ending. It is told beautifully to give that heartwarming feeling while still leaving enough mystery for a sequel.

The game is mostly focused on fetch quests. The quests will be spread throughout the whole camping grounds that you need to explore with a limited light source while avoiding a killer bear that is looking for you with their lovely knife. There is also a map that can help you to traverse the vast map easily. What I liked about the exploration is how you can explore the areas and solve the quests in any order that you want.

Although the main camp is quite easy to traverse because of the map, the game has three extra areas that can be confusing to traverse. People who tend to get lost in dungeons will have trouble exploring these areas and the limited light source might hinder them from seeing anything. However, you can always use a flashlight to expand your cone of vision. Personally, I didn’t have trouble navigating through the areas, although I admit that I got lost a bit. 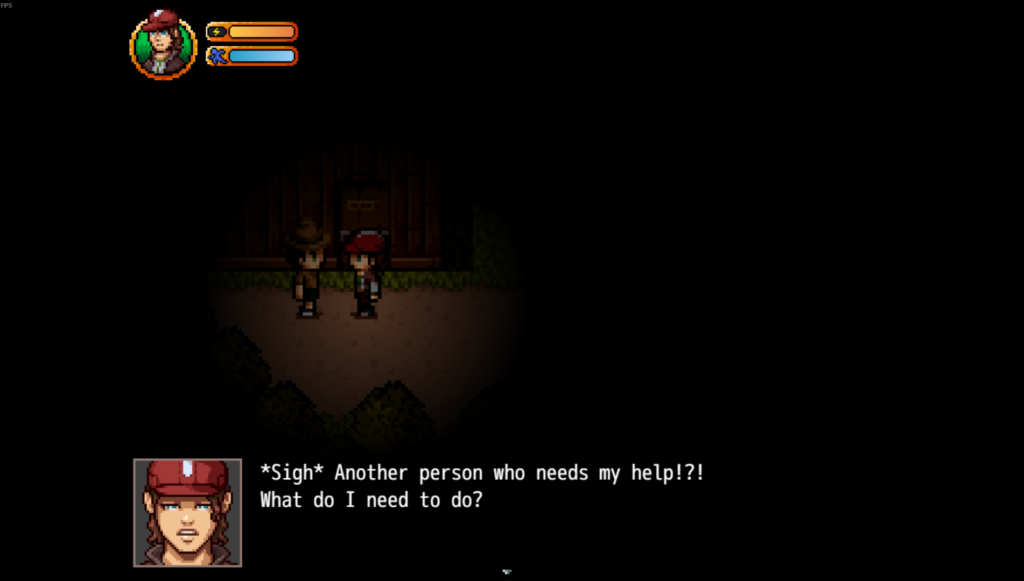 The bear will spawn everywhere, instantly teleporting near your location if you spend a long time in it. The sudden appearance of the bear might freak you out, especially since you won’t know where they are coming from. This makes it hard to dodge, especially if you are outside. There were a lot of occasions when I was running away, only to be greeted with the bear in the direction I was running to. Moreover, it’s hard to tell when the bear despawns. I ended up looking for a building to enter to despawn it whenever it comes out.

The indoors aren’t safe from the bear either. The bear will suddenly be teleported to a room, forcing you to exit the building to despawn it. However, sometimes they will spawn in a spot that blocks you from reaching the exit. Luckily, it takes two hits to kill you, and the bear will instantly disappear after the first hit. The bad thing is, your health-restoring item is limited. I only found ~10 in my playthrough, and I’m sure I already got most of them. 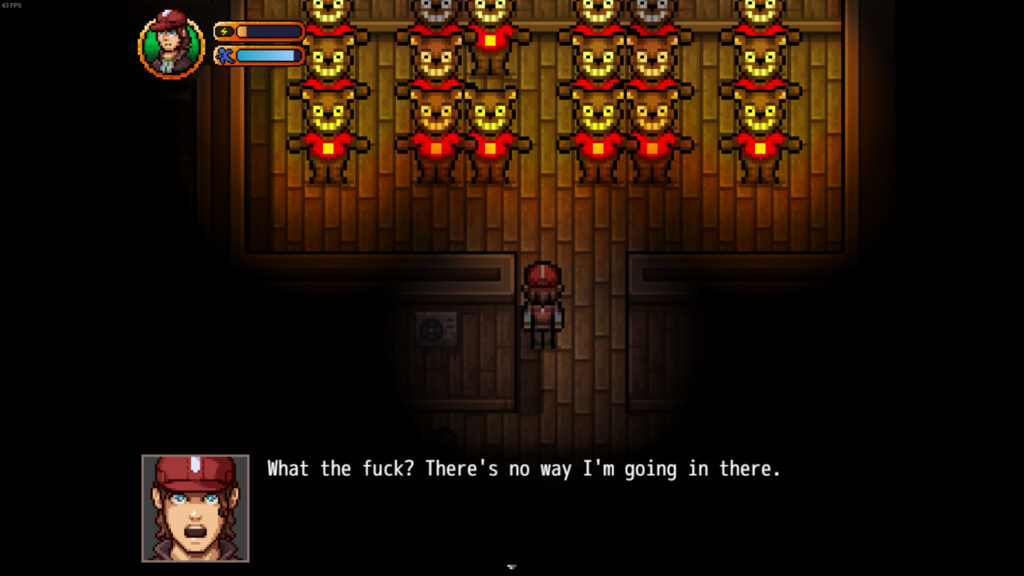 The maps make it easy to find where you are supposed to go. You’ll be able to see where you can find most key items and quest givers after you talked to them for the first time, saving your time from remembering them. Several shortcuts are also available throughout the camp to make your traveling easier. The fetch quests are usually fairly simple where you have to bring a certain item from another place back to the quest giver, although there is a tricky one that requires you to think a bit.

Two puzzle sections are also included in the game. They are not too hard, although you still need to think a bit to solve them. It’s nice to see the variations besides the fetch quests in the game. 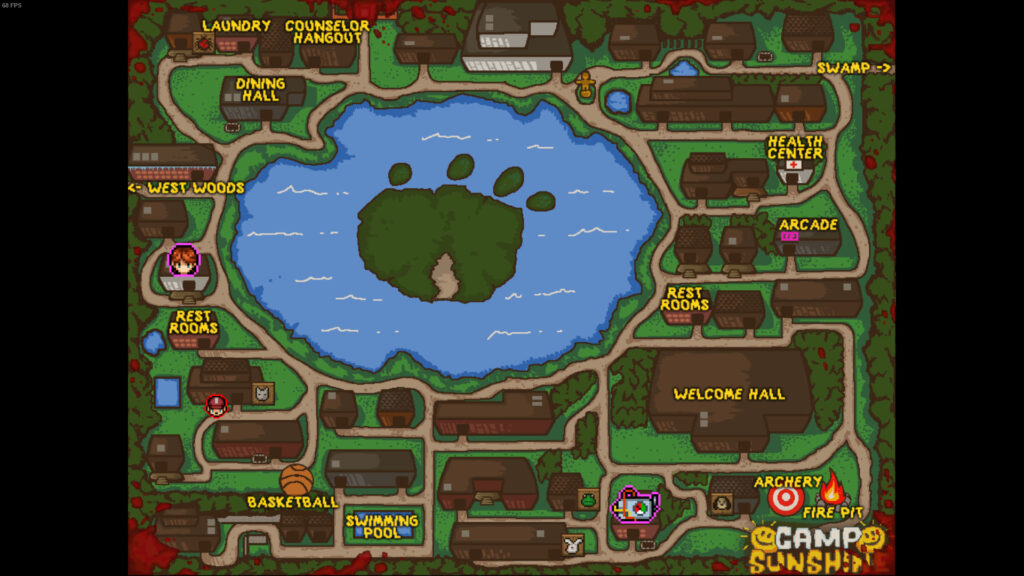 I finished the game in 2.8h in normal difficulty. There are 3 difficulties, although I’m not sure what the difference is. I didn’t find any trouble in finishing the game except for one quest that is not related to the fetch quests. Since all quests aside from that one require you to fetch some objects, I thought that this particular quest requires you to do the same, which is not the case for this one.

The limited light source might be problematic to some people, but I found that the light source is quite big. You can also expand it with a flashlight, although you have limited batteries to use it all the time. Personally, I played most of the game without a flashlight just fine. There might be some times when it’s easier to have a flashlight on, but you can always save it for these occasions if needed.

Camp Sunshine makes me rethink my impression of bears, especially those that have creepy smiling faces. The appearance of the bears always surprises me, making me freak out for an exit. The story itself is decently made, and the game has a lot of effort put into it. The most obvious one can be seen through the animations on the cutscenes: they look smooth and well made for a sprite game.

I enjoyed my time playing Camp Sunshine. However, since the game is very short, you might want to buy it at a sale instead. You won’t regret the purchase though if you like to play horror games and don’t mind the numerous fetch quests.