A remake of a point-and-click game with entertaining dialogues to read.

Edna & Harvey: The Breakout – Anniversary Edition is a remake of a point-and-click game with the same name, featuring a girl with her bunny friend that wants to escape from the asylum. In it, you have to plan an escape with your fellow inmates and figure out why you are there in the first place.

The game allows you to play the game with both original and remake visuals. I only saw the original visuals a bit when I tweaked the setting, but the visuals seem to be improved from the traditional art look to a digital, cartoonish-looking one. There is one animation that doesn’t seem to be remade into a better version, but the transition isn’t that obvious in the first place. Characters and backgrounds blend nicely with their same style, making it easy to focus on the story.

As a game that is placed in an asylum, it’s obvious which kind of people that you’ll interact with. The guards might look sane at first glance, although they still have traits that make them unique on their own. You might want to pay extra attention when talking to the other patients too. Their problems and sanity help to give color to the dialogues.

All dialogues are voice dubbed. Some character might exaggerate their voice, but it wasn’t happening that often. The dialogues themselves are funny, yet unexpected at the same time. It was nice to see how the story unfolds, especially after knowing well of the characters’ traits. 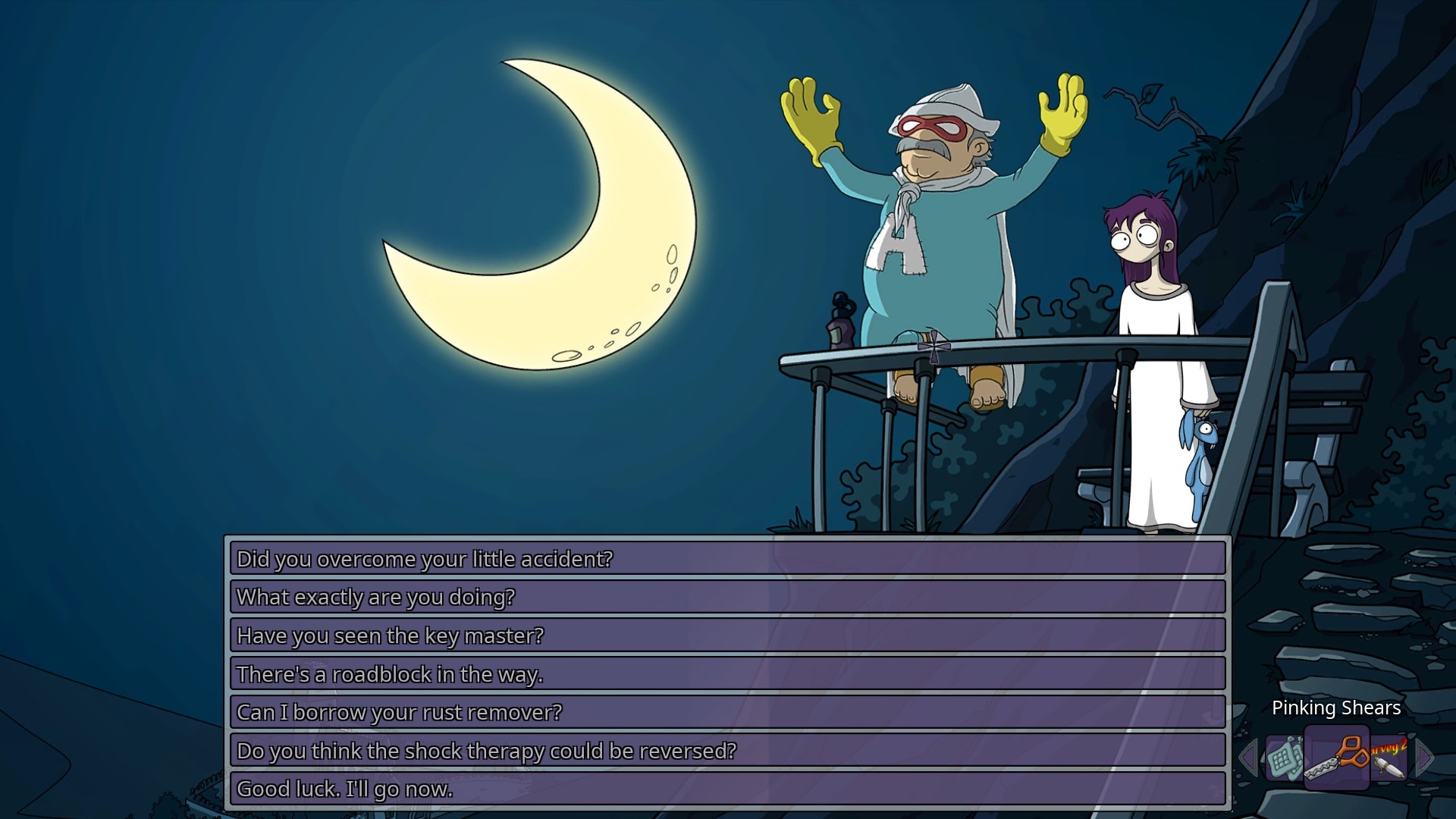 Despite being a point-and-click game, the way to solve problems are a bit different from the other games in the same genre. You don’t always have to use an object to another object to figure out a solution. You need to think about the solution in a broader term, figuring out other characters’ characteristics and items that you possess. However, since the solution isn’t obvious, it’s easy to get stuck. It’s not rare when I found that I couldn’t find anything more to do after exploring all available locations since I didn’t know that I could do something from the items that I have gathered.

Traveling around areas takes time, whether it’s due to the animations or the events that unfold whenever you do something. Trying out some solutions might require you to go back and forth several times, wasting a lot of time in the process. It wasn’t fun to get “punished” like this whenever you are trying to figure out what you need to do. 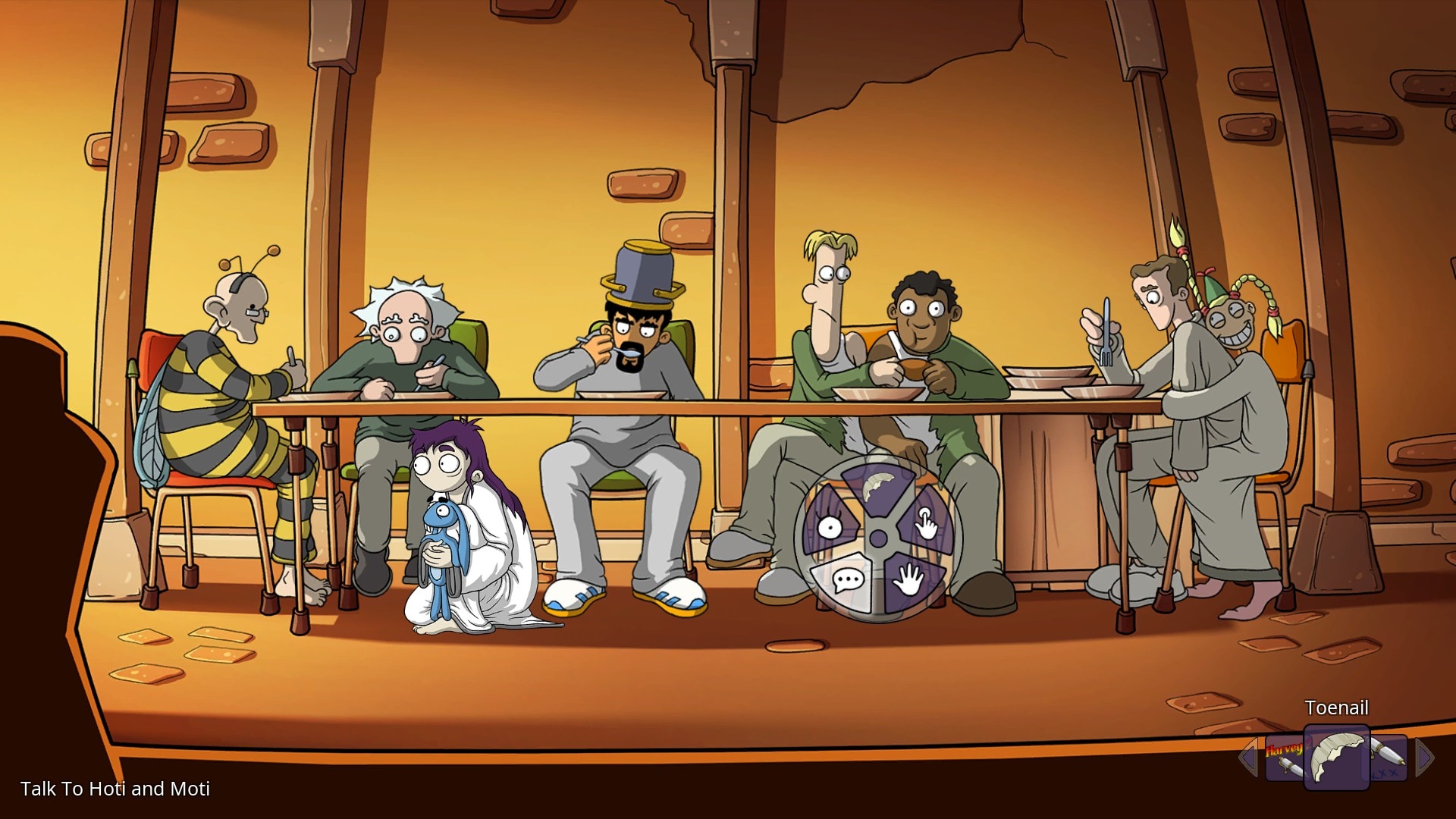 I finished the game in 7h after experiencing both endings. There is no difference in the endings apart from the dialogue at the end, so you can always save the game before the story branches and load your save to experience both endings. I admit that I got stuck a lot when I was trying to figure out the solutions though. You need to think out of the box to solve them, and sometimes, things are not as obvious as you see. However, it was satisfying whenever you execute a plan flawlessly and figure out how to solve the problem yourself.