Boredom in a Tropican paradise! It simply is not possible…is it? I am quite sure El Presidente is all the fun you need.

The Tropico series is one that I have a difficulty saying no to, El Presidente doesn’t actually allow me to say no. So, when I heard he was holding a Festival I knew I just had to partake. Unfortunately, I found the island very boring this time around. Boredom is good thing though, very peaceful. No strife, no rebellions, no one has the motivation to do anything to oppose El Presidente. No pollution either since all the industries shut down due to boredom too. That should make the Environmentalists happy, but they appear to be too bored to notice. With this being a DLC of a game I previously reviewed, I don’t want to be boring by commenting on the UI, Graphics or Audio in any great deal because they are unchanged.

It seems boredom has come to Tropico. Let’s wind back time a little bit to get an idea of what’s going on. The pesky superpowers, in this case the Allies, came to Tropico and demanded we provide them with our resources so they can stop the Axis. The Axis seems perfectly fine to us here in Tropico, but the Allies made a persuasive argument composed mainly of veiled threats. We reasoned since we are exporting the goods anyway, why not humour the allies and sell to them. Their demands were great, but Tropico is greater! We mined deeper than we ever mined before in order to get all the resources the Allies demanded. Life is good in Tropico! Resources are plentiful! The Weather is nice. The ominous dark cloud creature is…wait ominous dark clouds in Tropico? Boris, the personification of boredom, was released due to the excessive mining. The result was his quickly shutting down industries with overwhelming boredom. Fortunately, the very annoying fellow known as Funhouser has a plan to combat the boredom, Festivals! 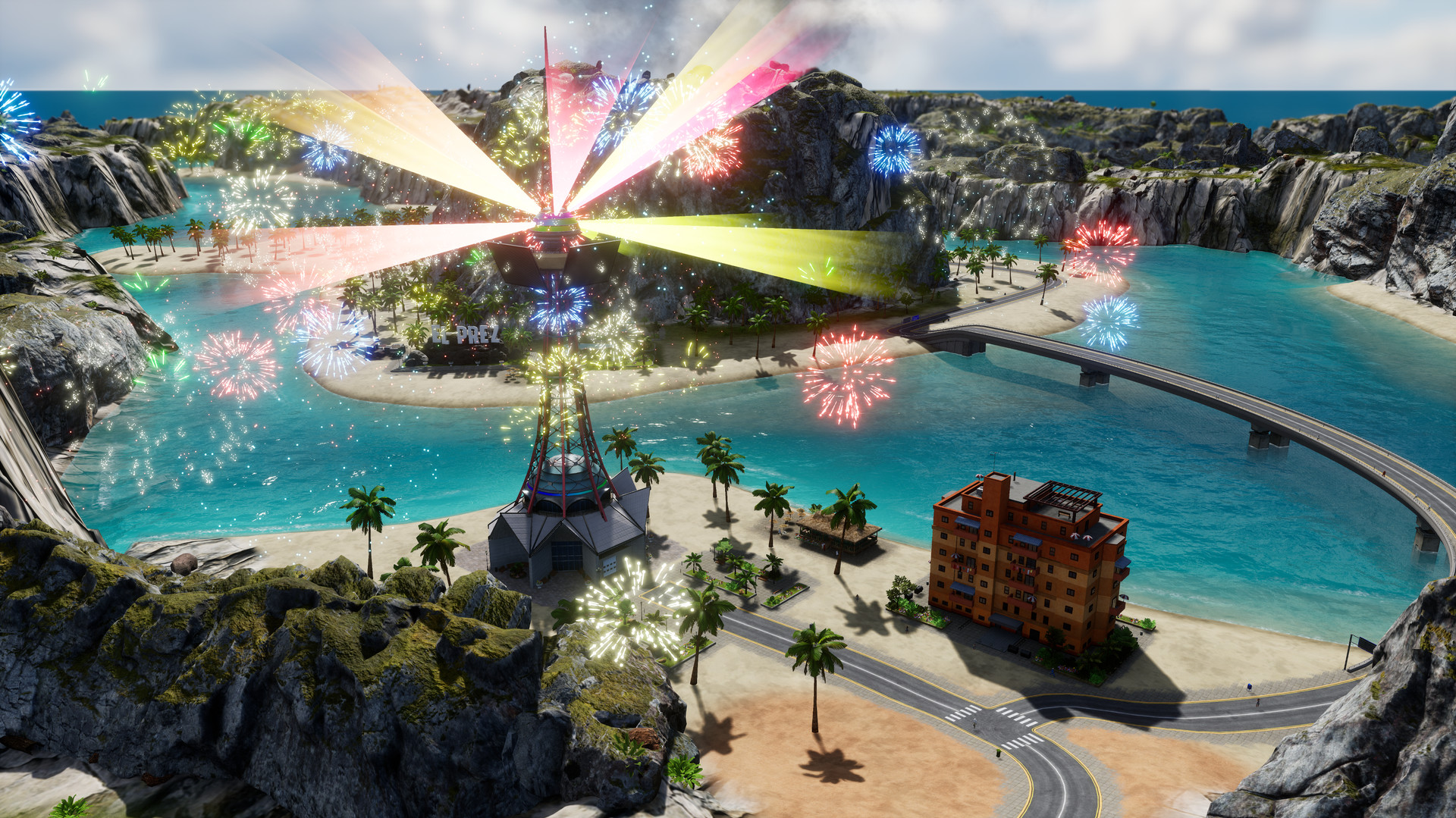 Tropico 6: Festival has a new five map mini-campaign for you to enjoy as you combat the boredom. I liked the new mechanic idea, but having to deal with it over five maps, with the second and third being particularly troublesome had me getting a little frustrated at times. The basic concept is that boredom is spreading through Tropico, and anywhere the boredom touches shuts down. The second map has your mines being targeted, which means that many of your industries probably are being deprived of resources. This in turn means your export potential is reduced. This of course means your money supply is also being impacted so you may end up in a downward spiral where you can’t afford anything and have very little chance of recovering the round. You can temporarily clear the boredom away with a festival, but it takes time to recharge your ability to have a festival. It can be particularly troublesome if your industries or plantations that fuel the festivals happen to get caught in the boredom and you don’t have the funds to relocate them. I am a little embarrassed to say I did have to retry the second map. The third map was a bit more interesting. You started off with a well-made city and while at first the boredom seemed to creep back in your town, repeatedly hitting it with festivals seemed to eventually make it stay away permanently. The boredom not in your city seemed to only need one dose of festival to clean it up. The fourth map was much easier than the prior two, and the fifth map didn’t deal with boredom circles until late game but had more of a doomsday clock feel. I will admit in the fifth map, things were not looking good for El Presidente, money was running out, popularity was low (not by design, I just was doing kind of bad). Fortunately my space mission (yes Tropico has the ability to go to space, yes it is possibly coconut powered) found space gold that was worth $500,000 and S$50,000 so I was able to build and (not) bribe my way back to the top! 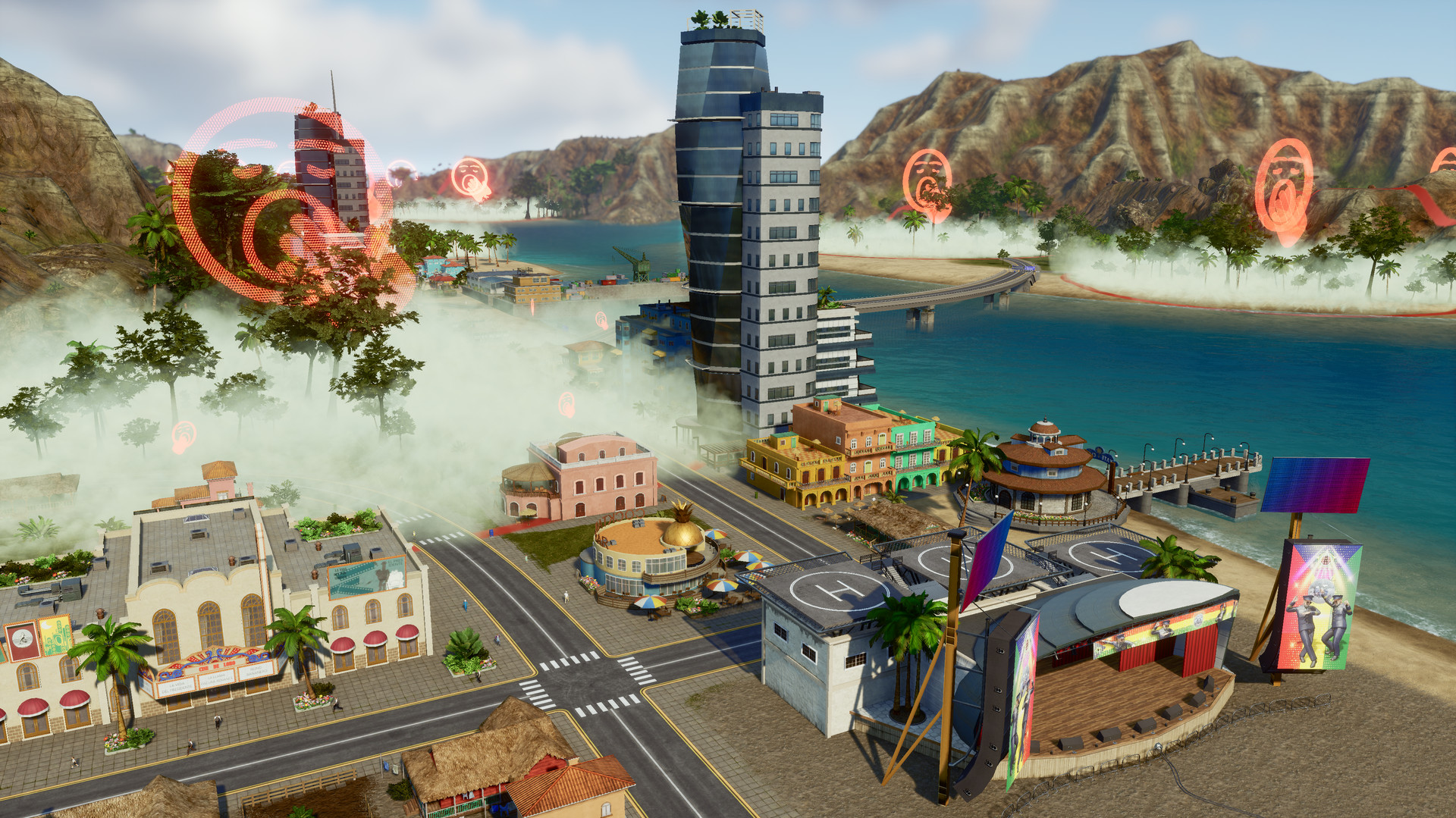 I am going to level with you, is this the best DLC ever released for Tropico 6? Probably not. I actually found it to be an annoying mechanic that detracted from the experience; however, I am still glad the attempt was made. It did shake things up and made for an interesting campaign story. My suggestion on how to fix the annoying nature of the mechanic is simply rather than completely shutdown the operations touched by boredom, have them slow to a crawl, maybe 5-10% production. That way you can still slowly refill the festival tools regardless of your financial status. The references to Doctor Who, Back to the Future, and Darkwing Duck among others were welcome and fun. The character Funhouser was annoying and very cliché, but he was meant to be. He is more or less the embodiment of an annoying Youtuber/TikTok drawn out introductions. Something that the person thought was fun and interesting but wears thin very quickly. Honestly though, Funhouser is perfect for his role and despite the fact it almost made me wince/cringe when he appeared on my screen, I feel like he wouldn’t work with any other style of personality. Boris was also perfect, his slow almost monotone voice was quite boring to listen to, so once again the voice acting was spot on. 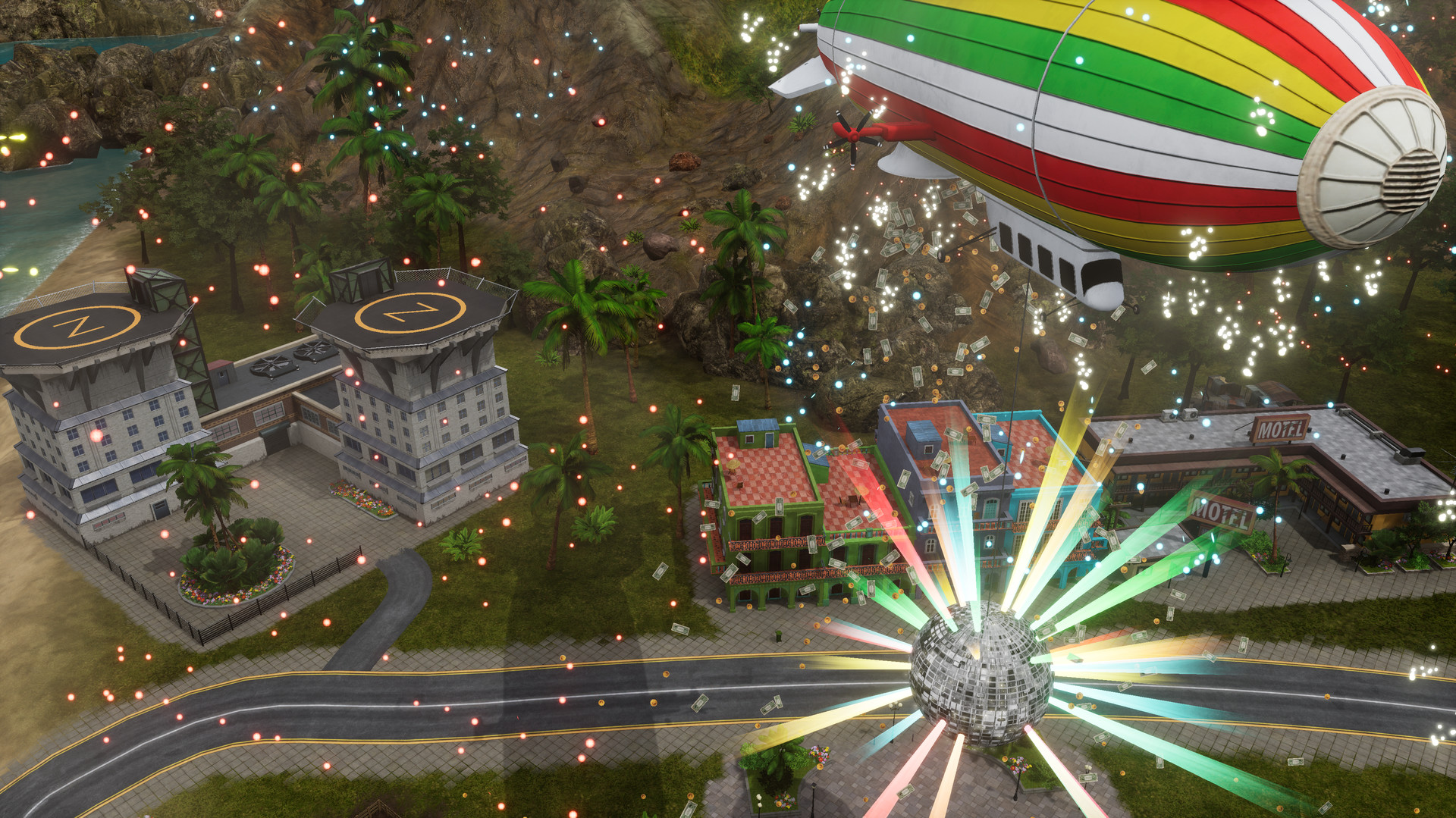 Let’s talk more about the festivals and what else the DLC brings. There are three ways to start a festival. The basic festival grounds allow you to clear boredom from a small area as well as boost production (if you choose an appropriate theme for the festival). The game tells you what each festival will boost, so there is no guess work there. There are balloons as well that can travel a distance and have festivals at parks anywhere on the map clearing boredom and providing the festival bonuses. Lastly there is a concert stage which oddly enough can also broadcast anywhere on the map and can tag three gardens to clear the boredom around and provide the boosts around. All three utilize balloons and fireworks to put on a show of epic proportions (epic as defined by Tropican standards, the only standards anyone should use). Fireworks burst in the air, music starts pumping out and it’s hard not to get into the spirit of things due to how much money your extra production will bring you or how much more love people will have for El Presidente once it is over. The new industrial buildings are therefore the fireworks factory and the balloon factory in order to fuel the festivities. You can adjust the inputs they use to produce their respective items based on what is available. The broadcast tower is a bit of a gamechanger and I am not quite sure if it is overpowered or if I just got lucky. Putting down a broadcast tower and starting a festival with it causes people to realize their great love of El Presidente which can turn an election around or can bring in copious amounts of money especially if you had unlimited knowledge as your disposal (thank you space missions!). The dance studio teaches people to dance which can be entertaining for the Tropicans and the ticket booth sells tickets to the events. I can’t recall if there are any other new buildings in the DLC, but even if there isn’t that is quite a few new ones. 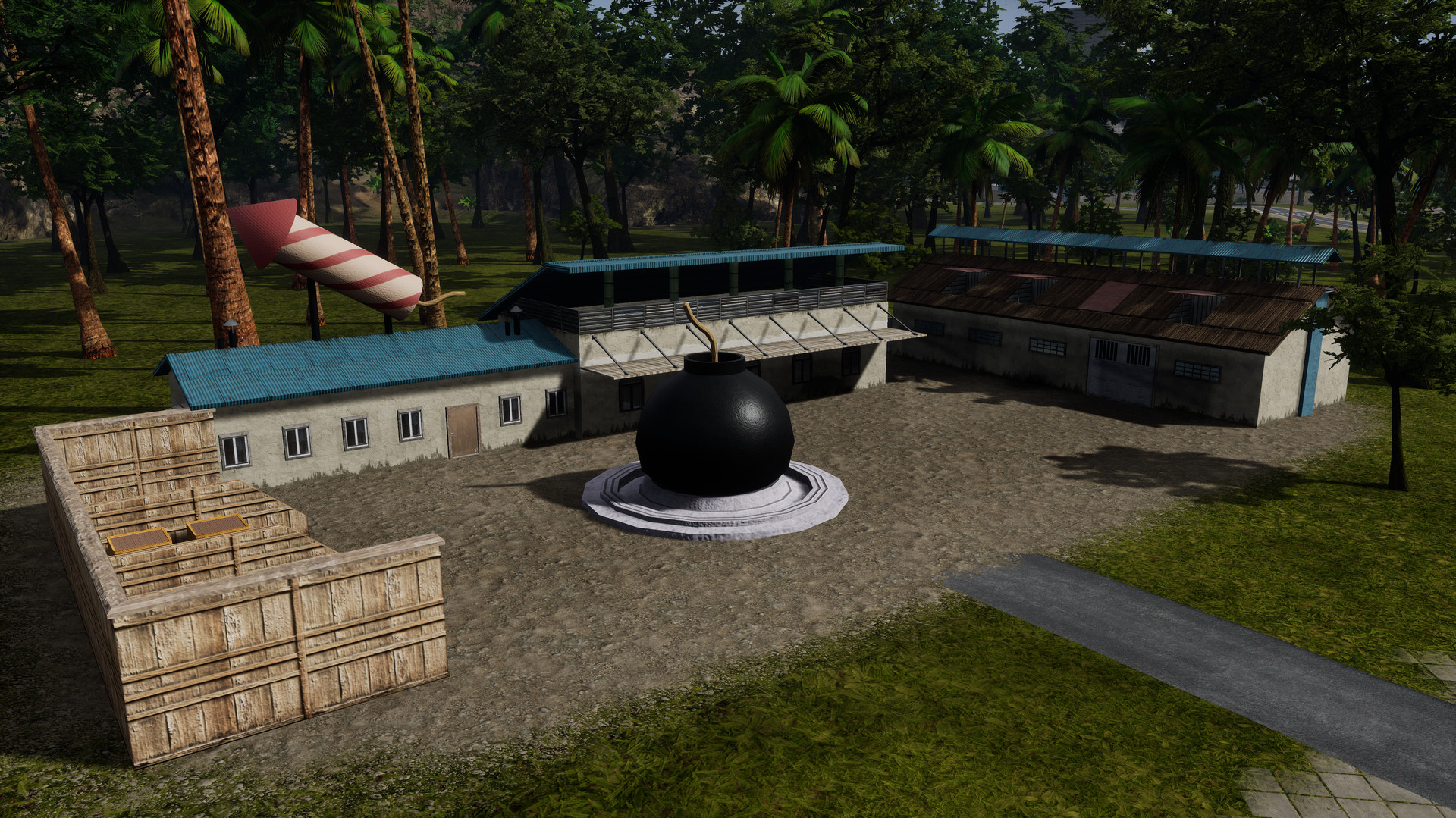 So, should you pick up the Festival DLC for Tropico 6? The boredom mechanic was interesting; it did change up the gameplay in a way that helped it feel fresh. I didn’t particularly like the boredom mechanic and I don’t see myself replaying it when there are so many other wonderful Tropico 6 maps to play and replay, but I am glad to have had the chance to experience it. Anyone who enjoys the Tropico series should give it a try. Unlike some of the other DLC, this is more like a mini-expansion pack, giving multiple buildings and maps to experience. Even if you never play the boredom mini-campaign again, the buildings the DLC provides are worth adding to your regular Tropico 6 experience. It’s definitely one I will Save for Later.