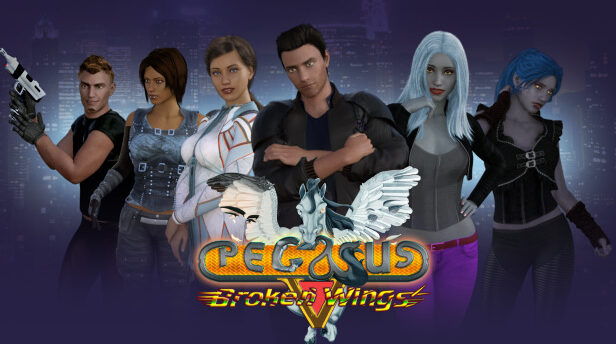 Perhaps the best beginning I could have to an RPG Maker game!

Editor’s note: The developer of this game is one of our own team members.

Pegasus: Broken Wings is a cyberpunk adventure game that takes place in a politically corrupt cyberpunk city. Pegasus-5: Gone Astray is the prequel. Broken Wings is the follow up of the previous game and requires you to have some previous knowledge on the plot.

Here Is a Gameplay Section of Pegasus: Broken Wings!

Both Pegasus games were my first attempt at an RPG Maker game, and I was surprised how good the experience was!

Considering that this is a simple RPG Maker game developed by a small Indie studio I will have to say that this is a rather minimalistic experience, in a good way obviously! Roaming around the world is what you’re going to do the most throughout your adventure. Searching for useful items in order to solve puzzles or take care of some opponents is the most action-packed task you’re going to have to complete. Some new and pretty good features are the following ones: You can play with two characters now rather than one! This allows you to get an even better understanding of the story as you can see things get unravelled from two perspectives. The dialogues got further improved as well, you get a lot more options when being asked upon whom to bring, or what to do. The map design has improved a lot more. I found myself wandering around the map, and just exploring trying to find clues and so on. Lastly, the most important addition is the “autosave” feature. After completing a chapter the game will ask you if you would like to save your progress. It was frustrating making a bad decision and then seeing that your latest save was 2 chapters ago in the previous game. This makes the game so much more relaxing!

On the other hand, there were some shortcomings. In the previous game, you were earning skill points which you could use on certain abilities like technology, charisma, medicine and athleticism. Now you can only choose two out of the four abilities for each playable character which feels a little questionable and a little too simplified.

These were all of my opinions as far as the gameplay goes. Overall it feels a lot more polished compared to the predecessor.

No spoilers ahead!
As mentioned on the store page the game focused a lot on politically driven subjects as well as equality and truth, which can be connected to the happenings since 2020 perhaps. Jokes aside, the entire plot feels so much more unique compared to the previous game which felt just like another cyberpunk adventure story. You can do a lot more activities now with all of the characters, especially the female ones. The new art style probably adds to the experience, you get new 3D models in the cutscenes. Characters are extremely memorable as well and you can understand each and everyone’s thoughts and ideas. One small issue I got with the story and all is the fact that two very important characters in the previous gameplay a rather minor role now which is a little disappointing as you get familiar with the characters. Other than that you will get a good three to four hours with each game. Don’t forget that there are multiple endings which is a huge plus for replayability.

The game makes use of the RPG Maker engine.

Graphics:
The game is a simple 2D game so there isn’t much to report on. The main improvements were the 3D models and the redesign of some characters. Some motion scenes were added as well, in particular chase scenes with a lot of explosions and other effects. Still, it is almost the same experience visually.

Audio / Soundtrack:
The game offers a decent soundtrack with music that matches the situation. There isn’t something amazing about it but I surely enjoy a well-crafted soundtrack. Background noises add to the ambience although sometimes the game can be quiet when walking around.

Bugs / Glitches / Crashes:
In 6 hours of trying to choose which one is going to be my wife in the story, I experienced no bugs, glitches or crashes at all.

I used an Xbox Controller and had absolutely no issues at all. 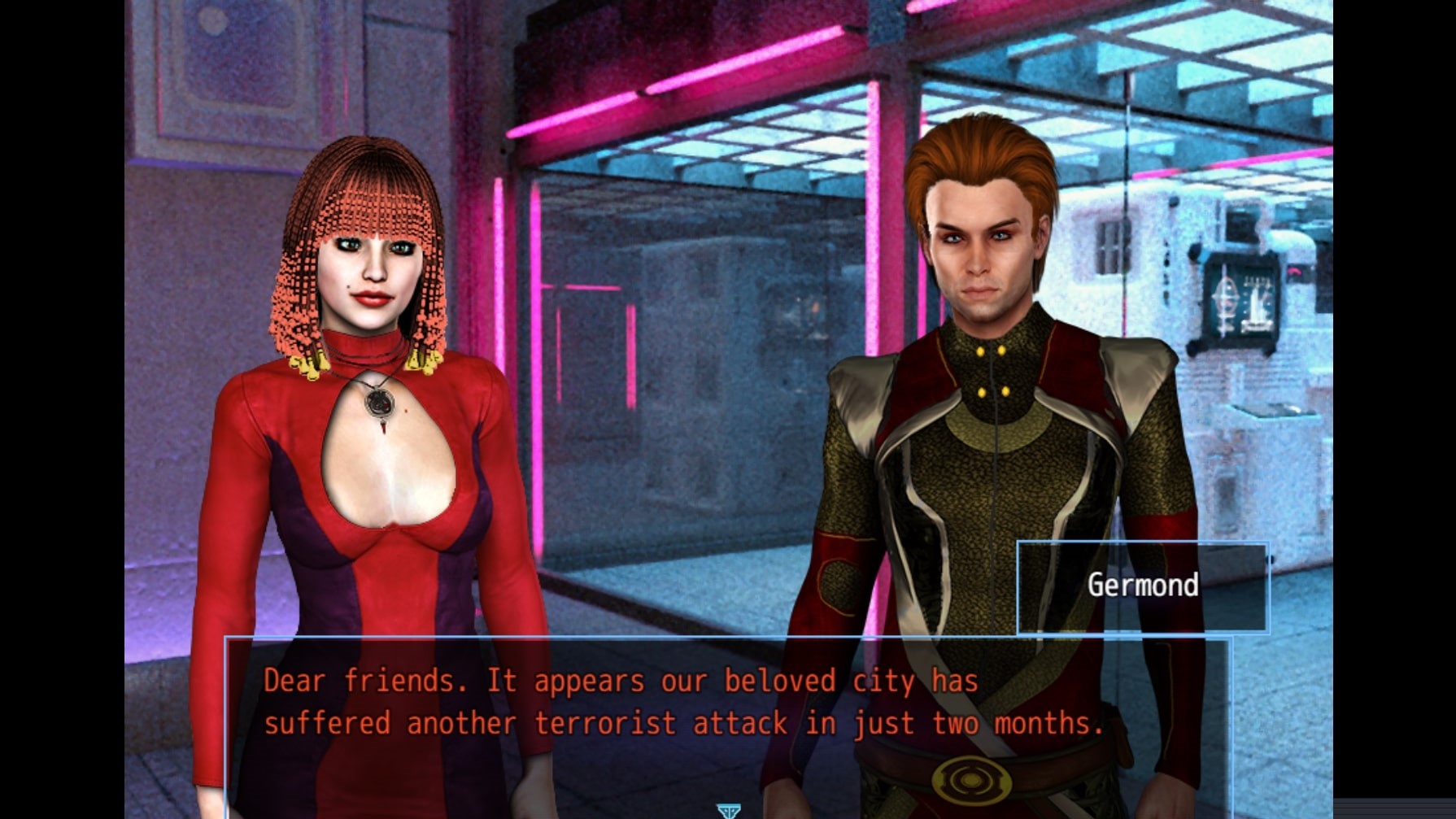 Pegasus: Broken Wings is definitely an improvement over the previous Pegasus game. I was never really that interested in RPG Maker games, but after playing the Pegasus games and in particular Broken Wings, I had a very good experience. The story was keeping you entertained, waiting for what is going to unfold next, who is behind all this and more. The dialogue really feels as it got meaning behind it, as every option opens up a different path, exploration improved a lot compared to Pegasus-5: Gone Astray. I can only recommend this game for the price being simply because I have already spent more hours with the game than it actually costs which is always a plus for me.