Is it too late to be homeschooled?

Get ready to go back to school! You play as a teenage boy, who you get to name, who gets sent to Kraken Academy with his sister, Nadia, who pretty much hates his guts and didn’t want him to go to the same school as her. Let alone a school where you live at their dorms. Luckily for both of you, the school is divided into four clubs that the students can join. You’re in the Music Club, seemingly not having any interest in the others and cause you used to play piano, while Nadia is in Drama Club. The other two clubs being Art and Sports. Once you arrive, you also find out that the academy’s brochure did not reflect the actual state of the academy as it’s pretty run down and trashed. Well, all except the Drama Club’s grounds which only the rich can join. 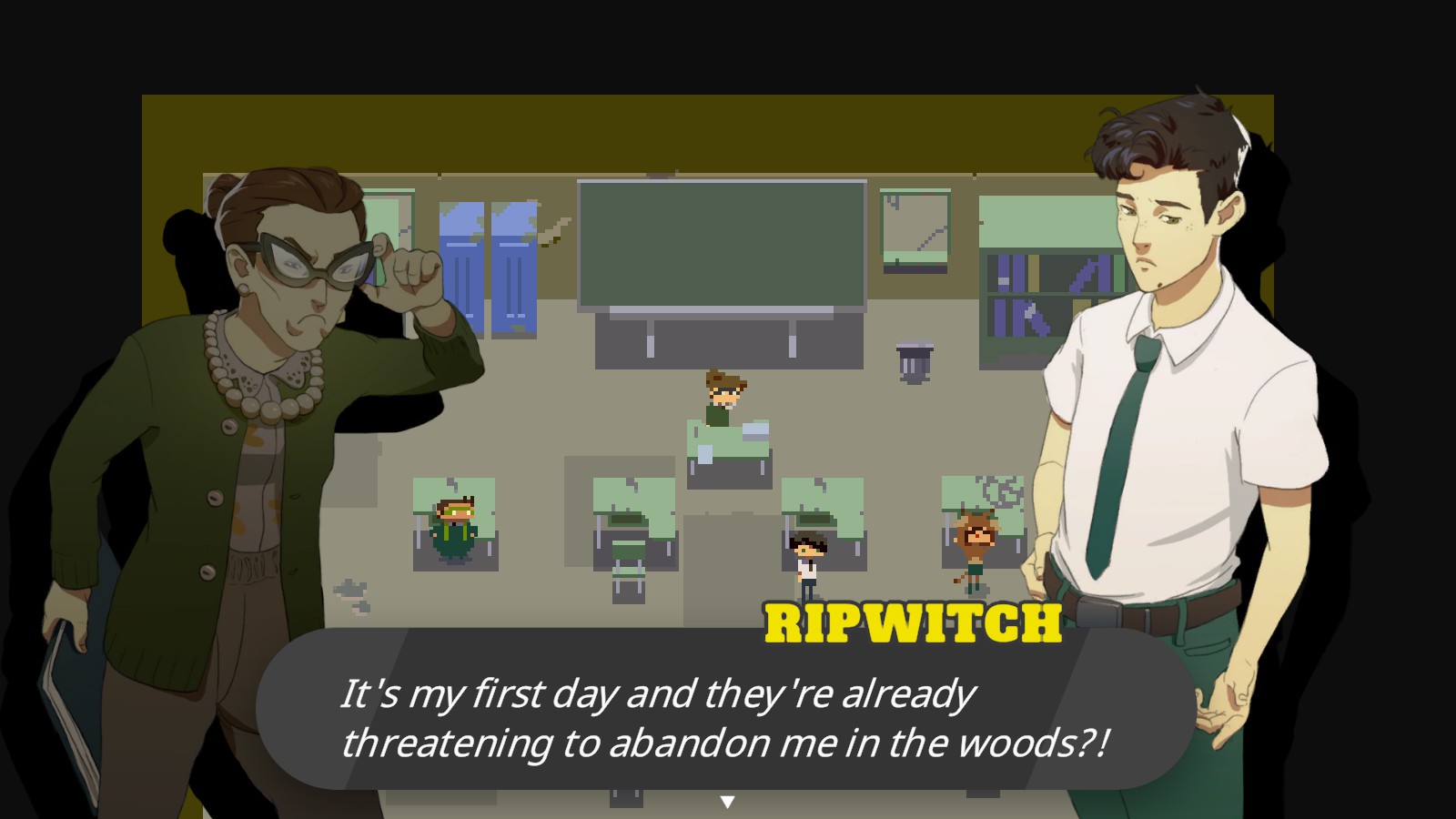 If you’ve been wondering if there was any reason why this academy was called “Kraken Academy” well, you don’t have to wait long. After meeting your fellow Music Club members and having your first lesson, you soon learn from Broccoli Girl (no really, that’s her nickname and she’s a sentient broccoli) that there will be a costume party Wednesday night and the Music Club is going to play on stage. You agree, of course, but you have a slight problem of not having a costume. Broccoli Girl tells you that you might find one at the academy’s lake, which is where students often dump their unwanted stuff at. When you get to the lake, you find that a Kraken lives there and he recruits you to help him out. You see, the school is fated to be destroyed right when it becomes Thursday. The only way to prevent it is to find out who the traitor is and to free the school’s four guardian spirits that were trapped within certain students. Luckily, Kraken (that is indeed his name) does give you a special amulet that when pressed, brings you back to Monday morning. Essentially putting you in a three day time loop.

So you’ll go through multiple Mondays, Tuesdays, and Wednesdays to free all of the guardian spirits and hopefully find out the traitor in the meantime. Kraken does know which student is hosting a guardian spirit so all you have to do is help them with their problem, to fix their soul’s imbalance, so they can be freed. This will take up all three days, with Wednesday hosting a special event for their club, so can’t really do it all without the handy time loop. 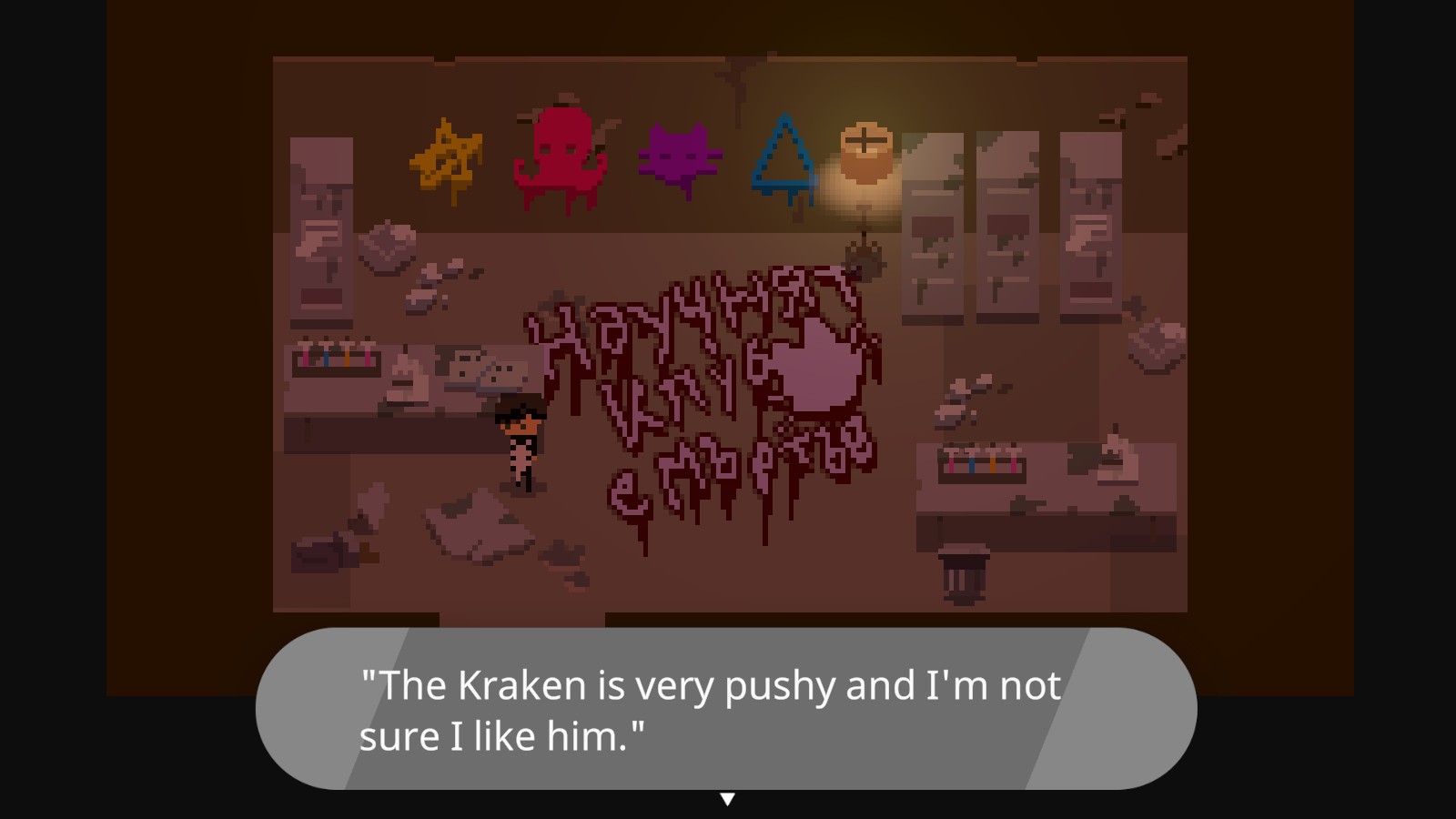 You’ll also come across the occasional puzzle, which are pretty easy, and QTE while going through the game. The QTEs, in particular, come up frequently. The QTEs will basically have you get a dot closest to the center or quick button mashing (and you can make these easier to deal with) three times to fill up a bar on the bottom. You have to at least fill it up to the fill line to pass the conversation or event that’s currently happening (though don’t worry, it seems to only affect what text you get and how many bottles you’re rewarded). I’m kind of neutral on this. You really have to try to fail filling up to the bar fill up line and considering how it doesn’t really affect much, I didn’t mind them, but they weren’t really necessary.

You’ll need money to progress, as a required item to get into the school grounds for the other clubs requires you to have the corresponding access card. Being broke after having to buy the Music Club card, you do get a way to earn money early on. With a bat gifted from the lovely Broccoli Girl, you can smash up trash cans, those large garbage bins, or lockers to get bottles. You can then recycle these for some sweet shlotinki (the currency in this universe) to buy those access cards. You can also buy some furniture for your dorm room if you wish as well. 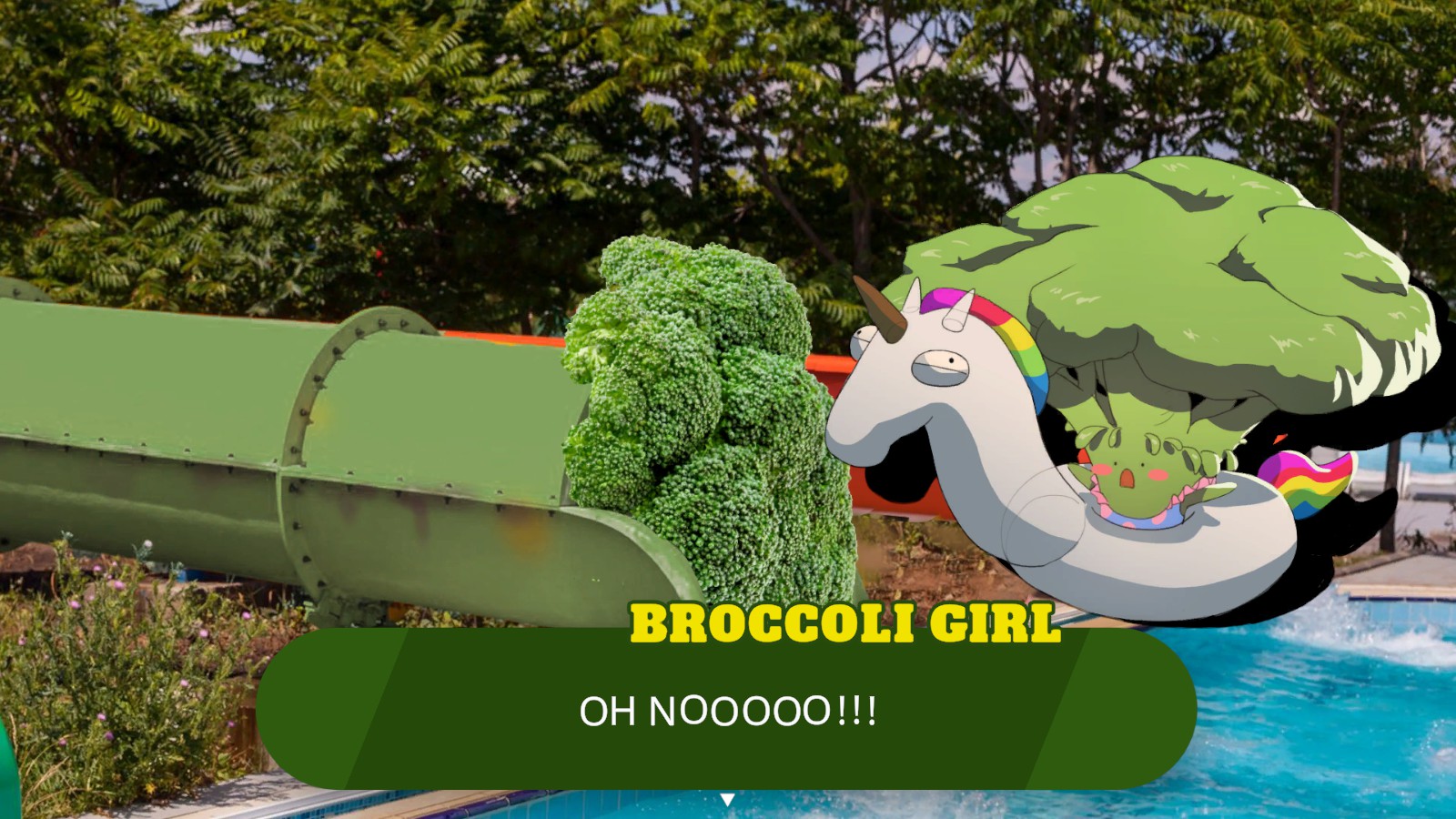 Aside from going through the main story quests to free all the guardian spirits and find out who the traitor is, there are a good handful of side quests you can pick up and do. If you looked at your or the other character’s Kraken-net profiles (which seems to be this school’s social media), you’ll notice that there are grayed out medals on some of their profiles with yours counting how many medals you have. This is because this is showing you which students have quests. Though, you can’t just walk up to them any time. Part of the reason is that some are locked by having club access cards, but they also will be in different areas of the academy depending on the day and time. This ties in with when you’ll be able to actually get the quest as well as when to bring the needed items as some of the students will needed something on Tuesday or Wednesday. Once you complete a side quest, you’ll get a friendship medal and maybe a little gift from them. Not to mention that a couple will invite you on a date, giving you scenes where you’re not at the academy and get into some funny situations.

I quite liked these side quests. These give you more interactions with characters that you otherwise wouldn’t and gives you something else to do other than the main questline. If you have to wait for a certain day for the main quest, you can go do a side quest instead.

This year seems to be the year for time loop games. Kraken Academy is a particularly weird time loop game, but I can’t really think of anything bad about it (well, besides maybe the last sequence being a bit of a drag). The humor might not be a hit for everyone, but this has a great story (which works well with its fast-paced nature), the pixel artwork looks great, it was a delight talking to all the characters and doing their quests, and it was a pretty fun game to go through.