Teddy Floppy Ear – Mountain Adventure is a nice educational game for children. It has a cute main character, nice puzzles that can help them to think, and it is simple enough to be understood.

Teddy Floppy Ear – Mountain Adventure is a point-and-click game about a teddy bear with the said features. The title already tells you what you’ll know about the game, so I can only add that it is specifically designed for children.

The game combines 3D models with 2D backgrounds. The main character looks cute with his walking animation and the chubby posture just adds more to his charm. The other characters are alright, although they are not as cute as the main character. Some characters also look out of the place with humanoid animals living in the game world, but it’s not something to think too much about.

The backgrounds look simple at first glance, but it is done in great detail. A lot of care is made to make it look as natural as possible, making it fit the 3D models. Some portions of the background might look weird with its blurry state, but it doesn’t look that bad. Besides, it works well to give a sense of distance to the other objects.

There isn’t much to the story. You’ll get most of it in both the prologue and epilogue, which are told in a single cutscene. However, the game doesn’t seem to provide subtitles for these despite it offering an option in the menu. On the bright side, subtitles are available for the rest of the game, although you must tolerate some typos near the end.

All dialogues are dubbed, but it is told in a very slow pace. I’m not playing it with children, so the unskippable, slow dialogue irks me at first, although I got used to it with time. It makes me avoid spending too much time talking with the characters though since I don’t want to wait for a long time for a dialogue to finish. Luckily, the dubs are very clear, to the point that subtitle isn’t needed to understand the dialogues. Moreover, if you have trouble listening to the subtitle, it also can help to train your listening skills in the process. 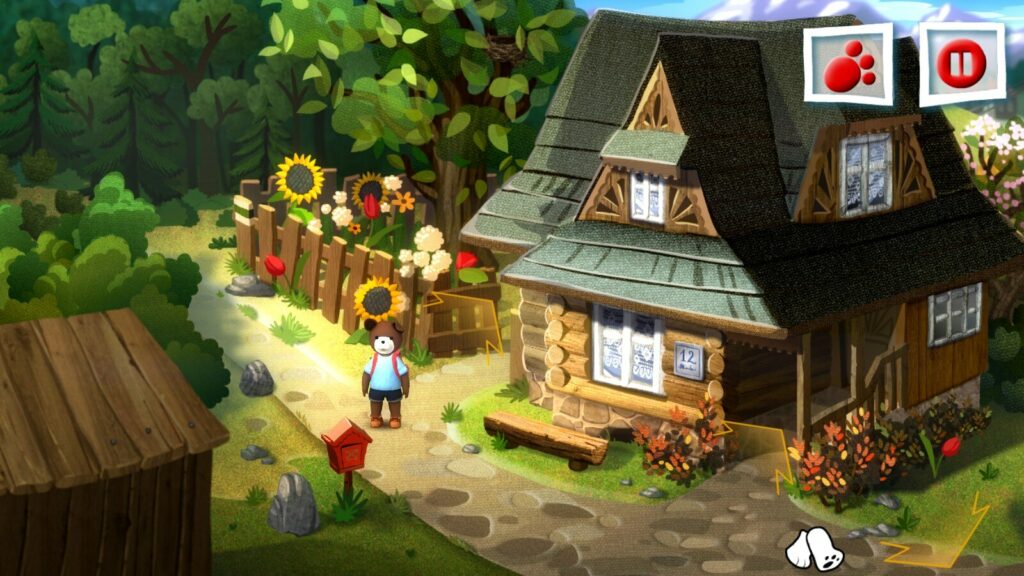 The game plays out like other point-and-click games, where you can walk around, pick objects, and figure out a way to progress the game. Everything is simplified; important objects are easily distinguishable with your cursor, objectives are linear, and you won’t be having much trouble finding out your next objective. The in-game map will tell you where to go in case you are stuck and there is only one thing to interact within that spot.

Puzzles and minigames are abundant. They start out simple like telling you to find 5 differences, although it increases its difficulty into an IQ-test like later on. It’s still easy for adults, although children might need some help to solve and/or understand it. Moreover, there is one minigame that has a collision problem; you are supposed to click on a sheep that is wearing a bell in a certain color, but clicking on a spot close to other sheep will cause it to not triggering anything. It took me several times to figure out that I could click the sheep in any location, not just its bell. 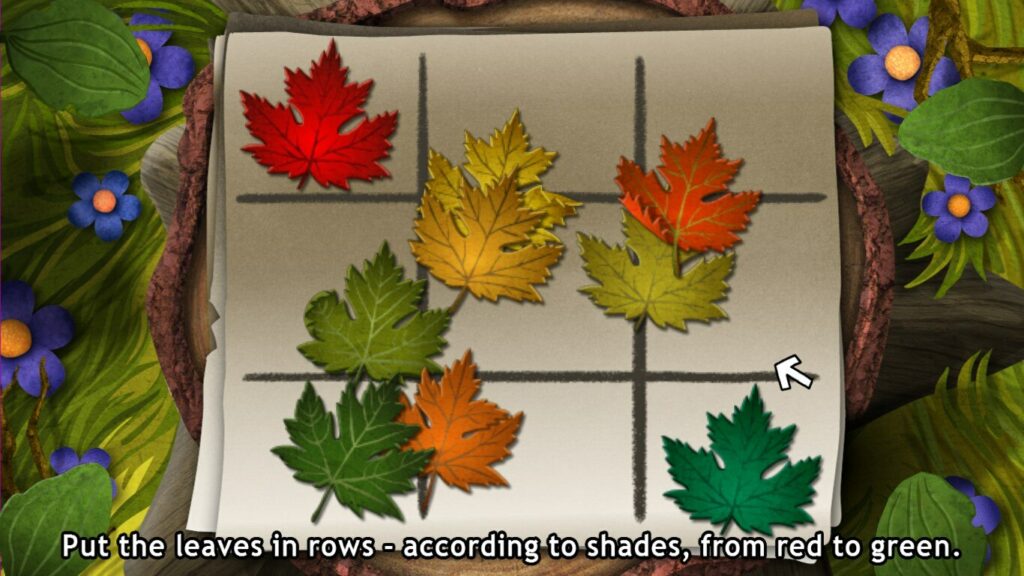 I finished the game in 1.3h. As a game that is designed for children, it’s obvious that it’s not difficult for adults. Since I’m not playing it with children, I’m not sure whether they will find difficulties in finishing the game, although you can always play with them if you want. Although the puzzles are easy, some of them can be quite tricky to solve.

You can’t skip dialogues before you finished the game once. I wish I could fast-forward the dialogue after reading the subtitle since the characters are talking too slow. Lastly, the game has a loading screen every time you switched locations. It loads pretty fast, although it is slower than usual if you take the loading screen transition into account.

Teddy Floppy Ear – Mountain Adventure does a good job to provide a game for children. The difficulty is toned down to fit its intended audience while still making it hard enough to test their brain. The cute main character might give another incentive to play the game, and dialogues are simple enough to understand. You don’t have to worry if they don’t understand the dialogues though – the game can be perfectly enjoyed without it. However, the game can be very short for its playtime, so feel free to buy it on a sale.