I’ve never been overly good at Roguelikes, I often find them a bit frustrating. You start doing good, make one or two mistakes, get a bit unlucky or even just get tired of playing and before you know it the game is over. You lose everything you have worked so hard for and have no choice but to start over. Dreamscaper is a Roguelike, but it has a very convenient progression system that is a bit forgiving. Sure, your progress is lost, but you gain resources that help you do better next time. After all, it is all just a dream now isn’t it?

Dreamscaper is a Roguelike with RPG and Action Adventure elements that takes place in two main worlds. First there is the real world where you can wander between areas and make friends, gain new bonuses and discover lots of interesting things. Next comes the dream world where you energetically hack and slash your way through a multitude of rooms as you work your way to the boss room and then on to lower levels to do it all over again. The further you can push in a run, the more resources you will find to spend in the real world. Your actions in the dream world also affect other things such as the furniture in your room and help you remember your past so it pays to put a little energy in your moves. 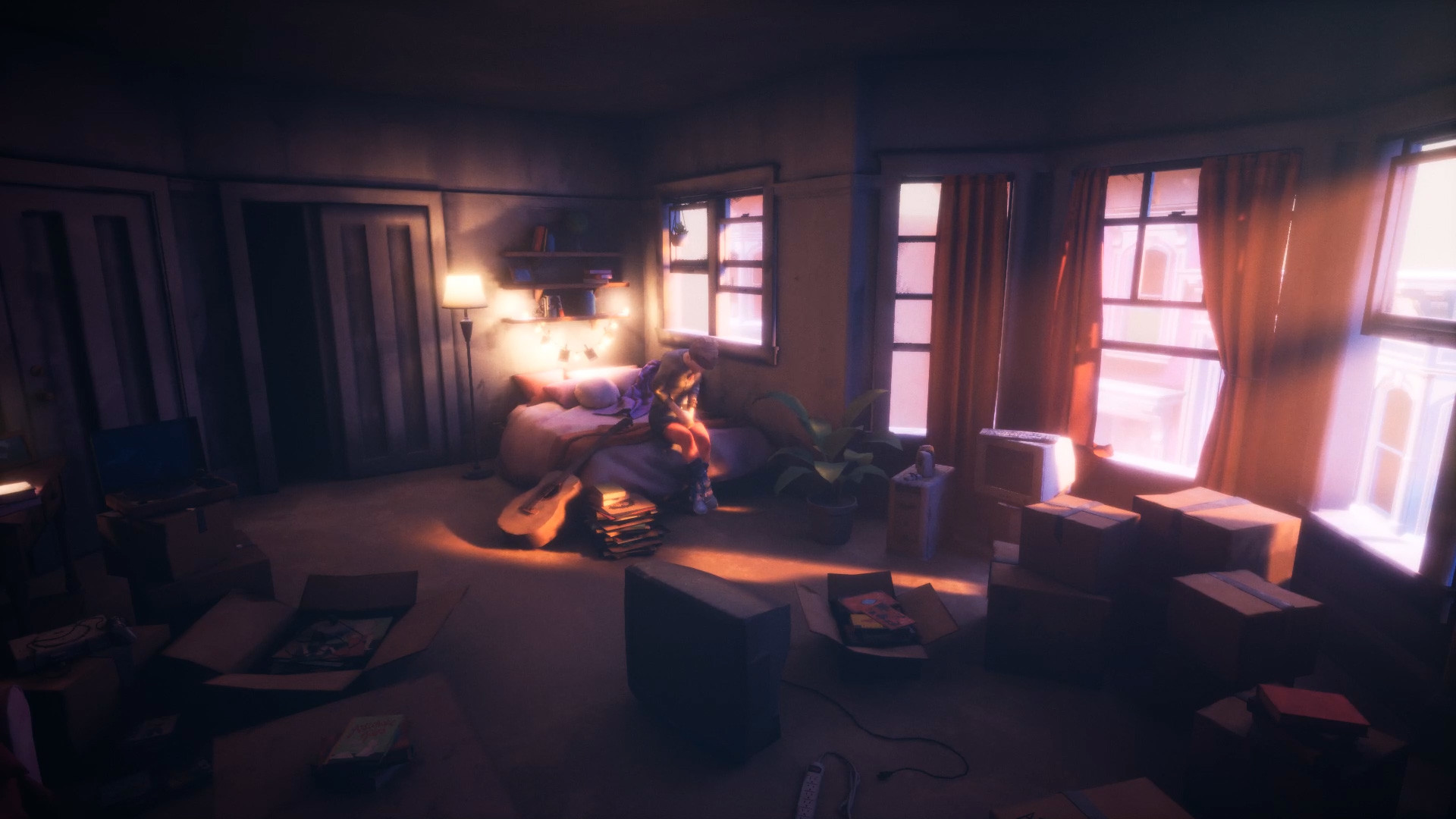 Each time you enter the dream world you are either equipped with random gear or with gear related to your preferences. I usually went with random just so I could experience as much as I could. Using the same gear does lead to mastery though so there is a benefit to picking a favourite. While the area you arrive in never changes in appearance, the exits do change. The map while being different each time you go in, does start to feel samey after a while regardless of the randomized layout. Once you beat a boss you can skip it in future runs to advance yourself faster, but you are also punished a bit for it as well. I usually chose to fight the bosses although that isn’t always the best idea. The first boss I went from failing at to practically doing it with my eyes closed. The rest of the bosses definitely did not allow me to be that smug and arrogant! 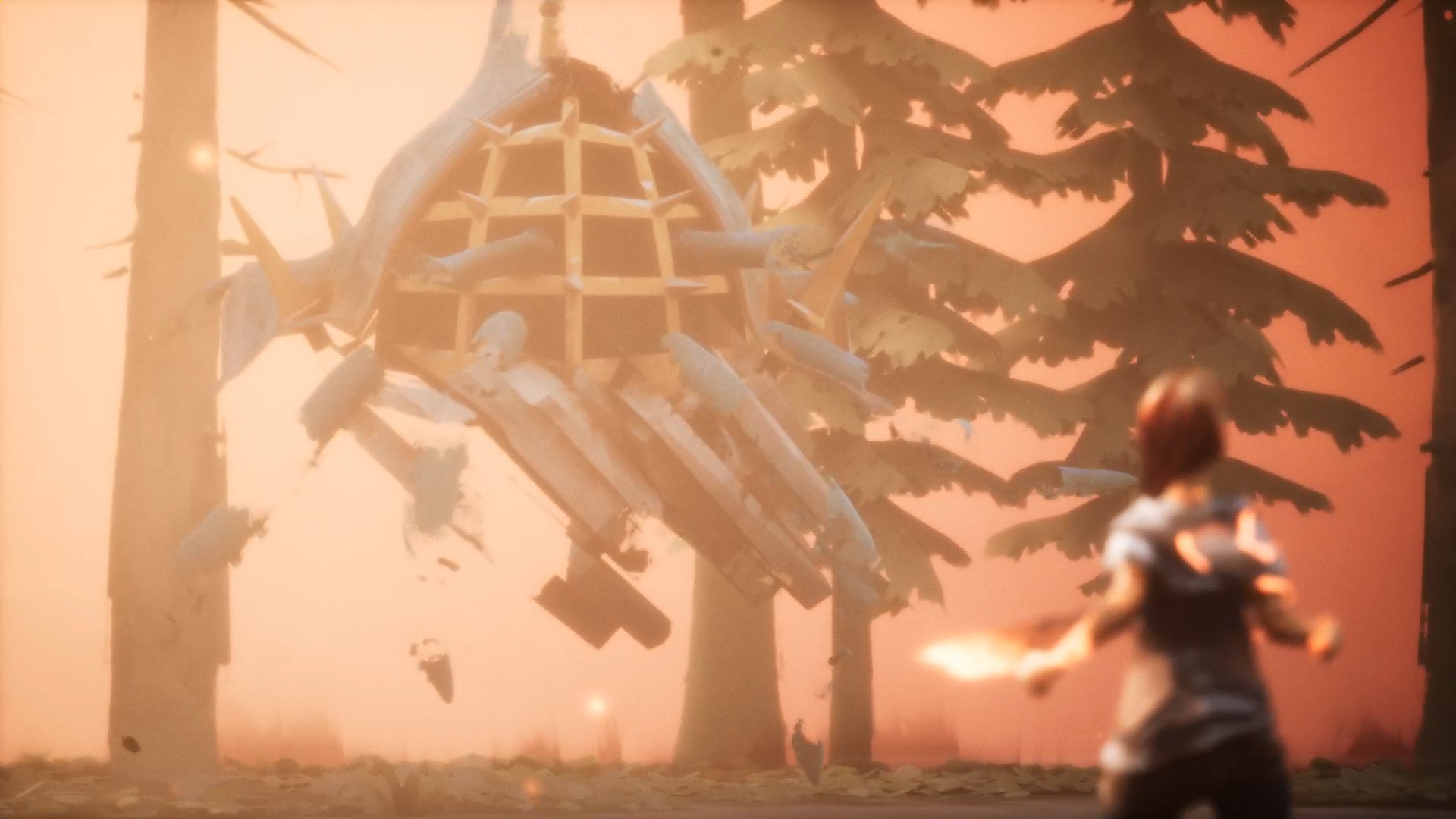 Your attacks in game depend on what you are equipped with. There are a number of weapons both melee and ranged, spells, dodges and shields you can equip. Each one has its own advantages and weaknesses. Usually equipping whichever is stronger is a good idea, however, sometimes the bonus abilities make it worth keeping a slightly inferior item. For your melee weapon you have a choice of doing the regular attack or the alternative attack. Some are better than others so you will have to figure out which is better to use in any given situation. Alternate attacks are boosted by upgrades in the real world so they may end up being more advantageous. 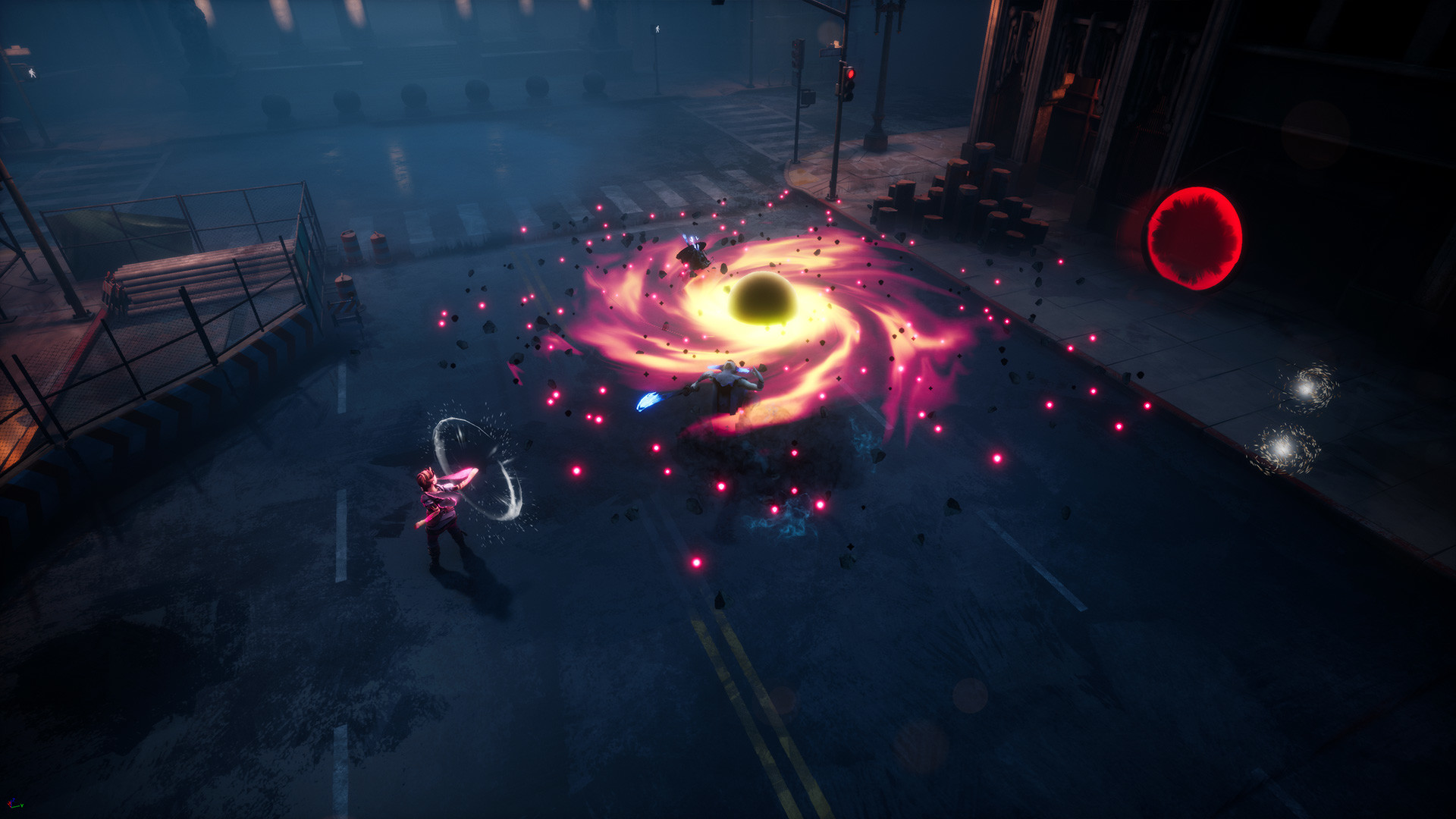 There are rooms that randomly spawn that allow you to roll the dice on a new random ability for the item, but it is pure luck that you get something you actually want. You can also upgrade the item in that room as well. While some of the weapons feel the same as others, there is enough distinction between some to keep switching weapons interesting. Some weapons I have found seem to almost make the bosses melt away while others feel like I am trying to dig through concrete with a plastic spoon. There are also puzzle and challenge rooms to help keep things interesting. As you wander through areas killing enemies, breaking rocks, unlocking doors and blowing things up, you will find the various resources you need to advance your abilities. Non-Puzzle based treasure rooms always have something good and never have any pesky enemies to deal with. When you find an item you are given the option to equip it, possibly replacing something you already have or breaking it down for sand (currency). Typically, I use whatever one I want then breakdown the items I don’t want. If it is a health potion, I usually ignore it until I am about to fight the boss in case I am hurt on my way there. I then use the teleport system to return to the rooms where I left the potions and heal up or break them down before advancing. The game’s mini-map is actually quite good. It shows icons to let you know if there is something still in that room worth dealing with. 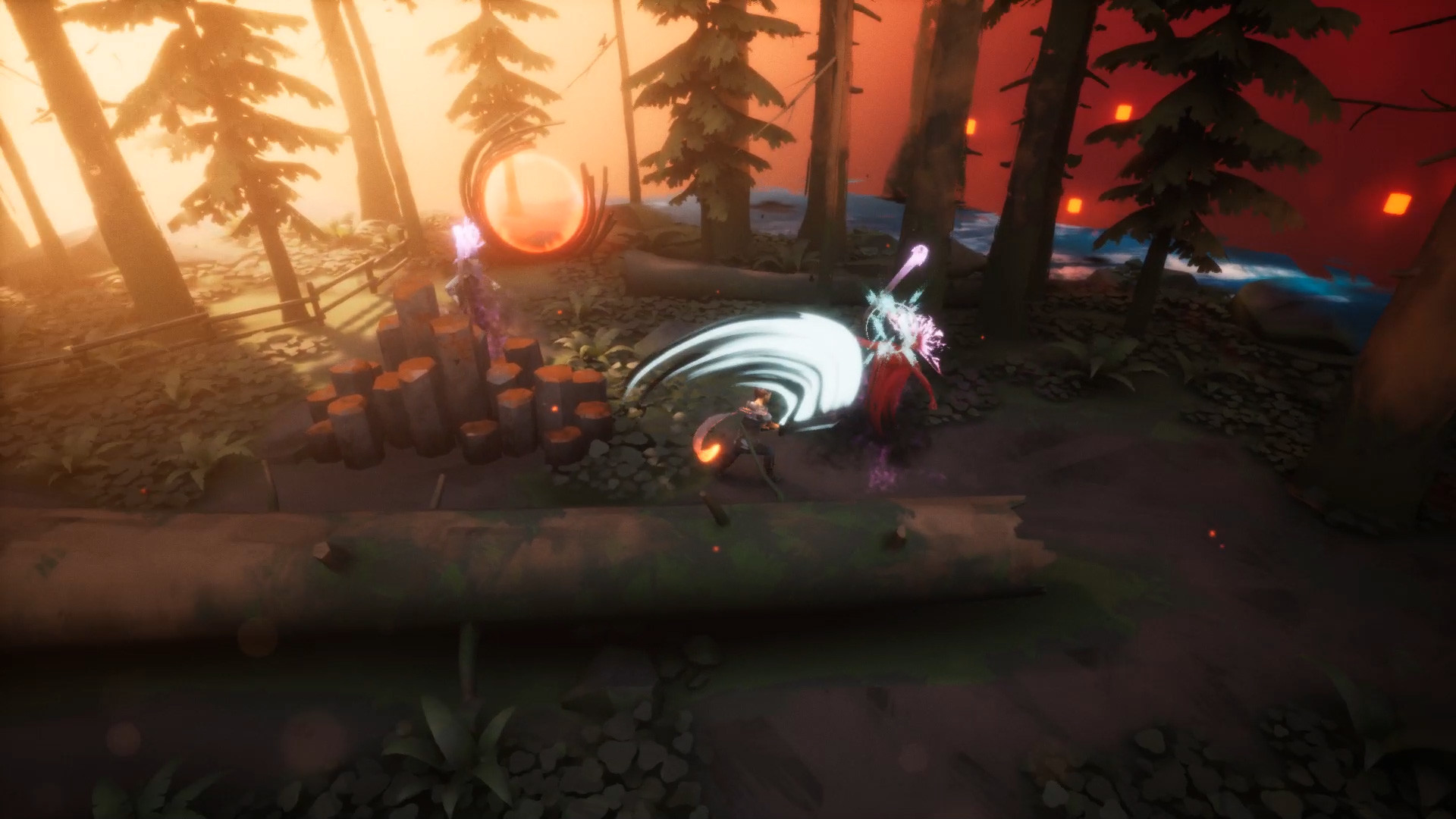 The real world, as mentioned, is where you enhance your abilities and gain other advantages in the dream world dungeons. The thing is, often times the things you unlock might not even impact the next run you do, it just gives a chance of it appearing in the run. That’s fine since you will eventually encounter it, but it feels a little anticlimactic to finally save up enough to unlock something and then not encounter it for a few runs. You can also work on your relationships with the town people to gain passive bonuses. It is a fairly simple process, talk to people, get to know them. Give them gifts suitable to their preferences and your passive bonus will increase. The problem is the fact these bonuses may or may not be useful to you simply because of luck of the draw. For example, extra fire damage is great… but what if you don’t find a fire weapon. Kind of makes selecting that particular bonus almost pointless in comparison to a useful every run thing such as defence bonus. You just don’t know what fate might bring. 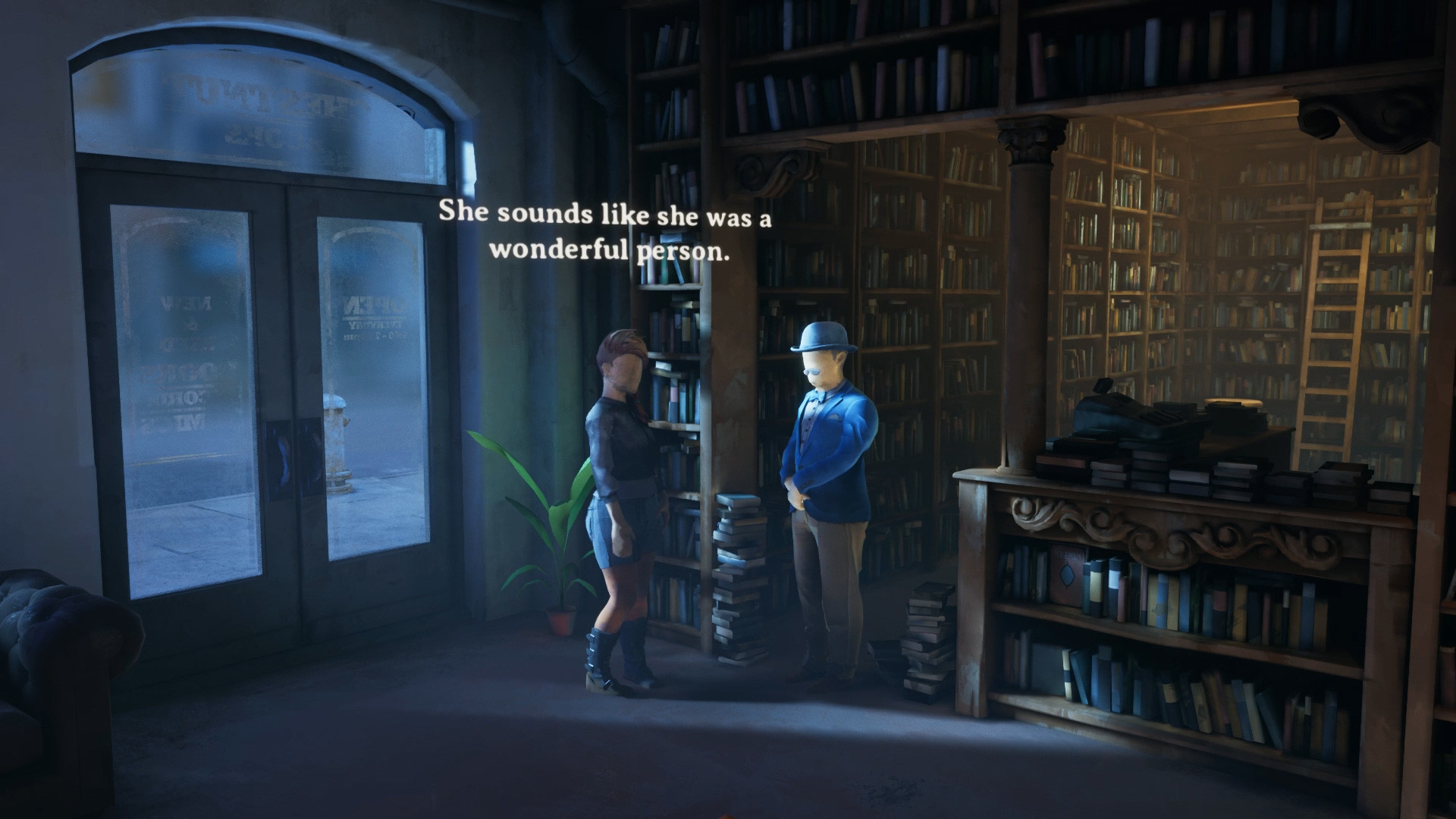 There is a story although it is a bit disjointed and can be a bit hard to follow. It is mostly pieced together by fragments found while in the dream world as well as conversations in the real world. Even without fully understanding what is going on, the game was enjoyable as you slowly learn about the characters of the game and their individual histories and stories. 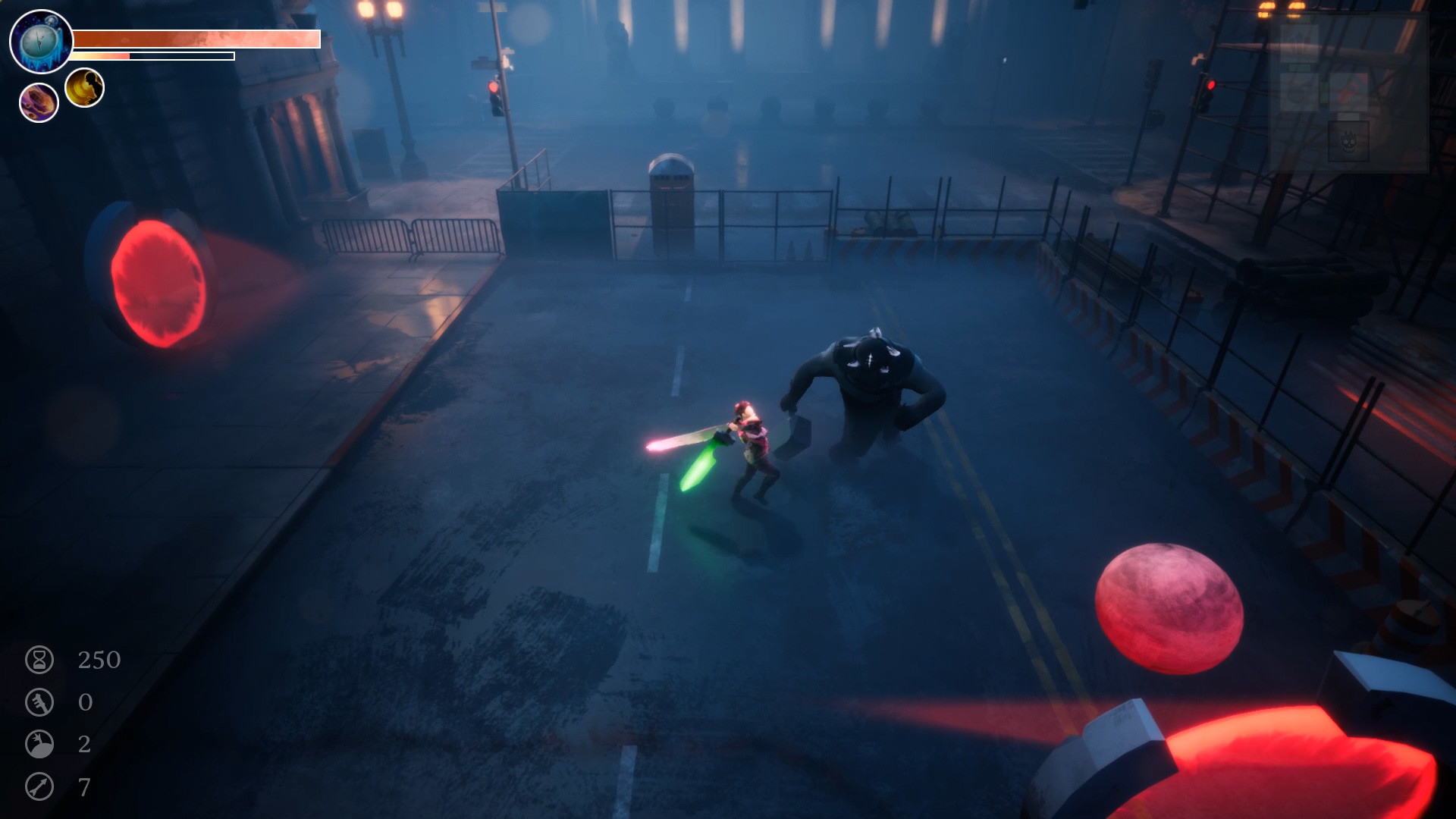 The graphics in this game are interesting. The people have no faces which isn’t a problem, just an interesting artistic choice. The graphics are certainly high enough to support faces and everything in the game generally looks good. Each of the areas you visit has its own theme to it, although it can get a bit dull seeing the exact same area pop up multiple times in the same run, especially after seeing it pop up in the countless other runs before it. Text is displayed on the screen, sometimes advancing a bit too fast to read everything fully during a conversation, but that is acceptable. 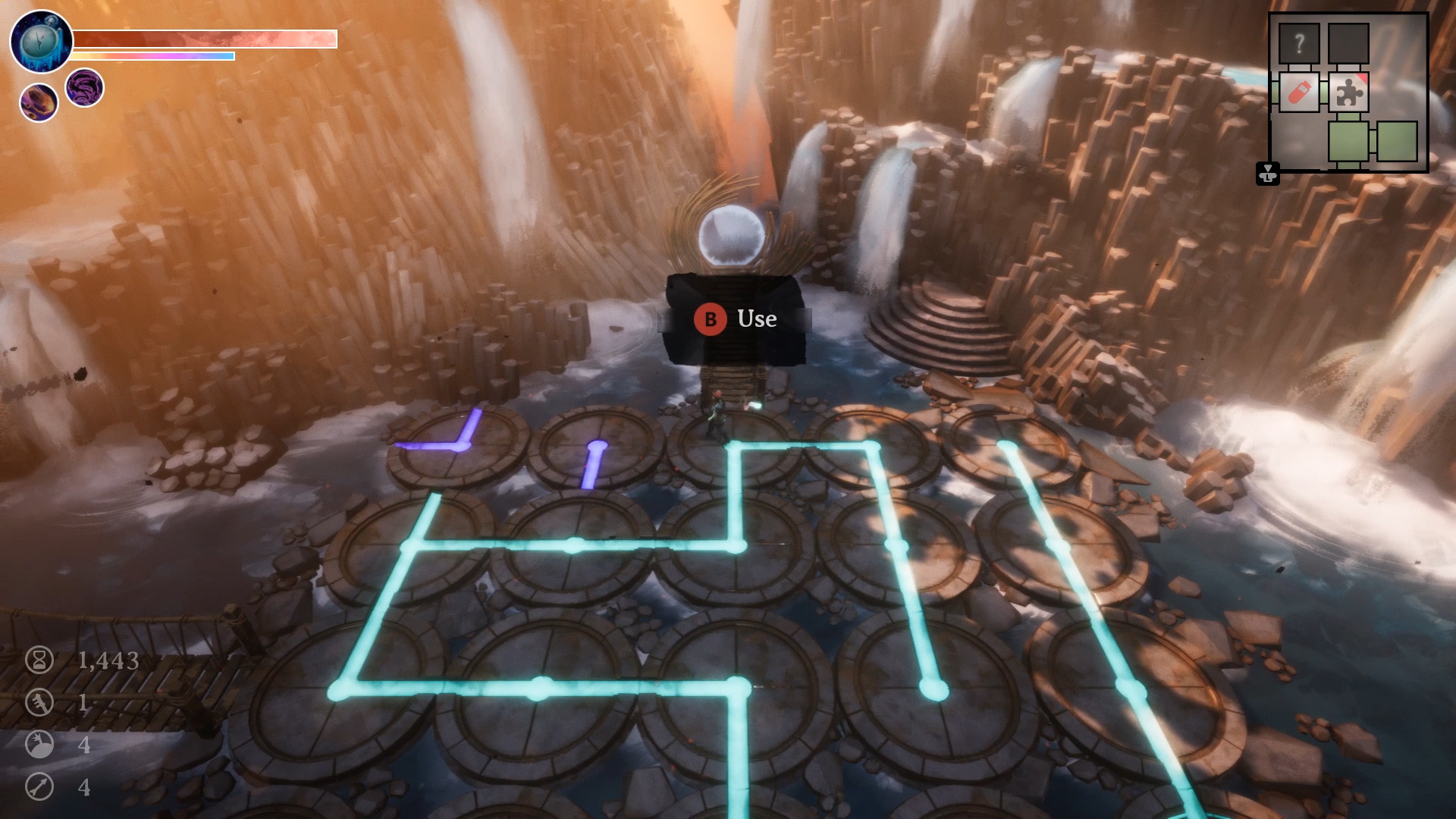 The background music in the game is atmospheric enough to be enjoyable and while the sound effects are fairly basic, they are sufficient to keep it interesting. There are no spoken words and they are not really needed. It is easy enough to figure out who is taking and being able to mentally assign voices is something I have done in the past, so it works out fine. 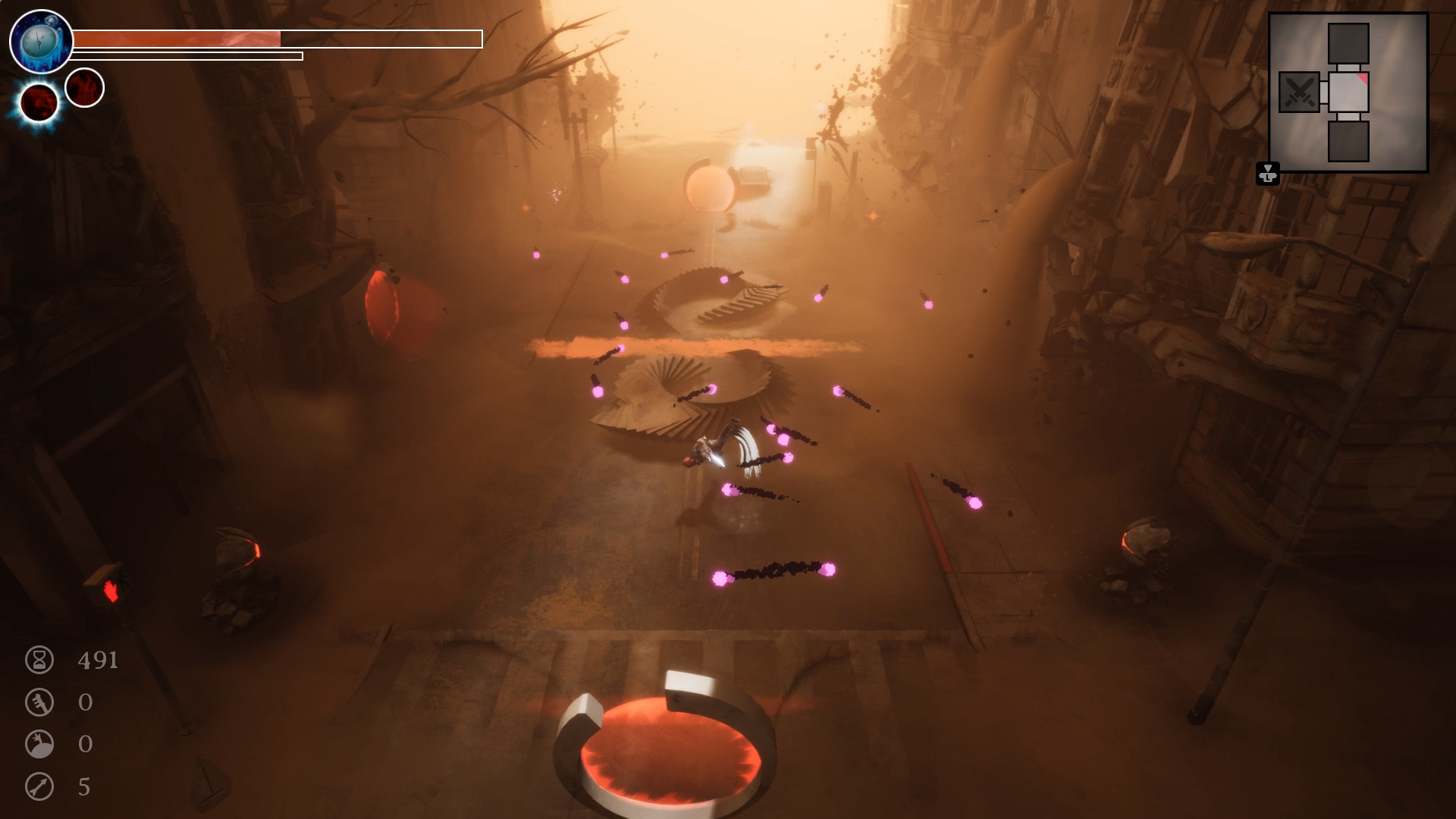 For the most part the controls work well. Sometimes it feels like the game is unresponsive where pressing the standard attack button seems to do nothing. Pressing the alternative attack seems to make it start working again. I also found the ranged attacks a bit cumbersome to use at times depending on the weapon that was equipped. They were still useful, but usually by the time I got it to go off the enemy had moved. The game does have a timing system in it that rewards you if you perform the move on the flash rather than any other time. It can be a bit tough to get the timing going, but it is usually worth it if you can pull it off with any regularity. The menus and navigation between areas is all very user friendly and well designed. The mini-game of matching the person’s interests to gifts was fun, but very punishing if you got it wrong due to the fact the resources to craft the item can be a bit hard to come by. You can adjust the difficulty in a number of different ways in an attempt to get better items though so it is possible if you are good at the game that you will need to do less runs in order to enhance your game. 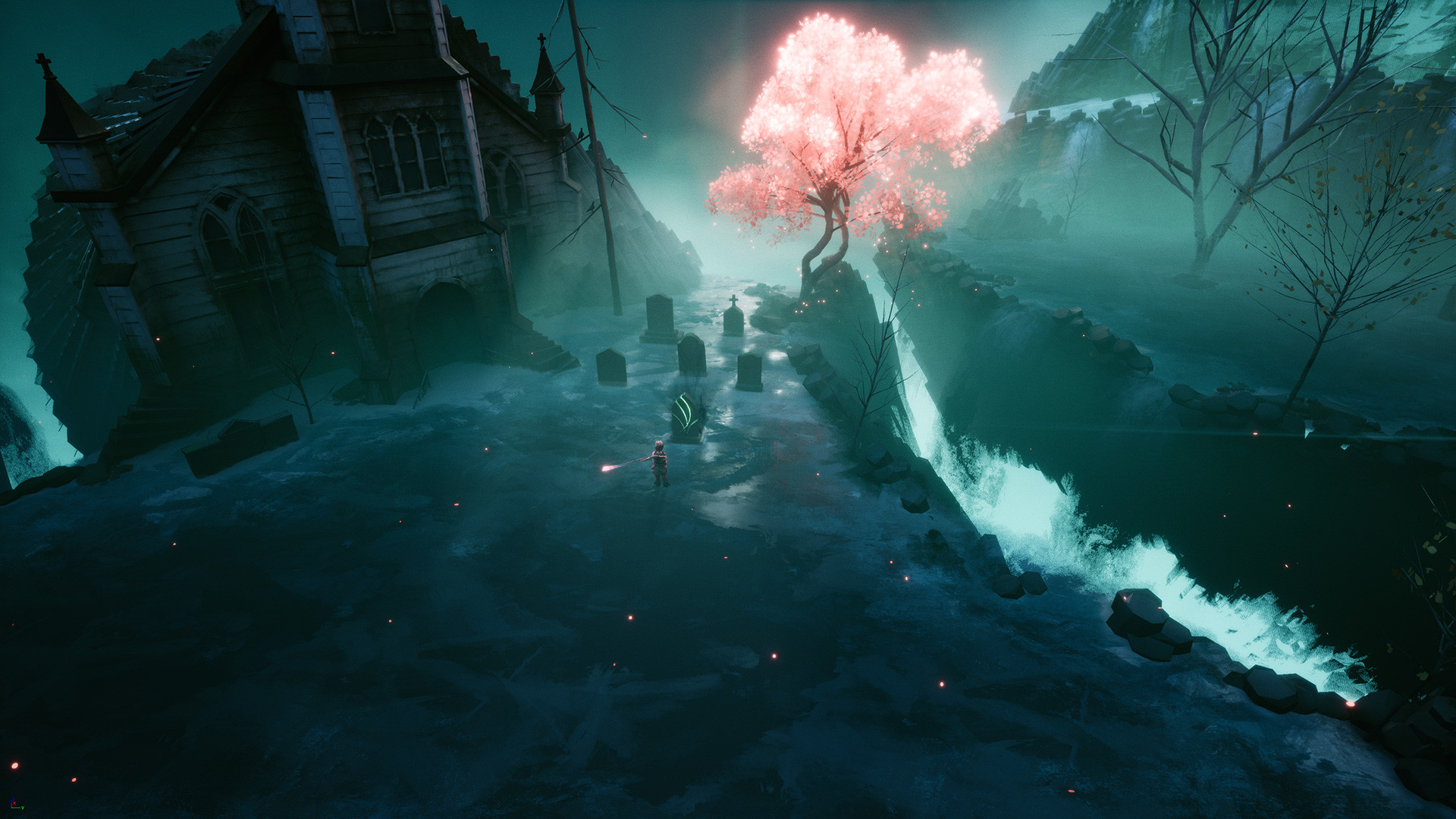 So, should you pick up Dreamscaper? That really depends how much you like Roguelikes. This is a good example of a decently made Roguelike with a rewarding system to encourage replays. However, if you are not a fan of Roguelikes, then you will likely find it quite grindy. Having to redo the same areas over and over again just to make it a little further and in the hopes of stumbling upon the resources you need to upgrade your character or boost your relationship can get quite dull over time. Sure you can skip bosses, but you are kind of punished for that. The ability to adjust the difficulty in order to get extra rewards is a nice system, however, it can definitely roadblock your ability to proceed if you are not both careful and lucky. I feel, particularly if you have the game on the lowest difficulty, that you should be able to return to the last dungeon you attempted before being killed, forgoing any bonuses you may have found by going through the prior dungeons for that run. Technically you can do this already, if you grind your way to the boss room and skip it, but I feel the ability to skip should be granted right from the first room you enter rather than after you have partially completed the dungeon already. Ultimately this a game that I think I will Save for Later. 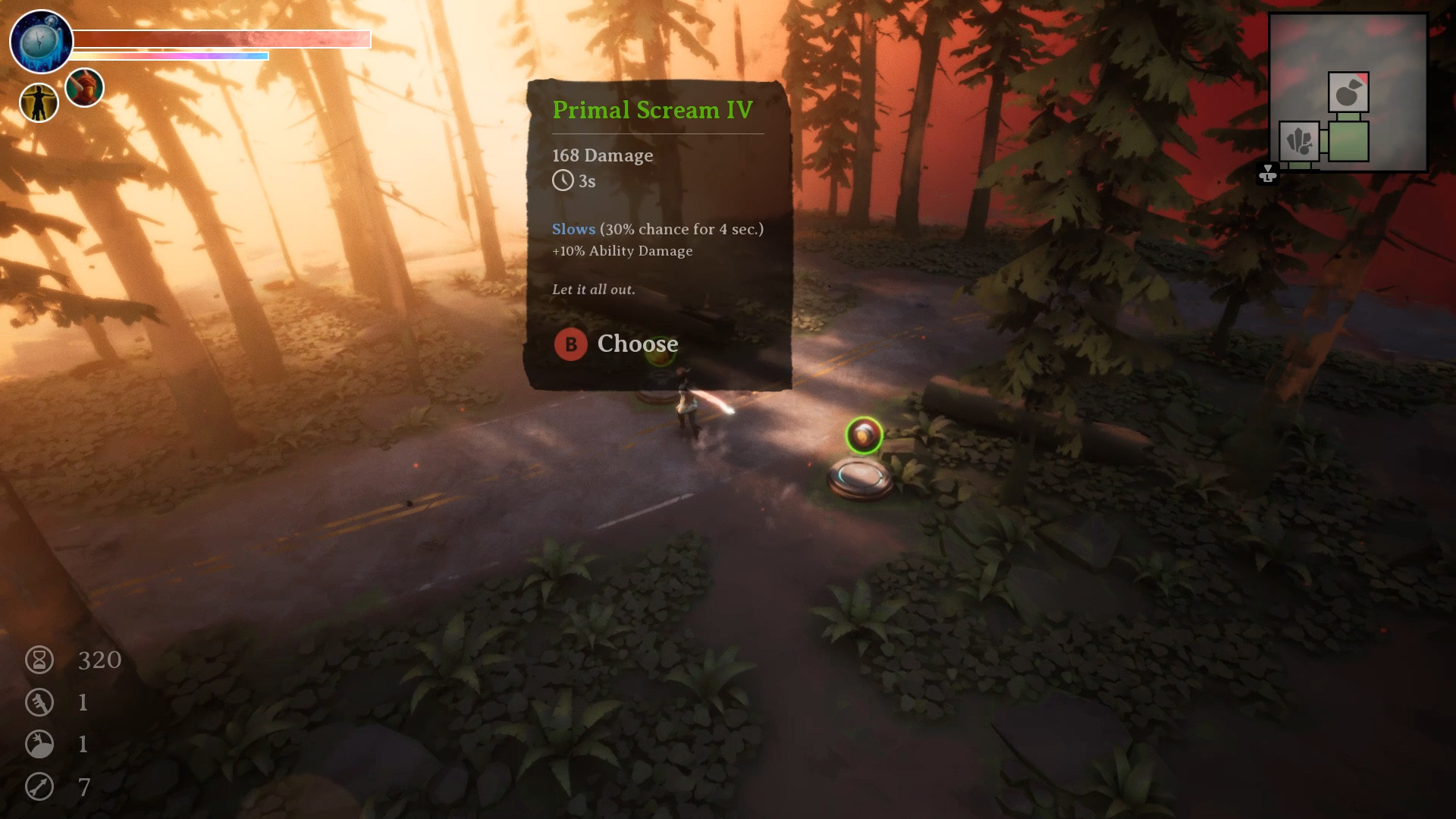