Why yes, I do love clowns. How did you know?

It has become known in the overarching Bigs lore that platformers do not love me. I am fond of platformers; platformers seem to really hate me.
Thank god this game isn’t a platformer.
The Amazing American Circus is a bit of a hybrid game. First and foremost is the card aspect, where you have to manage your deck and the performers you have available. There’s also exploration elements, and different story beats to keep you entertained. While the game did force me to stare at an avatar of myself with a moustache, it’s reminiscent of enough card games I enjoy that it genuinely kept my interest!

Having the option to be a famous circus runner’s daughter would certainly enhance the experience for me, though.

When I went into The Amazing American Circus, I wasn’t anticipating there to be much of a story. I thought this would simply be going from point A to point B, utilizing resources, and swapping some cards around. 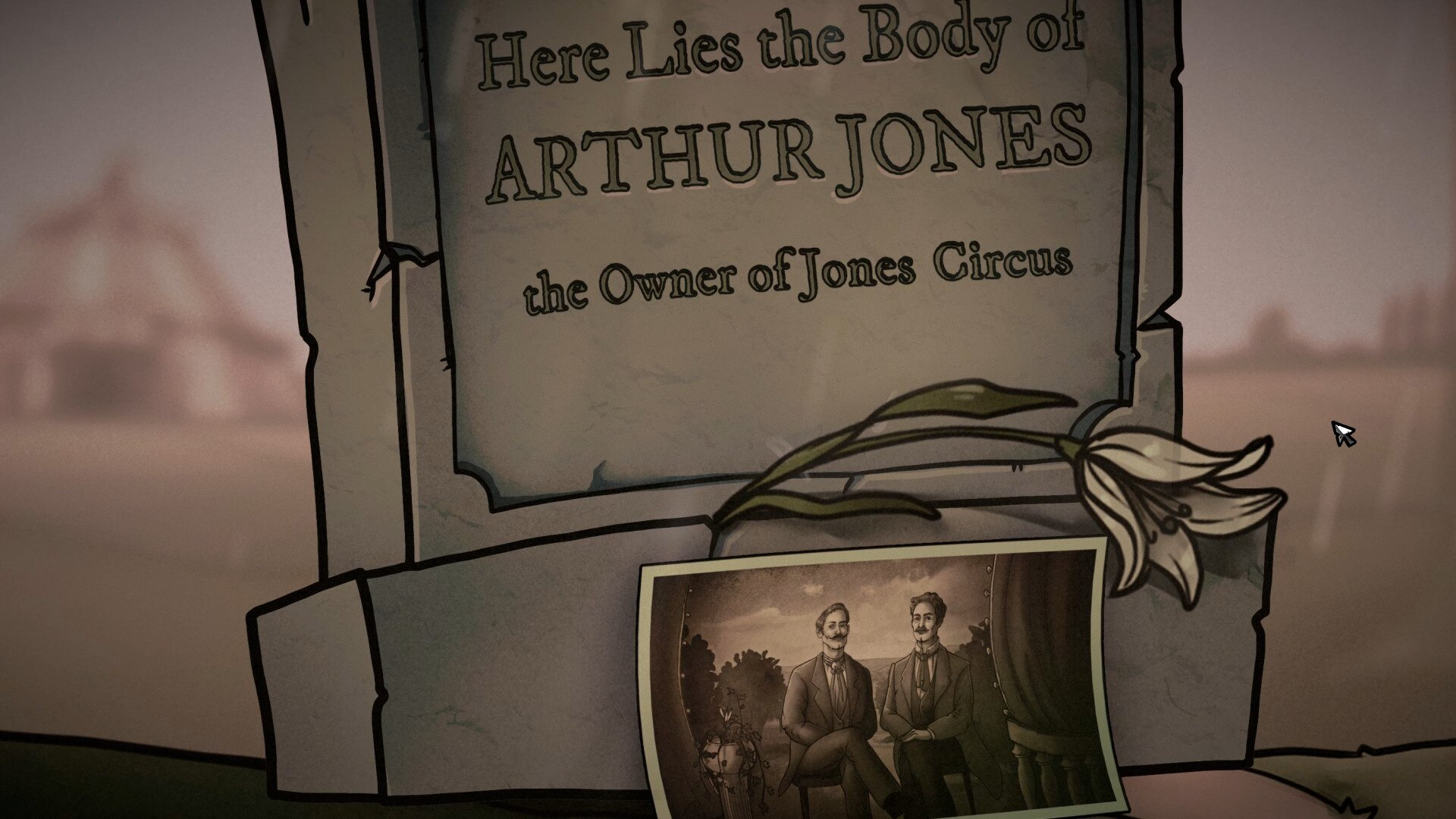 Instead, a narrative gets established rather quickly, and consistently returned to, a nice surprise. Our main character is the son of a now-passed-away circus owner. His uncle is still around, and used to work on the circus as well. Despite the recent loss, he’s insistent that the main character attempt to run the circus at least once- to try to inherit it – and to hopefully carry out the circus’ legacy. Despite initial reluctance, our main character eventually can agree to take the circus on various trips, attempting to begin the top entertainers, and thus begins our story.

Much to my shock and surprise, there are circus competitions. The entire narrative spins around proving yourself, collecting “stars”- representations for fame- and gathering up all the performers you may need to climb all the way to being top clown. Or, rather, top ringleader. You can take side exploration routes to get additional performers, and you get the chance to respond to your uncle, as well as other people you encounter within the game. 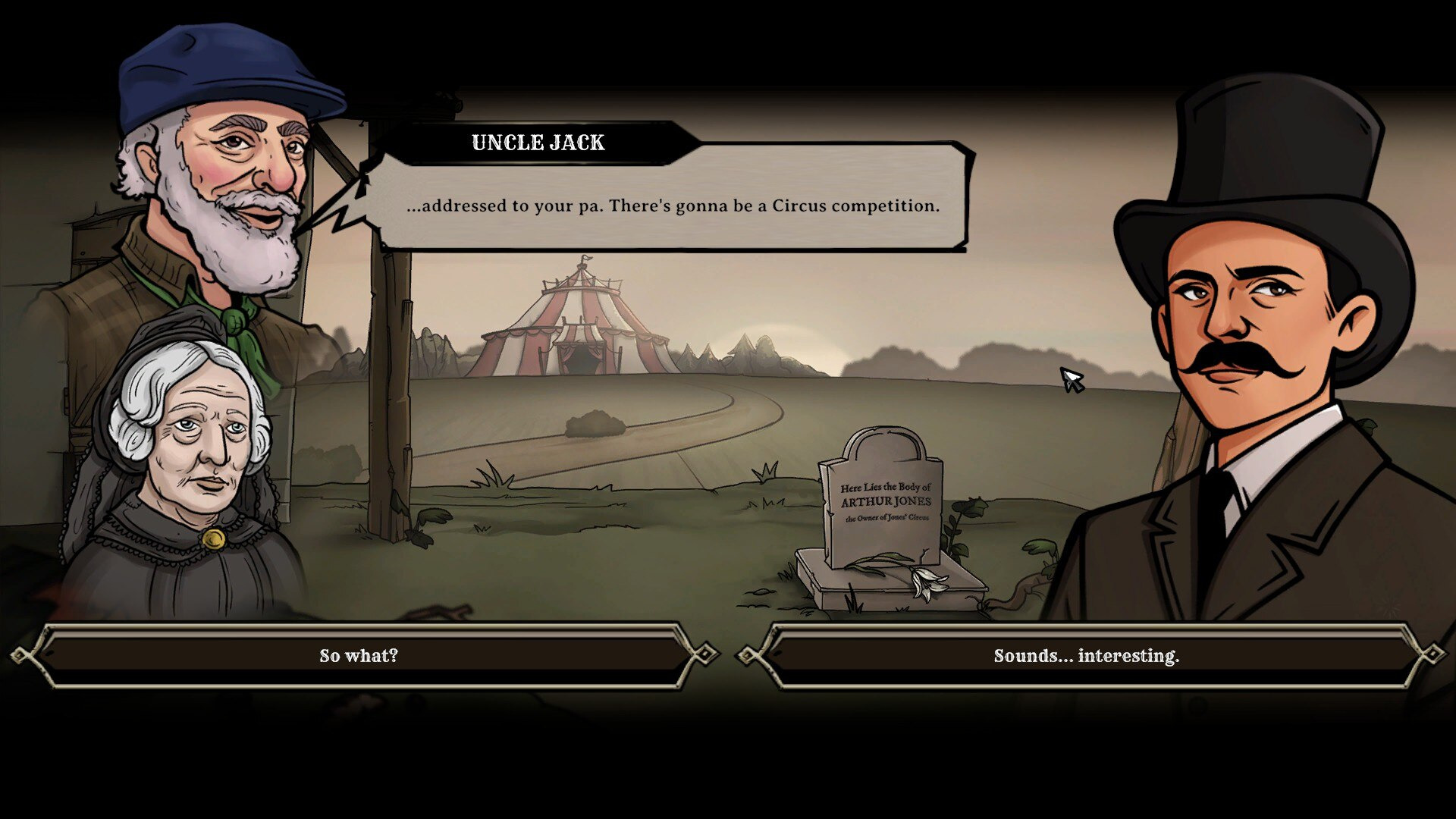 From what I can tell, most of the art in this game is drawn and then put into the game. The stylized, comic-adjacent art is high contrast, with the dark lines set apart from the blended, colourful interiors. There’s an almost paper-doll quality to the animations when you’re performing with your team, and each type of performer has special animations. The juggler has separate animations from the strongman, and so on.

The backgrounds for the stages and various areas rarely changed while I played, but I didn’t see this as too much of a problem. The map is a typical chart of the US, and you start in the West and get the chance to work your way into the Midwest or the South- and all the locations are placed in their true positions on the real-world map.

Being a deck-based game, much of the gameplay is rooted in cards, and, to a degree, to luck. Each party member has five cards that they can have in their deck, and as you level you get the option to either upgrade an existing card that you have or take a new card to swap out from your deck. Money makes the world go round in this game, and every single thing that you do is going to require those hard-earned dollars that you make while you’re doing the shows. 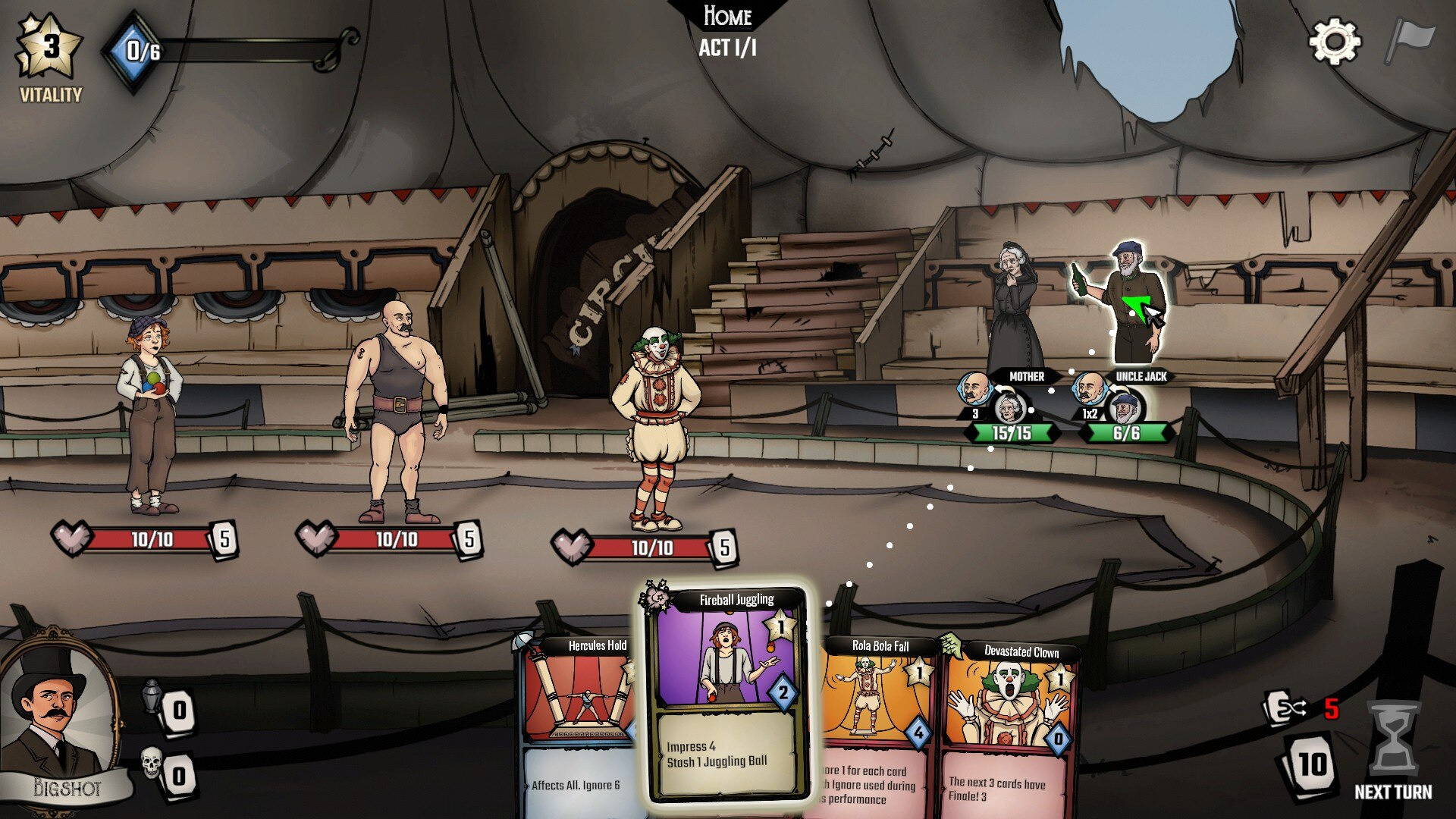 Performances are straight-forward…for the most part. You want to show up, impress everyone in the crowd (which is the actual stat for decreasing the crowd health), and not let your performer’s focus drop low enough that they lose all of their cards- five total. Each card costs a certain amount of vitality to play, and the default you start with is three, one for each performer. Each card also either increases or decreases the finale gauge, which allows you to call upon a character that can affect the entire crowd, or hit individual people for an awfully high amount of Impress.
Your performers can get traits after performances- both good and bad- and locking the good ones in or deleting the bad ones costs cash. Getting new performers costs what? Cash. Upgrading each of your eight locations at your camp that improve various features of the game? You guessed it- cash! That said, it’s important to do as well as you can- and there’s an option to potentially increase the money you obtain at the end of a show. This can be done by advertising, which you select after you choose your performers, your misfit- someone who buffs different aspects of your performances- and your finale. Once you decide how to advertise- and you get three options- this will close the range of money you can get at the end of the show, raising the floor and increasing the ceiling amount you can get, which depends on the location you’re visiting. 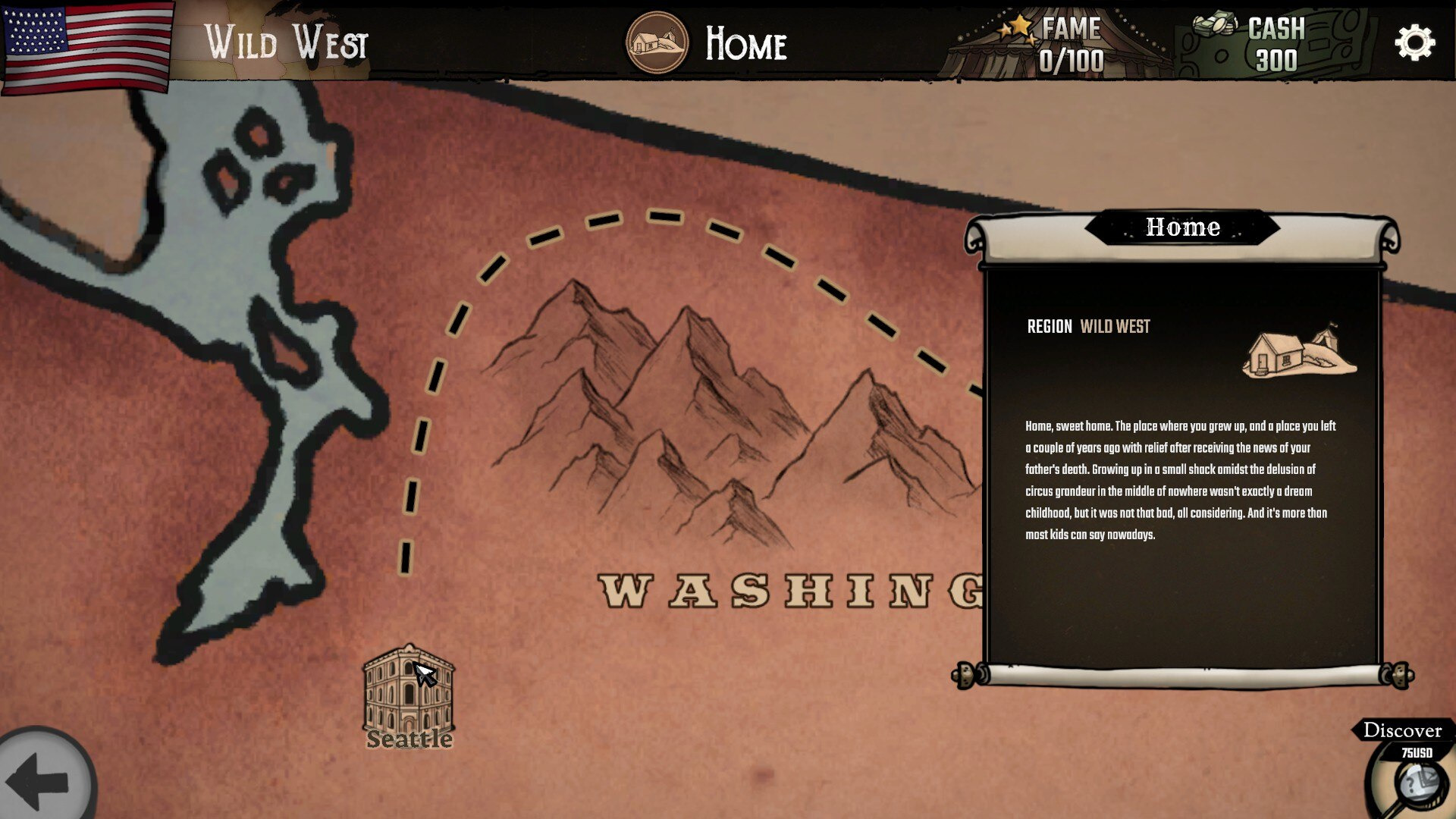 There are also different statuses that you can have inflicted on your performers, and that you can inflict on the audience as well. These range from things that are beneficial- the juggler stores juggling balls, you can increase the amount of ignore (shield) that you gain from cards- to detrimental, like not allowing you to use ignore cards, decreasing the amount of impress you do, and so on.

While the game uses some outdated language that may be appropriate for the time period, (savage, dwarf, etc) I didn’t find it too troublesome or abundantly prevalent. These folk were, after all, historically used in circus performances this way. I wish a euphemism or perhaps other verbiage were utilized in lieu of the problematic verbiage itself, if only to adapt to changes in diction in the modern age.

I go out of my way to play card games. When I played The Witcher III for the first time, I spent an inordinate amount of time ignoring all of the story portions just to play cards. It’s difficult for me not to enjoy a card game, and The Amazing American Circus is decently robust in the mechanics and options it offers. I enjoyed my time with it, and recommend it so long as you enjoy exploration, upgrades, and card games- and that you recognize that there’s a bit of randomness to the money you can gain.