PREVIEW: Tandem: A Tale of Shadows

A puzzle platformer with unique aesthetics and a dual gameplay mechanic.

Well, here I am. Yet again, presented with a platformer- of a puzzle variety, no less. This ones aesthetic is interesting, though! If there’s a spin on the genre of puzzle platforming, it usually draws my eye- and the graphics here are really just a bonus.

Thus far, I have only been able to try the demo for the game, and get some initial first impressions. What I encountered is promising- if a bit clunky and difficult to parse at times.

You play as a young girl named Emma, who has a teddy bear and is determined to solve the case of a missing boy named Thomas Kane. The information is given in an opening cinematic before the level selection begins, and we’re given a sweeping shot of London – the setting for the game itself. This is a period setting, taking place in the late 19th century- which is why, I assume, this little girl can get away with what she does. 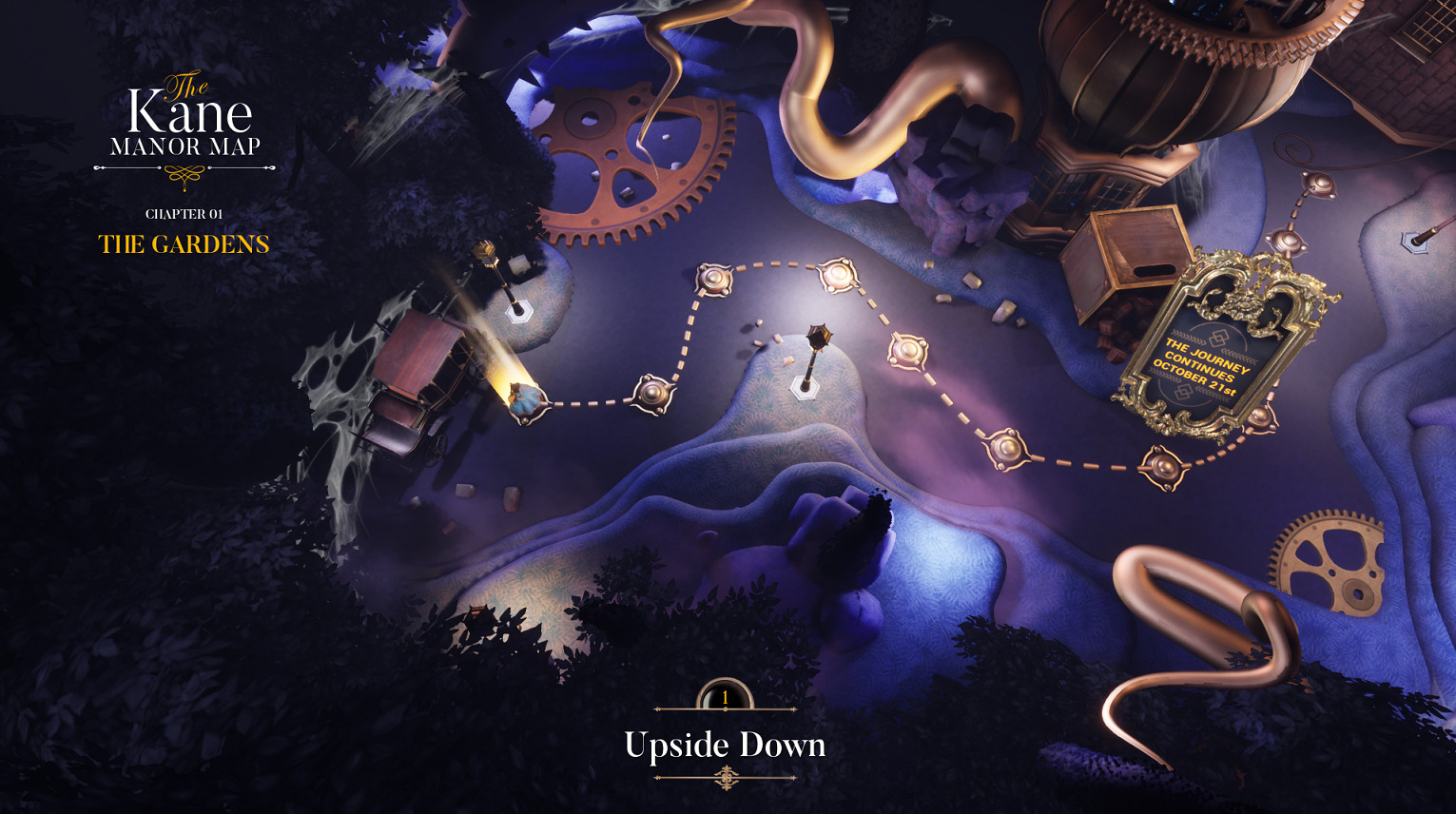 I am admittedly uncertain how this little twiggy girl does her shadow magic. It’s unclear to me if this is just an “imagination fueling the narrative” sorta gameplay– but I doubt it. The teddy bear (adorably named Fenton) is capable of interacting with switches and altering the physical environment that Emma interacts with. Either way, the girl appears to be some sort of genius. The detectives are apparently inept, and this one little girl opts to proceed with the investigation all on her own. What are the clues? Great question! How does she find them? Sorcery, probably.

The game is still being worked on, but in the demo, the origin of these powers and the narrative are still a question mark to me besides the main pillars. Regardless of the why and the how, I simply want Emma to succeed. 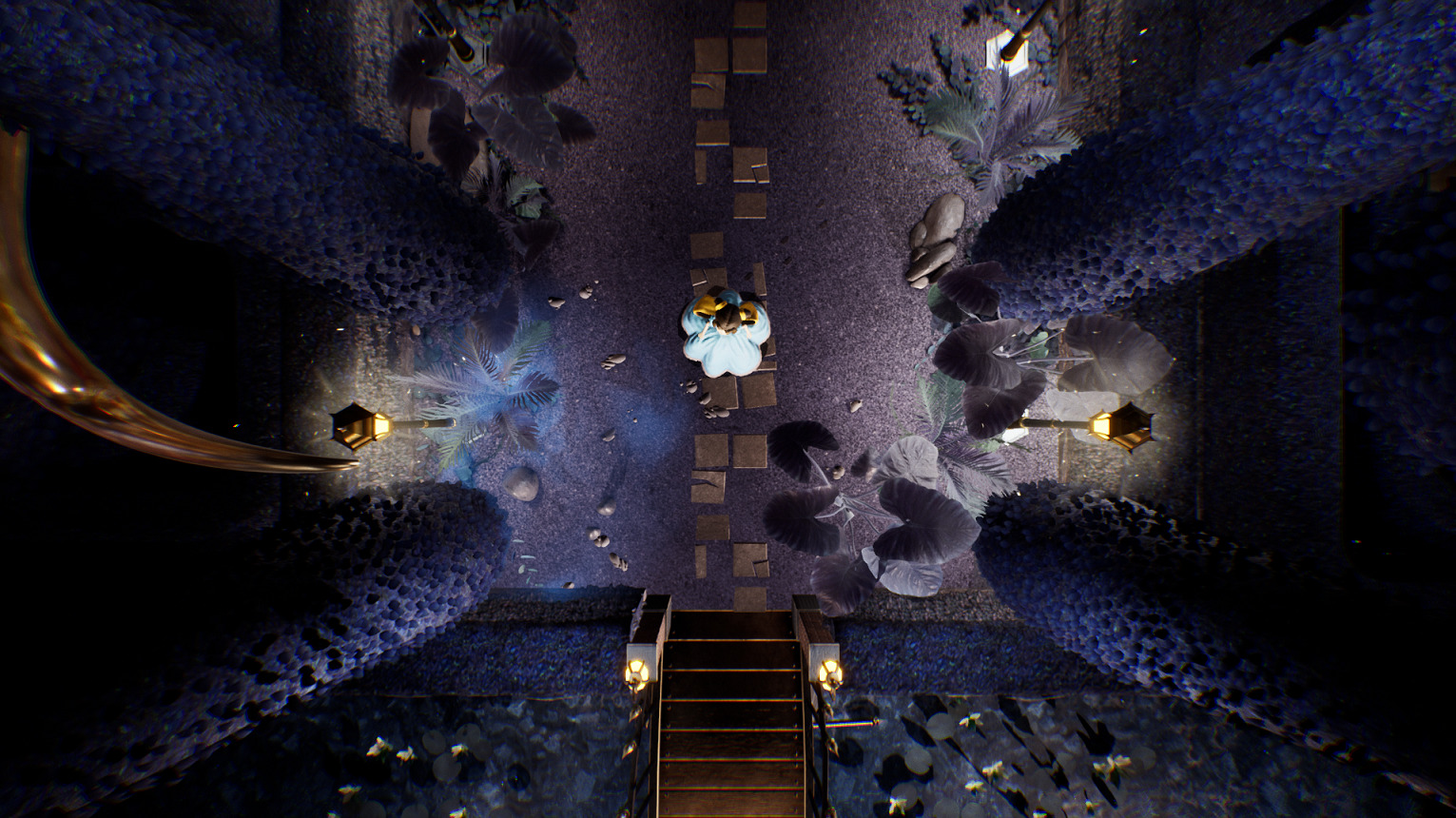 Tandem really seems to pride itself on its aesthetics. For good reason, really! The character models are highly stylized, reminiscent of- as cliched as it is- Disney meets Tim Burton meets a more youthful American McGee’s Alice. In a few places, I feel like the colours were somewhat murky, and that’s not including the parts where you play as Fenton. Emma’s world has colour in it and is more of a top-down angle, whereas Fenton is in a black-and-white realm of shadows, with a side-scrolling style instead.

More than once, this skew in perspective had a way of confusing me. It could be on me, on my admittedly rather bad vision, but I’m hoping interactable items pop out more for the final release of the game, and make it easier for me to tell where to go and what I should be doing. One level in particular towards the end had an opening in a wall that took me a minute or so to see, if only because of the camera angle. 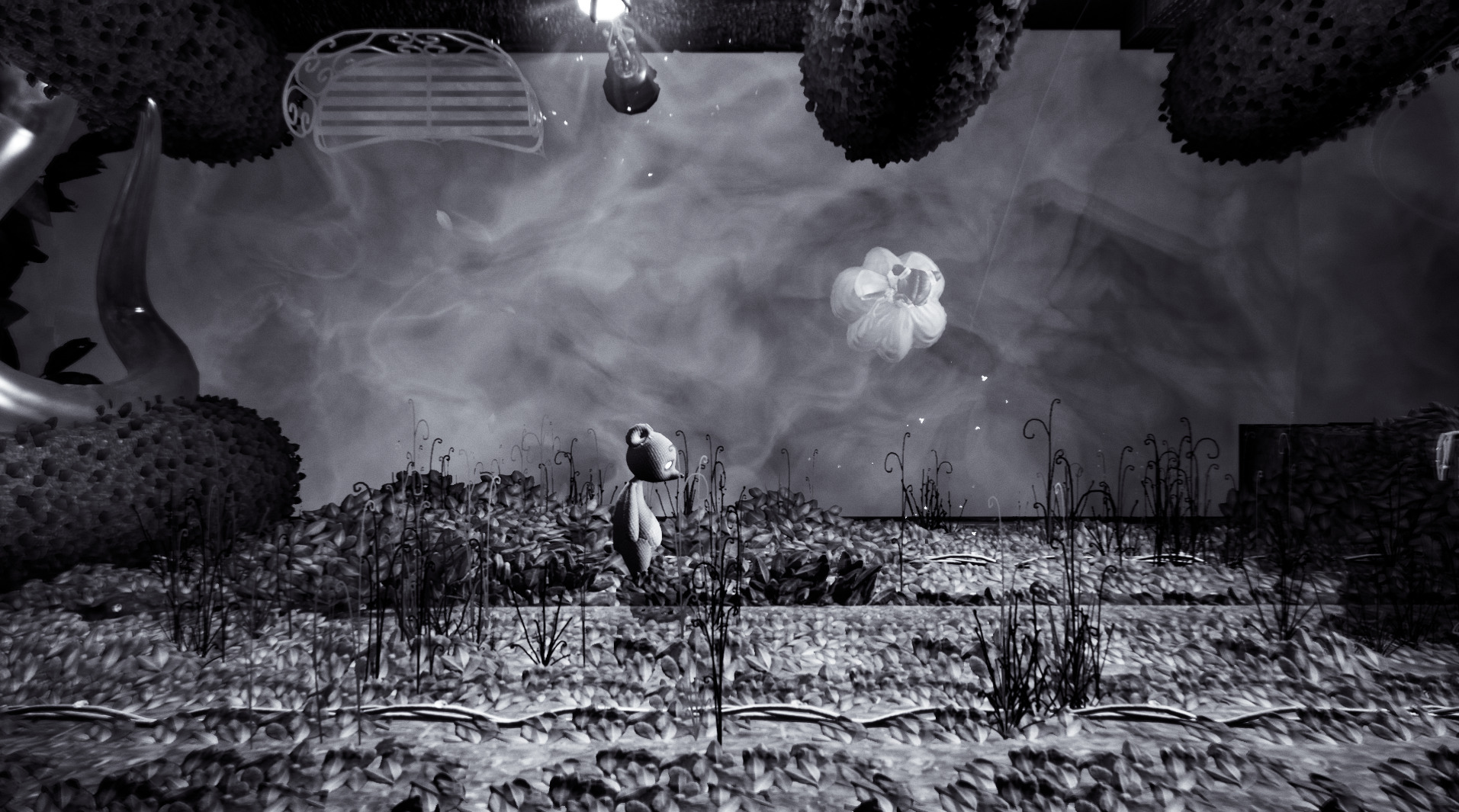 Aside from that, the game is genuinely pretty to look at, and the swap in angle and colour palette helps keep things fresh for me. 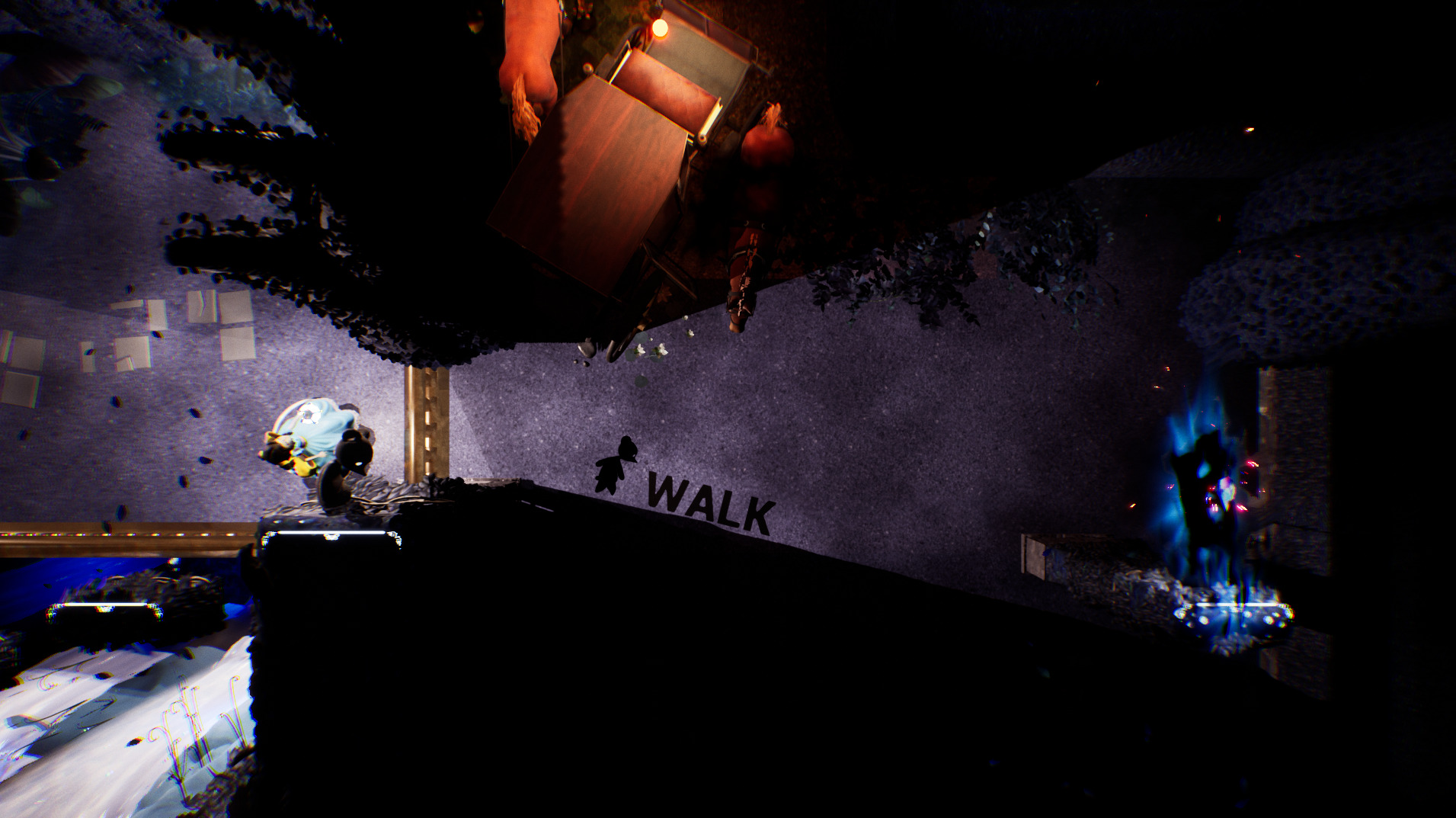 As always, this is where puzzle games tend to shine…or fail. I’d say Tandem falls somewhere in the middle. I used a keyboard to play the game, and I had to remap my keys so that I could use WASD in a traditional manner to walk around. That’s not a deal-breaking thing, but it was a confusing introduction.

The platforming portion of the game takes place entirely with Fenton, the bear in the shadowy black-and-white dimension. When you press the shift button while you have control of Emma, you can switch to being your bear, and use him to interact with switches to alter the environment around Emma. The same can be said of the girl, of course. Once you pick up the lantern, Emma is able to move objects around to change the shadows that are cast, providing platforms and ramps for Fenton to move around with. This is the main part of the game that I genuinely found interesting. There were a few points where I needed to consider my angles, where I was standing, and how it would effect Fenton. In later levels, you even get to add other items into the mix that you can move around, and that block light or aid you in casting shadow ramps for the bear.

Despite a few visual hiccups, I’m excited to see where this game goes. More than once, the perspective shift proved a bit disorienting for me, but the way the game approaches puzzles is still curious enough to catch my attention. As of right now, I wouldn’t pay full price for the game, but we’ll see how that changes when it fully releases.