The second Homefront chapter tries an open-world approach, only with partial success. Solid gunplay, excellent visuals and engaging combat are the highlights, however everything else proves to be just decent at the best of times.

Homefront The Revolution (HTR) is a first-person shooter set in an alternate history Philadelphia, during the present times. North and South Korea unified, thus becoming the world’s top technological powerhouse – meanwhile, worldwide conflicts escalate for the US, plunging the nation into massive debt. This unstable situation explodes, when Unified Korea decides to invade the USA with a false pretense of help, aimed to exploit their natural resources.

High quality visuals, with great attention to detail in all fields.
Despite being a 2016 game, HTR shows off some impressive graphics even for today’s standards. The amount of detail on character models, weapons and also the general environment, is very high at all times. Distance LOD is generous: seeing characters and battles off in the distance is not uncommon. Features such as explosions, particles, physics are fluid, very well made.

Solid combat system, emphasized by excellent gunplay.
This title opts for a realistic combat style, a choice that pays off when done properly. Bullet impacts on enemies feel meaty and powerful, as they should be, while a headshot or a few bullets at worst are all it takes to drop most human foes. Weapon handling manages to be diverse and satisfying for each murder tool – accessories and mods have a noticeable impact, too.

Standalone co-op campaign, in addition to the main one.
An entire, separate campaign is playable in online co-op. This is an unusual choice, that almost no other game has ever made, as most titles prefer to include co-op in the main story, if they do at all. Certainly this boosts content value significantly, though being unable to play it Solo might upset some.

Good challenge level on the highest difficulty.
The highest difficulty level is named Deathwish, for very good reason. On this setting enemy damage is brutal, as the lowliest goon can blast Ethan to hell in just a few shots. Explosions and high-caliber guns mean a very swift death regardless of upgrades, while enemy accuracy is quite spot on, once they get to targeting players. 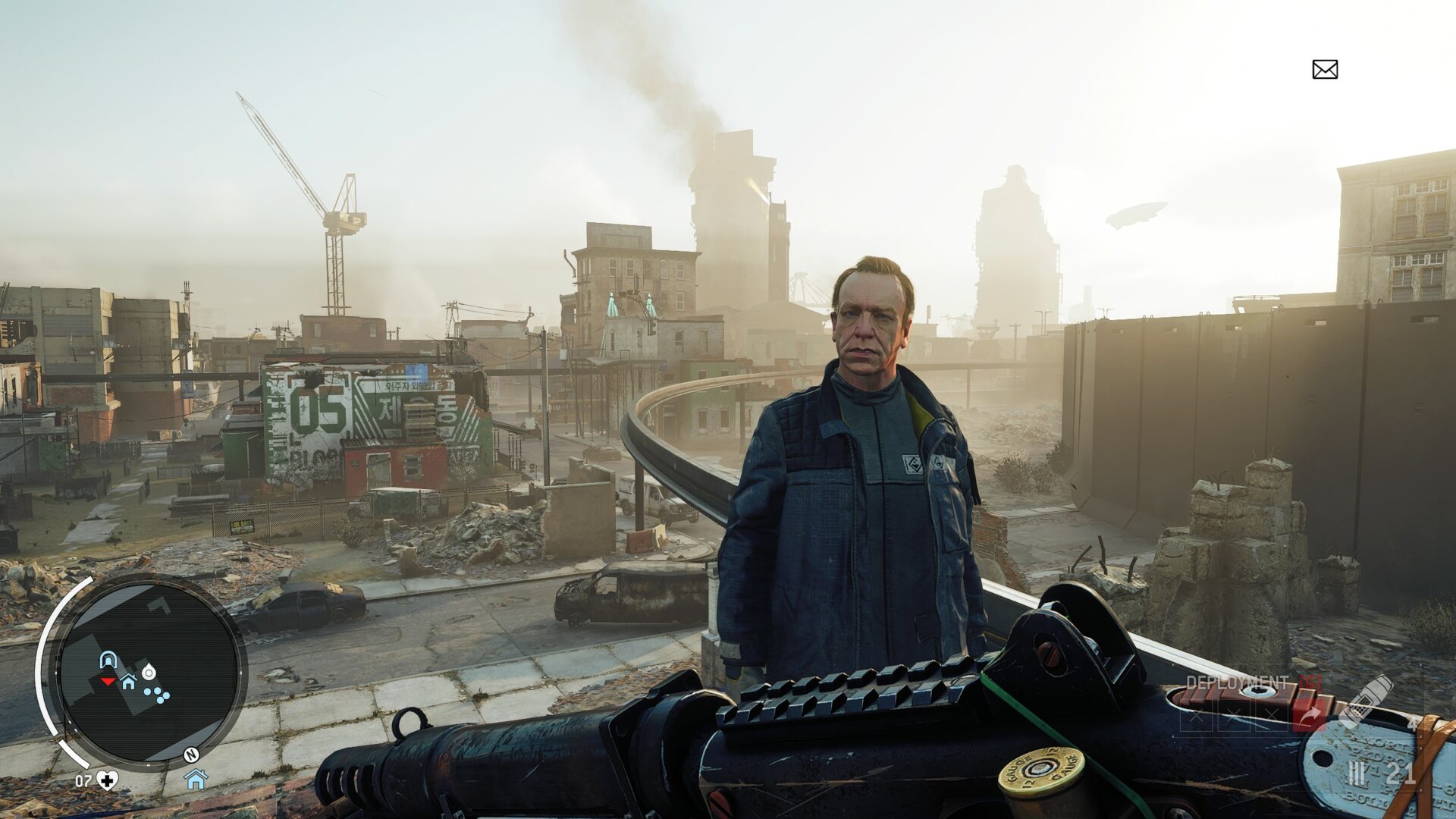 Poor variety of enemy types and behaviors.
Common foot soldiers may differ in attire or colors, but generally all act in the same way and have similar weapons. Special enemies include heavy units, and three vehicles (one of which is used as “boss” in only a very few specific encounters) – that’s all, folks! This makes combat more stale, in the long run.

Weapon balance issues across the board.
Even if each weapon has three versions of itself, most of these variations prove redundant or useless. Why should anyone use the cumbersome, slow rocket launcher, if the faster and more abundant (in terms of ammo) grenade launcher can still 1-shot any non-boss vehicle anyway? Such a point can be made for about half of the game’s weapons.

Progression / unlocks pacing is too fast.
A thorough player that fully completes every activity in each sector, before moving to the next main mission, will unlock everything about halfway through the game. From that point onward, there will be no more meaningful progression in terms of unlocks or new things to try out.

Side missions and tasks, fail to provide enough diversity.
Each zone’s side activities, from missions such as conquering strategic points – to more menial tasks such as sabotage or small-time street rescue, prove to always be the same slog. Initially the diversity is sufficient, though the pool is just not wide enough to be fresh for the whole adventure, while the efforts made to give some uniqueness in some side jobs, are not enough. 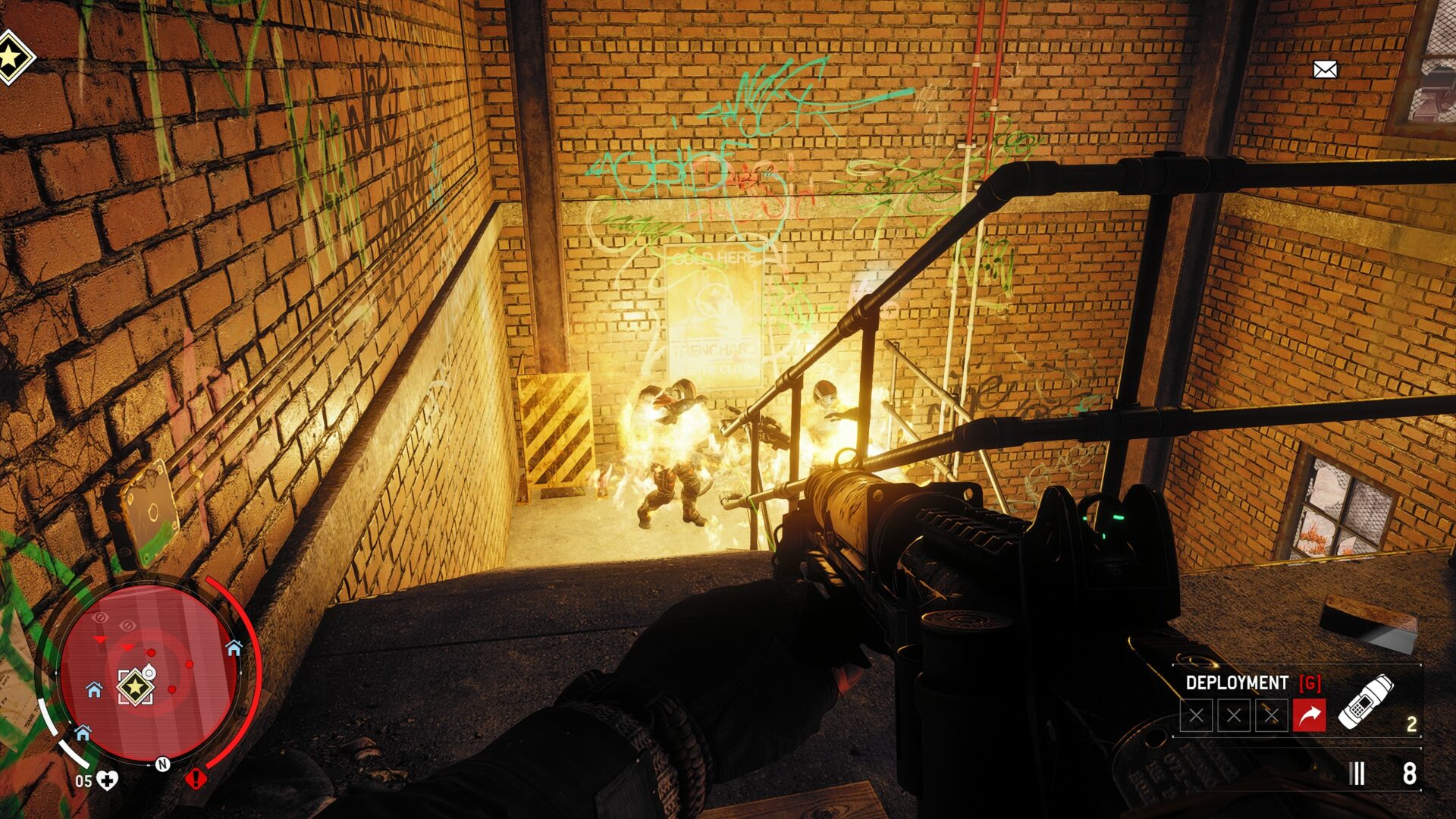 Exploration
Is generally performed on foot, however also motorbikes are present in certain areas for faster movement. Level design has a considerably vertical development, in fact several important locations will be on roofs or anyway high places, that often need some sort of parkour to be reached. In rare cases, there also will be small puzzles players need to figure out in order to open specific doors or passageways.

The global map highlights all points of interest, from major outposts to small sabotage targets, however this only is true after each zone’s Transceiver is found and hacked. Stashes of various type are also scattered around, along with unmarked secret caches that often hold great quantities of valuables to sell to the nearest trader.

Side Activities
Mainly are divided into major and minor ones. The big-time ones generally are about conquering enemy outposts or strongholds, which results in the liberation of a large chunk of map from enemy influence. To completely liberate a Zone, all of them need to be in the Resistance’s hands.

Smaller activities include sabotage (such as destroying logistical equipment), helping those in need like hostages, or activating propaganda radios. All these acts will raise the “Hearts & Minds” gauge, which must reach 100% to unlock the Liberation mission for each major zone, other than awarding Tech Points to unlock weapons and equipment.

Combat
Plays out in a classic, although realistic, first-person shooter fashion. Ethan will be able to carry one primary weapon along with a sidearm, until a second main slot is unlocked further in the campaign. Each weapon has three different modifications that can be swapped on-the-fly, a feature that allows great tactical versatility. For instance, the assault rifle can become either a LMG or a Grenade Launcher, each of these variants can also be accessorized separately.

Usually, the Resistance forces will be outnumbered and outgunned compared to the Korean invasion force, luckily the protagonist can “hire” up to four AI-controlled allies that will follow him pretty much anywhere, until their death. They cannot be commanded, however. GTK accessories in the form of grenades, controlled RC cars and more, can be crafted with scavenged resources like Batteries, Chemicals and more, and prove useful in distracting or attacking the enemy – though none of them is essential.

Character Management
Is performed at Armories generally found in any Resistance outpost. At these stations, players can refill ammo free of charge, other than exchange Tech Points and Cash for new weapons, upgrades, accessories and gear that provides passive bonuses. Also, it’s possible to change the primary equipped weapons to better suit the next mission, if needed. 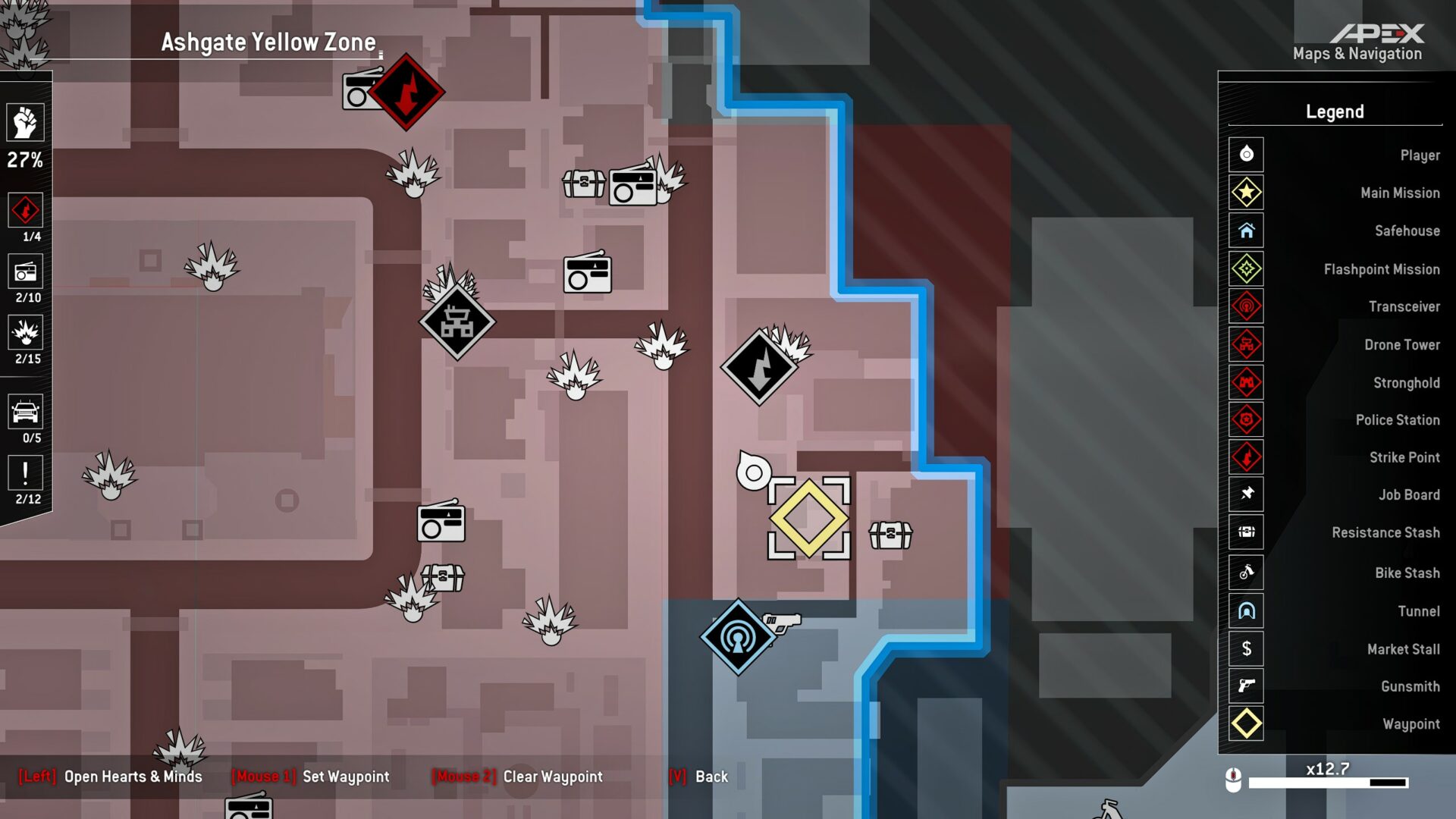 – Enemy spawns can glitch on occasion.
– Pre-rendered cutscenes are only in 1080p.

It took me around 17 hours to complete HTR, while also finishing all side activities I could find, on Deathwish difficulty. For the price of 20€ and decent quality, I’d say full price is worth only if one plans to also play the Co-Op campaign, otherwise wait for a sale.