Travel back to 1920’s Arkham and join Lone Carter in a mysterious investigation somewhat competently integrated into H.P. Lovecraft’s novella At the Mountains of Madness.

Coming from Italian developers PsychoDev and made in Adventure Game Studio, it’s a point and click throwback to the glory days of adventure games from the 80s and 90s and a prequel to the Chronicle of Innsmouth from 2017. It’s set 10 years before the first game, but it’s not necessary to know the story of the original to enjoy this one.

Just comparing the visuals to the first one, it’s obvious how much of a facelift’s been done here. Great pixel art, well animated characters and scenery, some really impressive areas and backgrounds and a very snazzy map of Arkham. I’m less impressed with the character voices. They’re not terrible and the main character’s voice is really well done, but a lot of them are kind of spotty and have this grating, mechanical feeling to them. Like they were recorded on a poor microphone or edited badly. The soundtrack fared much better, producing some nice pieces and even doing some, almost industrial metal vibes. Who would’ve thought that went well with Lovecraft? 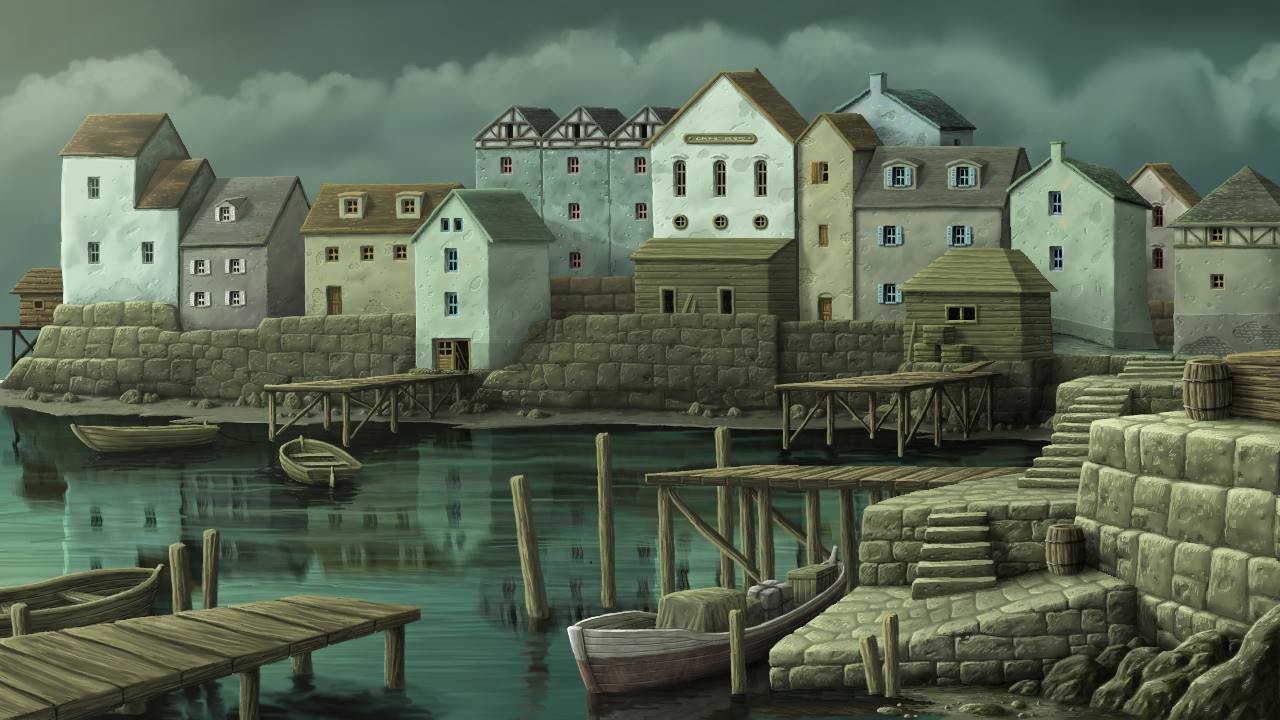 Story cutscenes are a mixed bunch. The best ones come in the form of animated comic-like panels and these are very nicely done. As is the norm for adventure games, a lot of exposition is done through in-game conversations where the player doesn’t have any control and these are not skippable, except the dialogue in some cases. The problem is, for a rather short game, there’s a bit too much player downtime. The worst offender visually are, no spoilers, some scene transitions that occur on a blank, beige screen with text and voice overs. That was kind of jarring every time. 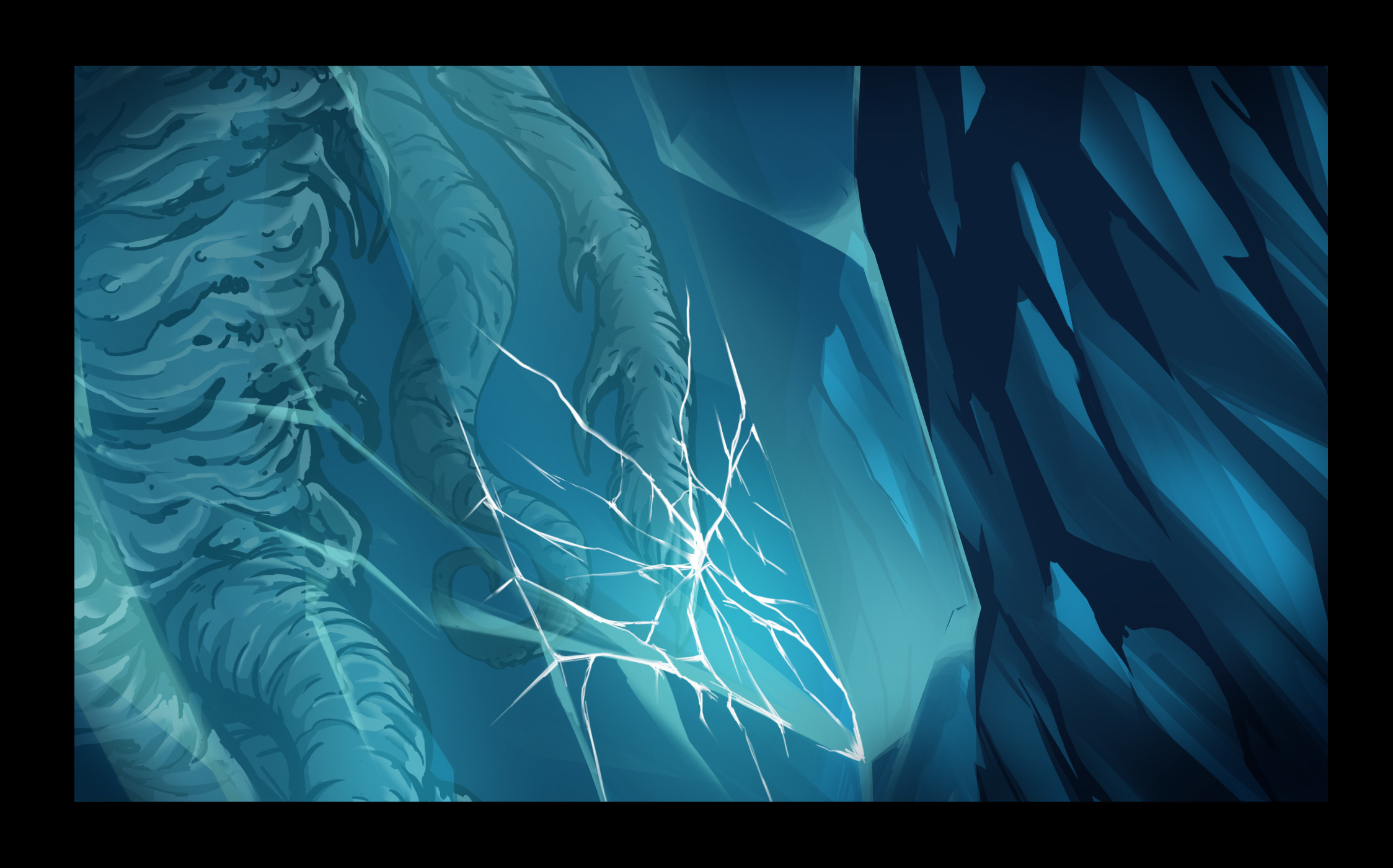 The story follows Lone Carter, a private investigator that looks, speaks and acts like he got pulled straight out of a comic noir into the Miskatonic County by forces unknown. The game also occasionally switches control to different characters, including Abdul Alhazred, author of the fabled Necronomicon and even H.P. Lovecraft himself. Without any spoilers, the story intertwines Lone’s search for answers to his condition after being touched by too many tentacles from the Beyond, investigations of grisly ritual murders and the original plot of the Mountains of Madness, but with less geological surveys and science talk. And it mostly succeeds. 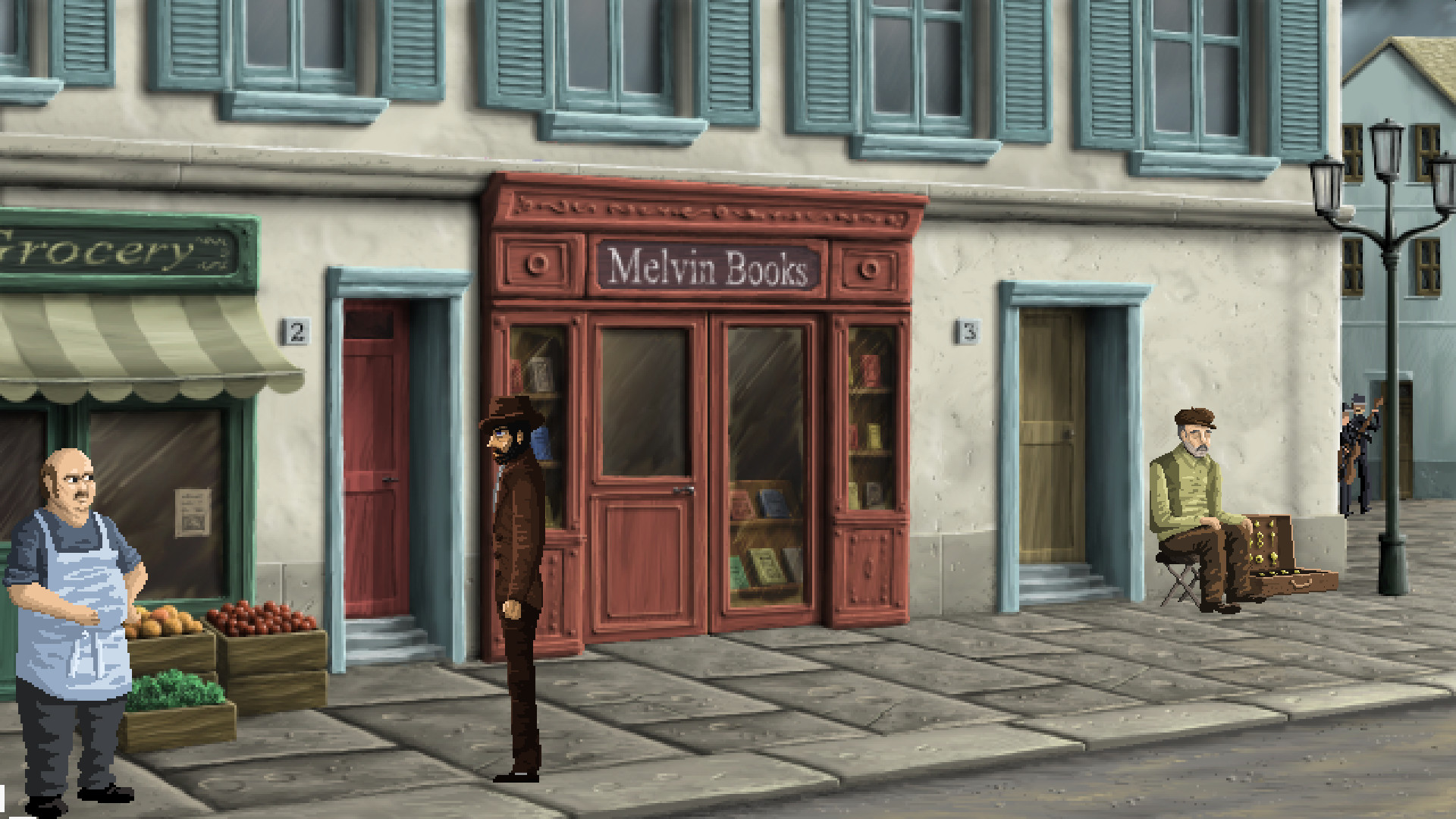 There are some abrupt character switches, a slightly underwhelming feeling of dread, some loss of focus, a few overly long cutscenes and a few tries at some light humour, which I think doesn’t sit well with Mountains of Madness. But, there are also some great, gory murder scenes, good characters, solid puzzles that don’t overstay their welcome or break the flow, intuitive environmental clues, no needless inventory items or fiddling, no pixel hunting, very simple controls, interactive points highlighting, lots of references to Lovecraft’s other works and characters and just a general feeling of smoothness and gentle nudging of where you need to go next. I’ve never felt stuck in my 6 hour run time. I’ve also found at least one possible death scene, there may be more, but the game just put me right before my poorly thought out decision to run into a hail of bullets.

The Void of AGS & Final Thoughts

I ran into some technical issues with the Steam overlay. I was running the game in 1920×1200, but the game uses 1920×1080 and puts black bars at the top and bottom. In full screen, when I brought up the overlay and then turned it off, it stayed visible on the black bars at the top and bottom. The highlight icons for interactive points also stayed displayed when I turned off the overlay. And I’ve managed to break the game by saving it with the highlights always visible after turning the overlay on and off and when I tried loading the game, it repeatedly crashed, always giving the same error, overlay not found. It seems that might be an issue with AGS and not necessarily the game. Switching to windowed mode solved the visible overlay issues, but it didn’t solve the highlights staying visible and game freezing. Avoiding Steam overlay seems to be a good course of action, for now.

For all the slight hiccups and issues I mentioned, Mountains of Madness still carries itself competently. It’s an interesting and enjoyable story, with simple game dynamics, tackling Lovecraft’s earlier work in a new light by adding a detective story into the mix. It certainly did push me to peek at the first chapter of the saga. I’m not really thrilled with the asking price of 17.99€, which is along with the issues it has and the short running time, the reason why I’d recommend getting this on sale.