State of Mind is a solid narrative adventure with complex themes and excellent world design, that however doesn’t reach excellence due to pacing problems and lack of choices.

State Of Mind (SoM) is a futuristic narrative adventure set in Berlin, 2048. Players impersonate Richard Nolan, a journalist that through his work, tries to oppose humanity’s increasing dependency from machines and artificial elements in everyday life. After a grievous accident, the protagonist starts to doubt his own perception of reality and memories – a factor that will eventually bring him to uncover something unimaginable.

Excellent world-building, rich in details and nuances.
Aside from uniquely-styled visuals, SoM depicts a realistic state of future world politics and society, heavily influenced by technology’s rampant evolution. Augmented reality, domestic robots and an almost Orwellian level of surveillance are commonplace – relations between East and West blocs of the world are at an all-time low.

Articulate story that delves into morally complex themes.
This title has transhumanism as main theme, using Richard and his aversion to technology as a medium to raise moral doubts into the player, such as: what does truly define an individual, the existence of souls and more high-profile existential subjects. The game never “answers” these inquiries directly, leaves them open to interpretation.

Solid development of characters throughout the story.
The personalities of Richard and all the major secondary characters encompassing his life, do evolve in a tangible manner as the plot unfolds. As more discoveries are made and certainties are broken, the true nature of people emerges, as it should be. Each of them is well defined and consistent from start to end, without major flaws.

Interesting, varied puzzles and minigames.
To break pacing and introduce novelty, SoM uses a good variety of puzzles and minigames ranging from hacking to information gathering, practical problem-solving and even some shooting. Some of these are realized in a “point and click” style where one has to find the correct item combination to move forward, while others are more unique. 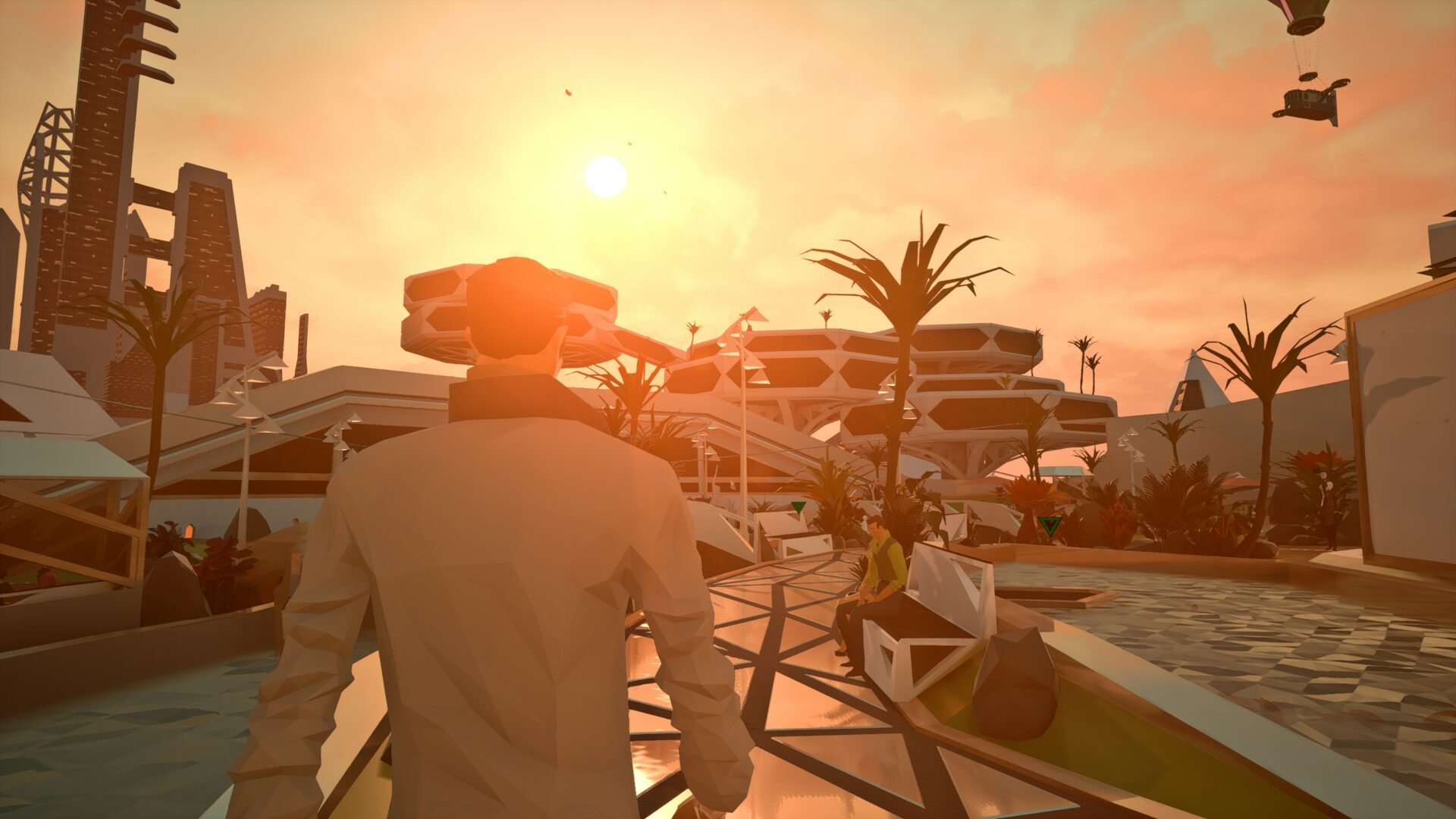 Narration pacing is dull and slow.
Narrative-wise, SoM can really become a drag, especially in the first half. An excessive quantity of inconsequential activities and dialogues is present, while also quite too much backtracking. Nothing interesting happens for extended periods of time: this disrupts the pacing and makes following the story a dull chore, even if it has a good premise.

Character models can look very disturbing.
While the low-poly style is excellent and depicting environments, it can make characters look straight out grotesque more than a few times. The protagonist and some are alright, others aren’t, with low-poly faces being “distorted” in very bizarre ways in the attempt to emulate the nuances of a human face. This can be immersion-breaking.

Low amount of meaningful branching choices.
Despite having diverse reaction options in dialogues, what Richard does or say rarely has greater consequences in the story, or in his relationship to the characters around him. Sometimes they do, but it’s an exception and not the rule. Choices are as well limited and ultimately lead to the same situations, with only the illusion of a greater complexity. 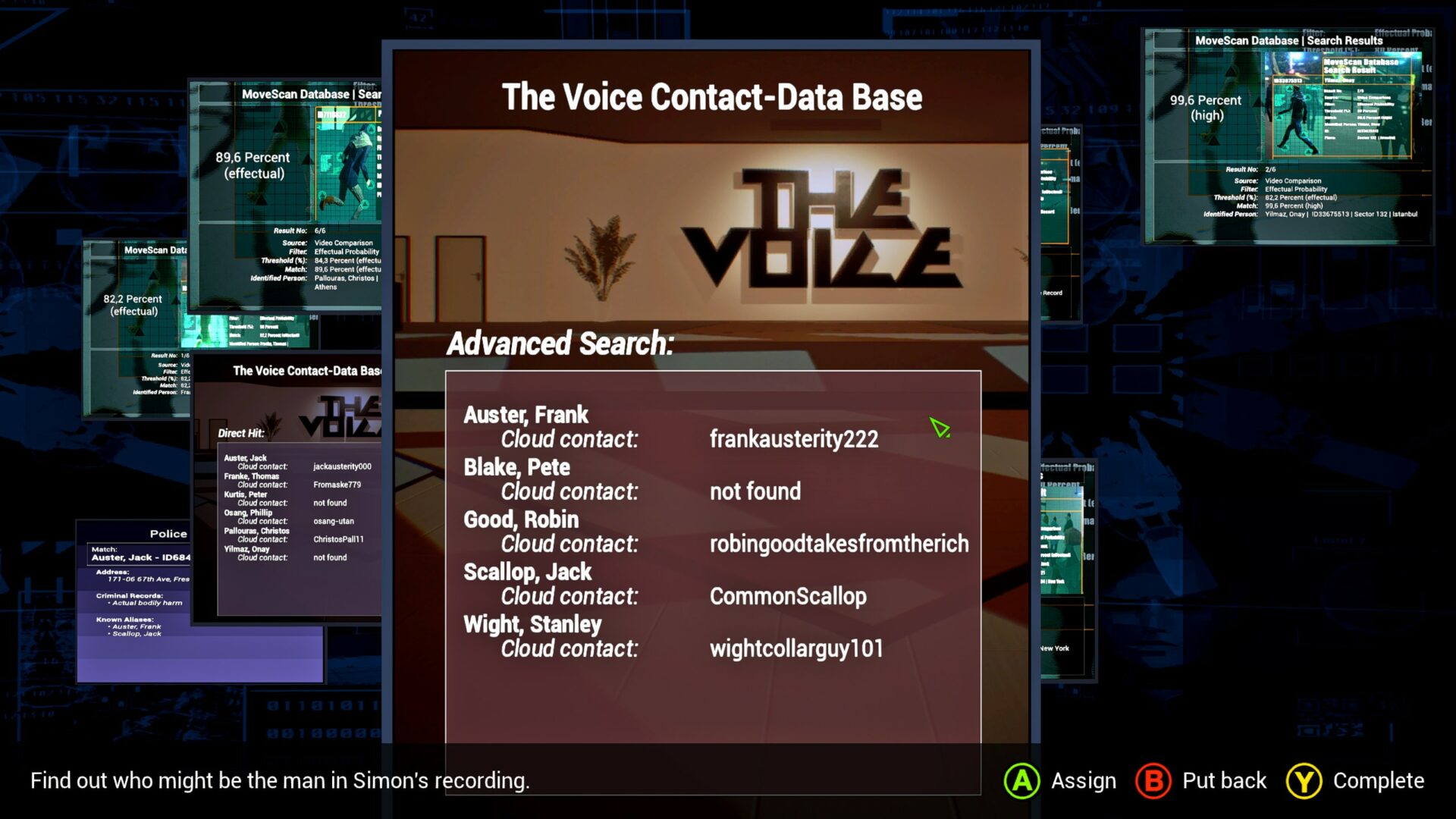 Exploration
Is performed on foot, across the streets of Berlin and even in virtual reality at times. Each environment is not very large and linear in design, with secondary areas being few, often just housing some collectible or minor interaction. SoM focuses more on density than quantity of locations, so expect to have different things to do in the same places multiple times. To move between settings, realistic travel means such as trains or cabs can be used – but only at certain times.
The augmented reality interface can provide info on many elements of each environment, interactions are plentiful.

Dialogues
During his adventure, Richard will be able to directly speak or video-call his contacts to trigger main quest-related dialogues but also plenty of secondary ones, that however have no consequences. The protagonist can choose how to react most of the times, and while this influences the behavior of a few characters – most will just end up the same way regardless. It’s not uncommon for this genre to provide the “illusion of choice”, yet it remains an unsatisfying premise.

Puzzles
Are generally about finding the correct item, or combination of objects, needed to progress. At times these can also be a sequence of dialogues relayed by Richard from one NPC to another. Some other times enigmas take a more unique turn, proposing logic-based obstacles such as activating switches in the correct order or navigating a virtual maze. These puzzles are a good diversion, provide a needed break from the main gameplay loop that however remains dull overall, due to global pacing.

Minigames
Are generally about operating machinery or controlling mechanical devices, these can range from sabotaged police drones to assmebly machines and more. During these sequences, a more action mood is taken in general, with proper enemies appearing at times, even. Such situations are however, few and far between, and not particularly challenging either, as expected from this genre. 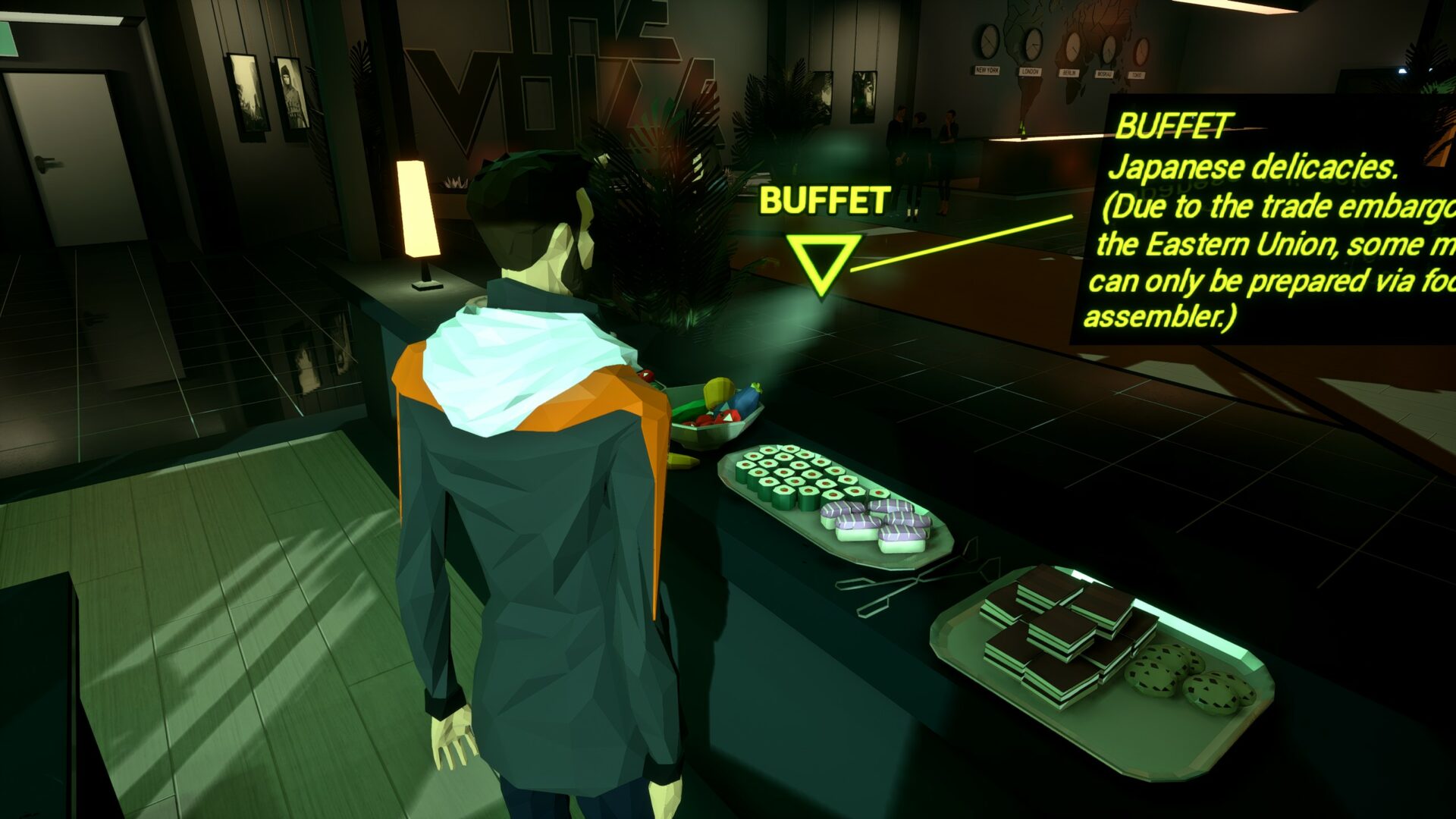 It took me around 10 hours to complete State of Mind, taking time to explore each are carefully as well. Replay value is minimal as there aren’t many significant choices to try out. For the current price of 30€ and despite having good quality, i’d still suggest waiting for a sale (25-30%+) before buying.