Do you like how Link can glide when he picks up a chicken in Legend of Zelda? This game has that at least once, I promise.

Often, I feel as though I start reviews or open them early by saying “I am not good at (x genre of game). When it comes to stealth games, they really tend to be hit or miss with me. Sometimes, the mechanics click and I race through the game easily. Others require a bit of trial and error, and have rocky waves crop up intermittently to give me trouble. El Hijo – A Wild West Tale did fall more into the latter category, but I’ve always had fun trying to soldier through roadblocks.

It’s important to note, perhaps, that El Hijo means “The Son”. You play a nameless little boy, and your mother provides you help through your entire run. Being this little boy means being taken care of, but also striving to mimic that nurturing and assistance you’ve received.

The story proceeds in a wordless way. There’s no dialogue to read or voices to expand on the situation. You are watching everything take place, based on the adorable models or the cute animations. Immediately, you visit a grave with your mother and place a flower upon it. It’s a soft moment the two of you share, before giggles and playtime abound. The first level acts as a tutorial, with your mother guiding you through various beginner-skills you’ll sorely need momentarily. By the time the two of you sneak past scarecrows and creep through the shadows and around planters, you return home to the place burning. Immediately, your mother opts to protect you, and get your somewhere safe. Someone is responsible for arson, and it seems she doesn’t want you involved or harmed by them. Instead, she drops you off at a monastery before continuing on…and being chased, herself. 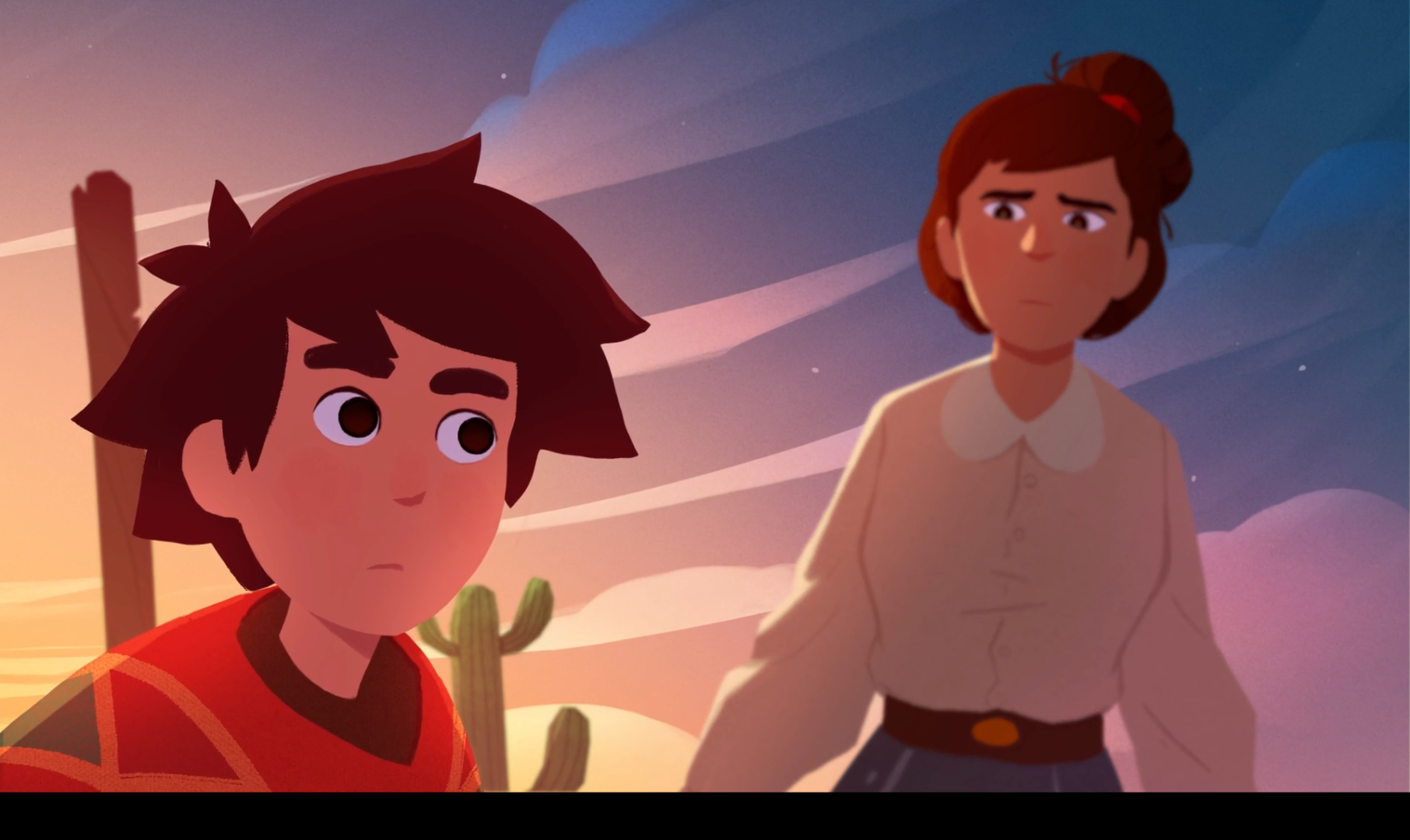 Queue the breakout sequence. Obviously, you can’t stay here among these boring monks, stuck in strange, daily cycles. There are places to be and people to save, and you begin the journey of traversing through multiple levels to find your way out. Along the way, you get the option to locate and also inspire multiple other children stuck in this place, and encourage them to act out. Throwing paper airplanes, jumping in place, making noise, and just generally behaving in a way the adults around them might be troubled by. While it’s a small mechanic that acts effectively as finding a number of kids per level for completion, I found this element in particular charming. Sure, El Hijo is on his way to help his mother, but he’s helping so many other people along the way.

There are more levels and areas besides simply the monastery. It’s not a spoiler for me to say that life is difficult for the two main characters, and things continue to go wrong for them. Still, perseverance and grit prove meaningful here, regardless of any sort of dangers. Further, regardless of what obstacles they’re met with, El Hijo (and another character you get an option to play later) still doesn’t really cause any harm to any enemies. While this world is cruel, El Hijo is mostly here to get through with the least amount of resistance possible.

Yet again, appearances are one of the things that primarily drew me to this game. The graphics themselves are adorable and bright, and the animated sequences roll out smooth, with almost chalky-texture to the visuals. While it could easily be said that the colour palette, overall, uses a lot of oranges and browns, I never found it particularly muddy or unappealing to look at. 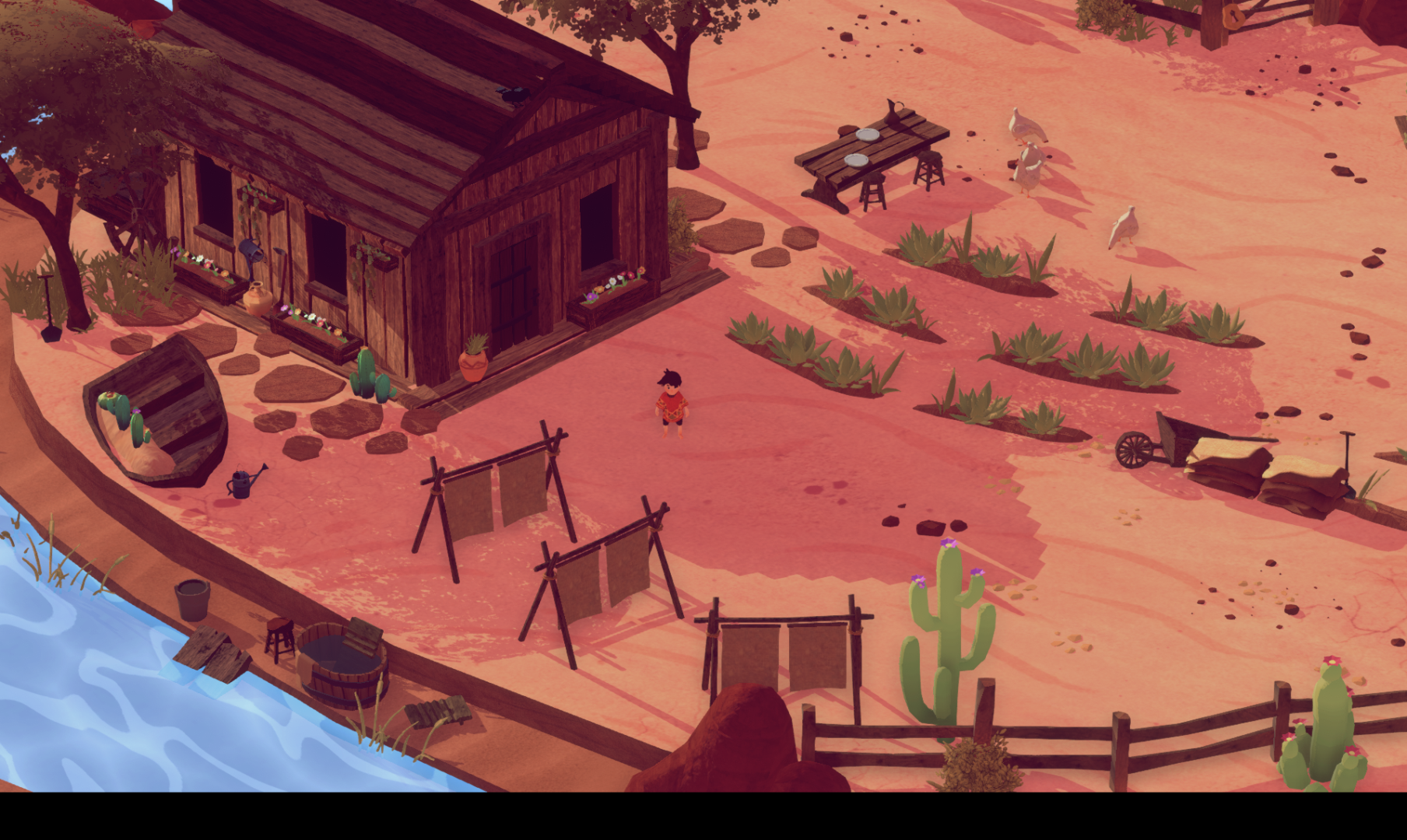 Here’s where El Hijo is supposed to shine – and where it intermittently fell flat for me.

Controls are decently straightforward! I used a controller, so you use L2 to run, and have a stamina circle that controls how long you can run. I found the feature similar to Breath of the Wild. X is the button you press to interact, and you can hold R1 to get a (literal) bird’s eye view around you to see the surrounding enemies sight cones to plan your progress. There are blue spots on the ground that act as checkpoints for each level, and there are thirty levels total. The environment itself often allows you spots to hide, like behind curtains, in furniture, in mine carts, in the pollen from plants, and so on. While the levels evolve and get harder over time, the game gives you items to make things a little bit easier. You get to throw rocks, and eventually get a slingshot to break things or cause more noise. There are wind-up toys you can use to draw enemies attention, and at least four more power-ups over the course of the game.

To an extent, I can blame myself for some of the gameplay issues. I learned very quickly that taking your time was necessary. Still, the way some models turn and manage to catch you with their sight cones, or the unpredictability of how models might respond if you knock them out of their usual patrol with a noise or something like that was difficult to predict. More than once, an enemy might catch me when they otherwise shouldn’t have, only because they were alerted, for a moment, to a noise near me that I thought I was out of the range of causing.

Ultimately, I didn’t find the issues I ran into game breaking, and they happened infrequently enough to still ultimately be enjoyable. Even through my occasional frustration, the game kept its charming air and made me want to come back to it after a short break. 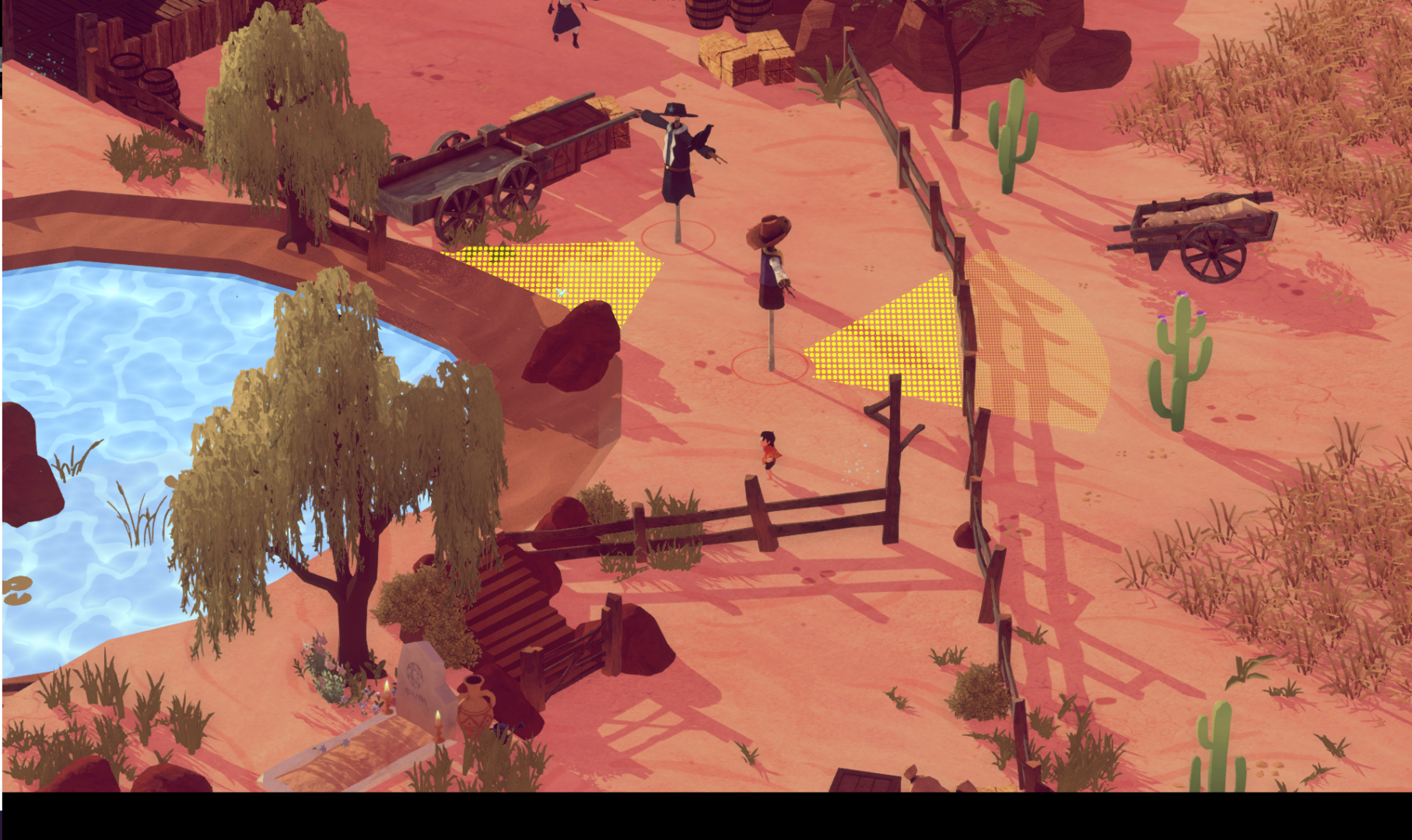 While the game isn’t abundantly long, I enjoyed the time I spent with El Hijo. It doesn’t necessarily feel like a particularly complex stealth game, but the stakes themselves are high in-universe. I wanted this little boy to find his mother and get back home, and found myself often times wanting to conquer or find novel ways to get through certain obstacles each level presented to me. Occasional gameplay issues frustrated me, but the graphics, sense of self satisfaction from sneaking past certain tricky enemies, and overall ‘spaghetti western’ soft revenge story kept me intrigued enough. Some of the end levels are quite long, but I still don’t find myself upset that I spent time having to replay chunks of them if I stepped out of place. The sense of Puckishness the boy progresses with made things a lot more appealing to me, personally. You’re helping other kids out, rather than hurting people or causing any real damage.

If you enjoy stealth games, non-narrative games, or are looking forward to a short adventure with a lot of charm (and don’t mind sneaking around and taking your time to learn patterns), I can recommend this game.