If you think simply talking about your problems will solve them in a game like this, then you’ve got another thing coming

Yakuza Kiwami 2 is the remake of Yakuza 2 that was originally released in 2006. You play as Kazuma Kiryu, who is called back into action after a year of leaving the Tojo Clan regarding a murder that was committed by a rival organization, the Omi Alliance. Kiryu must prevent a war outbreak between the two clans. This being my first Yakuza game I went in with little to no expectations or knowledge about this title, it’s safe to say that this game deserves all the praise that it gets. If you’ve never played a Yakuza game, then you’re in for a wild ride.

This title follows with the franchise’s overall story from the previous Yakuza game, even though I imagined that I would be somewhat lost with what was happening in the storyline that wasn’t the case. It’s like its own separate story, characters were introduced and small flashbacks are played when significant characters appear that were in previous games. That being said, you’ll obviously have a few spoilers from the previous games here and there that you can’t avoid so keep that in mind if you don’t plan to play this game in chronological order.

For someone who doesn’t usually follow stories in games all that much, this title definitely hooked me unexpectedly. The story strings you along for the first few hours but things do start rolling eventually, there’s just enough detail and crossover with previous games to keep the story interesting throughout. There’s a decent mix of humor and serious moments throughout the game, luckily the game knows when to make a joke and when to take situations seriously.

Solving Problems with Our Fists

It isn’t hard to grasp the concept of this franchise, you get approached by a bunch of thugs, they get angry at you, you throw some punches and everyone lands on the ground with weird ragdoll physics. It’s a very fluent and gratifying beat ‘em up that never seems to get dull despite how often you go up against a group or boss. Your attacks are pretty simple, light, and heavy attacks, grab and your special attack. A special attack is granted when you get enough energy, which is acquired when you hit an enemy, when the game prompts you to do so, you can use a special move depending on where you are, where your enemy is and if you’re holding a weapon. These play out in a small cutscene off to the side for you to enjoy the pure satisfaction of Kiryu practically impaling his fist into an enemy.

Balancing on the other hand is practically non-existent even on the harder difficulties and against bosses. You’ll be able to easily punch your way through any gang that stands in your way or bosses that you encounter that might appear intimidating at first. Being able to store weapons that you pick up, especially any bladed weapons, seems like a huge oversight since obviously no matter how strong you are, you can’t block against a blade. This gets exposed the most when you go up against any boss, you simply get out your katana and go slicing up anyone who stands in your way. The special attacks are also generally overpowered, being able to demolish an entire bar or two of the boss’s health without breaking a sweat. 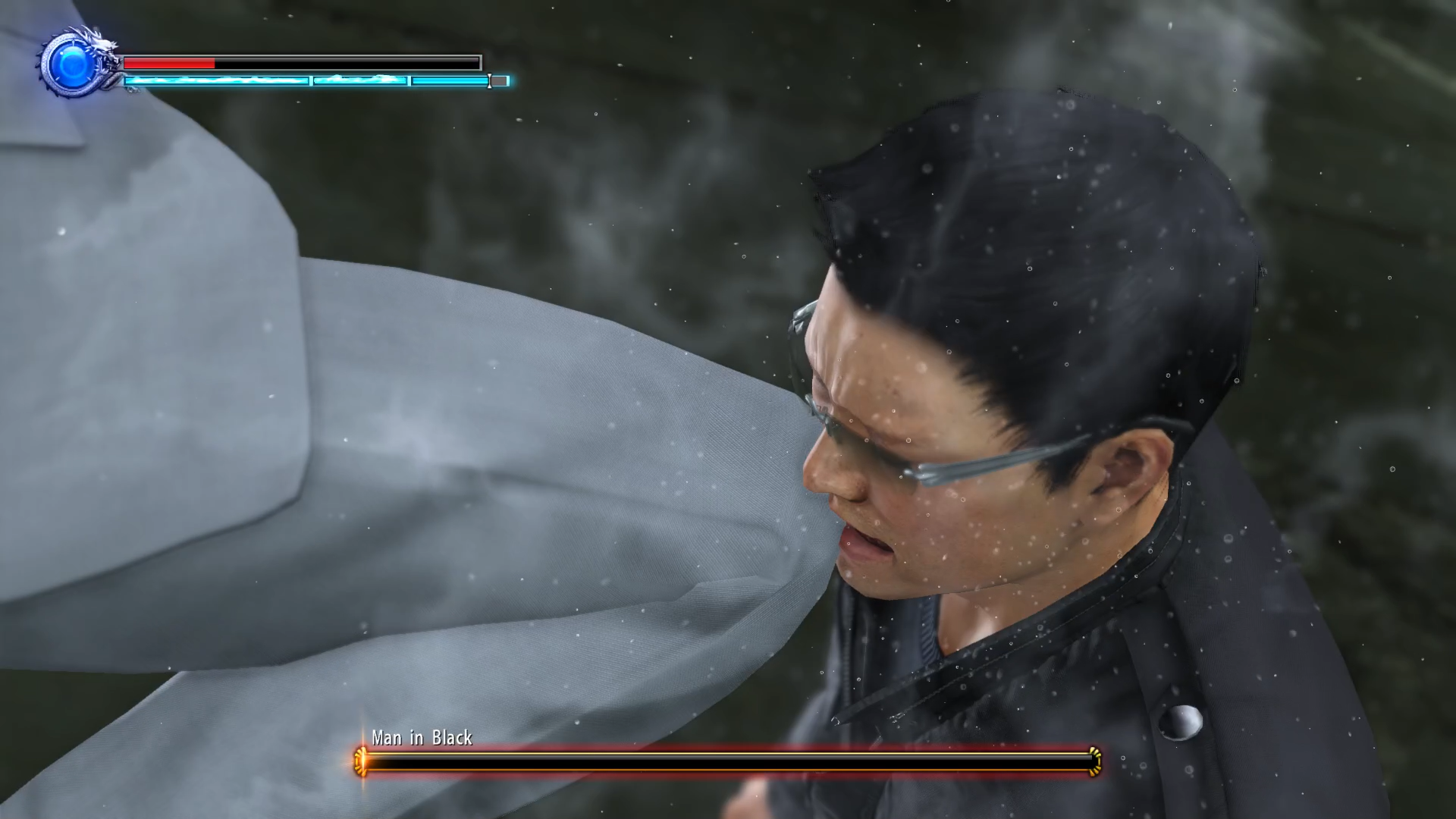 To say that Yakuza Kiwami 2 has some side content would be an understatement, to say the least. Despite the need to rush from point A to point B at times in the main story, you’re still free to roam around the city you’re in to talk to people, eat at places, play mini-games and help other people in the city with their problems. Because apparently, Kiryu has all the time in the world to do whatever he wants whenever he wants, which really gives the player a lot of freedom to explore and do practically anything they want in the city.

The types of side missions you’ll encounter aren’t your standard run of the mill missions where a random person asks you to go to this location and recapture this section of the city because it’s been overrun by a gang. Each one has a small storyline that acts as a reason to get you involved in that person’s problems or the problems that you get into yourself (which happens more often than not, but usually ends up being comical). Sure these NPCs aren’t voice acted, but the dialogue has enough thought and detail for an NPC side mission and trust me, there are quite a few that you’ll find.

Mini-games are an entirely different scene for this title compared to side missions and you’ll be surprised (in more ways than one…) at what you’ll come across in this title. Some of them feel just as fleshed out as the main game and can distract you for hours on end, whilst others are simple claw machines or arcade games that you can play using your currency. So have fun playing the claw machine for hours on end trying to get every single plushie in the game! Though that being said, don’t be too surprised if you find some… unusual mini-games out there, this is a Japanese game after all… 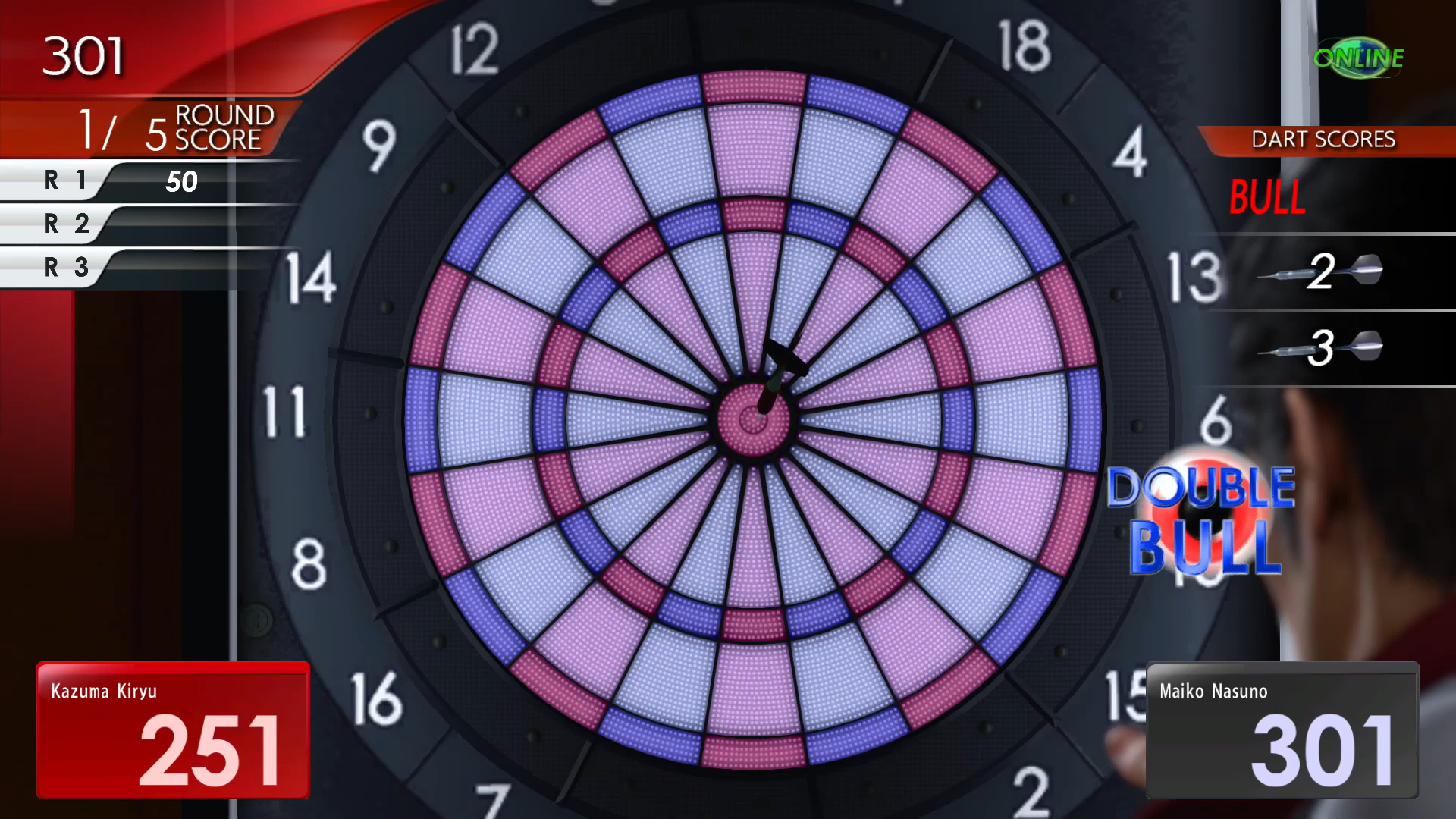 Reading a Boss by Its Moves

On the surface, boss battles might seem extremely exciting and just as satisfying as fighting normal thugs that you find roaming in the city. The music is epic as you go up against a main boss and your finisher moves on some of them are extremely satisfying, but the core gameplay for bosses is just dull. That isn’t to say that the overall combat is bad, just the bosses themselves. The way that bosses react to your attacks and how they attack you depending on what you do just feels too much to keep the combat fluent and enjoyable. Now that’s not to say that the bosses are difficult, they’re just not entertaining as a boss battle, allow me to explain further.

Bosses come in a variety of sizes and forms, but the majority of them are the same but with different punches and kicks which isn’t really the main problem (though thinking back to it now, there wasn’t really that much variety with bosses… What made them all feel different was the exciting and lively places and environments you were fighting at that make each one unique and memorable, but I digress). Some of them have blades which you obviously can’t block against but can backstep to avoid getting hit, this is just more of a headache since your block is useless. When you go fist to fist against a boss, however, there isn’t much fluency, you hold block to block their attacks then you attack 2 – 3 times and then rinse and repeat. If you block at the correct moment instead of holding it down then you can parry them which leaves them vulnerable to attacks for a few seconds, though sometimes this can be difficult. That’s about it, depending on how many layers of health the boss has will depend on how long the fight will play out for, it feels like it drags on with nothing interesting happening throughout. It feels like it depends way too much on the special attacks that you can only slowly build up.

The graphics are definitely a show-off, with bright lights all over the cities, it was easy to get lost simply walking down the streets in the first-person mode and looking at what the game presented. Granted, it might be a bit too bright and cluttered with so much going on, but for myself personally, I admired and took in everything that I experienced even as I was focused on kicking the living daylight out of thugs who looked at me funny on the streets. 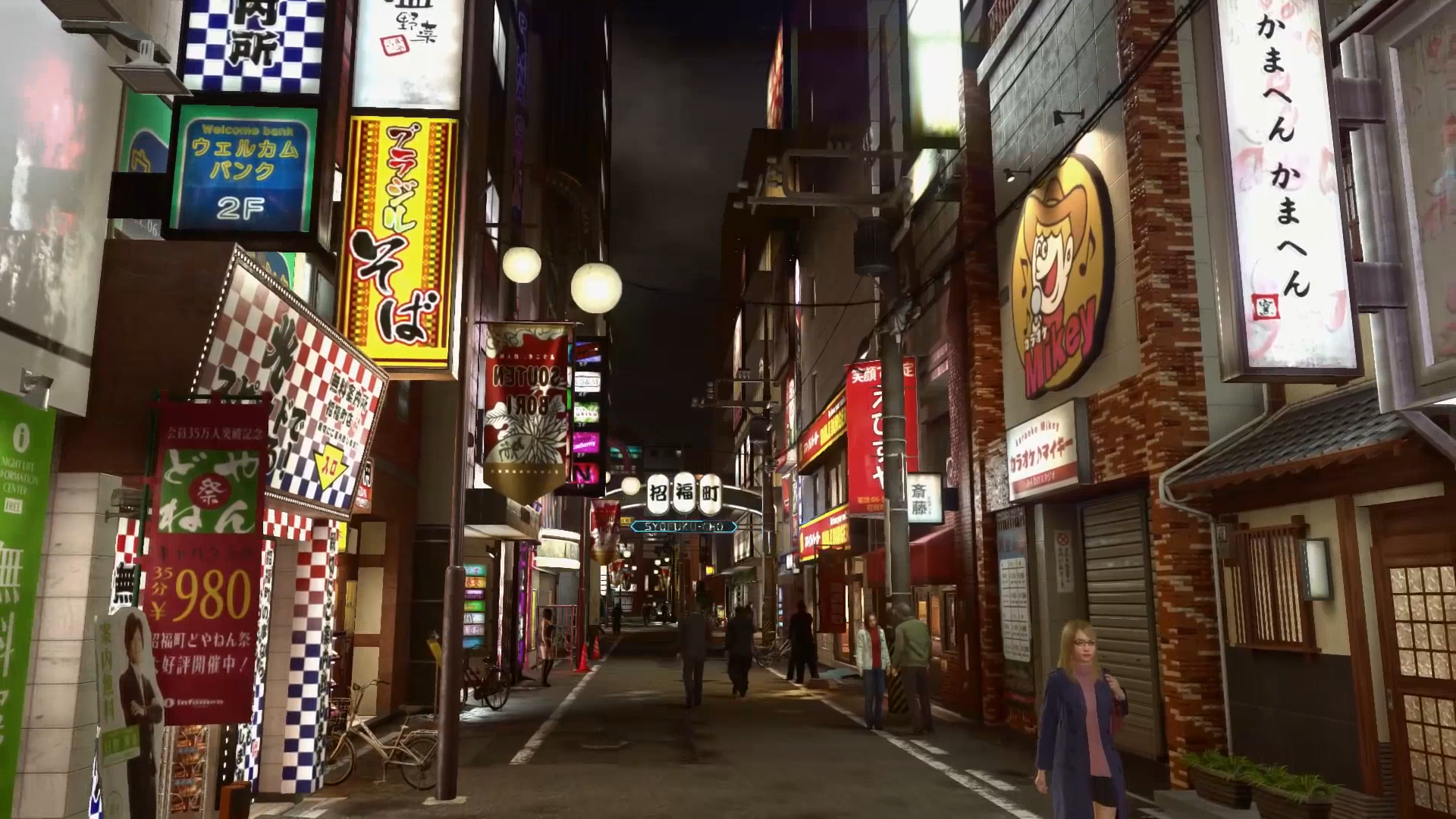 Yakuza Kiwami 2 definitely lives up to its name with all the praise that it receives, from the hours upon hours of side missions and mini-games that can distract you longer than the main story will. This game thrives off the endless amount of content that it provides along with a satisfying and interesting story and fluent combat system. Sure, the boss battles aren’t that great and might be dull along with some odd design choices here and there, but you can easily overlook and even forget about these smaller issues when you’re too busy beating the hell out of a gang of thugs that looked at you funny. For anyone who hasn’t played Yakuza Kiwami 2, you’d be doing yourself a favour to pick it up when you can, you won’t regret it.