A simple but effective game with an emotional message about death, regret and contemplation. 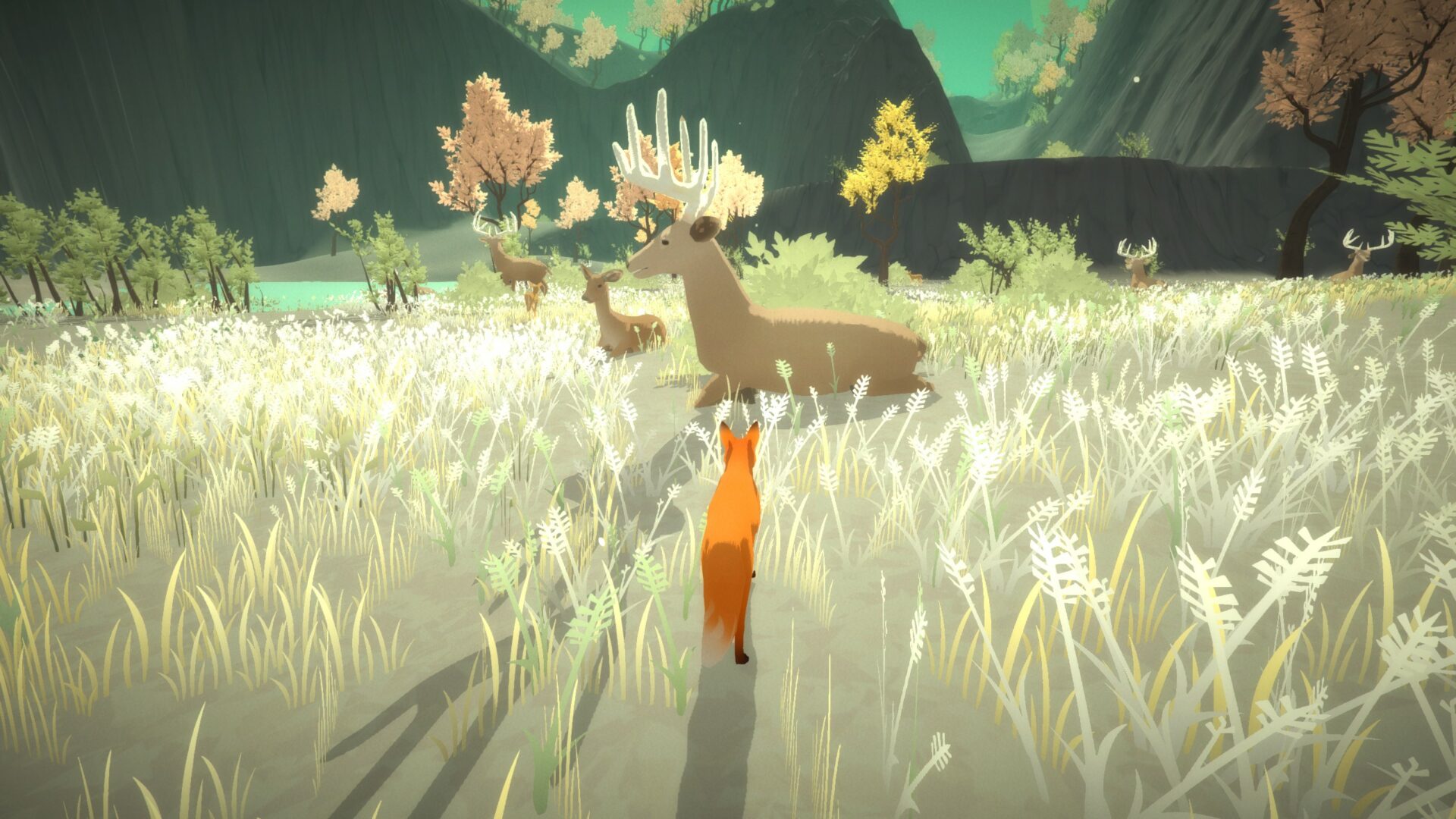 Death is a subject that we all process in different ways. The First Tree takes a look at how a couple cope with grief and how they support each other through this crisis. It’s a beautiful story full of memories and regrets, accompanied by an emotional and passionate soundtrack.

Before the thought of death turns you off this game completely, it is very well captured, and is a tale of humour, light hearted tales and remembrance. Of course inevitably it is a sad story and will resonate more with people who have experienced the death of a loved one.

You are a fox looking for her three cubs who have gone missing.

Travelling across the lands in search for them your quest is entwined with an emotional recollection of a son’s memories of his father.

The two stories interweave each other and the fox acts as our vehicle in telling Joseph’s story about his beloved father.

We hear Joseph’s brief recital of his childhood and his adolescence, his regrets and questionable decisions and ultimately his grief. He is supported by his wife Rachel who tells us of her childhood experiences with her father also.

It’s beautifully narrated and blends in with the music superbly.

We also learn of the fox’s plight and watch events unfold with the search for her cubs.

When you look around the beautiful environment you can see in the distance beacons of light. The beams of light indicate an object that is hidden underneath the ground which the fox can dig up. The object represents a memory which initiates a monologue giving some background to the object and how it fits into the story.

The monologues drive the story forward and you’ll need to find and unearth every memory to progress the story. There are quite a few objects to find and the adventure will take you between two and three hours to complete.

The monologues are beautifully spoken and are pleasant and touching to listen to. They are often accompanied by a memorable and emotional soundtrack which is superbly arranged and although sometimes repetitive, never gets boring.

There are also items of significance near the dig site which tie into the story about to be told.

The fox can also collect stars which are littered around the area, sometimes hidden in remote areas. The stars are only for achievement purposes however but will increase playtime if you are interested in collecting them. There are one hundred and fifty to gather.

Different mechanics are added to the game as you progress including the ability to run, double jump and later to do super jumps.

Super jumps are achieved by collecting butterflies hidden around the biomes. The more butterflies you collect, the higher you will jump, but the linear nature of the game means you’ll only collect what you need to scale a high wall blocking your path.

There are slight puzzle elements in the game. For example, there is a section where you need to locate three rocks to navigate past a blocked passage but these are few and far between. It is a shame there weren’t more puzzles in the game. The ones that are present are easy to solve and are a mere distraction from the endless running.

The areas are reasonably large and are beautiful to traverse, but they do start to look similar, with assets repeated at regular intervals. The landscapes are very pretty and colourful and overall, it looks pleasing. There are around four or five different biomes to travel through.

One of the most annoying features of the game however is the fact that you can wander into the next zone without realizing, and you cannot return. Once you cross the invisible boundary a loading screen appears and that is it. You are in the next biome. I believe this only happens when you have collected all objects but be wary if you want to collect all the stars.

Very colourful and distinctive but slightly repetitive. The fox is animated very well and there is some excellent use of light and shadow. I thought it looked very nice.

I think the voice acting and the musical score are the main attractions in this game. They are both very impressive and enhance the story immensely.

What a beautiful story. Perfect for an evening’s entertainment.

The soundtrack is sumptuous and very emotional. It holds the game together throughout and really emphasizes the poignant parts of the story.

The voice acting is surprisingly good considering it is acted by the developers themselves. I have certainly heard much worse from professional actors. Both the husband and the wife create believable and heartwarming accounts of their experiences.

The visuals are very beautiful although assets do get repeated somewhat. The movement of the animals are very realistic though and overall, it looks great.

The story is very moving and paced well. It is told through the eyes of a fox looking for her cubs who have been lost. This parallel story adds a further touching side to the tale.

Gameplay could be described as a walking simulator with very light puzzle and platforming sections. These are only vehicles to tell the story however and you won’t be challenged or find yourself stuck.

The First Tree is short at around two hours but it delivers a bittersweet and emotional experience which I found touching and thought provoking. The soundtrack is amazing and really tugs at the heartstrings. I would certainly recommend this on sale to anyone who likes a good narrative and/or likes walking simulators.